Today Jill Anderson and I birded Miller Meadow with a quick stop at GAR Woods, also.

Jill was kind enough to drive me again today, and she picked me up from my house right at 3 in the afternoon.

The first birds seen from the parking lot were common ones like robins, starlings, etc., but also a few WILSON'S SNIPE were sighted in the "fluddle" right next to the parking lot.

As Jill and I headed into the preserve, we hit a very productive patch of sparrows. We saw (in decreasing order from most to least common) SONG, AMERICAN TREE, SAVANNAH, SWAMP SPARROWS, and even a VESPER SPARROW, which was a real treat and turned out to be one of the best birds of the day. The Savannah and Swamp Sparrows as well as the Vesper Sparrow were all FOY (first of the year) birds for me, so it was good to get these species so early in our trip. Here are some photos of the sparrow group: 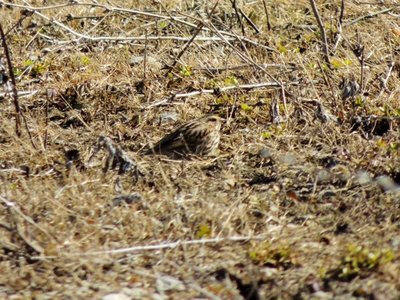 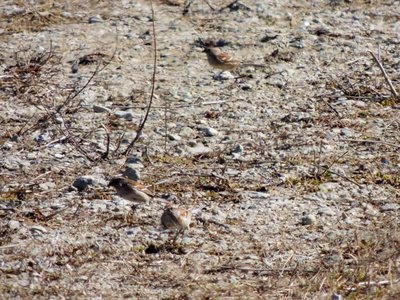 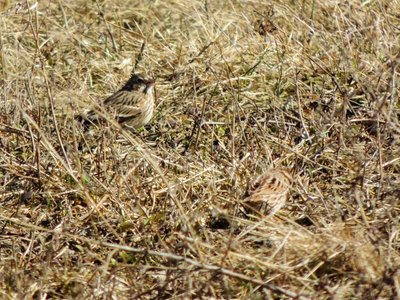 After checking out the sparrow group for a nice long time, Jill and I made our way through the prairie towards the forest. On a pond in the center of the marsh on the edge of the woods, we were pleasantly surprised to see this group of five gorgeous NORTHERN SHOVELERS: 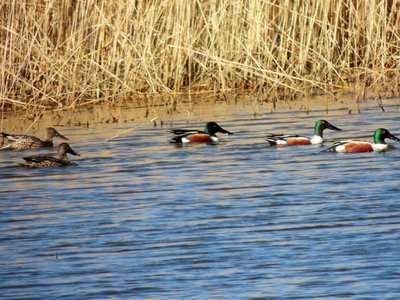 In a marshy part of the woods, I found this FOY EASTERN PHOEBE: 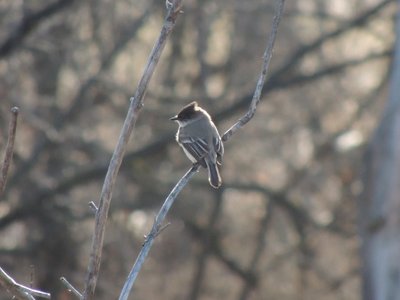 Other than the Phoebe and a GREAT BLUE HERON that flew over while we were in the woodland, it was relatively quiet, so we headed back out onto the meadow. Jill informed me that since it was late afternoon, it was a great time to see hawks and other raptors, and lo and behold, this FOY SHARP-SHINNED HAWK flew over! 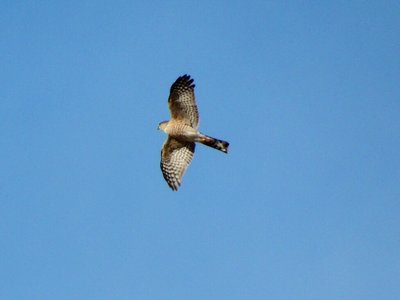 We were on a "raptor roll"; the next raptor species we saw was a pair of AMERICAN KESTRELS doing their courtship ritual dance together in the sky over the prairie; rolling, hovering, clasping each other's talons, etc. It was an amazing sight! 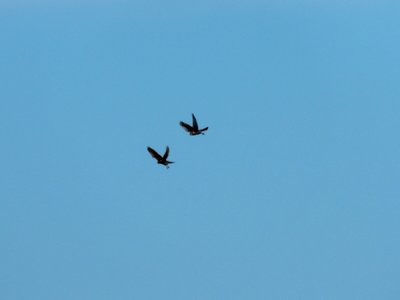 Finally, we saw a RED-TAILED HAWK, NORTHERN HARRIER, and two TURKEY VULTURES to complete our run of raptors for the day.

To end the trip, we headed back to the WILSON'S SNIPE near the parking lot. We counted nine of them, including this very obliging individual: 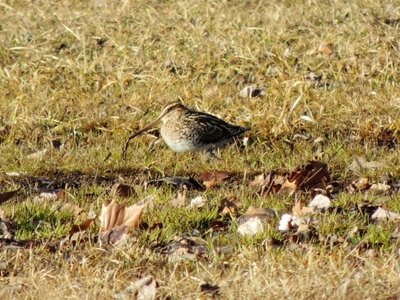 To end the trip, Jill drove me for a quick stop at GAR Woods, where some nice birds were seen such as GREAT BLUE HERONS, WOOD DUCKS, and an EASTERN PHOEBE.

We also spotted the first wildflowers of the season, snowdrops! 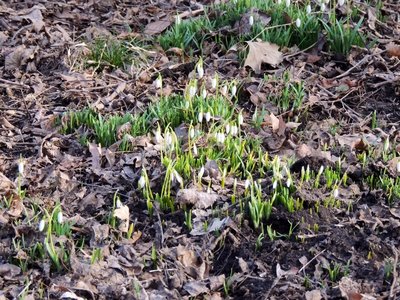 It was a great day of birding. The bird-of-the-day award will go to five birds: VESPER SPARROW, EASTERN PHOEBE, SHARP-SHINNED HAWK, NORTHERN HARRIER, and WILSON'S SNIPE.

Thanks again to Jill Anderson for driving me to these stops and being a great birding buddy.

Finally, here are the eBird lists for today:

Do you eBird? You should!

Posted by skwclar 18:38 Archived in USA