Today I went to Thatcher Woods Forest Preserve yet again because of reports of Rusty Blackbirds that were spotted there yesterday.

Upon arriving, I birded around the soccer field for the first half of my brief visit to Thatcher. I saw many common birds including robins, gulls, grackles, etc., but one spectacle I did not manage to photograph were two pairs of courting RED-TAILED HAWKS. Both pairs screamed at each other, locked talons, dove at each other, and executed plunge-dives high in the air. It was amazing!

The first noteworthy avian species I photographed was this EASTERN PHOEBE: 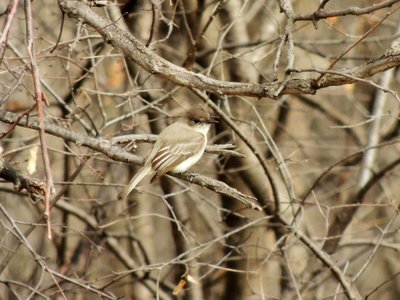 Then, I found this FOY (and very early for this year) HERMIT THRUSH: 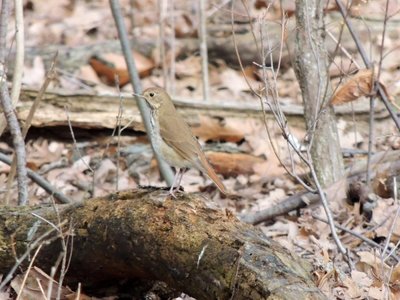 ...and this FOY (first of the year) NORTHERN FLICKER: 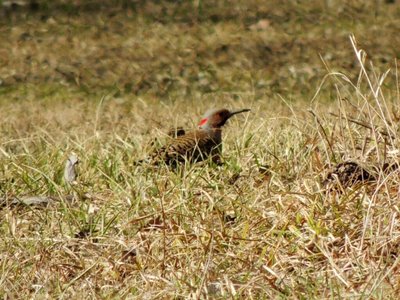 Then, I headed into the flooded woodland south of the soccer field. First, I found this FOY FOX SPARROW; it is always a nice treat to see these beautiful creatures scratching around on the forest floor. It is one of my favorite sparrows: 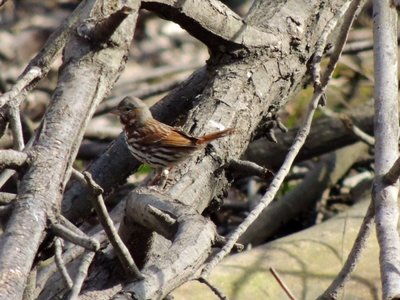 Then, it was time for "deer head photo, part 2" with the arrival of a deer family unit into my vicinity:

Next, I found a medium-sized flock of Icterids (blackbirds). After scanning and picking through the many grackles present, I finally found a single male RUSTY BLACKBIRD! What a great FOY bird! Rusty Blackbirds are federally threatened species and they are in a severe declining population trend, so I was so relieved to finally see one: 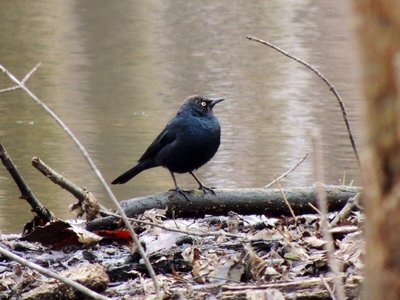 They are definitely not just your common blackbird or grackle; they have such subtly beautiful plumage.

After admiring the bird for a few minutes, I headed back out onto the soccer field, where, by coincidence, I met Charles Berman, who is a great birder and a fantastic photographer. Of course, we had to try to re-find the Rusty Blackbird, so we headed back into the flooded woods, but it was to no avail. Suddenly, a huge raptor burst out of the trees almost directly above us. Once it landed about one hundred yards away, we both shouted in unison, "Great Horned Owl!" And indeed it was, what a magnificent bird. Since it was shy, this was the best photo I got: 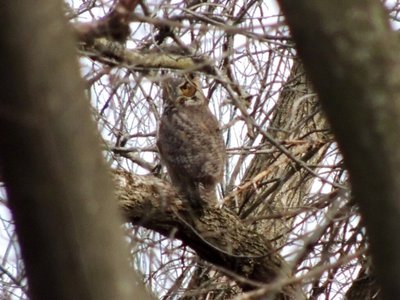 It was one of the most productive birding excursions to Thatcher Woods I have ever had, and it was also very nice to meet Charles Berman.

The bird-of-the-day award will be shared by the RUSTY BLACKBIRDS and the GREAT HORNED OWL, which are both amazing avian treats to see. Runner-up to the early HERMIT THRUSH.

Posted by skwclar 16:28 Archived in USA

How fun to see the Great Horned Owl!
We are heading out to a little park by the La Crosse River to hear the ping of the woodcock and maybe spot a few in the waning light.