Another Day at Thatcher Woods

Today I biked to Thatcher Woods again because of a report of Least Sandpipers that were present there yesterday.

The first good bird was this COOPER'S HAWK: 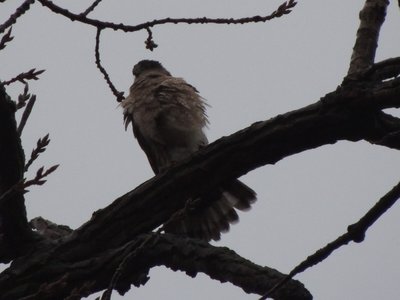 When I arrived at the entrance of Thatcher Woods, I found my first warbly of the year, which makes me very happy, because that means that the multitudes of warblies that pass through during spring aren't too far away! It was this scruffy looking FOY (first of the year) YELLOW-RUMPED WARBLER shivering in the 43-degree cold: 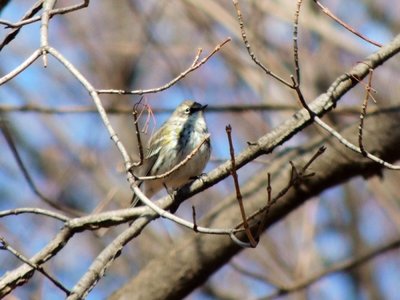 There was a second Yellow-rumped Warbler as well, but I didn't manage to photograph it.

Later I found this FOY RUBY-CROWNED KINGLET, another sign of spring, around the same place as the warbler: 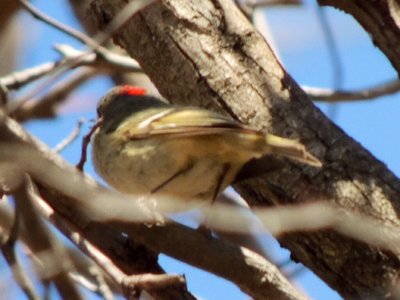 The next good (or bad) bird was an evil YELLOW-BELLIED SAPSUCKER. It was aggressive towards other birds. Here it is photographed dive-bombing a DOWNY WOODPECKER (not shown in the photo): 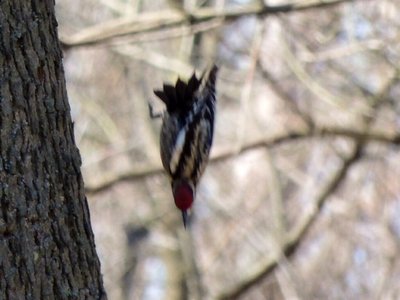 Then, it turned on me and started playing peek-a-boo with me, purposefully keeping me from getting a good picture of it!

Can you see me? 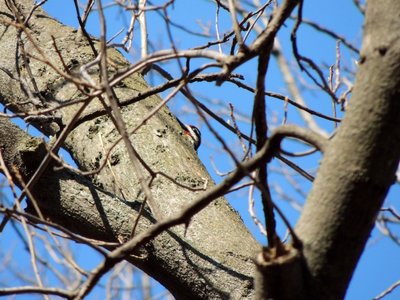 There were many EASTERN PHOEBES present today (a large push in the species' local population numbers since Wednesday was noteworthy), including this guy: 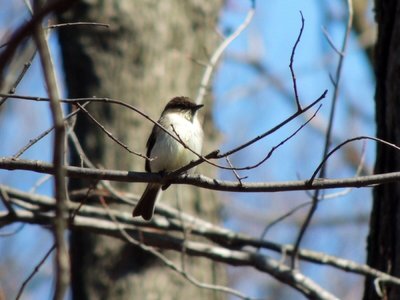 There was also an increase in the number of gorgeous FOX SPARROWS, including this individual: 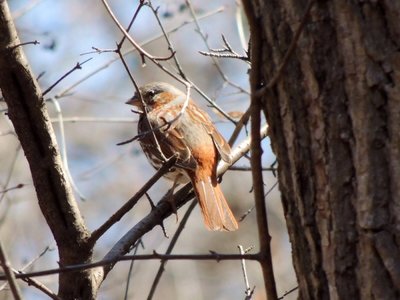 Many White-tailed Deer were present again this time: 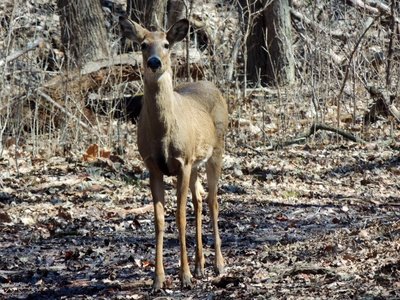 Despite looking diligently for Least Sandpipers, Rusty Blackbirds, and Great Horned Owls, my three target species for the trip, I came up empty on all three birds.

Bird-of-the-day to the FOY YELLOW-RUMPED WARBLERS and runner-up to the FOY GOLDEN-CROWNED KINGLET.

Finally, here is the eBird list for today. I finally made it to thirty species for one trip:

Do you eBird? You should!

Posted by skwclar 19:03 Archived in USA