Today my mom, Pearl, and I took a tour of the Bosphorus River on the city ferry. After another nice breakfast, we arrived at the ferry terminal, and after waiting in one annoying line, we boarded our vessel. It left at the appointed time and we cruised the Bosphorus River, going north from Istanbul all the way to the mouth of the Black Sea. FYI: The Bosphorus connects the Black with the Meditteranean Seas.

On the way there, I didn't sea as much wildlife as I could have because we were sitting in the middle of the boat, which was unlucky, but I moved around a bit and saw some nice birds, such as the ones featured below.

YELKOUAN SHEARWATERS. It was amazing to see these and another species of shearwater which I will show photos of a bit later on in the post, because shearwaters are birds of the open ocean. I did not expect to see them in a river that at its widest is only 1 mile wide. I guess the salty water drew them in since the Bosphorus connects the Black and ultimately the Mediterranean Seas, which are both saline. Another interesting thing about this species is that it is a globally threatened species, so it was great to see and photograph them in the wild. 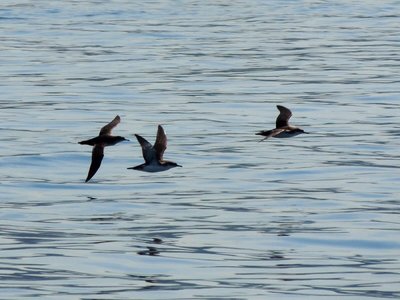 A bit later on in the ride, I photographed this nice building which is the summer home of the political leader of Turkey. I could make a political joke right now, but I think I'll refrain in order to curb an online kerfuffle. 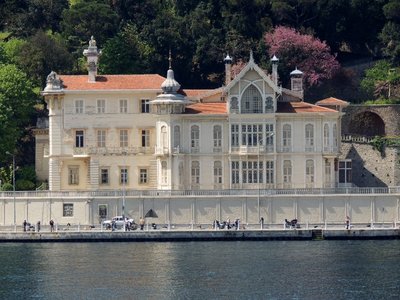 On both ferry rides we saw ships from Turkey, Russia, Italy, and various other countries around the world including this one from Panama! What a funny juxtaposition; our family just visited Panama this past November! 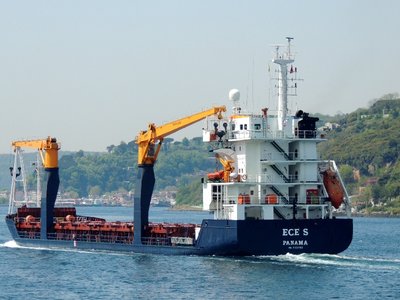 If you are interested, you may read more about that trip on the much earlier posts on this blog.

Shortly before the ferry arrived at our destination, I snapped this shot of an ancient roman castle atop a hill: 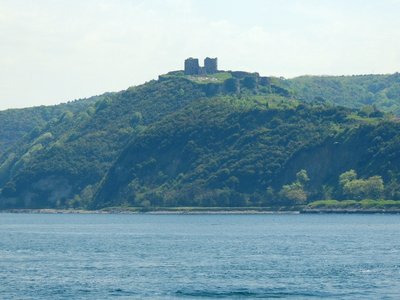 When we arrived to the destination, I snapped this photo of a jellyfish in the river: 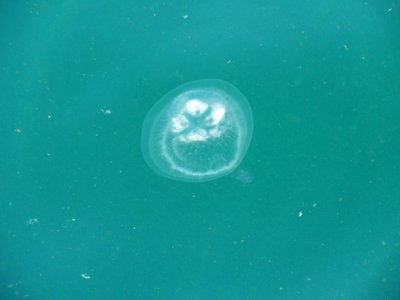 So THAT'S why people aren't swimming in the Bosphorus...

Then, my family and I took a hike up from the cute fishing village and our destination was the ancient roman castle that is pictured above! My mom suspected but was not sure that the castle was the destination of our hike!

At the castle, I got my lifer ALPINE SWIFTS and LESSER KESTREL (not photographed).

The view from the top of the hill was absolutely fantastic. It was comparable to the view from Cape Reinga, the northernmost point in New Zealand we visited in January. We could sea the Black Sea in one direction and the city of Istanbul in the other, with the mighty Bosphorus River connecting the two. Below is the beautiful view of the confluence of the Bosphorus River into the Black Sea, but you have to notice the two towers on either side of the river. Those towers will very soon hold a suspension bridge, so we were lucky see this view before it is completely ruined by something man made and ugly. 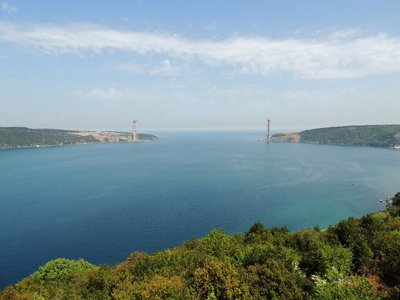 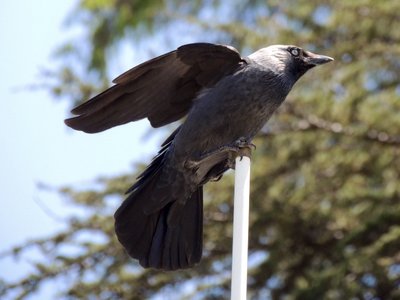 On the ferry ride back to Istanbul I saw more YELKOUAN SHEARWATERS, as well as these life-bird CORY'S SHEARWATERS: 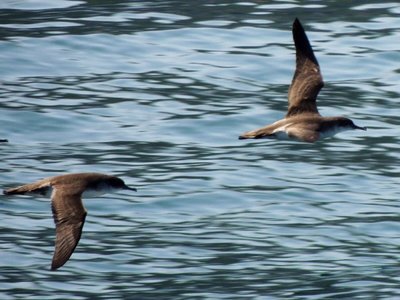 To our immense surprise, we also came across a pod of about thirty dolphins! Not only are these dolphins in an extremely northern locale for their family, but also they were not found in the ocean, but in a river! With the dolphins, jellyfish, and shearwaters combined, I can conclude that this river serves as a microcosm for more typically oceanic species because of its salinity. Very interesting. 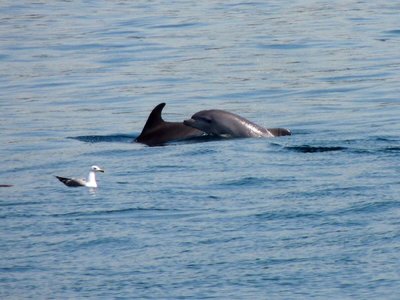 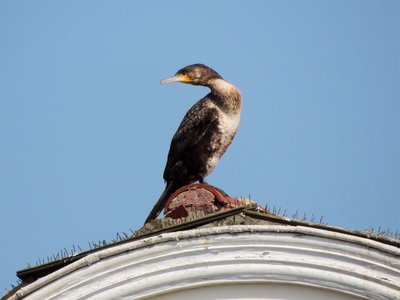 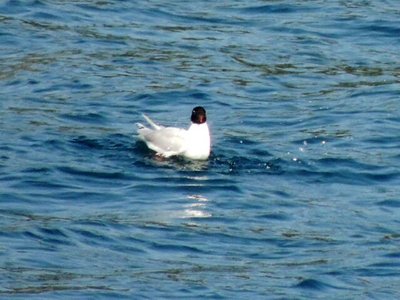 Here is the view of Sultan Ahmed, the "old" neighborhood of Istanbul that contains Hagia Sofia, which you can barely make out in this photo. Our hotel is also located in this neighborhood. 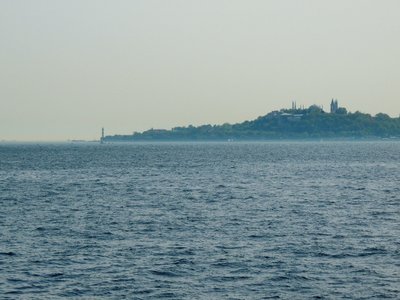 We took the CROWDED tram back to our hotel. There were literally one hundred people jammed into each average-sized tram car. I had to mold my body to fit a space that would have normally fit a pencil, and when I barged into the tram car, I needed to hold my arms out in front of me in order to reserve a standing spot for my mom and sister. I certainly got quite a few dirty looks for that daring move. Here is a photo of my sister in her own personal "jail cell" of humanity: 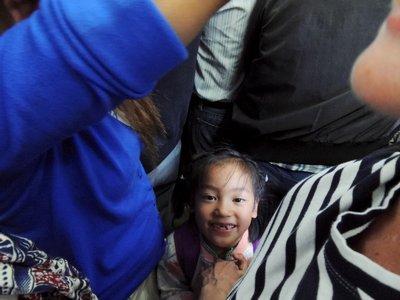 It was an interesting ride. We spent the rest of the day homeschooling, I practiced trumpet, and we had a quick dinner at McD's before Pearl had to go to bed.

Bird-of-the-day to the life bird, globally threatened YELKOUAN SHEARWATERS. They were a nice surprise, along with the runner-up CORY'S SHEARWATERS and MEDITERRANEAN GULLS.

Posted by skwclar 11:29 Archived in Turkey