Today my mom, Pearl, and I traveled to Italy to meet my dad and continue our journey with him.

Our Turkish Airlines flight, on a B737-800, left Istanbul's Ataturk International Airport at 11:45AM. The flight was extremely turbulent (made worse by my mom gasping every time the plane hit a patch of unstable air), and we had a bit of a wacky pilot, although the airline service was superb.

After a frightfully steep ascent from the airport, the service on board was deluxe (even though we were in economy class) with plenty of legroom and a great lunch. The airline offered us a menu for lunch, a complete, delicious meal, and even a chocolate afterwards, despite the fact that the flight was less than 2 hours in duration! Great service; no wonder Turkish Airlines has won the #1 airline in Europe for three years in a row now.

Then, we had a quick descent into Naples, Italy, and as we were coming into the airport, both my mom and I grasped our seats and...

BANG! Our plane hit the ground so hard that the noise was deafening and our gorge rose substantially (thankfully, no one became sick).

There was a moment of silence, and then everyone in the jet broke out in a loud, excited chatter about the extremely rough landing they had just gone through.

It was a weird flight. Since the airport service in Naples put stairs leading both to the front as well as the back doors of the plane, we got off the jet extremely fast (we were in the penultimate row of the plane) and got great seats on the bus. Because we got great seats on the bus, we were able to hurry off the bus first and we were the first ones in the non-existent line for customs.

Suddenly, I looked to my right, and there was my dad peering through the glass at us and laughing his head off because I had made it my personal task to make sure we didn't have to wait in any lines (cue evil laugh).

After the quickest immigration check of our life, my mom, Pearl, and I greeted and hugged my dad and we were on the bus out of there within an hour.

Before going to our hotel, we stopped at the famous Pompeii and took a forty-five minute Rick Steve's audio tour of the place, which was a great decision because Pompeii is huge and we wouldn't have known where to go if we had not done the audio tour. I took many photos, but here are my favorites:

The ruined town with its destroyer, Mt. Vesuvius, looming in the distance: 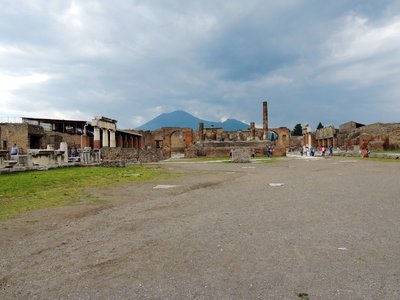 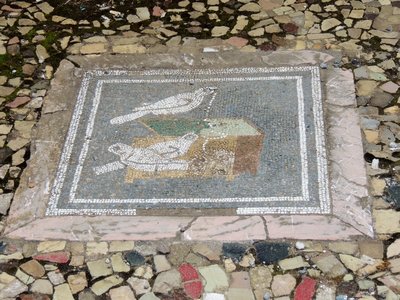 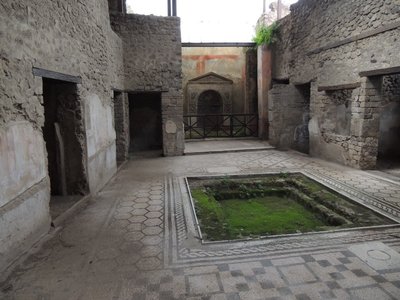 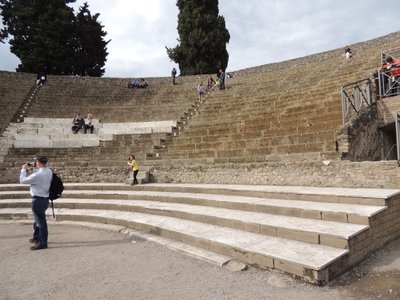 I also saw a few birds there, including the ones pictured below.

Today I had a "Eurasian trifecta!" You'll see what I mean:

First I had a few EURASIAN TREE SPARROWS which I didn't manage to photograph.

Next, I had this EURASIAN COLLARED-DOVE: 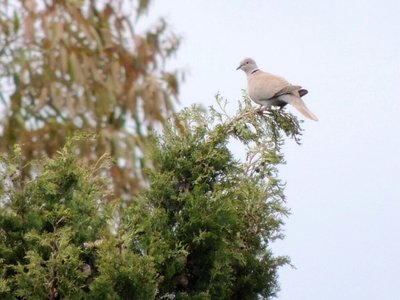 Then, to complete the trifecta, I photographed this dashing EURASIAN MAGPIE: 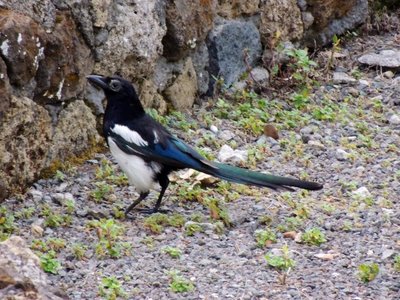 I also saw a bird species I haven't seen since New Zealand: a COMMON BLACKBIRD. They were introduced to New Zealand from this part of the world. 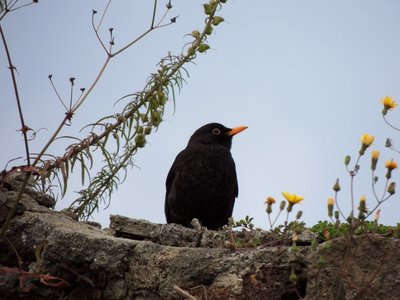 It was amazing touring Pompeii, which was something I had wanted to do my entire life.

Then, my family and I took a city train from Pompeii to the lovely village of Sorrento. It was a perfectly Italian ride, because the train passed through beautiful orchards of lemons and oranges and an accordion player even came aboard and serenaded everyone in our lucky train car with Italian-sounding accordion music.

Finally, we arrived in Sorrento, and after searching for a while, we finally found our apartment which we will be staying in for three nights. We checked in and then had our first Italian meal--a wonderful symphony of fantastic pizzas in a fancy restaurant (margarita pizza for me, of course), followed by an encore of delicious gelato purchased from a local vendor. It was bliss.

The rest of the evening was spent practicing and relaxing.

I gained only one life bird today, a SUBALPINE WARBLER at Pompeii (I didn't manage to photograph it), so that will be the bird-of-the-day. Runner-up to the "trifecta" of Eurasian Collared-doves, Tree Sparrows, and Magpies.

Posted by skwclar 13:14 Archived in Italy