Today my family and I toured the beautiful coastal French province of Normandy. It was a gorgeous day of 70 degrees and absolutely sunny skies, and sadly, it will be our last for quite a while because it will be rainy for the majority of our time in Paris (our next destination).

Anyway, today started out with a deluxe French breakfast cooked by our fabulous host Odille. Even though this was the unthinkable yesterday, it trumped even yesterday's decadent breakfast. 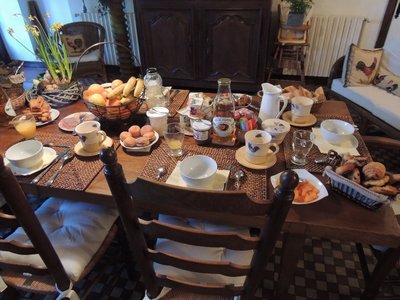 Then, we hopped in the car and started our day tour of the beautiful, historical, and intriguing province of Normandy. Odille's nineteen year-old (!!) dog came to greet us just as we were leaving: 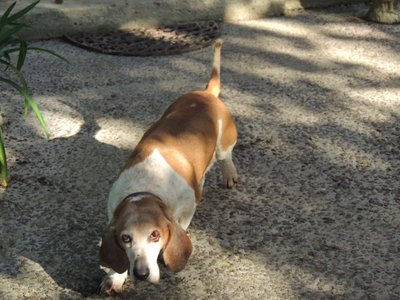 Our first destination was a small museum about D Day. D Day was June 6, 1944, when the American, French, British, and Canadian militaries joined forces and stormed the beaches of Normandy against the Nazis. The Americans by far had the most casualties (I believe somewhere around 10,200 confirmed deaths), but they also conquered the two toughest beaches of the five in total. This would be the start of the Nazi's downfall in Europe.

The museum was small (the way I like 'em), and the highlight was a 20-minute video about that terrible day.

After the museum, I ran into a pretty nice pocket of birds on the way back to the car: 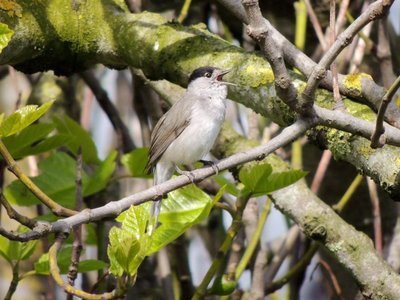 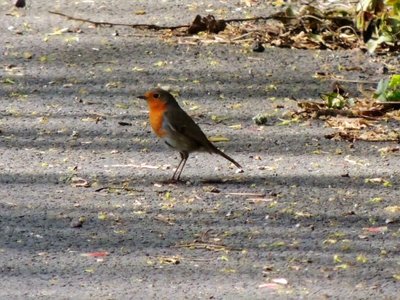 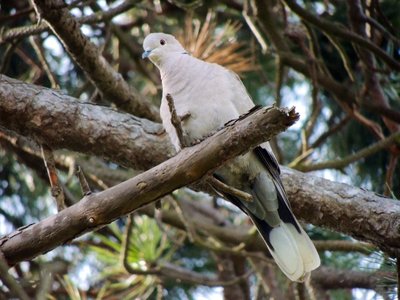 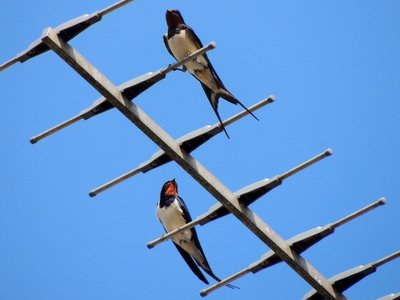 At one point even an extremely out-of-place life bird EURASIAN CURLEW, a large shorebird, flew over (too quickly for photos)!

The next stop was at a place of ruins for small Nazi gun huts atop the cliffs overlooking the English Channel that were used in the war: 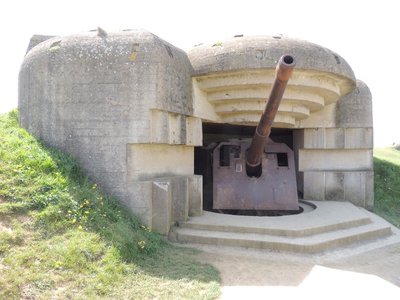 They were in a bushy grassland setting, so I actually managed to see quite a few birds in the area, like the ones photographed below: 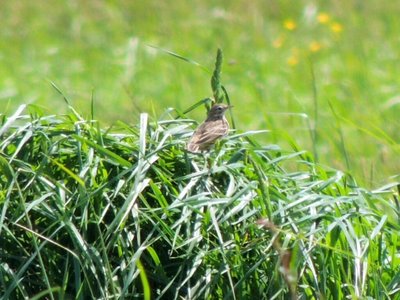 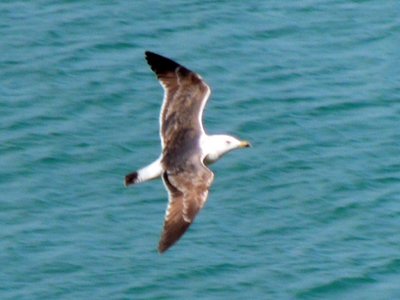 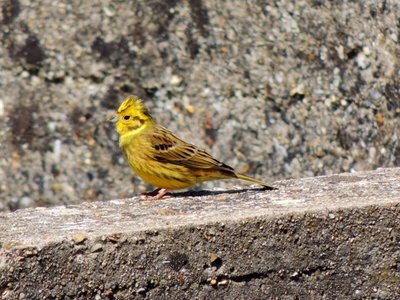 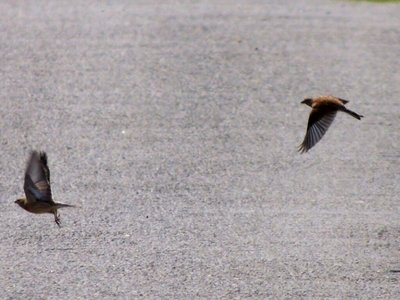 In addition to the passerines (songbirds) and larus species (gulls), there was a nice assortment of raptors overhead as well, such as the following:

COMMON BUZZARD, the most abundant raptor of the day: 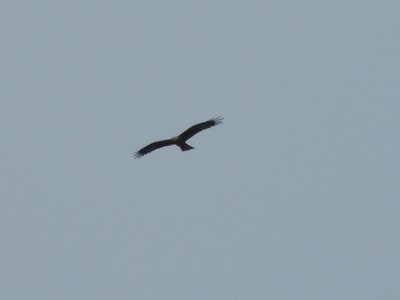 Even this PEREGRINE flew over! 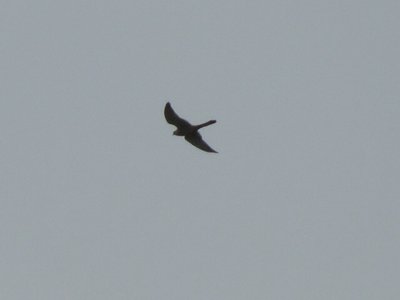 Finally, I spotted my life bird EURASIAN SHAG swimming far out in the English Channel (too far for good photos).

After a quick lunch break, we headed over to the American Cemetery. First, we toured a secure museum and then we headed into the cemetery. It was a very moving experience to see that the monuments of people who gave up their lives for the good of others whom they would never meet, have barely weathered after nearly seventy years of exposure to the elements. 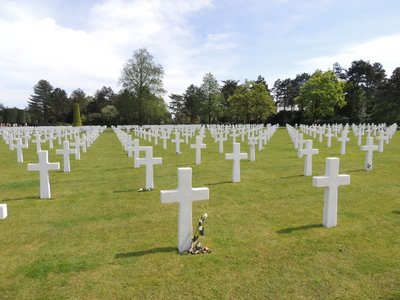 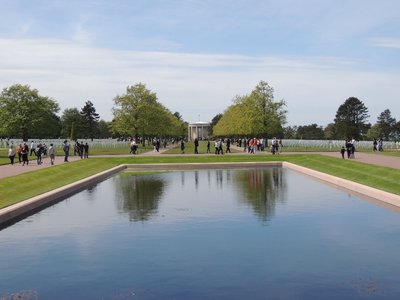 I saw a few common avian species there such as this EURASIAN MAGPIE: 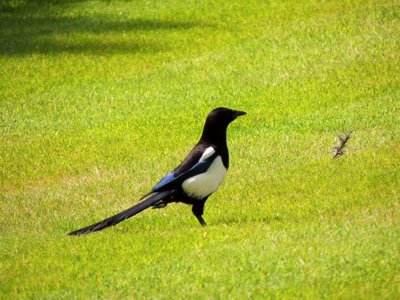 And this female COMMON CHAFFINCH: 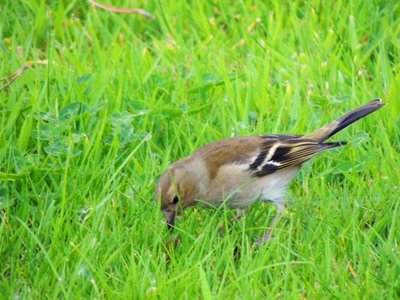 Then, we drove back to the beautiful farm we are staying at and had a lovely, peaceful afternoon (with the exception of my little monke...I mean sister).

Stay tuned because tomorrow, we are off to La Paris.

Here's to hoping that nothing as tragic as D Day will ever happen again: 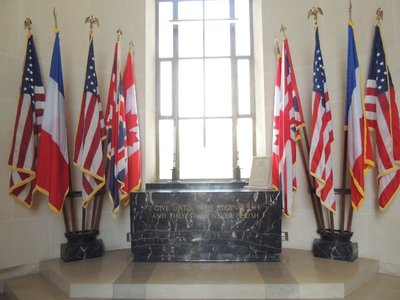 Rick Steve's better watch out, and he has a camera person, you're doing it all. I prefer museums to church's any day of the week though. Looks like another great day, with the Nazis gone too.

Hi Henry,
Your Grandfather Griffin was part of the Normandy invasion during World War II. He never talked to me about it. You should ask your father if he knows any of the story. I tried hard to get your Grandpa to talk about his experiences in France during the war, to no avail. Once I even asked him if he had croissants when he was there and he gave me a cold look and said "Mary, it was in the middle of a WAR!" This really told me a lot! Love, Aunt Mary

Hi there,
If you visit Normandy interested in birding visit Utah Beach Memorial near St Mere Eglise and visit the free birding reserve with blinds at Beaugillot near Utah Beach Memorial and St Come du Mont birding centre near St Mere Eglise and go on a birding cruise on a river boat on the Taute river. Also visit Colonel Rudder Memorial at Pointe du Hoc to see breeding Peregrines and thousands of Black-legged Kittiwakes with Northern Fulmars. Try Caen and the Plaine de Caen to see breeding Hen Harriers. To see Bee-eaters visit Bayeux for the famous Tapestry which is in fact an embroidery where Bee-eaters nest each year and visit Caen and Ouistreham Orne estuary bird reserve at Maison de la Nature of Salanelles at Gros Banc reserve where Nightingales, Bluethroats, Savis Warblers and Fan-tailed Warblers nest with summering Cattle and Great White egrets. Spoonbills and Glossy Ibis visit this reserve from the breeding colony in the Carentan Marshes at St Come du Mont near St Mere Eglise. Kentish Plovers and Avocets near near Mereville-Franceville on the edge of Gros Banc birding reserve which has free blinds.Caspian Tern join summering Little Tern in autumn here on the Normandy Landing beaches where there is a shorebirds roost at the Orne estuary.