Today my family and I traveled to Paris, the largest and most famous city in the wonderful country of France. It was a good day for traveling because it rained most of the day.

We woke up early to eat another fantastic breakfast prepared by Odille, the owner of our farm stay, and then my mom and dad packed while I got Pearl "out of their hair." I managed to bird a bit while entertaining Pearl's happy bottom. I saw a number of species, including this SONG THRUSH: 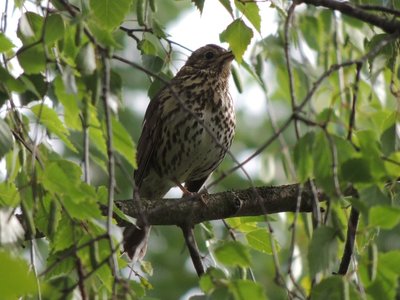 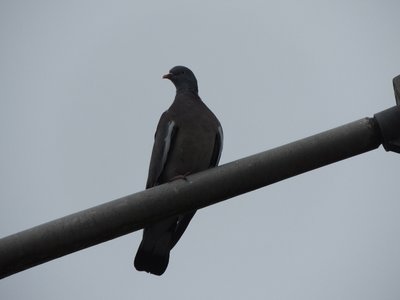 And finally, this EUROPEAN GREENFINCH: 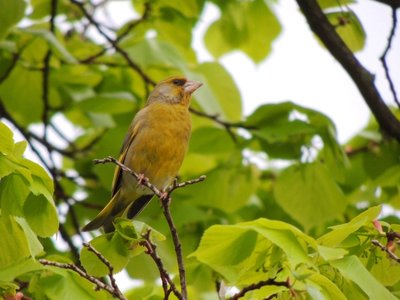 Also seen was an out-of-place life-bird EUROPEAN MOORHEN which didn't allow for photographs.

Then, we drove for about two and a half hours to a nice town called Rouen. Upon arriving there, we dropped off our rental car, managed a quick tour of the beautiful Rouen Cathedral, and hopped on an express train to Paris.

After the 1.5 hour ride into Paris, we took two subways, walked a few blocks, and finally arrived at our nice rental apartment less than a block away from the Seine River. Upon arriving in Paris, I quickly got my life bird CARRION CROWS and EUROPEAN HERRING GULLS.

The evening was devoted to unpacking, eating a chicken dinner, and traveling to and from the famous Arc de Triomphe, more appropriately named "Scaffolding Around the World, Part Quatre!" 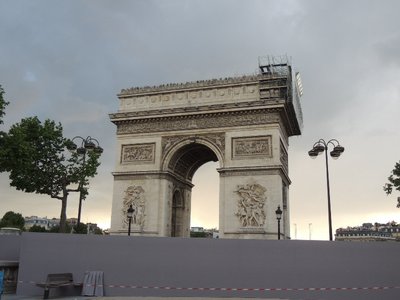 The view from the top, however, was stunning, affording probably the best views we'll get of the Eiffel Tower. It was beautiful in the glow of the evening light. 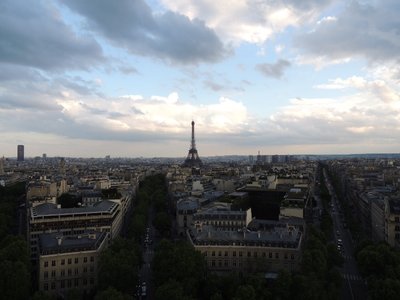 Stay tuned, because the next four nights will be spent here in Paris. Tomorrow, one sightseeing destination will be the Tuileries city park, so there might be a few good birds despite being in an urban setting.

By the way, I am currently revising my life list, so a weird addition or subtraction to the number of species in my life list without actually seeing any new life birds may appear one of these days.

Posted by skwclar 12:48 Archived in France