Today my family and I experienced our first full day in "jolly old England!" It was a good day for traveling because it rained some and was quite chilly, topping out at maybe 50 degrees at most. We expected this weather, however, because it is typical of England any time of year.

We woke up bright and early for our breakfast at the B&B on the grounds of the Caterbury Cathdedral. Then, we said our last goodbyes to the cathedral and walked to the train station. Once there, we caught an express bullet train into London's St. Pancreas Station. From there, it was a quick subway ride and a walk to our hotel, which surprisingly was ready for us, even though it was still late morning. We unpacked our belongings in our [tiny] hotel room and headed out for some sightseeing. 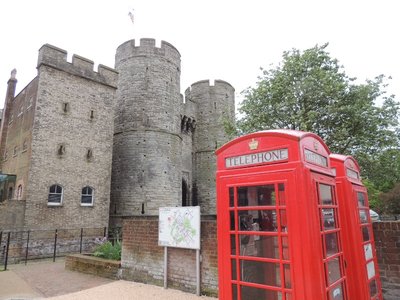 Our first stop was the Benjamin Franklin House, however, when we arrived, we learned that we were twenty minutes early for the tour, so my dad and I headed to a park we had spotted on the walk there. I saw a few interesting birds, including this gorgeous EUROPEAN ROBIN. I had been wanting to get a decent photo of this species for this entire trip, so it was nice to get this photo: 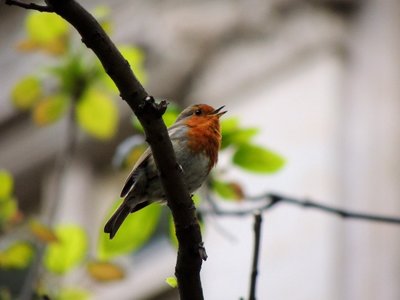 Then, we toured the Benjamin Franklin House, which is a tier 1 British Historic Site, which means that it is on par with the Canterbury Cathedral and Buckingham Palace, despite being a humble home wedged between modern apartments! It was very well kept up and we were told that everything was true to what it looked like in Franklin's time!

One interesting thing they had was a glass harmonica (which was invented by Benjamin Franklin himself). I managed to pick out "Twinkle, Twinkle, Little Star" on the harmonica, and the managers of the house said that that was the longest they had heard anyone successfully play it! Sadly, I don't have any videos or photos to show you from the Franklin House. The glass harmonica looks nothing like and is played nothing like a regular harmonica; I strongly recommend looking it up on the the internet.

The next sightseeing-related activity we took was a boat tour down the narrow Little Venice Canal, a canal that cuts through the residential neighborhood of Little Venice. What a unique name. :-)

I managed to see quite a few birds, including five lifers. The first was a GREYLAG GOOSE which I didn't manage to photograph.

Then, upon arriving at the boat, I immediately gained these three lifers: 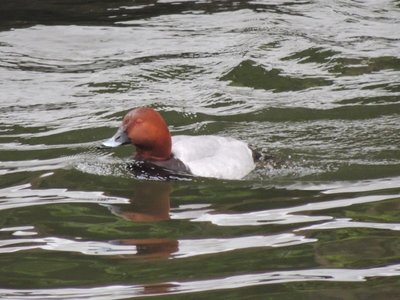 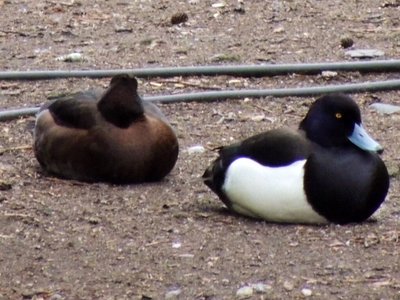 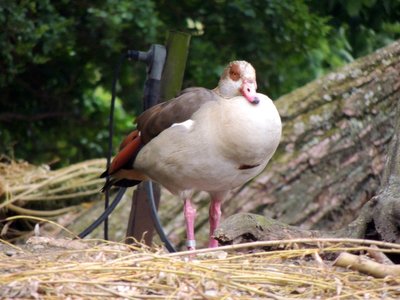 Then, this beautiful MUTE SWAN, a native species here, came along: 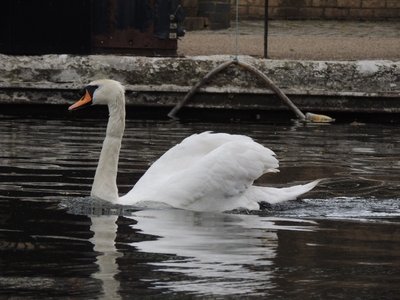 EURASIAN COOTS were common during the first part of the boat ride: 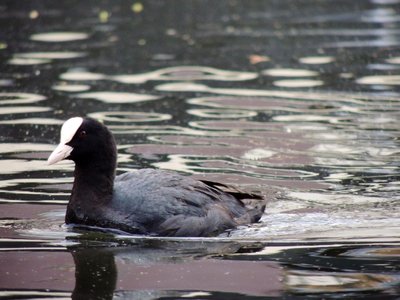 They chose some interested spots to perch and nest. 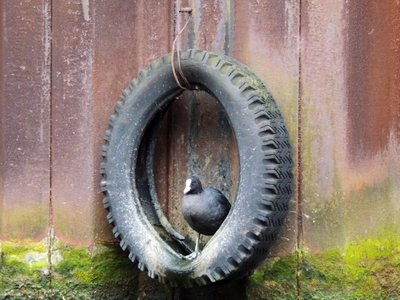 I even saw one nest that was INSIDE of a tyre (English spelling)!

Also, COMMON EURASIAN MOORHENS, a relative of the coot, were common during the second part of the boat ride. Here is a photo of the only individual that was considerate enough to pose for a photo: 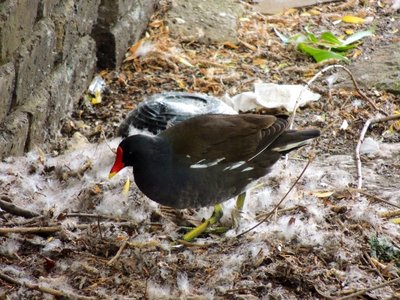 The final life bird I gained on the boat ride was this fancy MANDARIN DUCK (another introduced species of waterfowl): 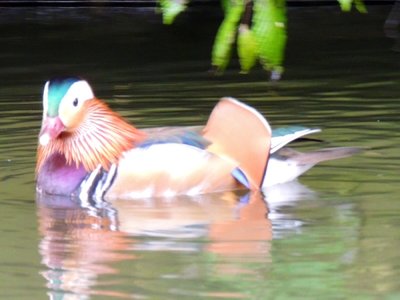 The last bird photo of the day was of this picturesque family of MALLARDS (yet another introduced species): 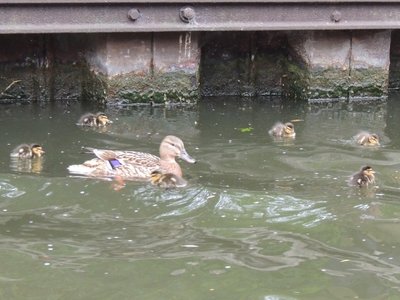 Our final sightseeing destination was the British Library, where we saw many rare, ancient documents such as "Beowulf" and the "Magna Carta."

After a satisfying dinner at a local pub, we settled in for the night in our...cozy...hotel room.

And runner up to the one life bird I didn't photograph:
Greylag Goose

Stay tuned, because tomorrow we will meet my Uncle John, who will accompany us for the remainder of our trip!

Posted by skwclar 12:57 Archived in England