Day 21: A Beautiful Day in London

Today my family and I had a better day touring around the beautiful city of London, England.

We started off the day at our hotel buffet and then walked to the Churchill War Rooms Museum, which was mildly interesting.

On the walk there, we had a great view of Big Ben and the Parliament Building: 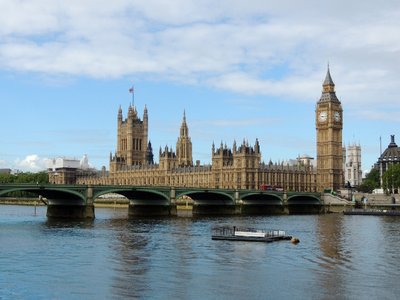 I also saw a few birds, including these: 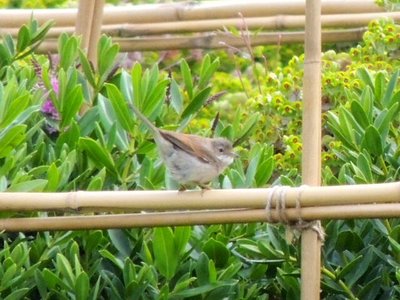 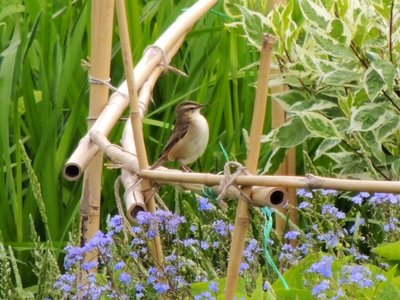 Then, while the rest of my family waited for the "Changing of the Guard" (we were ten minutes early), I went birding for ten minutes at a local park I had spotted on the way. In those ten minutes, I saw many, many species, including the following: 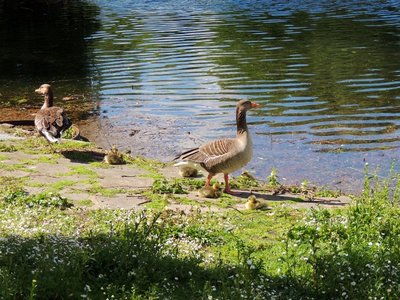 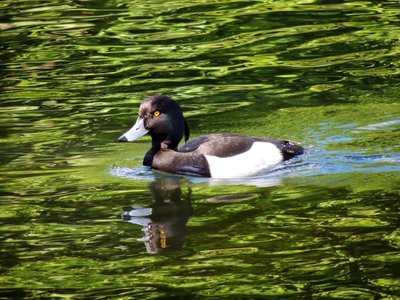 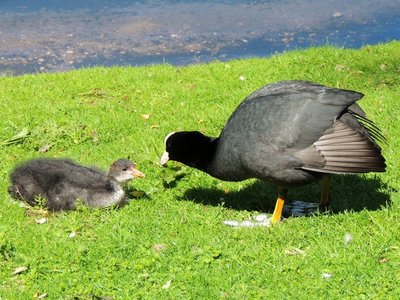 EURASIAN MOORHEN, a relative of the coot: 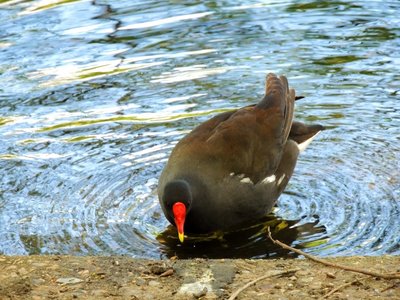 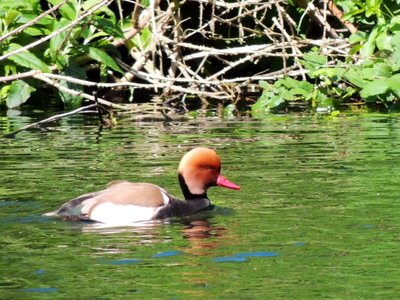 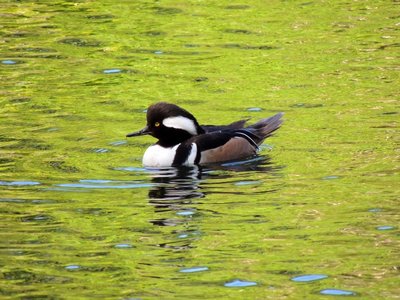 Them, we watched the spectacle of the "Changing of the Guard," where the equestrian guards of the Royal Family change in a very grand manner with much pomp and circumstance, including bugle calls! 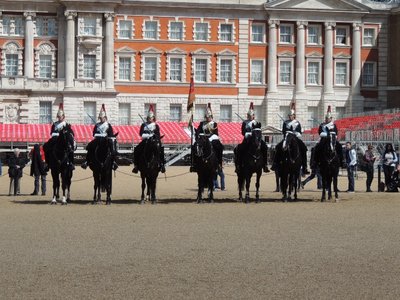 Then, we walked back to our hotel lobby and met my Uncle John! It is so nice to have another familiar person accompanying our family, and Uncle Joh is a great travel partner. Cool fact: he has been on thirty-five cruises!

Then, we hopped on the local commuter train with him and rode out to the Hampton Court Museum, which was where the infamous Henry VIII dwelled for a good deal of his life. The great hall there was amazing: 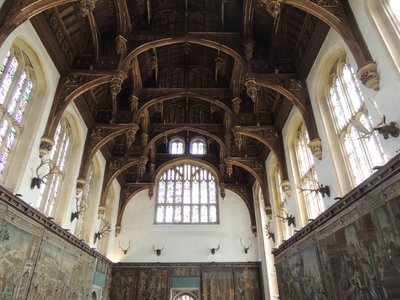 Then, my mom allowed me to skip the second half of the tour (victory!), and let me go birding in the outside gardens instead (double victory!). I saw many great bird species, like the ones I photographed below: 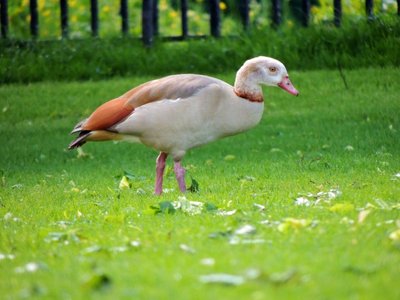 EURASIAN JACKDAW, the most common bird in the park: 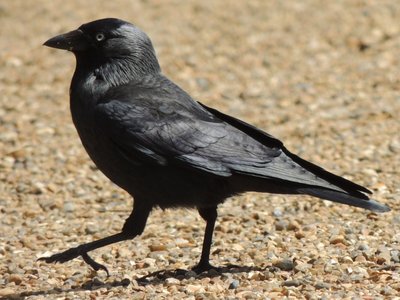 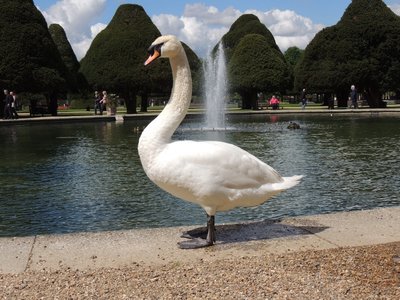 EURASIAN COOT on its nest: 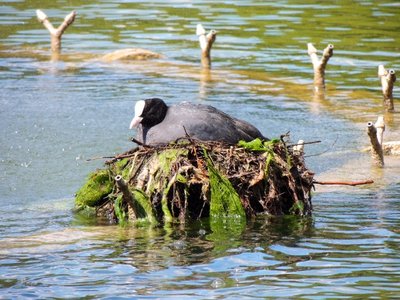 I managed to snap a photo of this GREAT CRESTED GREBE, which only briefly poked its head up to look around between naps. I haven't seen this species since New Zealand! 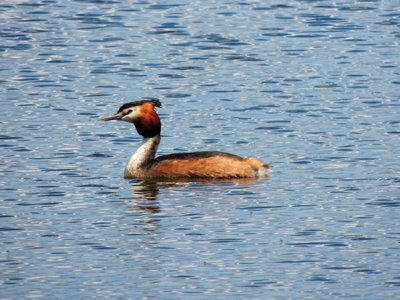 There were many deer on the outskirts of the park, like this speckled fawn: 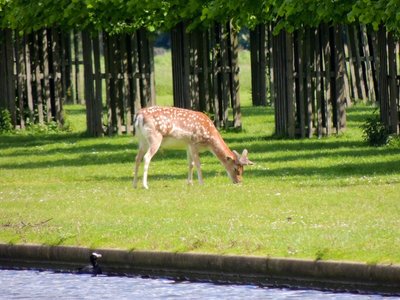 Then, I encountered the "Tale of the Heron and the Crow."

This GREY HERON was just minding its own business when-- 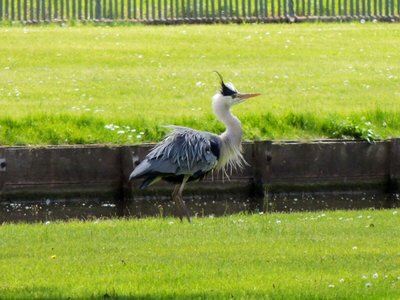 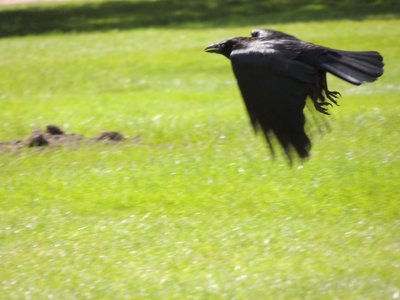 The crow dove and attempted to fly into the heron, which always slightly raised its wings, gave a little leap, and honked, each time the crow got aggressively close: 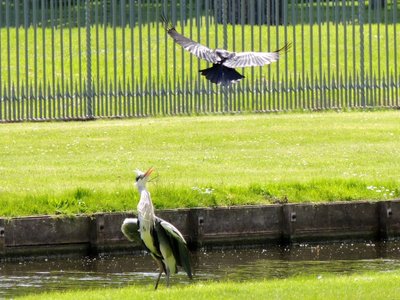 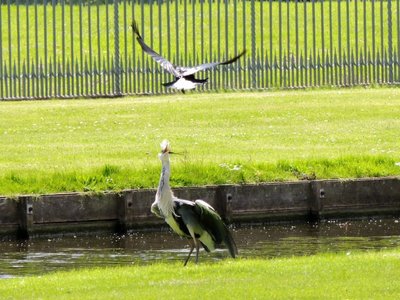 Eventually, the heron succumbed to the crow's malevolent behavior and wearily took flight, only to have the crow right on its tail!

Then, we took the train back to our hotel and rested up a bit. After a nice dinner (although with obnoxiously loud, insipid pop music constantly blaring in the background), my mom and I rode The Tube to the local theatre to see the "new" version of the musical, "Charlie and the Chocolate Factory."

It was a fantastic performance; although lacking a bit in the singing department; the special effects, acting skills, and new songs where very enjoyable and crowd pleasing. I was glad I attended.

Well, that ends the tale for today. Bird-of-the-day to my beautiful life bird Red-crested Pochard, with runners-up to my other life birds today:

It was a nice day. Stay tuned, because tomorrow will be our second and final full day in London, which will include a visit to the London Wetlands Centre, one of the premier birding areas in all of England! I am so excited!

Posted by skwclar 15:42 Archived in England

What an interesting day! Great bird photos! Thanks for sharing.