Today, as you can see from the title, was a very good [make that fantastic] day, with regards to birding. First of all, before I get to the "good part" of today, I need to summarize the morning, of course. It was a dreary English day, with mostly cloudy to overcast skies, temperatures between 45 and 55 degrees Fahrenheit throughout the day, and rain off and on.

After a quick breakfast at our inn, we walked along the Thames River to the re-creation of the Shakespeare Globe Theatre. Along the way, I found this LESSER BLACK-BACKED GULL: 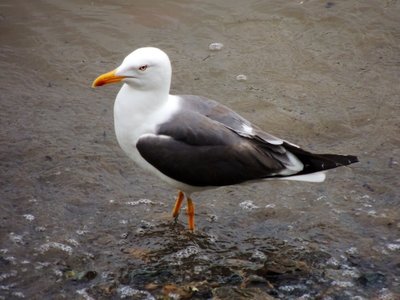 Then, we toured the theatre. Plays are held regularly here from April to October (not in the wintertime since it is open-air, of course), and the theatre is kept as traditionally as possible (from Shakespeare's time). It is the only wood building within a radius of three miles, since it is located in the center of London! We took a lovely guided tour led by a passionate, exuberant women. 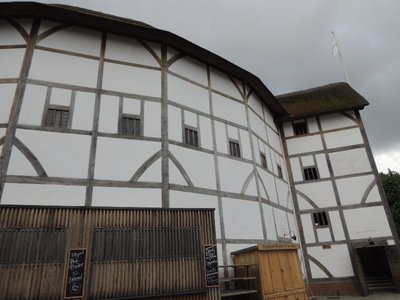 Then, we walked across the Millennium Bridge (which was featured in the 6th Harry Potter movie) towards St. Paul's Cathedral. Here is a view of the modern bridge with the historic cathedral in the background: 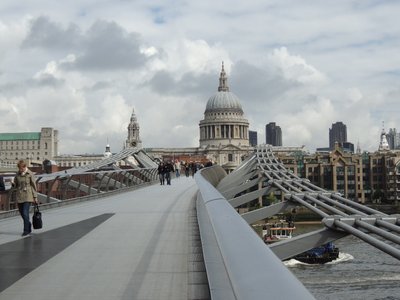 From the bridge, I glimpsed probably my only view of the famous Tower Bridge I will have this trip: 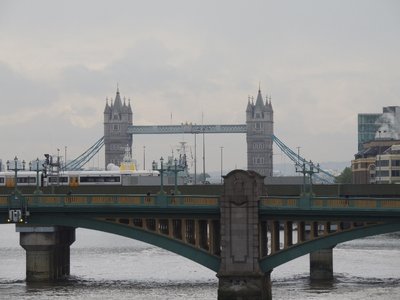 Then, we met my Uncle John at the St. Paul's Cathedral and we all together toured the massive, beautiful Anglican cathedral.

No, we didn't visit the US Capitol Building: 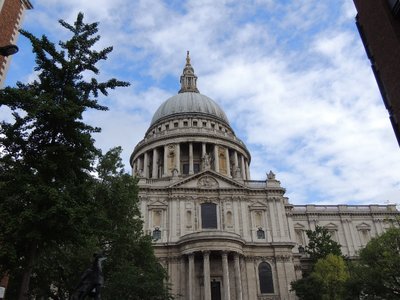 After that, we split forces. Uncle John, my mom, and my sister Pearl, kept sightseeing in the city while my dad and I traveled out to the famous London Wetlands Centre. It is claimed to be one of the premier birding spots in the entire country, and it certainly lived up to its name. The preserve is a mosaic of marshland, open water, and bush, with its main feature being a lake with marshy patches, which acts as a MAGNET for aquatic birds.

Upon arriving, the common birds were established as: 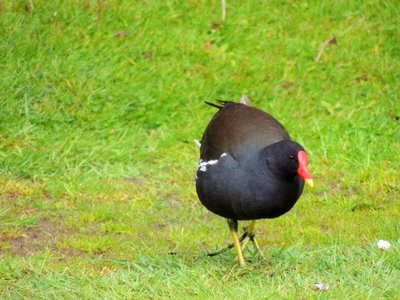 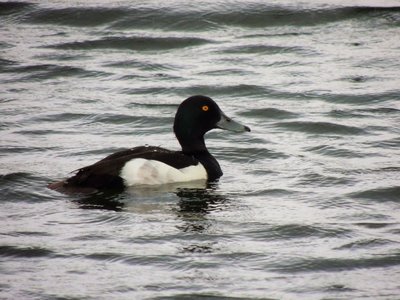 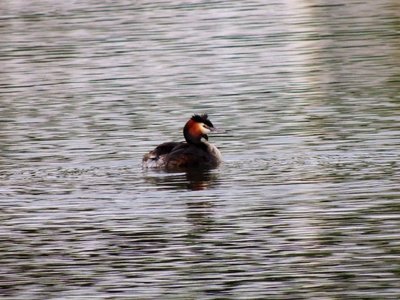 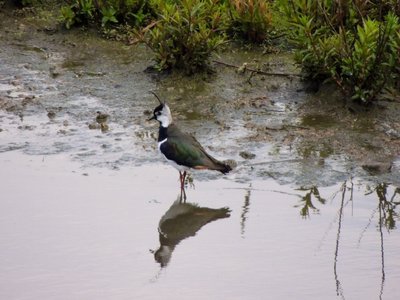 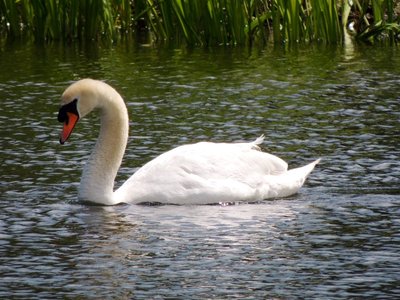 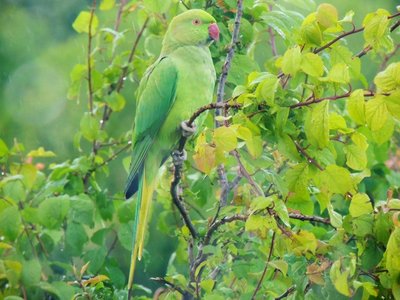 I found this mixed flock of GREAT and LESSER BLACK-BACKED GULLS: 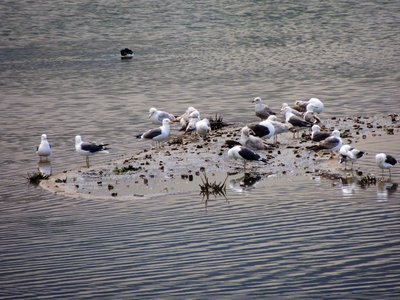 From one of the smaller birding blinds, I spied this reclusive LITTLE GREBE: 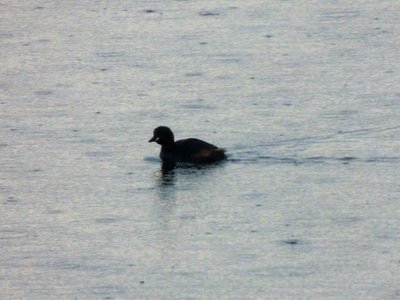 I also heard my life bird REED WRENS singing somewhere in the preserve.

The London Heathrow Airport is close to this preserve, so a few interesting jets passed overhead, such as this Emirates A380, of which I managed a surprisingly good photo: 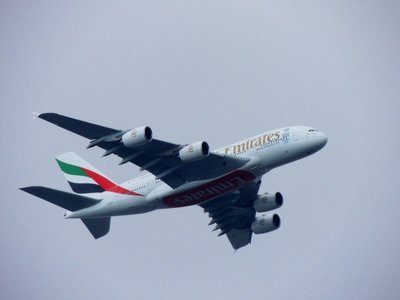 Then, my dad and I continued to the Peacock Blind, a three-story bird blind located in a central position in the preserve, which means that you could see anything and everything from the top! It was the largest bird blind I have ever been in!

First, the locals pointed out the cliff that holds a nesting colony of SAND MARTINS (called Bank Swallows in America): 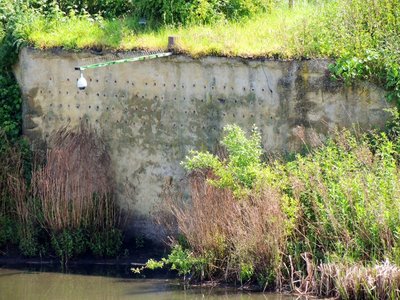 Then, I spotted this "fancy pants" bird, a COMMON REDSHANK! 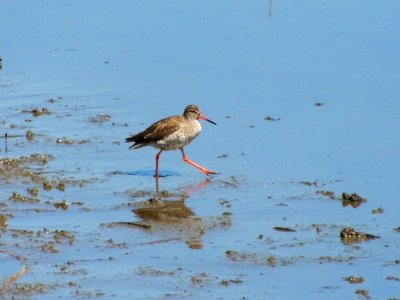 It only got better from there. The local birders informed me that there were two rare species currently in the preserve: Little Ringed Plover and Black-necked Grebe (called Eared Grebe in America). Both of these species would be lifers if I would see them.

The kind birders and I started scanning the preserve in a particularly thorough manner, and within twenty minutes, we had found both rare species!

LITTLE RINGED PLOVER, which turned up surprisingly close to the blind (check out that funky eye-ring!): 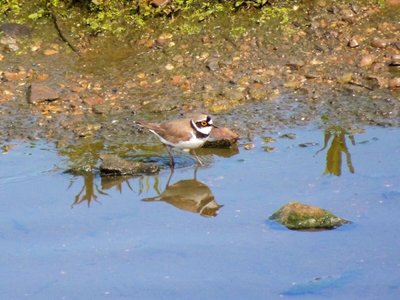 And finally, this BLACK-NECKED GREBE, which is an even rarer bird here, was just close enough for a quick identifiable, but not artistic, photo: 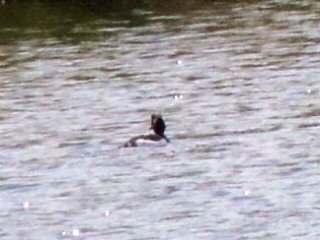 The walk from the Peacock Blind yielded my life bird LONG-TAILED TITS: 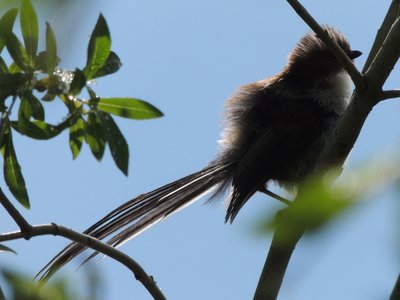 Inside joke for Chicago birders:
TAKE THAT MONTROSE POINT!

Then, we spent a quiet evening including a fine dinner out with my uncle and some family friends.

It was an AWESOME day of the BEST birding so far this trip! Bird-of-the-day will be shared by the BLACK-NECKED GREBE and the LITTLE RINGED PLOVER. Despite the BNGR being a rarer species, I obtained a better photo of the LRPL; otherwise BNGR would have been the clear winner. Runners-up to the "fancy pants" birds today: COMMON REDSHANK and LONG-TAILED TIT.

Stay tuned, because tomorrow we travel to the Oxford area in the English countryside with my Uncle John.

(not in taxonomic order):

Posted by skwclar 12:57 Archived in England

Looks like and reads like an avian day, and with great success. France has the least open park area for all of Europe and England has the highest. That's because of the Monarchs lands which are now mostly public. Be careful in Oxford, by the waters many like to skull.