Day 24: A Big Day of Hiking, Little of Birding

Today was our family's only full day in the beautiful part of south-central England called the Cotswolds. I took two hikes, one with the entire family and Uncle John, and the other only with my father. It was a gorgeous, partly sunny day with temperatures topping out at a "sizzling hot" (for England) 73 degrees.

The first hike was about three miles of walking in gently rolling farmland.

COMMON BUZZARDS were, well, common, through the day: 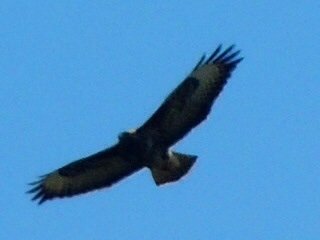 This YELLOWHAMMER was also nice: 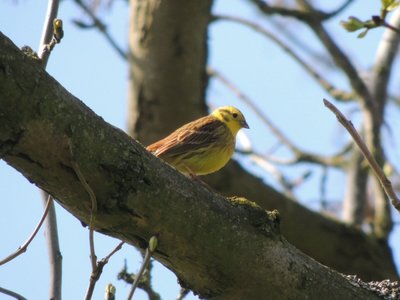 The high point of the hike was summiting a beautiful hill that afforded nice views of the surrounding lush English countryside: 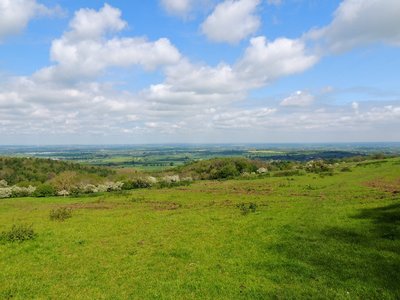 Then, after lunch back at our beautiful B & B on the outskirts of our town called Chipping Campden, my dad and I started on our long, relatively bird-less, but nevertheless beautiful five-hour hike. Birds seen and/or heard but not photographed were more COMMON PHEASANT, BLUE and GREAT TITS, as well as my two life birds for today: COAL TIT and GOLDCREST.

Two high points of the hike were...

1) Summiting a large hill with a great view: 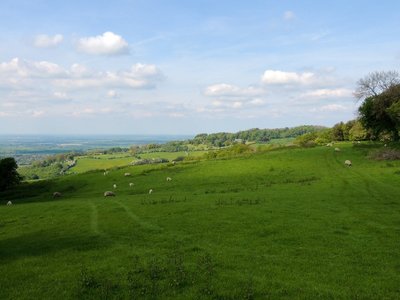 2) Seeing this ancient tower up close: 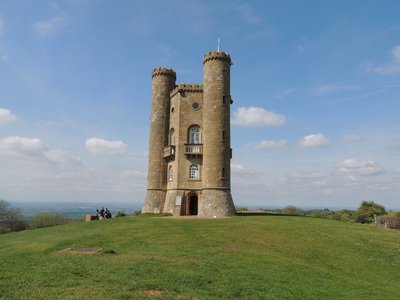 Two low points of the hike were...

1) Missing the beautiful Red Kites which are supposed to nest somewhere near the tower pictured above.

2) Both of us getting pooped on by an invasive Gray Squirrel (from America). Not only is it disgusting to be excreted upon by a squirrel, but it is made even more humiliating by being pooped on by a nonnative squirrel.

Altogether, it was a nice day. Bird-of-the-day to my life bird COAL TITS and runner-up to the YELLOWHAMMER, the only bird of which I managed a decent photograph. No awards to the missing Red Kites.

Tomorrow my family and Uncle John will drive to Bath, in the far southern (I think) end of the Cotswolds (I believe we will stay there for three nights).

At this point I am doubting that I will reach my goal for this year: reaching 700 species on my life list by the end of May. However, with the combination of snagging the tail end of spring migration when I arrive home in Chicago, as well as some AMAZING birding trips I have planned for this summer, I have high hopes that I will reach 700 by the end of the summer!

Posted by skwclar 13:22 Archived in England