A Week of Fantastic Birding

This week was devoted to birding the migration madness coming through my neighborhood, as well as leading Oak Park Bird Walks. I have seen SO many birds this week. Here are some of the more interesting statistics for this week:

9 species I have never seen before this week in my neighborhood:

Finally, I have identified 22 warbler species in total this week, just from looking around my neighborhood!

Here are some of the best/most interesting photos from this week (all pictures were taken in my neighborhood):

A beautiful CANADA WARBLER seen less than five minutes after I arrived home from my Europe trip. Surely it was a good omen for what turned out to be an ultra-productive week. 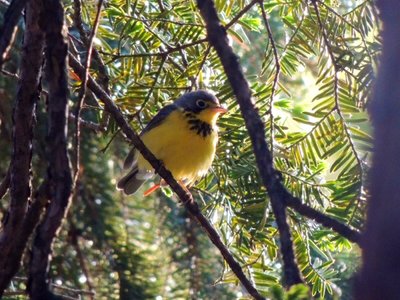 I found this stunning male BLACKBURNIAN WARBLER simply by looking up into one of my trees in the backyard: 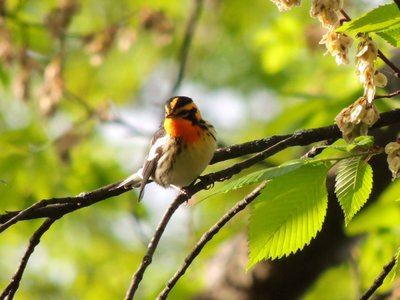 I was overjoyed when I captured this image of two rare BAY-BREASTED WARBLERS in the same photo! 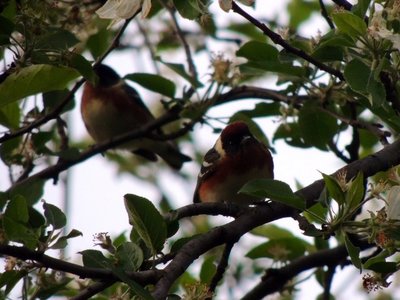 One life bird I gained this week was this diminutive LEAST FLYCATCHER: 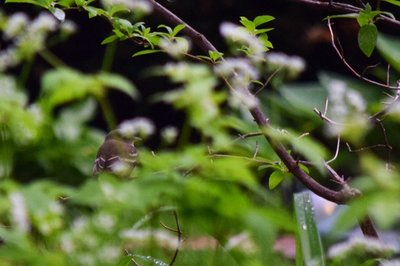 A backyard OVENBIRD was also a pleasant surprise: 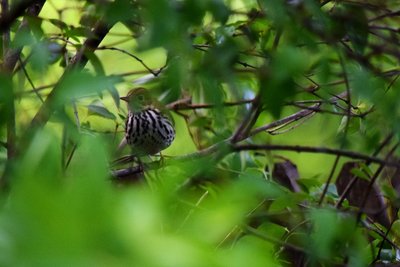 I saw a few SCARLET TANAGERS in my neighborhood this week, including this beautiful yet stubborn male bird who stayed at the top of a giant ash tree, limiting me to this pixelated image of him: 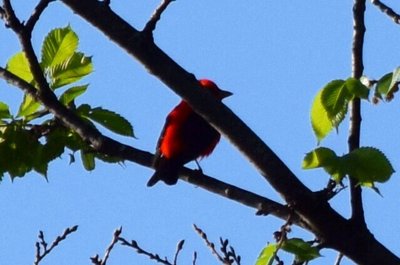 The star of the week, however, was my life-bird GOLDEN-WINGED WARBLER, because it was a new bird for me and it happens to be a federally threatened species that just showed up in my backyard one day! I only managed a very blurry shot of him: 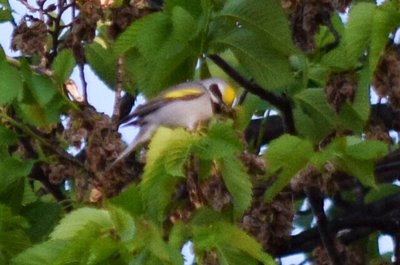 Pretty little COMMON YELLOWTHROATS were, well, common throughout the week: 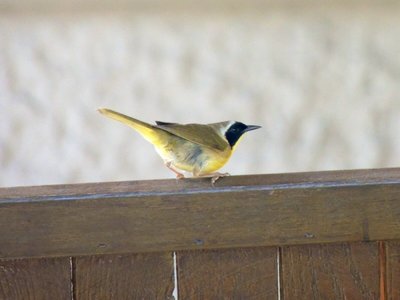 As were subtly beautiful RED-EYED VIREOS, such as this one: 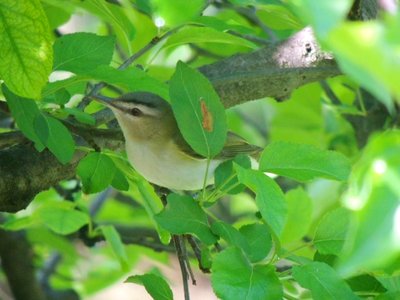 The best bird I found today on the neighborhood bird walk I led was an extremely--EXTREMELY--rare CONNECTICUT WARBLER. I managed to capture a video of it singing, and I was lucky because these birds tend to not show themselves very easily. This one, however, was relatively out in the open!

It has been a fabulous week, and it will continue to be, because tomorrow my mom and I will start our weekend trip to the campground she owns in Michigan. One stop I am hoping to fit in is to Yankee Springs State Recreation Area, where hopefully I will find the endangered Cerulean Warbler! I don't have wifi there, so I will post when I arrive back home on Tuesday.

Posted by skwclar 10:49 Archived in USA