With the Illinois, Iowa, and Wisconsin Young Birders!

This weekend I have been in the Mississippi River Valley in northwest Illinois and eastern Iowa. It was a joint overnight field trip with the Illinois, Iowa, and Wisconsin Young Birders Clubs. This was an absolutely awesome weekend with great people and great birds, including 4 lifers! Here is the full trip report:

Yesterday (Saturday, June 14), my mom and I left Oak Park in our car at 8:45am and we drove the 2.5-hour drive to Carroll County on the Illinois shore of the Mississippi River.

After a few stops along the way, we met the other birders at Mississippi Palisades State Park at 12 noon.

I ate a quick lunch and then us 24 young birders split into 2 groups. Both groups birded the surrounding Mississippi Palisades State Park, but just in different areas. MPSP is renowned for its breeding forest birds, especially warblers. This state park helped us boost our warbler total for the day yesterday to ten species (which is a really good total for summer), including this lovely BLUE-WINGED WARBLER, which is an uncommon sight: 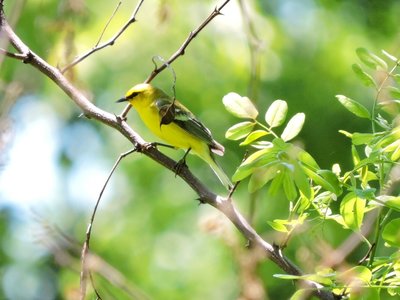 Then, we drove over to the Lost Mound Unit of the nearby Mississippi River Fish and Wildlife Refuge and we saw many open-country birds including some uncommon species. Here are some photos: 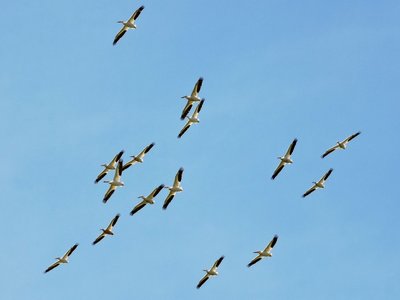 This GRASSHOPPER SPARROW, a rare species, was a life bird for me: 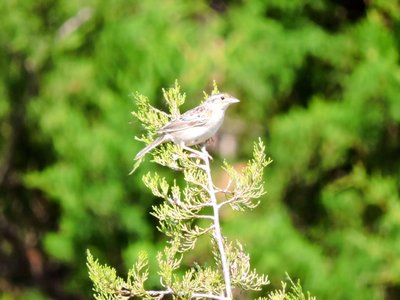 LARK SPARROWS, like this one, are even more uncommon, but I had seen this species once before: 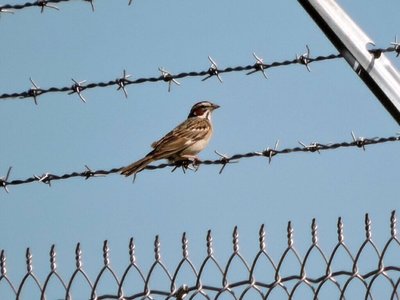 Then, all of the young birders shared a lovely pizza dinner together. No, we didn't eat at this classy place: 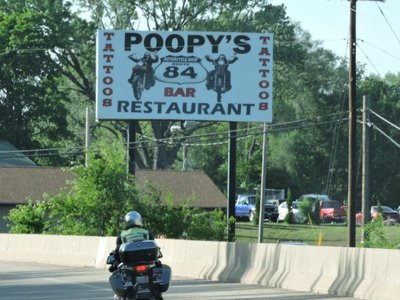 A nice treat was seeing a PEREGRINE FALCON, which nest on a large structure near the pizza restaurant: 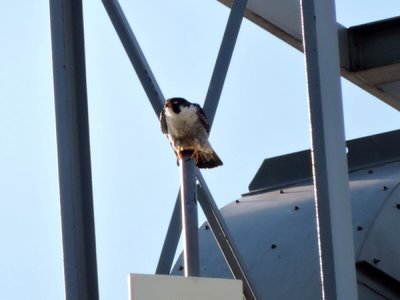 After seeing the falcon, everyone drove to the Lost Mound Unit again for an owling expedition. I found this beautiful male BALTIMORE ORIOLE along the way: 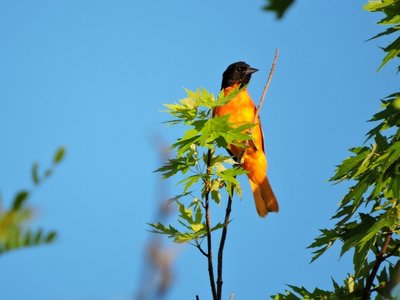 Upon arriving, we met our "owler" for the night who have us a special presentation on owls. Then, we all drove with him to a few places in the preserve at which he said Barred Owls are regular visitors. Immediately, we picked up classic nightjar species such as COMMON NIGHTHAWK and EASTERN WHIP-POOR-WILL. The owler was a very rotund man who, when he called the owls, his body absolutely shook. His loud, realistic owl calls resonated through the forest, and soon we had two real live BARRED OWLS calling back at us! It is always nice to have the chance to listen to owls.

After a long drive to our motel for the night, we tucked away in bed. Here is the total species list for yesterday, Saturday, June 14:

My mom and I woke up bright and early this morning for more birding with the other young birders.

Our first stop was Green Island Wildlife Area on the Iowa side of the Mississippi River, where we focused on marsh birds. It was very successful, and many marsh species were seen including the ones pictured below as well as a calling LEAST BITTERN, which was a life bird for me! Here are some photos: 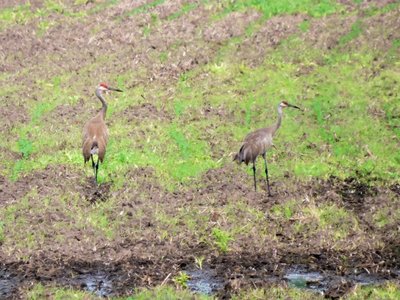 A roost of DOUBLE-CRESTED CORMORANTS: 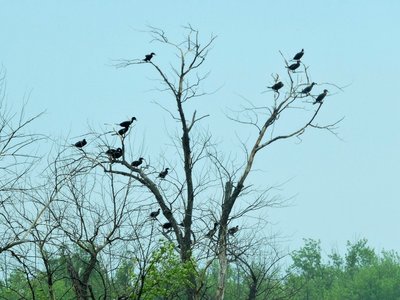 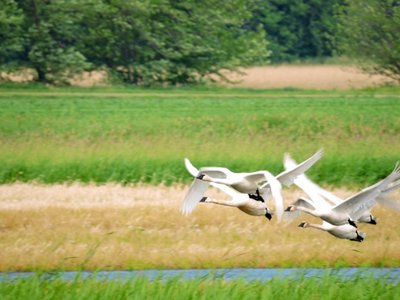 A funny PIED-BILLED GREBE (I don't see any pie on its bill!): 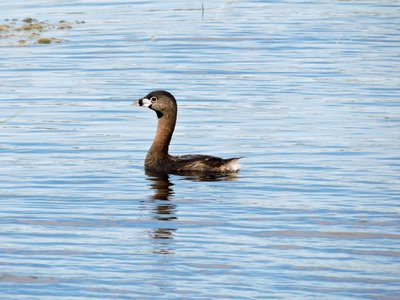 Other non-avian marsh creatures were seen as well, such as fish, muskrats, and these Red-eared Slider Turtles: 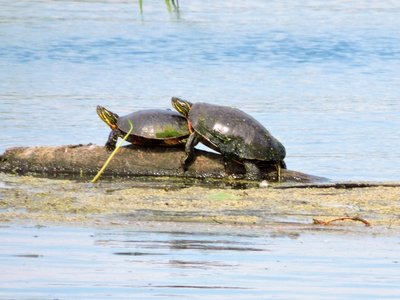 Then, just before noon, our sub-group joined back up with the others to form a larger group to meet for lunch for a final time at Mississippi Palisades State Park. Before eating, I found a few nice birds such as a lovely NORTHERN PARULA and this HOUSE WREN: 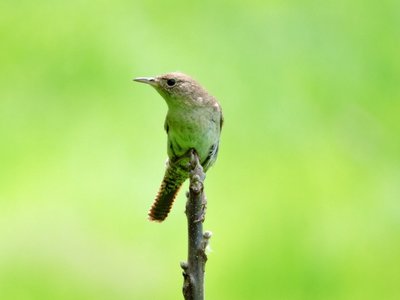 As well as this delightful, rare YELLOW-THROATED WARBLER, which surprisingly sat still for a half-decent photograph: 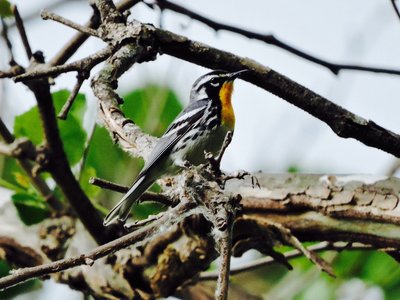 It was a fantastic end to the trip, and it was great to see and meet other birders my age from around the Midwest. The bird-of-the weekend award will be shared by my four life birds I gained on this trip: KENTUCKY WARBLER, GRASSHOPPER SPARROW, BLUE GROSBEAK, and LEAST BITTERN, bringing my world life list up to 671 avian species.

It was an uneventful drive back to Chicago, where I spent a quiet remainder of the evening. Here is the bird list for today:

Stay tuned for a post this Tuesday about much more local, but still exciting, birding!

Posted by skwclar 17:09 Archived in USA