Today my mom picked me up from my aunt and uncle and we drove up from western Wisconsin to Madeline Island, a beautiful island in the Apostle Islands chain in Lake Superior north of mainland Wisconsin (we took the ferry across from Bayfield). We will remain here a week and I will be birding (while battling the swarms of ferocious mosquitos found here) everyday while my mom teaches with her friends at the Madeline Island Music Camp.

The birding here is like nothing I have ever done before because Madeline Island is in the "boreal" or "north woods" region of North America, and most of the birds found here are radically different from the species found, say, in the "temperate" climate like that of the Chicago area or western Wisconsin.

I saw a few nice birds along the drive, including my first COMMON LOON of the year, a family of SANDHILL CRANES, and a hunting EASTERN BLUEBIRD.

Once we arrived at the island in late afternoon, I went for a short birding bike ride and found some other nice species including the ones pictured below: 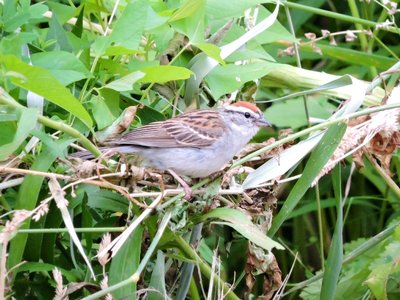 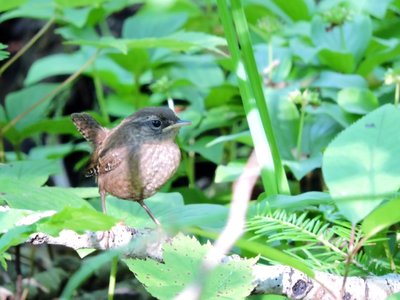 The star of the afternoon and the bird-of-the-day, in my opinion, was this beautiful male BLACK-THROATED GREEN WARBLER who posed very nicely (with a grub in his mouth) for this photo: 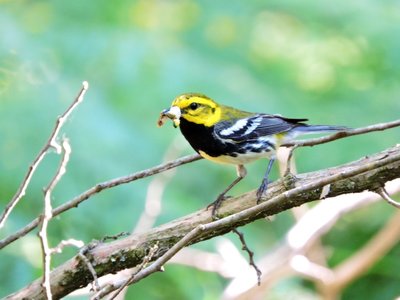 It was a great day, and I am excited for more of this different type of birding for this coming week!

Posted by skwclar 17:26 Archived in USA