Due to blog malfunctions, as you may have been aware of, I did not post yesterday, so today is a "catch-up" post for the two first days I have spent on the quiet and supremely beautiful (not to mention supremely mosquito-infested) Madeline Island in the Apostle Islands chain of Lake Superior. Both days, my mornings were spent birding from my bike and my afternoons were spent practicing and relaxing. Biking is the only way to see enough of the island to find good birds and good birding places, because my mom and I carpooled with one of her friends up here, so we don't have a car, and walking isn't an option because I wouldn't cover enough ground.

Yesterday morning's bike ride from 6:45am-9:00am was very pleasant, I saw many good birds, and best of all it was a "balmy" (for up here) 70 degrees (especially when compared to today when it was 50 degrees the entire morning, brrrr!). So, here are some photos from yesterday: 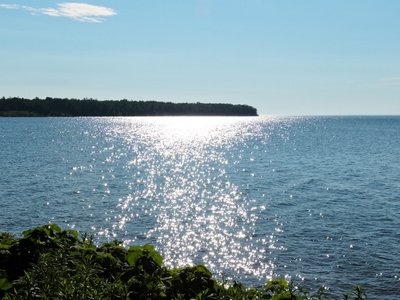 Male NORTHERN PARULA. Parulas, like many of the other species that nest up here in the summer, are only transient birds through the Chicago/Oak Park area, so it is nice to see these species on their nesting grounds. 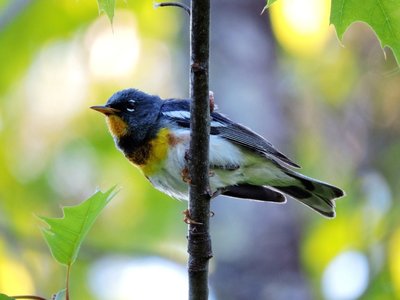 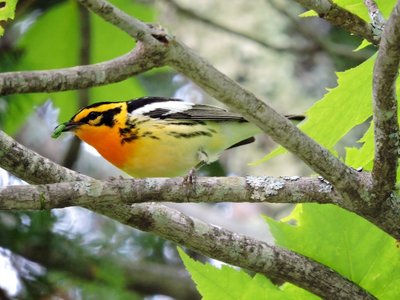 Today's morning bike ride was very cool...in both senses of the word! Pictures are below: 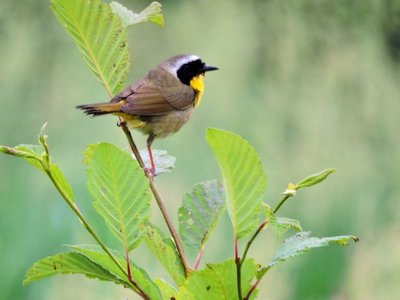 It was very, very nice to see this CLAY-COLORED SPARROW, a diminutive and uncommon grassland bird that I have been yearning to photograph for over a year now: 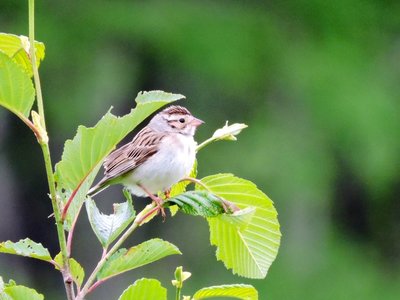 Cute RED-BREASTED NUTHATCHES, only an occasional winter bird in the Chicago area, are common year-round up here: 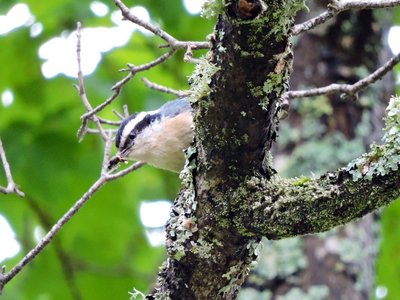 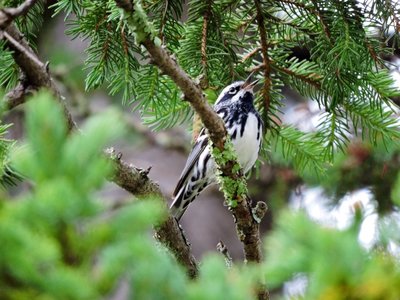 I spotted this distant NORTHERN FLICKER at one point during the bike ride: 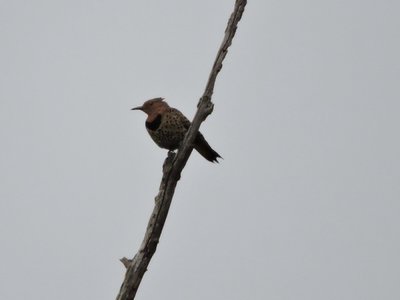 As well as this stunning BLACK-THROATED GREEN WARBLER (at a much closer range, of course): 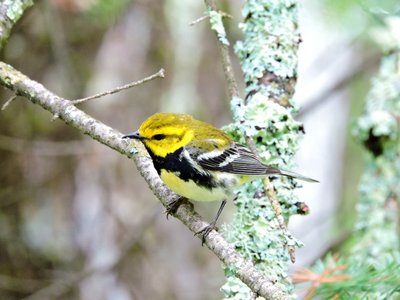 Another far-away photo is of this female COMMON MERGANSER that I saw swimming far out in LAKE SUPERIOR: 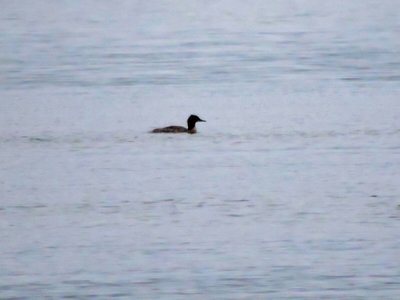 The best bird that I photographed these two days, in my opinion, was this male MOURNING WARBLER. MOWA's are skulking birds of dense forest habitats that are more commonly heard that seen (but they're not very common in the first place), so I was lucky enough to capture this photo of this guy: 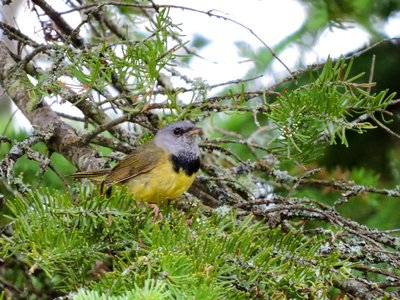 My only lifer these two days has been an ALDER FLYCATCHER (heard only) that was singing his characteristic "whree-BEER!" song at some point along my bike ride today.

The bird-of-the-day award yesterday goes to the stunning male Blackburnian Warbler that I photographed, and the award for today will be shared by my lifer Alder Flycatcher and the Mourning Warbler I photographed, since despite the Mourning W. not being a lifer (or even an FOY for that matter), that species is always a treat photograph out in the open.

Combined bird species list for yesterday and today is included below my signature.

Posted by skwclar 14:52 Archived in USA

I enjoyed reading about your visit to Madeline Island and the great bird pictures here. I have been going to the island for years, though only recently have I become seriously interested in birds. I was really impressed by the list of birds you saw there. Can you give me an idea of where on the island you went for this? I'm going up in a couple of weeks and would welcome any hints you might have. Thanks so much!