Today I did two bird activities. First, I led a bird walk for a cute group of 7 kids ages 7-10, which was part of the Oak Park Bird Walk series. We walked for about forty five minutes and saw typical urban species such as cardinals, robins, etc. They were quite impressed by even those, though, and hopefully these "fledgling birders" will turn into real birders! Here are a few photos from the walk:

Female BROWN-HEADED COWBIRD. I explained how cowbirds lay their eggs in other birds' nests and how the young of the cowbirds kick the other chicks out, and all of the kids immediately scared that cowbird away. :-) 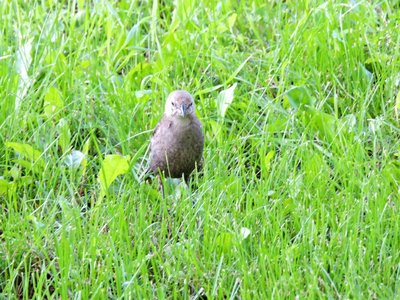 Male DOWNY WOODPECKER, they were also impressed by this species: 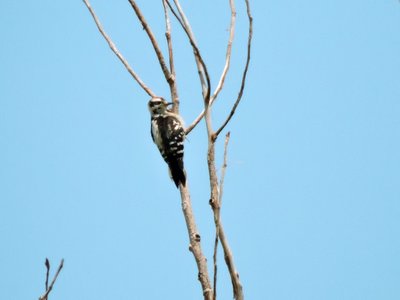 Their favorite, however, was a WHITE-BREASTED NUTHATCH that chose to perch on a wire just a few feet away, giving everyone fantastic looks: 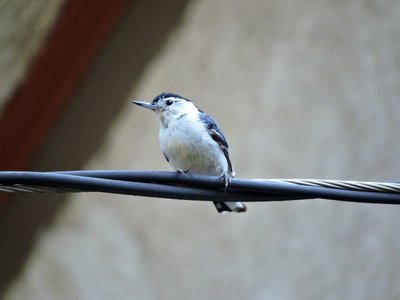 Then, at eleven, my family and I piled into our car and we drove to Montrose Point on the Lake Michigan shoreline to meet my young birder friend, Isoo O'Brien, and his family, so that we could bird together and so that everyone else could have a nice picnic.

My target birds were a female Black-throated Blue Warbler that has been hanging around the point for the entire summer (they should be up in Canada during the summer), and a Willet, a species of (southbound) migrant shorebird, that was seen along the beach yesterday. Read on to see if I found them!

There were a few land birds around, such as this NORTHERN ROUGH-WINGED SWALLOW: 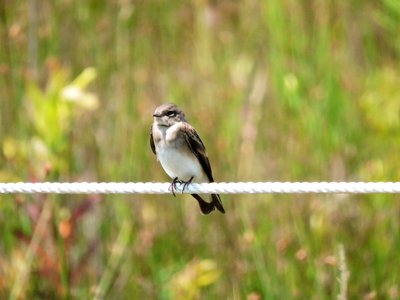 And this GRAY CATBIRD: 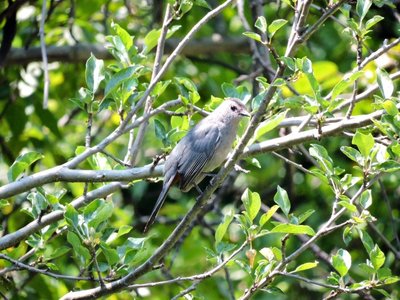 I, sadly, did not find the Black-throated Blue Warbler the entire time I was there, but I did see a few shorebirds though... 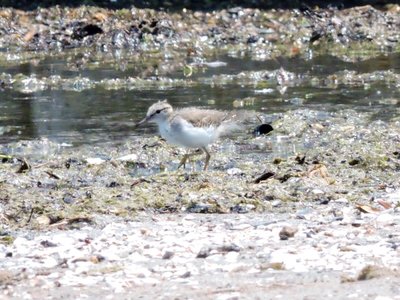 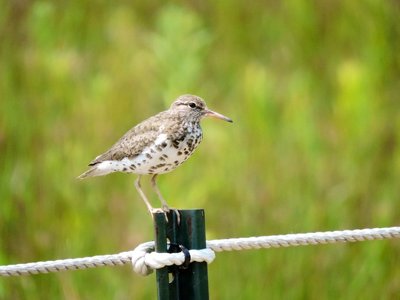 The best bird of the day was a group of not one, not two, but six (!) WILLETS, one of my target birds for the day, and a species that I have not seen since I visited Panama last November! These shorebirds are great because they are a rare species and are only very patchy migrants in this part of the country. 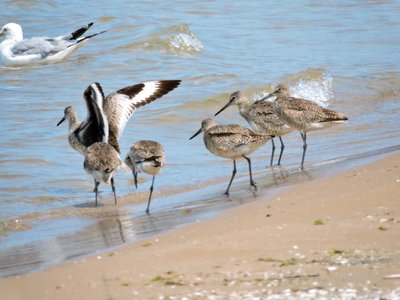 With the addition of two KILLDEER also on the beach, we had three shorebirds for the day, along with a plethora of other species!

Bird-of-the-day, of course, goes to the Willets. It was a fantastic day of birding!

Posted by skwclar 13:36 Archived in USA