Today my dad took me up to Skokie Lagoons, a great forest preserve in northeastern Cook County. My target birds were PROTHONOTARY WARBLERS, a beautiful, tiny, yellow songbird that is known to nest at Skokie Lagoons. Prothonotaries are special because we are at the exact northern tip of their range so they are very local and patchy up in this part of the country, even though they are relatively common in swamps in the southern states. Read on to see if I found them! 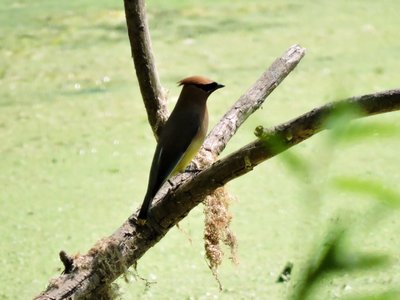 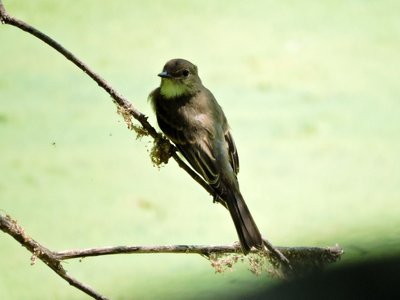 This tiny female RUBY-THROATED HUMMINGBIRD was a feisty one, chasing every single other bird in its territory. At one point I watched it antagonize a Song Sparrow so harshly that it repeatedly dive-bombed the sparrow, occasionally actually making physical contact with the innocent sparrow! 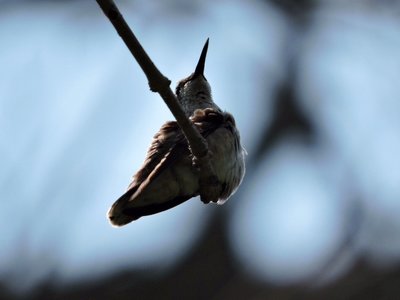 This BLUE-GRAY GNATCATCHER was also a victim of the little hummingbird's fury: 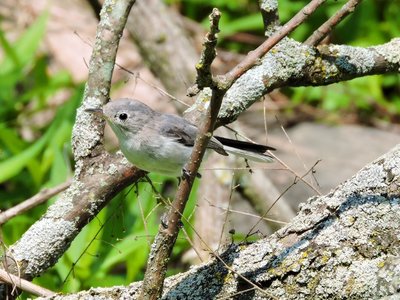 This SPOTTED SANDPIPER foraged precariously on the edge of a man-made dam. Sadly, it and a fly-by KILLDEER were the only shorebirds seen; no migrants today, I guess. 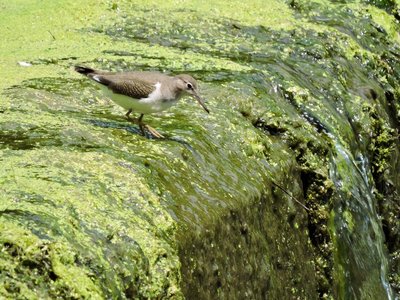 Well, I did not find the Prothonotary Warblers after all. After all of their chicks are fledged, Prothonotaries tend to disperse and stray from their nesting areas until it is time to fly south, so most likely they were done with their nesting process for this year. Next year, I should come to Skokie Lagoons earlier in the season, because they were indeed found earlier in June and even the first few days of July.

I did find one consolation bird, though. I was not expecting to see 2 beautiful RED-HEADED WOODPECKERS towards the end of my walk in the forest preserve. They were known to nest here in the past, but they have been in a marked decline in the preserve during the past few years, therefore, I was delighted to see these gorgeous birds: 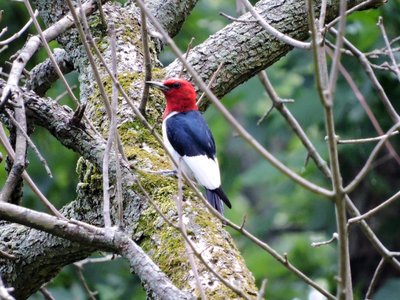 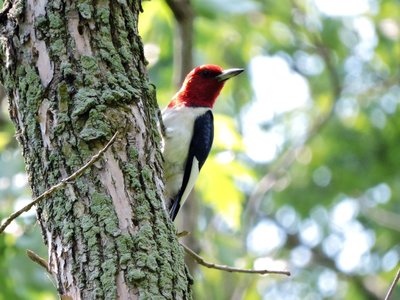 Full species list for the day is below my signature.

Bird-of-the-day to the RED-HEADED WOODPECKERS. No awards to the missing Prothonotaries!

Stay tuned, because my mom, my sister, and I will be traveling to Idaho on Friday, when I will start to post even more regularly because of the different birds found out west!

Posted by skwclar 14:01 Archived in USA