Today I birded on my bike in my morning and therefore covered more ground and saw more species.

I started off my bike ride by heading towards the roost of Lewis' Woodpeckers I had found yesterday. It will chilly, around 50 degrees, although that is actually rather mild for a summer morning in the mountains here in Idaho. It soon warmed up into the 70s, which is proof that the weather and temperatures in the mountains change dramatically from day to day and even hour to hour.

One of the first birds I found was this beautiful male WESTERN TANAGER: 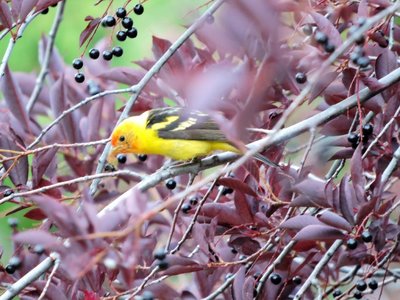 Then, I arrived at the woodpecker roost, and sure enough, many, actually 8 in total, were still around! These birds are quirky because of their silly red and green plumage and when they fly, they are very bulky birds but fly very erratically. 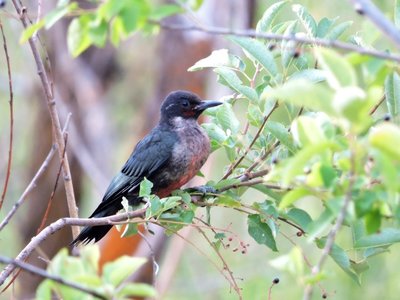 Then, after a quick stop back home for breakfast, I biked the opposite direction on the road and saw some different birds. First, this WILLOW FLYCATCHER posed for a far-off photo: 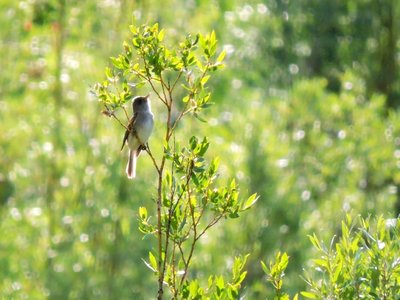 Then I found this female LAZULI BUNTING. I also saw a beautiful sky-blue male but he made it clear that he didn't want his picture taken. 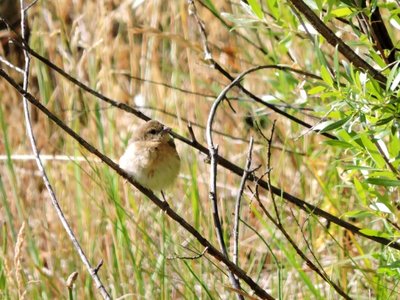 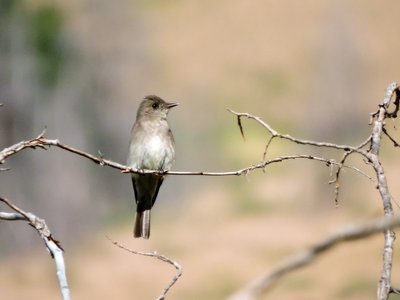 Did I mention that it is beautiful out here? 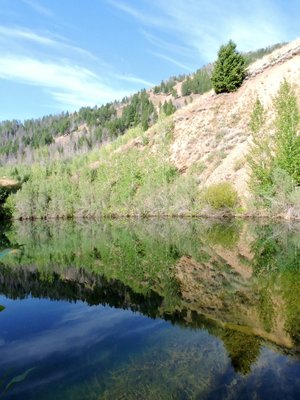 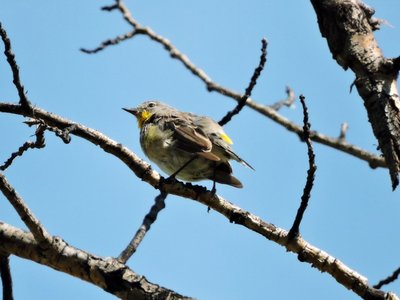 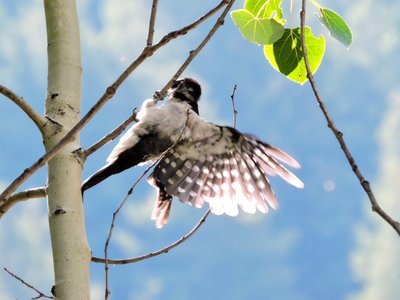 This BLACK-HEADED GROSBEAK, an FOY for me, stayed in the tops of trees and only allowed for a very bad photo: 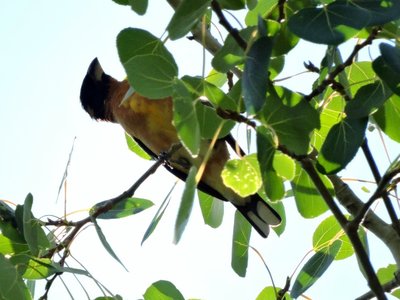 This MACGILLIVRAY'S WARBLER is an uncommon bird only found in the western states, an FOY for me, so it was very nice to take a picture of this one: 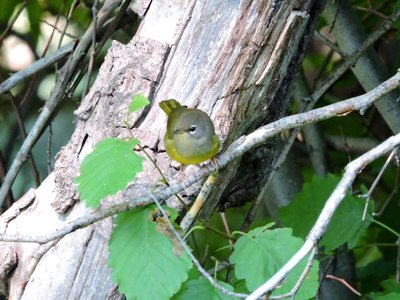 It was a great morning! The bird of the day award will be shared by the photogenic LEWIS' WOODPECKER and the rare MACGILLIVRAY'S WARBLER, which also allowed for a photograph.

Posted by skwclar 10:06 Archived in USA