This morning I hiked part of the way up Bald Mountain in central Idaho. The trail leads basically from the backyard of the condo in which I am staying and continues up the mountain, making it great and convenient for birding. Today it was especially productive with 49 species including a whopping 5 species of flycatchers, known as a "grand slam" in the birding world.

Despite the great birds around, the weather was less than ideal throughout the day with consistently cloudy skies, patchy fog, off and on rain showers, and the temperature only made it up to 68 degrees. Wacky mountain weather, I suppose...

Here are some photos from the hike:

My first sighting was not of a bird, but of a male Mule Deer: 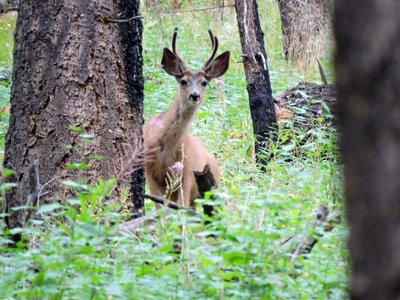 Then, I found this beautiful HERMIT THRUSH: 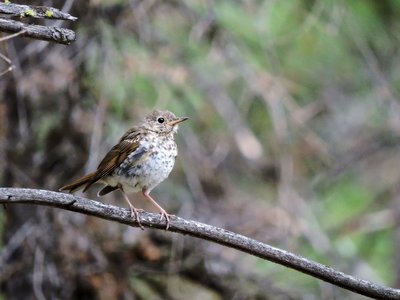 And this strangely-plumaged RED-NAPED SAPSUCKER, which would turn out to be the first of five woodpecker species seen today: 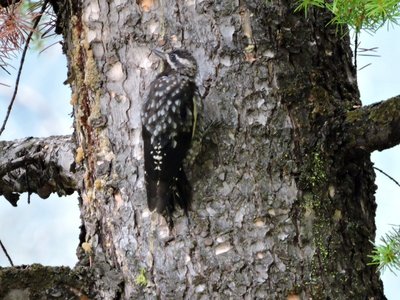 This SHARP-SHINNED HAWK was also a nice sighting; I had never managed to photograph one before, even though this picture is bad: 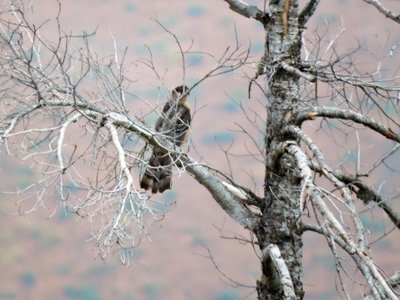 Then, I saw this DARK-EYED JUNCO. This is a "Pink-sided" subspecies and I find these birds to be very colorful compared to the "Slate Colored" subspecies that occurs back in Illinois during the winter (which is a much duller black and white bird). Funny that birds that look radically different from each other can be part of the same species; some ornithologists believe that the junco subspecies should be split up, but the common knowledge is that, apart from the Yellow-eyed Junco which occurs in Arizona, the junco is just one species. 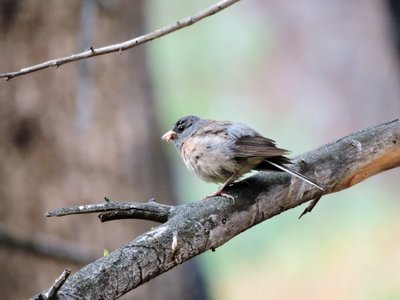 The first of the flycatcher photos of the day; this is a CORDILLERAN FLYCATCHER, which was a life bird for me just a few days ago: 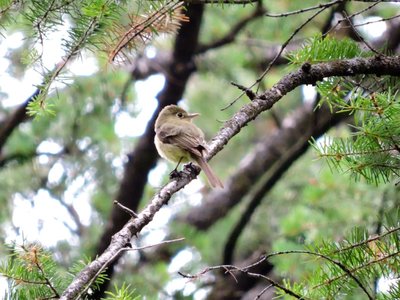 Bad photo of a WESTERN WOOD-PEWEE, the second flycatcher species of the day: 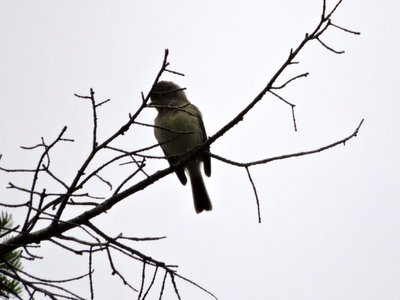 Suddenly, I heard a loud, piercing "Quick! Three beers!" song erupt from the treetops, and sure enough, like this flycatcher is famous for doing, my beautiful FOY OLIVE-SIDED FLYCATCHER was perched at the tippy-top of a dead tree. This species is listed as federally threatened so it was a pleasure to see it; the only other time I've found one was about one year ago, actually on the same trail on which I found this one today. 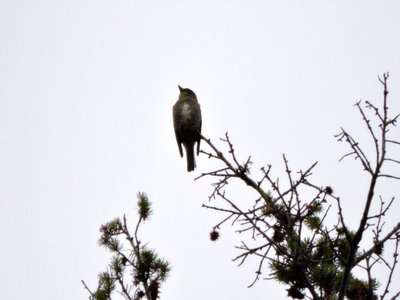 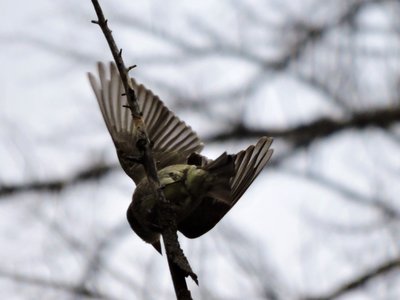 Then, I located my LIFE BIRD DUSKY FLYCATCHER, a subtly beautiful bird species that is uncommon throughout the coniferous forests of the western USA: 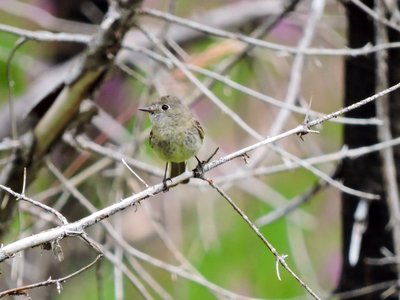 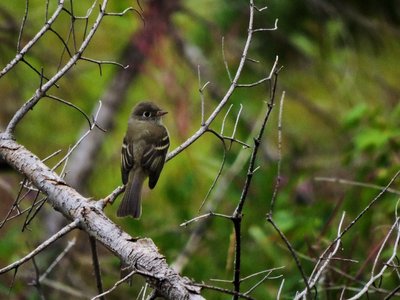 My fifth flycatcher of the day, the HAMMOND'S FLYCATCHER, was uncooperative and therefore I wasn't able to photograph that one today. Other great birds that I saw but didn't photograph were WILLIAMSON'S SAPSUCKER, BLACK-BACKED & LEWIS' WOODPECKERS, CLARK'S NUTCRACKER, CASSIN'S VIREO, ORANGE-CROWNED & MACGILLIVRAY'S WARBLERS, & CASSIN'S FINCH.

It was a fantastic morning of birding. Bird-of-the-day to my lifer and extremely photogenic DUSKY FLYCATCHERS and runner-up to the almost-as-photogenic federally threatened OLIVE-SIDED FLYCATCHERS, which was a first of the year sighting for me.

Posted by skwclar 19:17 Archived in USA