This morning I participated in a walk led by the Illinois Young Birders' Club at Fort Sheridan Forest Preserve, a beautiful preserve on the Lake Michigan lakefront in Lake County, Illinois. The primary goal of this bird walk was originally to be watching migrating hawks, but blustery southeast winds meant that apart from a PEREGRINE FALCON and a few COOPER'S HAWKS (including the one pictured below), there was not much raptor movement today. 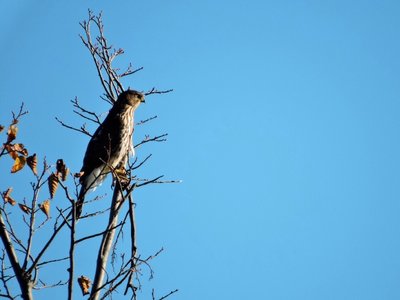 Overall, the chilly winds prevented many birds from showing themselves well, so it was a quieter-than-expected walk. Thankfully, the good socializing with the other young birders made up for the slight lack of avian activity. Below is one of the best finds of the day, not a bird, but a White-tailed Deer buck: 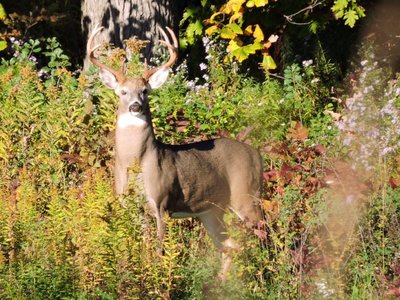 One interesting avian aspect of the walk was seeing the first large raft (raft is the collective noun for flock of ducks) of mostly diving ducks in Lake Michigan of the winter. Large rafts like the one below are a signature sign of the concluding movements of autumn migration and the progress in more winter-related avian activity. The raft below contains over 50 and possibly 100 REDHEAD, a few GREATER & LESSER SCAUP, and one RING-NECKED DUCK. The Greater Scaup and Ring-necked Duck were life birds for me. 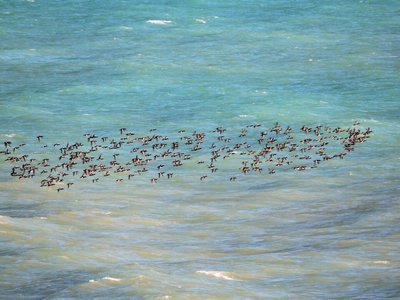 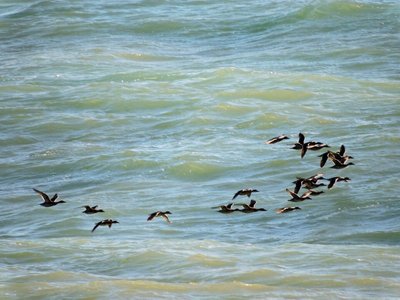 GREEN-WINGED TEAL. Notice the colorful male in the back of the group. 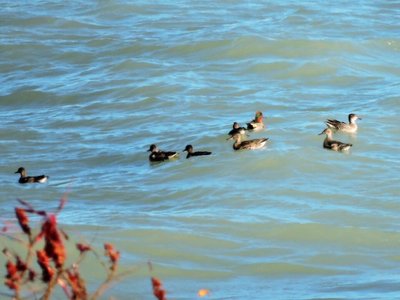 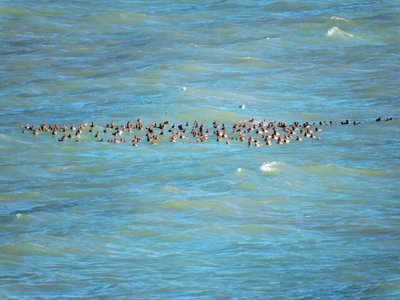 There were 8 species of sparrow found on the walk, the "best" (even though it is not rare) of which was this SAVANNAH SPARROW: 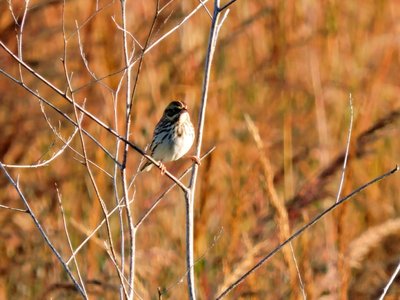 This LINCOLN'S SPARROW was also nice: 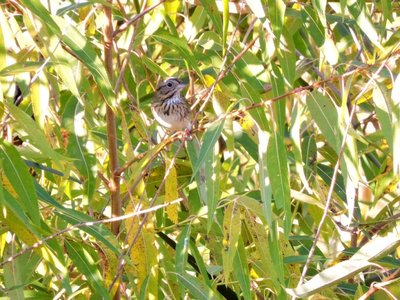 Overall it was a pleasant walk. A special thanks goes to the Berg family for driving me up there, birding with the group, and driving me back to my house in Oak Park.

Full species list for the day is below. Bird-of-the-day to the many REDHEADS which made up the majority of the diving ducks seen today. Runner-up to the PEREGRINE FALCON, which, even though it stooped (plummeted a large distance through the air at a high speed) right in front of the group, it didn't allow for photos.

Thanks for the great report and photos, Henry! Enjoyed talking with you today. From Stas' family