Day 2: A Beautiful Day in the Desert

Today was my first full day in southeast Arizona! It was an awesome, bird-filled day with 40 avian species in total, including 14 life birds.

For starters, here are the promised non-bird photos to paint a picture of what southeast Arizona looks like this time of year. The desert is beautiful because this state has had a wet spring so far. Flowers are abundant, and the desert, although hot, is surprisingly green.

Here is the hacienda-house in which we are staying: 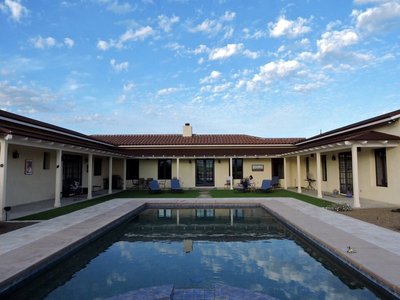 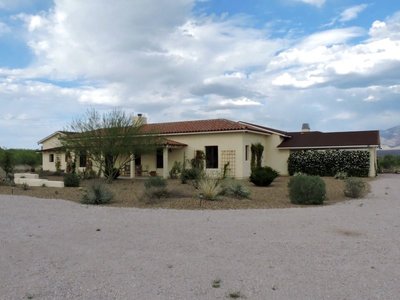 There are many cacti, and a good deal of them are blooming! This is one especially stunning plant on the property: 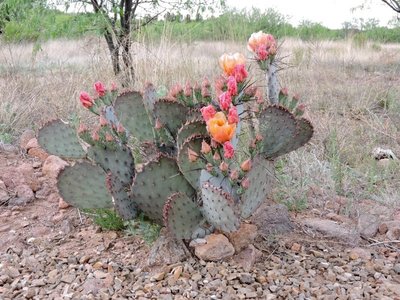 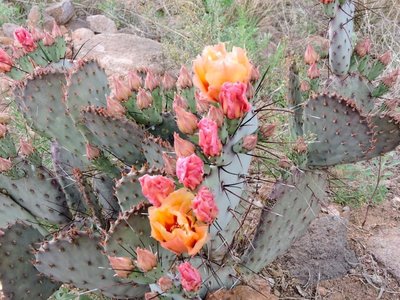 The regular plants with flowers are abundant and gorgeous, as well: 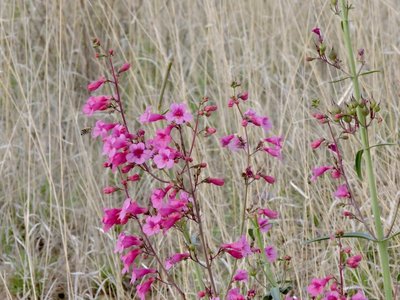 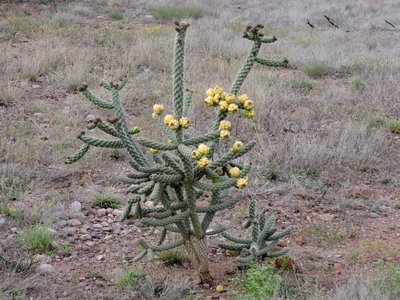 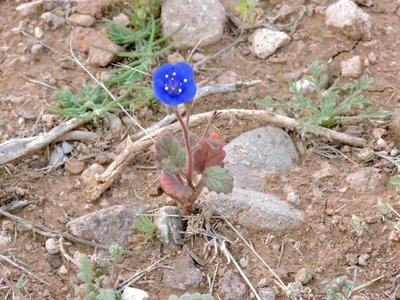 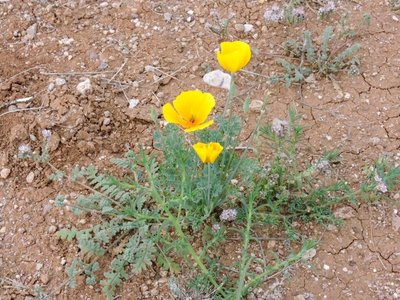 This is the stunning view outside our house: 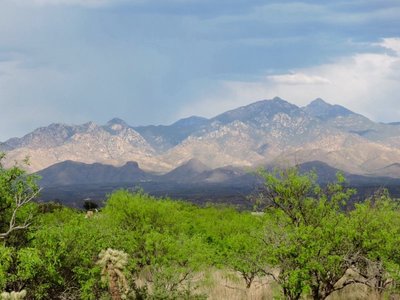 It is a great place!

Now to the birds! Without even getting out of my bed, I photographed this WHITE-CROWNED SPARROW right outside of the bedroom window. Not a bad start to the day! 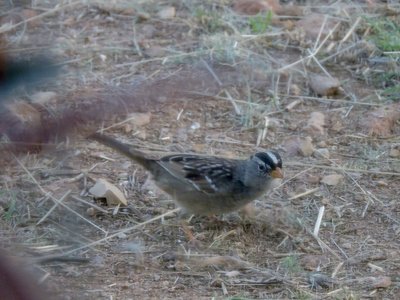 During breakfast, I spotted a large bird perched on a distant shack. I quickly grabbed my camera and snapped this crappy photo of my life bird GREATER ROADRUNNER just before it flew away: 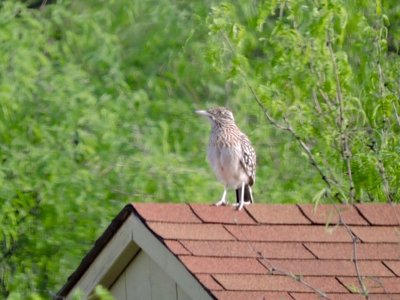 My uncle and I departed fairly early in the morning to bird the Anza Trail in the town of Tubac in search of three target birds: Sinaloa Wren (mega-rare), Rufous-backed Robin (almost as rare), and Northern Beardless-Tyrannulet (fairly uncommon).

The drive to the trail involved quite a few stops, both planned and unplanned, but all because of birds. The first one was for my life bird GILA WOODPECKER, which turned out to be a common species throughout the day: 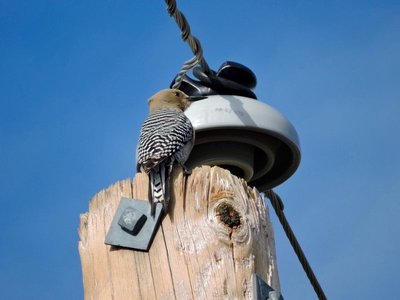 Another stop provided my life-bird LUCY'S WARBLER, which would also prove common throughout the morning: 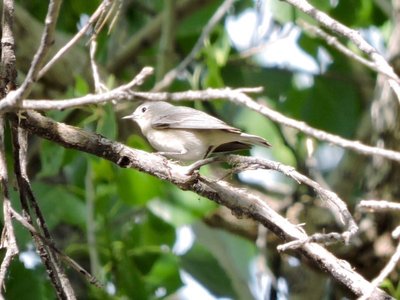 We then arrived at the Tubac Hawk Watch. While waiting for Hawks to show up, I entertained myself with passerines (songbirds), such as this absolutely magnificent VERMILLION FLYCATCHER, an awesome life bird! 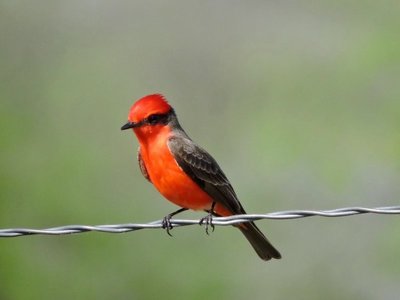 And this BELL'S VIREO, a threatened species which I was luckily able to see and hear throughout the morning: 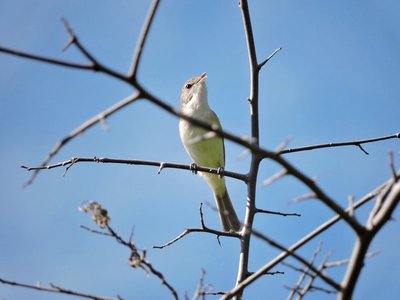 Finally, some raptors started appearing. We had a COOPER'S HAWK and a far-off kettle of BLACK and TURKEY VULTURES. One of the other birders present at the hawk watch spotted these mating GRAY HAWKS very far in the distance: 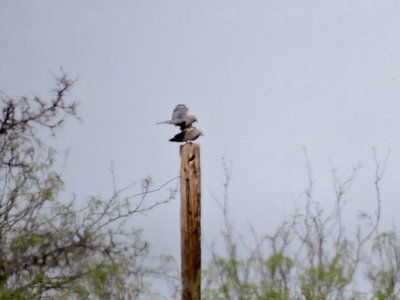 After the hawk watch, my uncle and I drove to and walked the Anza Trail in search of the three aforementioned target birds. We soon came to the location where one of our target birds, the Rufous-backed Robin, has been sighted, but the bird was sadly not present despite looking thoroughly.

I soon found this female VERMILLION FLYCATCHER sitting on her nest: 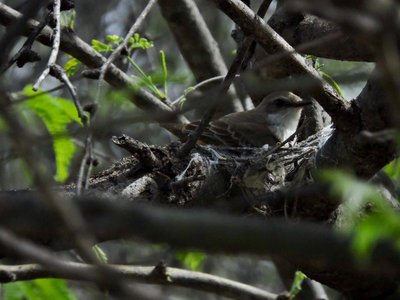 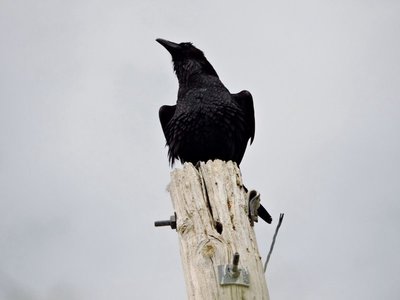 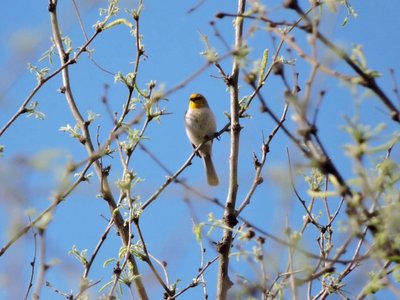 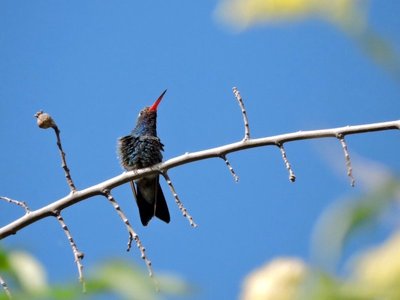 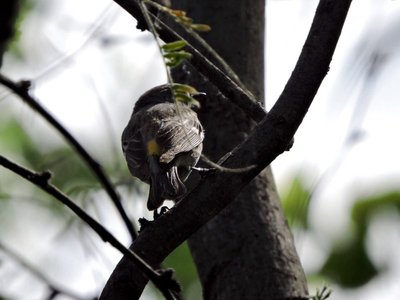 Then, we approached the spot where the super-rare Sinaloa Wren has been sighted recently, and I got excited for a moment over a wren moving through the underbrush. It, however, only turned out to be a BEWICK'S WREN, the wrong species (but a life bird nonetheless). Southeast Arizona must be one of those few places where the "wrong" species can turn out to be a life bird! 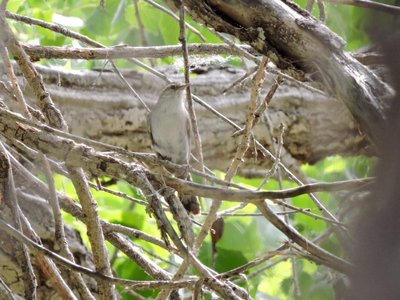 After a lot of fruitless searching at and near the spot where the SIWR has been sighted, we gave up and headed back in the direction from which we came. A consolation prize was seeing one of my other target birds for the day, a NORTHERN BEARDLESS-TYRANNULET! For "salt in the wound," however, it did not stay for photography. Annoyingly, this life-bird ASH-THROATED FLYCATCHER hid behind the branches and twigs when I snapped this photo: 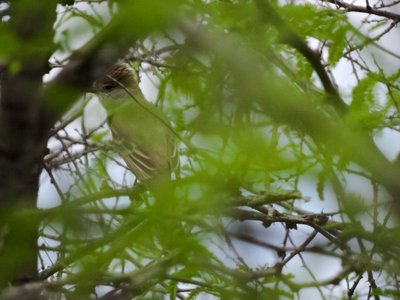 I soon also gained my life-bird ABERT'S TOWHEE (the alphabetically-first bird species in the Amrican Birding Area), and at seeing yet another towhee in the underbrush, I was surprised by it being a GREEN-TAILED TOWHEE, another life bird! Here is the Green-tailed: 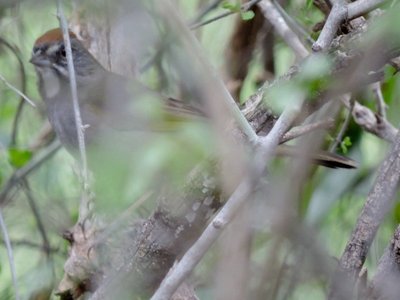 One out of three target birds for the day is not too shabby, I suppose, even though it didn't stay for photos. A big thanks to my uncle for driving and birding with me this morning under the 85-degree heat of the sun! I spent the afternoon relaxing at the hacienda-house, enjoying the warm weather after a cold Chicago winter, swimming in the pool, and birding the property a bit. While birding, I found this female SAY'S PHOEBE: 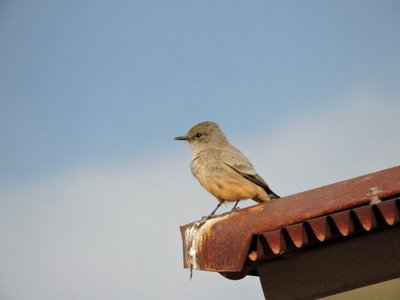 I also found my life-bird RUFOUS-WINGED SPARROW pair within a cacti plant: 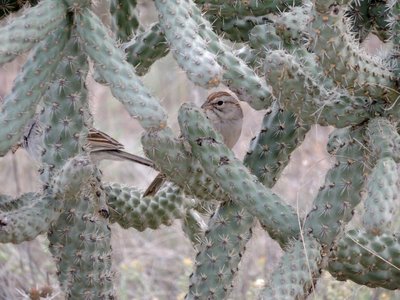 Bird-of-the-day to my life bird VERMILLION FLYCATCHER, the most beautiful bird I photographed today. Under normal circumstances, the much more uncommon NORTHERN BEARDLESS-TYRANNULET seen would get top prize, but it only gets runner-up today for not allowing me to photograph it.

Full avian species list for the day is below my signature.

Stay tuned for more avian adventures to be posted tomorrow! Arizona is so awesome!

Posted by skwclar 21:03 Archived in USA

Wow!!! Jealous of all the lifers and how about that vermillion! Super excited for you - can't wait to see more. The Gunkels

You're on a roll and your life list is growing faster than mine now! Nice shots, especially the one of the Vermilion Flycatcher.