Today was the day my family, aunt, uncle, and I flew home from Arizona back to Chicago. It is a shame that such a fantastic trip has to end, but I suppose I have more exciting birding opportunities planned this year. One thing I am especially looking forward to is the resumption of Oak Park Bird Walks for this spring! The first one will be this Wednesday, and I will definitely make a post about it.

I woke up at around 6am to bird the area around the property we were renting in Tubac, AZ. I biked on the nearby dirt roads and quickly amassed a list of 23 bird species, which would increase later in the day. 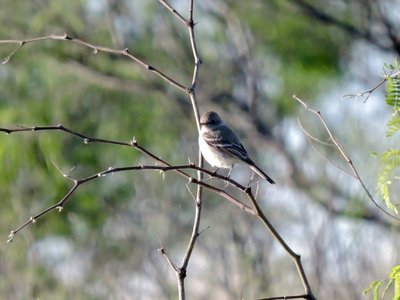 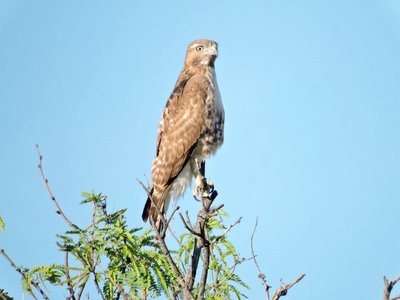 View from a ridge to which I biked: 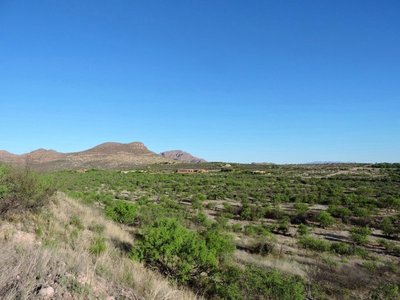 View of the hacienda-house we rented from the ridge: 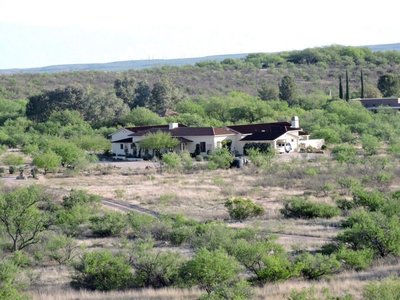 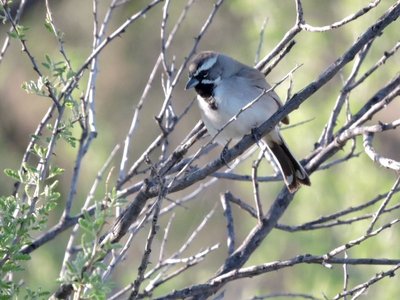 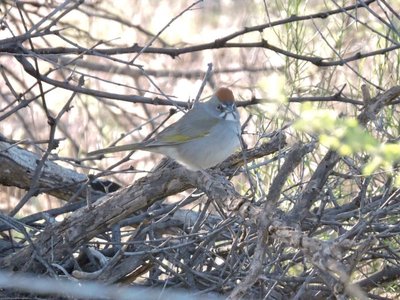 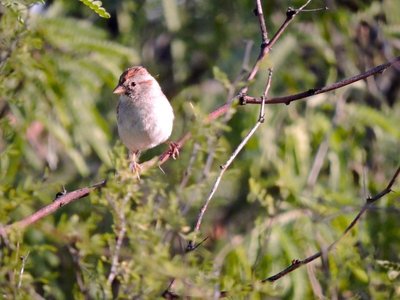 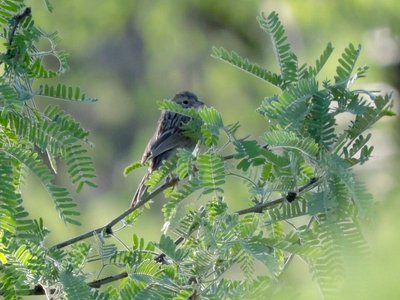 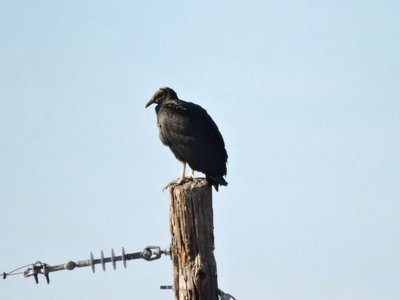 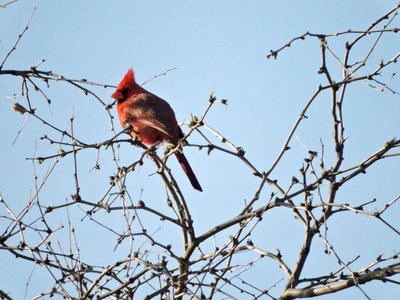 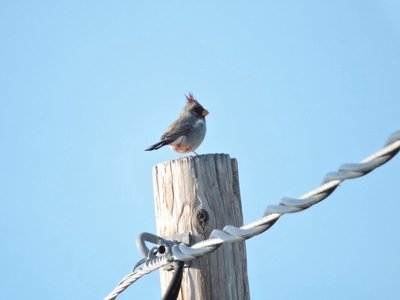 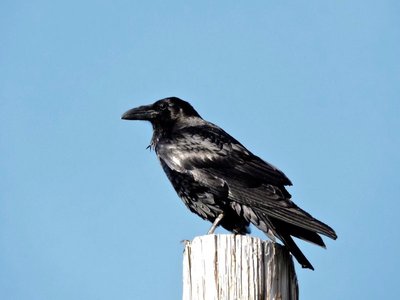 BLACK-THROATED SPARROW in front of a desert mountain: 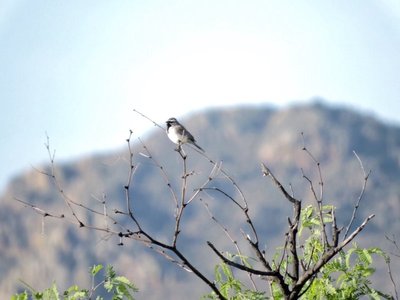 Coyote which came as close as seven feet away from me! 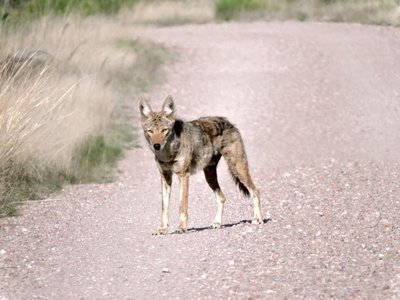 We then drove to the airport, and our Southwest Airlines 737-800 lifted off of the Tucson runway at around 12:00 noon. It was a fine flight and there were some wonderful views to be had in the first part of the flight.

Madera Canyon, where I found the Elegant Trogons on Friday, is in that mountain range, the Santa Rita Mountains. Bye-bye Madera! 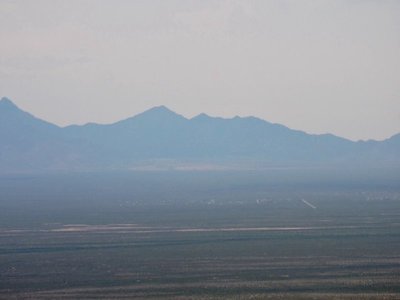 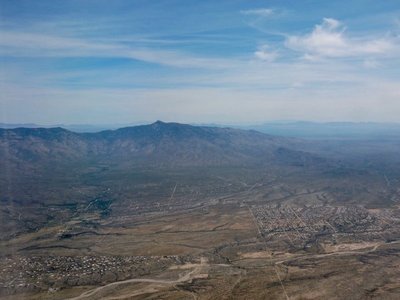 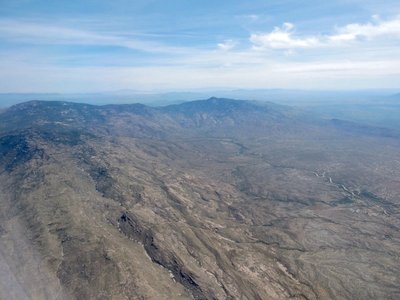 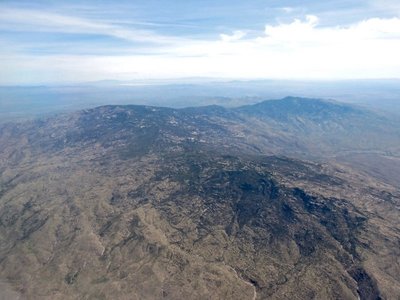 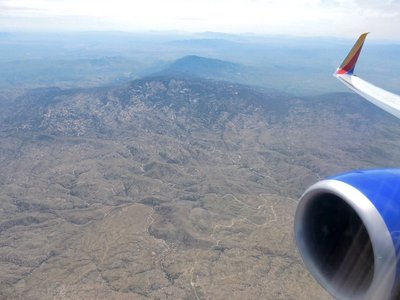 We thought this was the Colorado River: 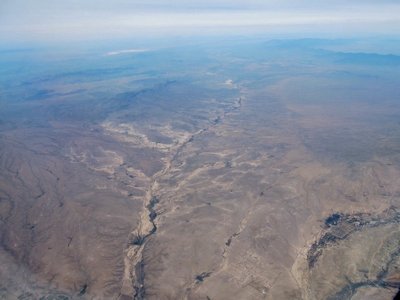 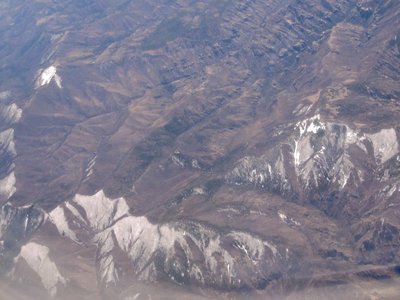 Natural design in a grassland that resembled a bird's claw from above (only a birder would think of that!): 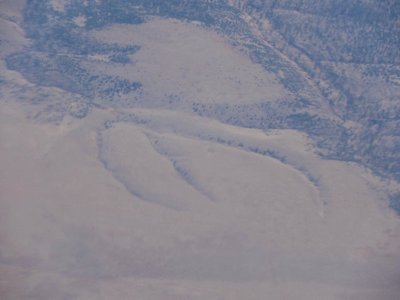 We landed about a half an hour early and arrived at our house in Oak Park before 5:30pm. Upon arriving home, Pearl, my little sister, immediately donned her bunny costume from a few Halloweens ago and collected all of her Easter eggs from the Easter Bunny: 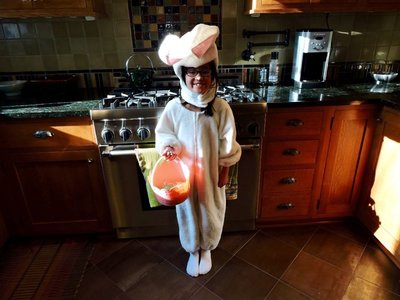 Bird-of-the-day to the GREEN-TAILED TOWHEE, the only one that has ever posed for an acceptable photo. Runner-up goes to the male PYRRHULOXIA, a beautiful bird that I will surely miss back in Oak Park, IL. These are both western species that cannot be found east of the Rocky Mountains.

Well, that concludes a wonderful trip! Bird lists and such for the trip can be found on the previous post. Stay tuned for a post on Wednesday that will describe the first Oak Park Bird Walk of 2015!

Posted by skwclar 15:44 Archived in USA