The Magic of Migration!

Today was the first true migration "fallout" this spring - that is, a morning that suddenly yields an abundance of migrant birds after a period of relative quiet. This happens due to a period of unfavorable northerly winds followed by a sudden night that has favorable southerly winds that are conducive for bird migration (most birds actually migrate during the night). Last night had those strong southerly winds that migrating birds like so the sheer number of new migrant species for the year found today was almost overwhelming. (Note that the favorable wind pattern reverses for fall migration, of course) 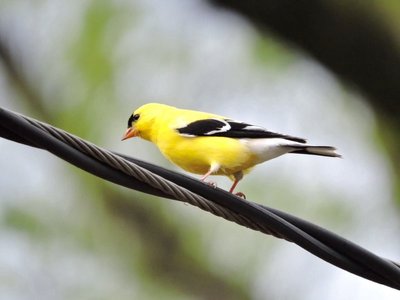 Warblers, to my delight, were especially numerous this morning with 10 species seen in total (see full list at the bottom of this post). Warblers are my favorite avian family, being tiny brightly-colored songbirds that pass through my backyard in huge numbers each spring and autumn migration. At one point, I found this male NORTHERN WATERTHRUSH (a type of warbler), a species I have seen in my neighborhood only once before: 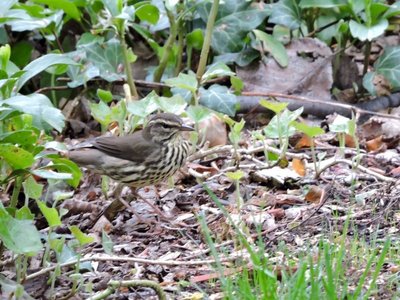 Yesterday Hermit Thrushes abounded, however today I found not a single one because they had been replaced by SWAINSON'S THRUSHES, such as the one pictured below. This demonstrates the rapid turnover of migrant species one can detect following a night with favorable winds. 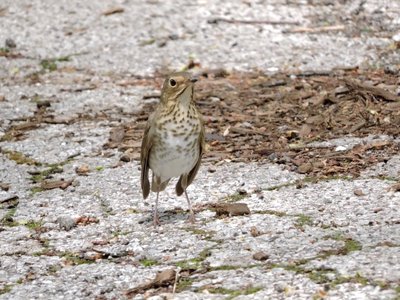 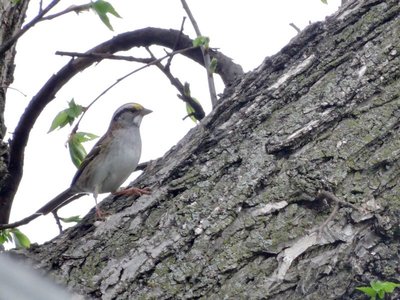 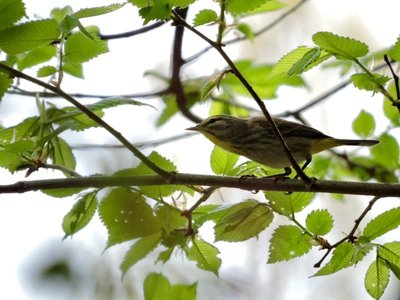 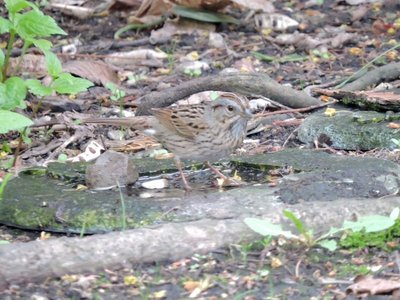 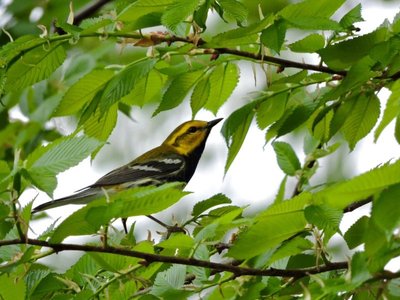 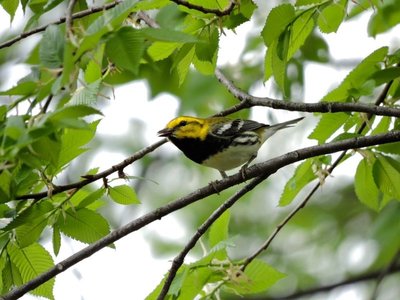 Male YELLOW-RUMPED WARBLER, "Myrtle" subspecies because of its white throat: 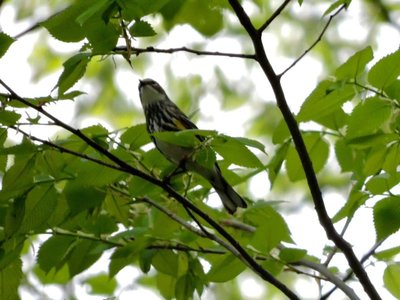 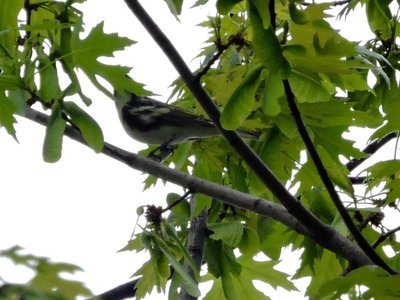 You know it's a great day when a yard-bird INDIGO BUNTING like the one pictured below doesn't count as an avian highlight for the day! 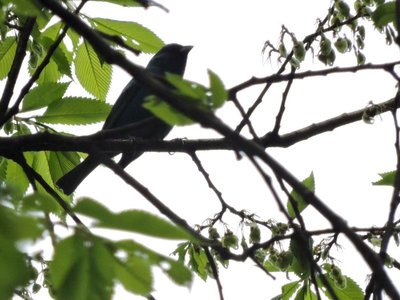 Male NASHVILLE WARBLER, the first of probably many of these to pass through this spring: 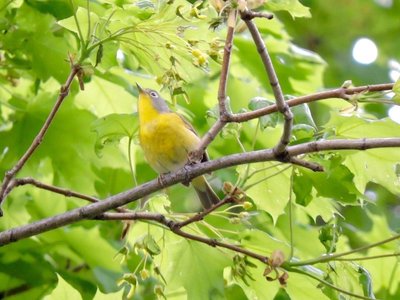 Suddenly, I heard the charismatic "Bee-BZZ!" song of a male BLUE-WINGED WARBLER, and to my delight, the rarest bird I have seen in my neighborhood in nearly a year showed itself at the tippy-top of a tall tree for an identification photo: 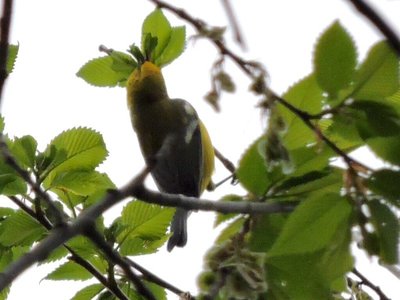 Overall, a FANTASTIC day and an amazing start to the warbler insanity that will engulf my neighborhood for the next few weeks! Bird-of-the-day goes to the very uncommon BLUE-WINGED WARBLER, with runner-up to the photogenic BLACK-THROATED GREEN WARBLER! The full avian species list for the day is found below.

Posted by skwclar 15:07 Archived in USA