Today, Sunday, May 14, I led another Oak Park Bird Walk. The temperatures hovered in the lower to mid 40's during the walk and misty rain showers persisted throughout the morning, resulting in only five birders showing up for the walk. Although the weather conditions were miserable, some quality birds were seen, 35 species in total. Again, the highlight of the walk was seeing 13 species of warblers (I would add a CAPE MAY WARBLER later to have a total of 14 warbler species for the day!).

SWAINSON'S THRUSH. Later, my dad would hear the beautiful, rising, bubbly song of this bird species from our front yard. 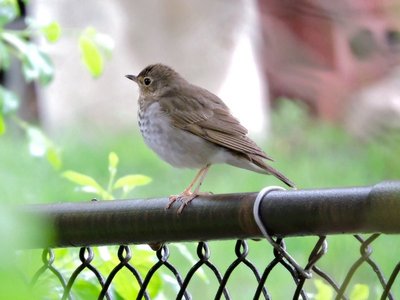 VEERY, a thrush species I have identified in Oak Park very few times before: 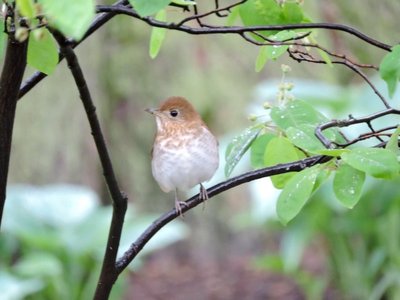 Cooperative male BLACK-AND-WHITE WARBLER that perched a few feet above the group's heads for this photo: 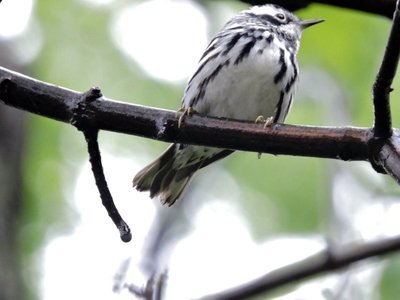 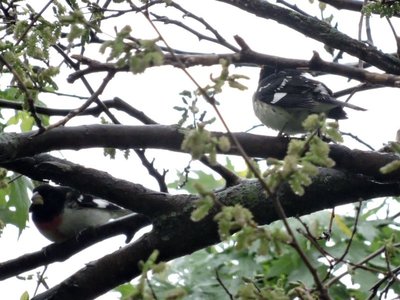 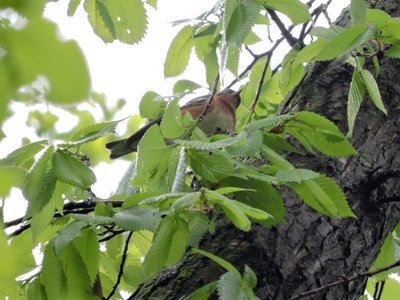 Bird-of-the-day to the male BAY-BREASTED WARBLER and runners-up to the VEERY and male BLACK-AND-WHITE WARBLER. The full species list for the bird walk is found below.

Posted by skwclar 12:05 Archived in USA

Hi Henry! You are an amazing birder and photographer. My unusual species for this week is a yellow-bellied flycatcher in my back yard, identified by voice mainly. Those little flycatchers can be hard to identify! I hope to meet you someday. All the best, Liz