Today was one of the longest and most tiring, but also one of the most productive days of birding of my life. I woke up at 6am and took the El into downtown Chicago, where I walked nine blocks to find a rare male CONNECTICUT WARBLER at a random parking lot at the corner of Clinton & Harrison Streets. As you can see because I capitalized its name, I successfully found the bird within a minute of arriving and photographed and admired this rarity for a solid 18 minutes. I captured photos, but I also revisited the warbler later in the afternoon and obtained even higher quality photos (see below)!

Despite being a random parking lot in the middle of the downtown area, the birding was actually fairly productive with a COMMON YELLOWTHROAT and an unidentified EMPIDONAX FLYCATCHER species seen, as well. Here is the bird list for the parking lot:

Then, I walked a few blocks to the Union Station where I bought my round-trip Metra ticket and boarded the Southwest Service train to Palos Park. I arrived at Palos at about 9:30am and took a long walk to get to the preserves where I would spend the greater part of my day birding and walking. The chain of preserves that include McClaughry Springs and Swallow Cliff Woods have some of the most quality concentrations of breeding woodland birds in northern Illinois, and the chain definitely yields the best woodland birding in the greater Chicagoland area.

The walk to the preserves itself yielded some fairly productive birding. I found a local specialty of the Palos Area along the way, a CAROLINA WREN, which is a species you are unlikely to see any other place in northeast Illinois: 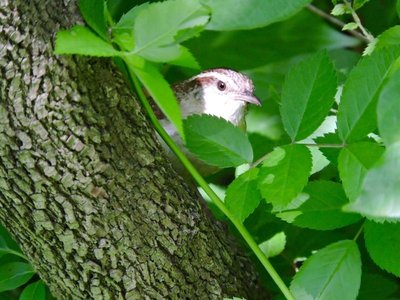 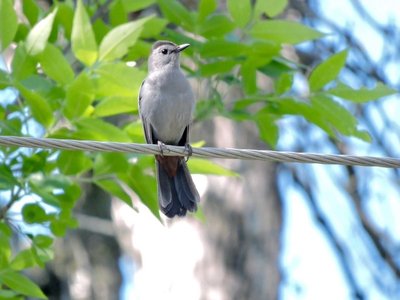 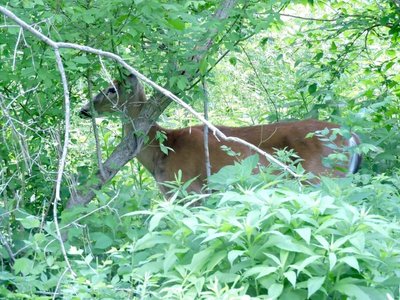 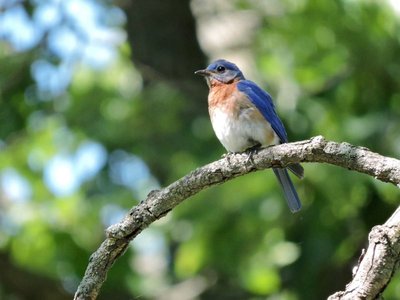 A definite highlight of my day was finding not one, not two, not three, but FOUR of my ABSOLUTE FAVORITE bird: the HOODED WARBLER. One adult male in particular was especially cooperative for this photo. Just look at the jet black hood of that bird contrasted against that brilliant yellow color - unbelievably awesome! 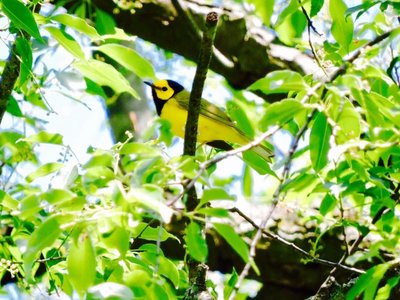 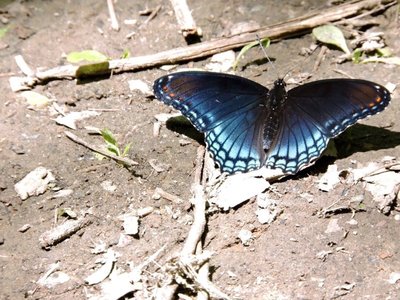 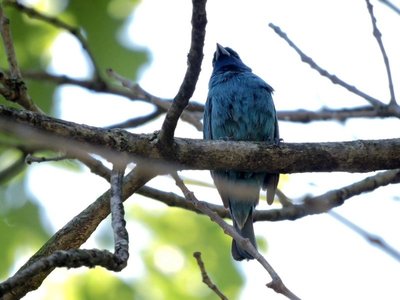 Here is the bird list for the Sag Valley Trail:

It was very productive birding, but certainly a lot of walking, as well! I was very thankful that a birder I met towards the end of my birding excursion, Carl Giometti, offered to give me a ride to an ice cream parlor right next to the Metra station (best ice cream I've had since gelato in Italy!). Thanks, Carl!

After the Metra ride back to Chicago's Union Station, I had time to kill before my choir rehearsal so I decided to revisit the CONNECTICUT WARBLER, which I found again very quickly and obtained these photos due to its being amazingly cooperative: 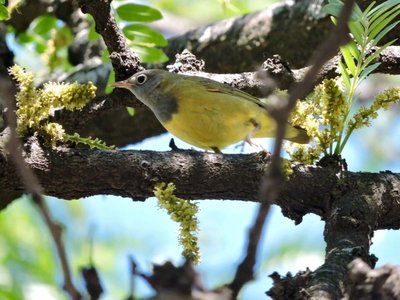 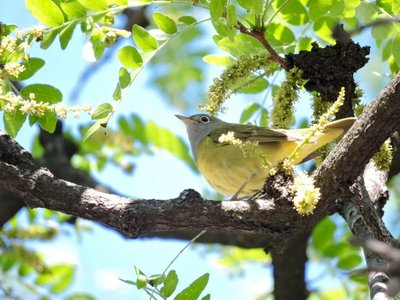 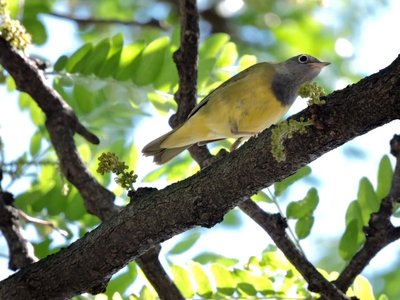 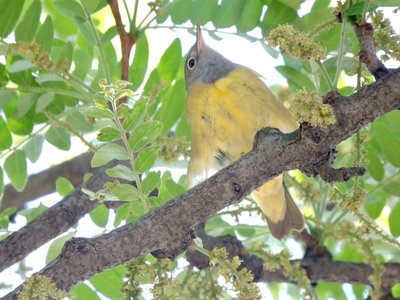 Wow, what an awesome bird and such a great opportunity to photograph this rare species, which usually reclusively lurks in the thick centers of dense shrubs and bushes. Not the case for this brave little guy who was fearlessly foraging and singing in the small trees ringing a downtown parking lot a half a block away from very noisy construction!

A surprise ACADIAN FLYCATCHER (yet another uncommon species!), my unidentified Empidonax flycatcher from the morning, was also present: 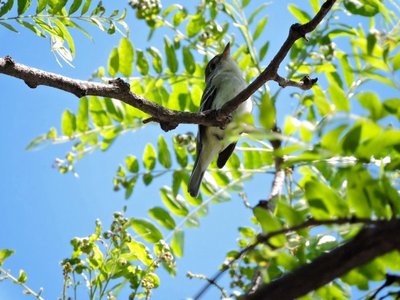 As well as a GRAY CATBIRD: 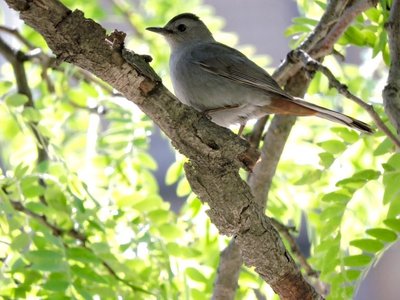 The bird-of-the-day award will be shared by the awesome CONNECTICUT and HOODED WARBLERS; no explanation needed for these special birds. Runners-up to the CAROLINA WRENS and the ACADIAN FLYCATCHER. A fantastic day!

Stay tuned - I will be birding the Morton Arboretum in hopes for Cerulean & Hooded Warblers as well as Blue Grosbeaks, all rare birds for northeast Illinois, on Thursday or Friday!

Posted by skwclar 19:47 Archived in USA

Love all the pictures it's amazing the variety of birds you;ve seen!

Wow, where is that lot close to Montrose? I should visit that this weekend. 4 Hooded Warblers is a lot, especially this late in migration.

Great birding - oh, and that's a Red-spotted Purple butterfly, Henry! : ) The caterpillars feed on birch, willow, elms, and many other tree species. Prefers edges of woods, which is where I usually see it up in Lake County.