Back to birding posts! This past Fourth of July Weekend, my family and I traveled to our cottage at a lake in southwest Michigan. On the drive there, we had a beautiful family bike ride on a pretty road winding along the top of a cliff overlooking Lake Michigan. Here is the view from one of the vantage points: 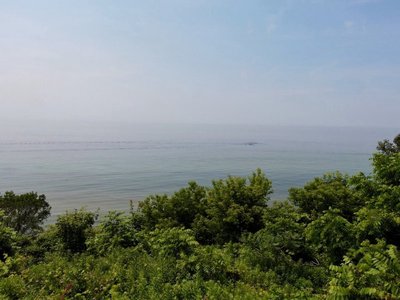 The best bird of the bike ride was this BROWN THRASHER: 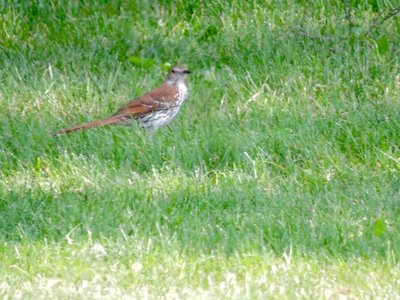 We arrived at our lake cottage in mid-afternoon and happily greeted my Aunt Phyllis who I haven't seen since last summer!

I almost immediately spotted this female RUBY-THROATED HUMMINGBIRD sitting on her nest, which is barely any bigger than the hummingbird itself! 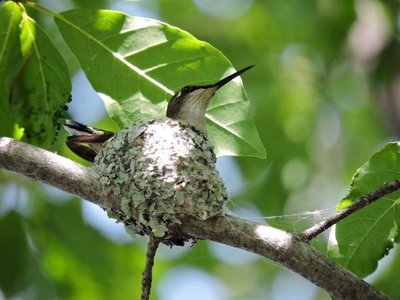 The sunset was pretty nice: 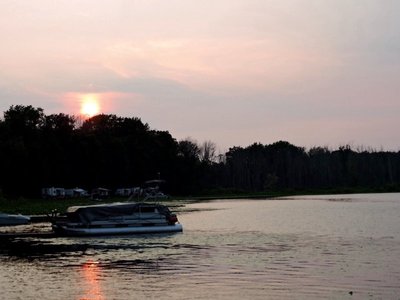 I woke up bright and early on Saturday, July 4th to bird Otis Farm and Warner Bird Sanctuaries. It was a fantastic morning of birding! 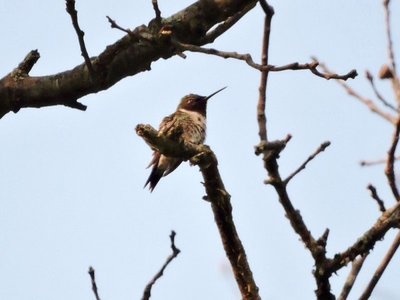 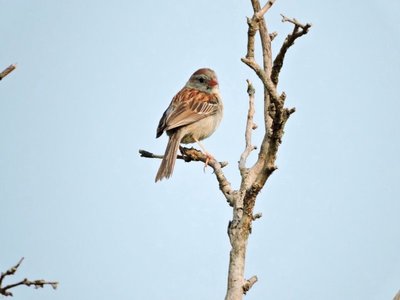 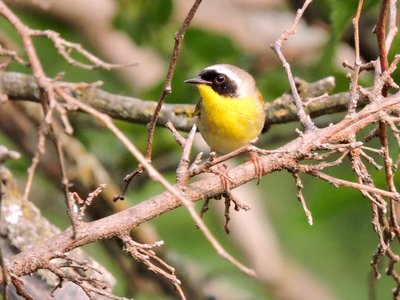 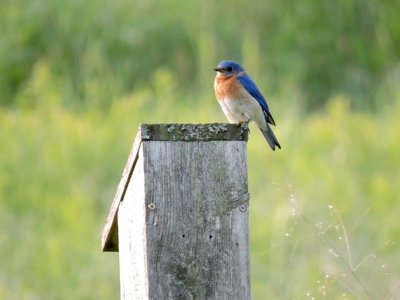 Butterfly: A Common Wood-Nymph, according to my friend Jonathan: 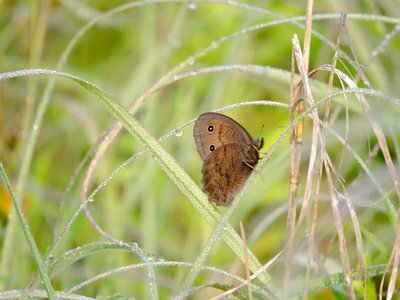 The flowers were beautiful and covered the grasslands and rolling hills of Otis Farm Bird Sanctuary: 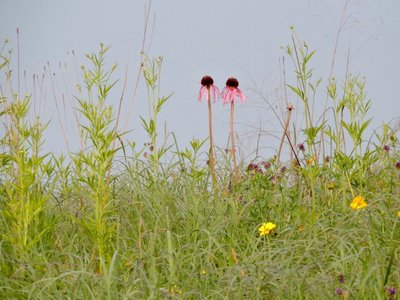 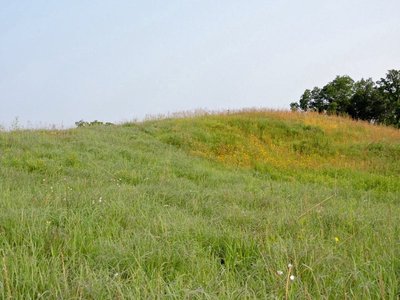 Suddenly, a huge WILD TURKEY burst out of the grass one foot in front of me! It scared the dickens out of me, and it was followed in flight by a chick. Then, I noticed there was another chick perched in a shrub nearby. It must be relatively new because it was robin-sized and looked absolutely nothing like a turkey! 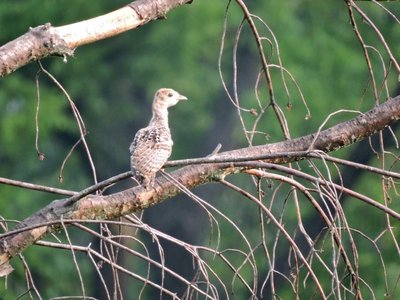 In the woods, I was astounded to hear my FAVORITE bird species for the fourth time this year - the HOODED WARBLER! This has been a very productive year for finding this usually-elusive species. It was very hard to photograph but I managed this okay photo of a splendid male bird: 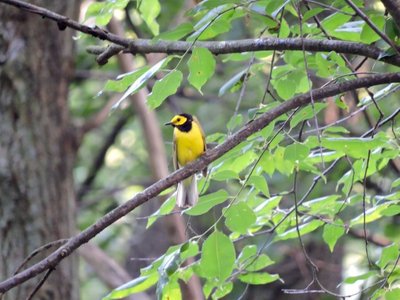 Then, I found a family of FOUR uncommon BLUE-WINGED WARBLERS! Shout-out to Isoo, a birding friend - this is his favorite bird! 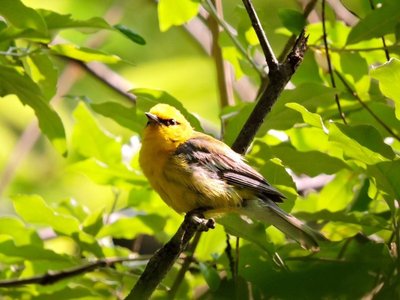 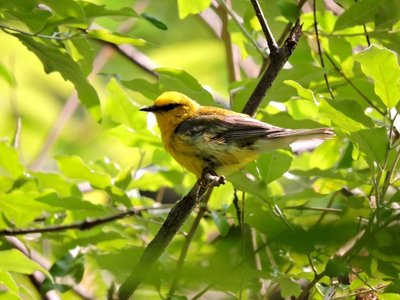 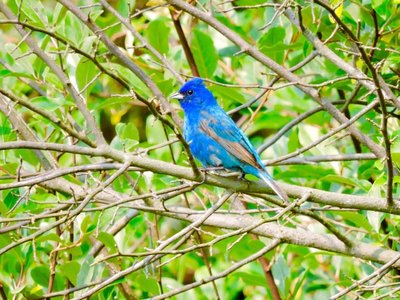 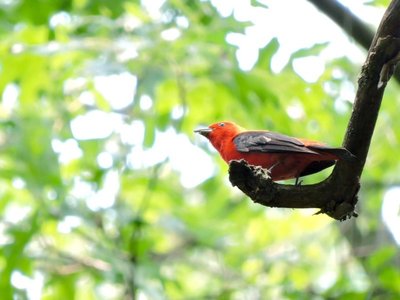 At Warner Bird Sanctuary I also heard clearly and briefly saw but could not photograph my life bird RED-SHOULDERED HAWK, a sort-of "nemesis bird" for me until this weekend!

I spent the rest of Independence Day with my family. We had a great steak dinner with my aunt, uncle, and great aunt and we had a fantastic time! Playing "Taps" on my trumpet, then having dessert and s'mores with them as well as friends in the evening while watching a fabulous show of fireworks across the lake was a fantastic way to round off the holiday.

Sunday was a much quieter day with regards to birding, but a fun one with family and friends. The highlight of the day for me was going "tubing" (getting pulled on a raft behind a fast-moving motor boat) on the lake with my sister. It was so exhilarating and I even fell off twice (the best part)!

Bird-of-the-weekend to my favorite bird of course, the Hooded Warbler. Runner-up to my only life bird, the Red-shouldered Hawk.

I have a busy-looking but awesome week ahead: this evening I will be performing in the choir for a production of Gershwin's opera "Porgy and Bess" at Ravinia with the Chicago Symphony Orchestra under the direction of Bobby McFerrin! Then, later in the week I have a few days open for birding - one of which a new friend from Indianapolis will join me for a day of birding the Palos forest preserves in the southwest side of Cook County.

I do apologize for my backlog of posts lately! I will try to keep to my usual standards of timeliness and punctuality! Stay tuned, because as well as the aforementioned birding later this week, on Tuesday, July 14 I will be leaving on a trip to bird heaven - COSTA RICA!