Palos Preserves with a New Friend

Today I birded some of the Palos forest preserves with a new birding friend, Jonathan from Indianapolis. We had a fantastic time, saw many quality birds, and he even gained three life birds!

Some butterflies on our flower garden at home to start a fine day of nature-watching: 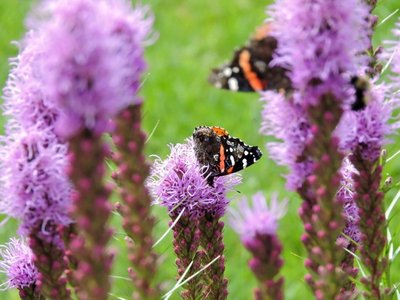 Our first birding stop was at McClaughry Springs Woods, where it seemed to be very quiet and inactive, however, as we were about to leave, Jonathan heard the characteristic rising trill of a NORTHERN PARULA. We couldn't believe our ears because this bird is very rare for NE Illinois in summer (they should be in NE Wisconsin now!), but our ears were confirmed when we spotted this beauty: 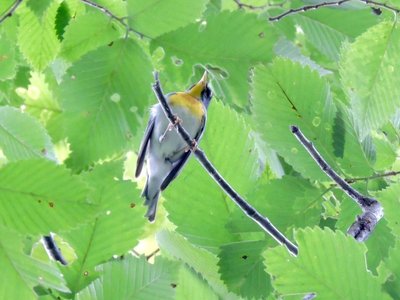 Our next stop was at Swallow Cliff Woods, where we immediately spotted a family of EASTERN BLUEBIRDS nesting in a tree cavity above the parking lot. Here is the adult male bird: 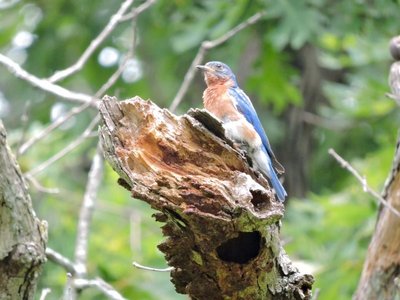 This male YELLOW-THROATED VIREO was the first of three life birds for Jonathan today: 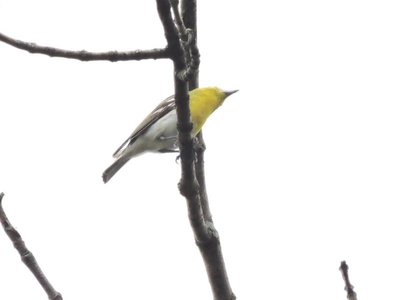 This male SUMMER TANAGER, a species I really did not expect to see, was a fantastic surprise and another life bird for Jonathan: 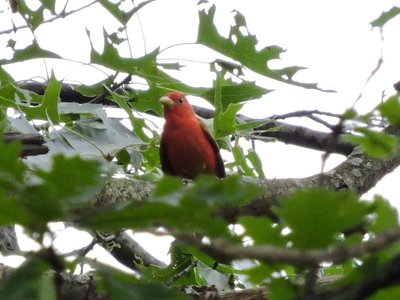 Jonathan is quite the naturalist - he is also knowledgable about plants and marine wildlife as well as birds. He told me this is a Fireweed: 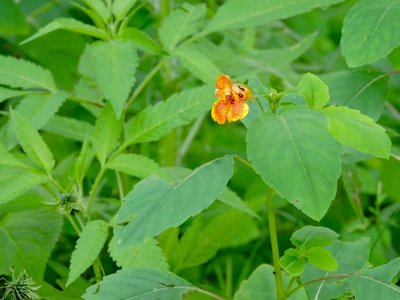 As well as Summer Tanagers, we found the similar SCARLET TANAGERS at Swallow Cliff Woods, as well. This is an extremely cooperative male bird that posed very nicely for photos: 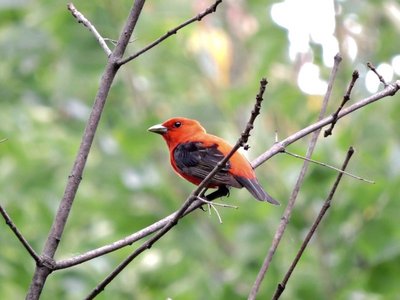 Our third birding stop was Ford Road between two great preserves: Bergman Field/Slough and Cap Sauers Holding. Although Cap Sauers was very quiet, we spotted these two OSPREY atop a nesting platform near the slough: 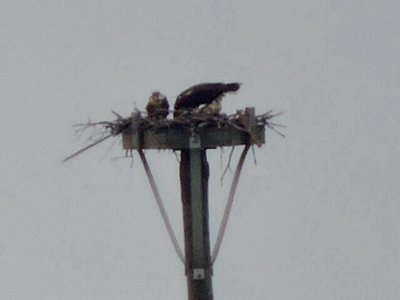 We also heard but did not see Jonathan's life bird HENSLOW'S SPARROWS in Bergman Field. Although Cap Sauers Holding was very quiet bird-wise, it is a beautiful place and there was a nice display of wildflowers such as this one: 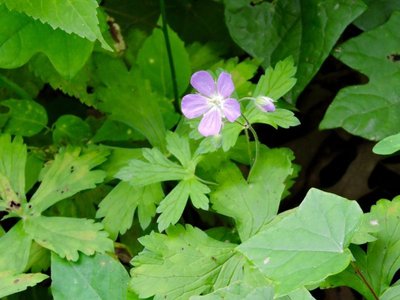 Although we were rained on during the last part of the excursion, it was a fantastic day of birding with pleasant 70-degree temperatures. A big thank-you goes to Jonathan's parents who graciously drove me around to these preserves and treated me to a nice Mexican lunch after the birding trip.

This blog will not be updated until towards the end of July, because on Tuesday I am leaving for a 10-day trip with a club from my school to COSTA RICA! I am not allowed to take devices that connect to the Internet, so I will make a few posts on the trip when I return in late July. Until then, good birding!

Posted by skwclar 17:29 Archived in USA

Thanks, Henry! I always enjoy reading about your adventures. Have a great trip to Costa Rica!

Great as usual! A black-billed cuckoo struck one of my windows, so I got to hold it until it recovered, squawked and flew back into the woods!

Spotted Touch-me-Not, not a fireweed. Fireweed looks more like a phlox.