Today my family took me birding to two major birding hotspots here in Blaine County, Idaho: Silver Creek Preserve and the Magic Reservoir. It was a beautiful day for birding with partly sunny skies and temperatures topping out at a pleasant 79 degrees.

We left our condo at about 6:40am and arrived at Silver Creek by 7:30am. Along the drive, I saw a flock of beautiful YELLOW-HEADED BLACKBIRDS so my dad pulled the car over alongside the road which allowed for me to take this photo of one of them: 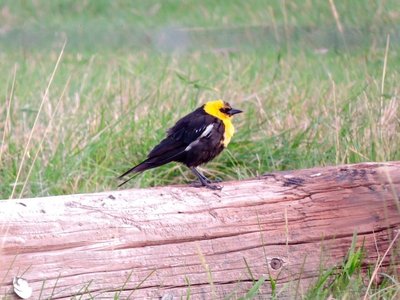 When we arrived at the preserve, I immediately started hiking on one of the trails there, when suddenly, as I passed through a large thicket just a few paces beyond the visitor center, a LONG-EARED OWL flushed from in front of me! LIFE BIRD #858! It flew away too quickly for photos but it allowed just enough time for identification. It flushed from near this nest, so maybe this is its nest? I also saw a second Long-eared a few minutes later, further strengthening my theory that this is indeed their nest: 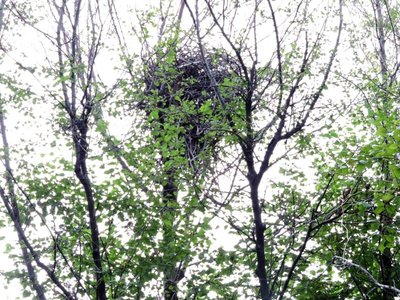 I got a SECOND LIFE BIRD, #859 on my life list, at Silver Creek this morning, as well! It was a flock of CANVASBACKS, a type of duck I have never seen before: 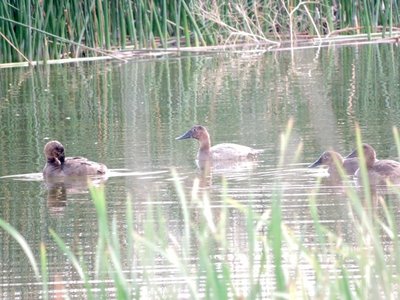 Silver Creek Preserve is a beautiful place owned by the Nature Conservancy and it is actually a more common destination for fishers than birders. 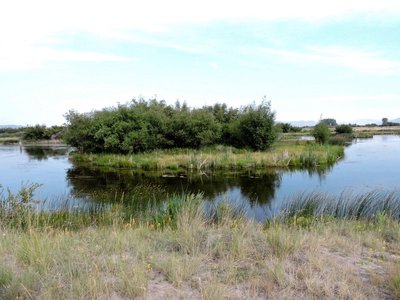 In total, I had 50 bird species at Silver Creek. More photos are below; this is an EASTERN KINGBIRD: 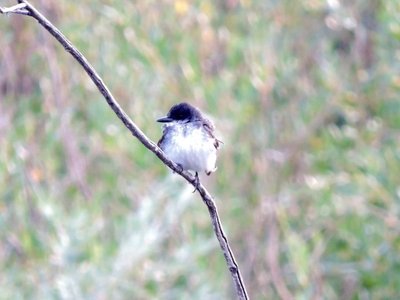 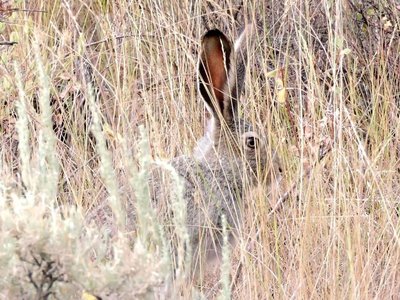 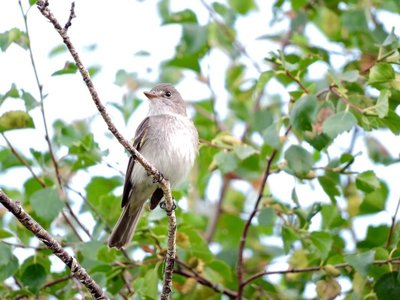 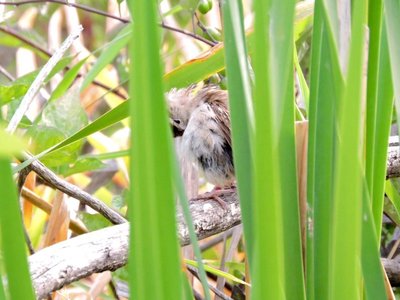 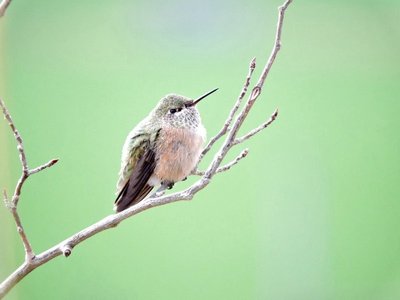 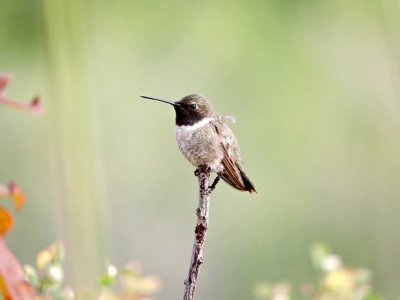 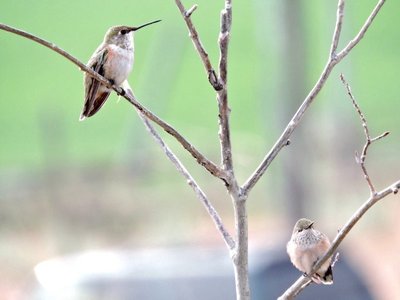 Female NORTHERN HARRIERS; two of these were actively hunting the grasslands at the preserve: 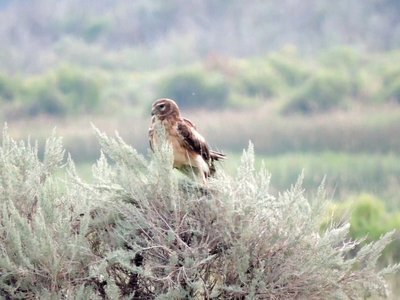 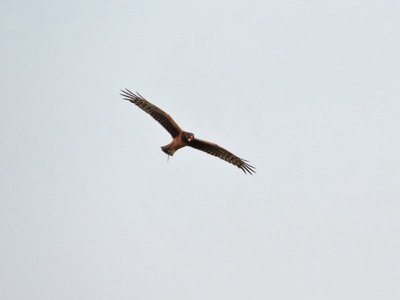 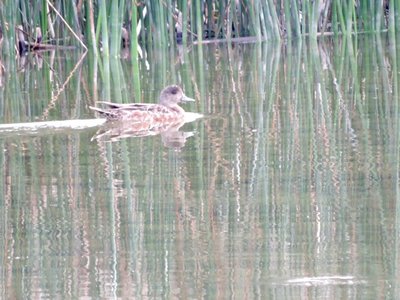 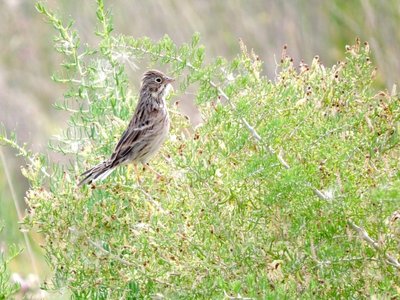 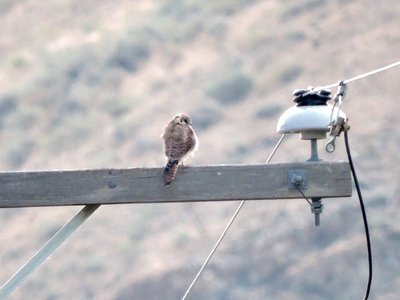 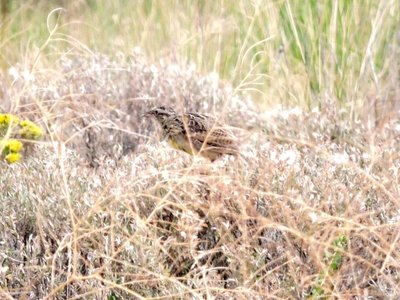 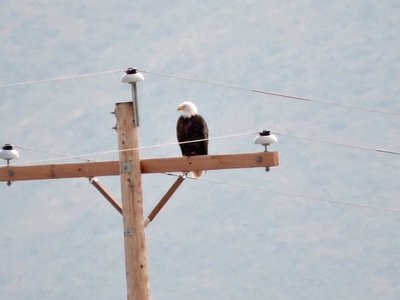 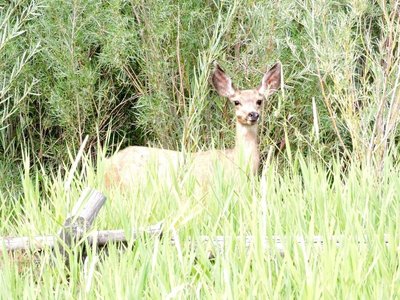 My mom, my sister Pearl, and I posing in front of the entrance sign to Silver Creek Preserve: 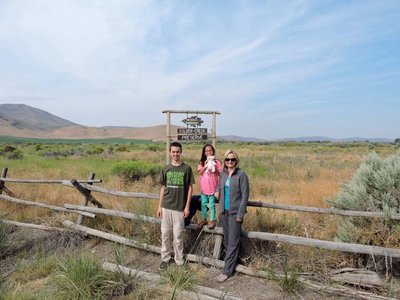 Then, we drove to the western access of the Magic Reservoir and arrived at about 10:45am. I showed my family a grove of trees where COMMON NIGHTHAWKS reliably roost, and sure enough, they were there! Here is one of them: 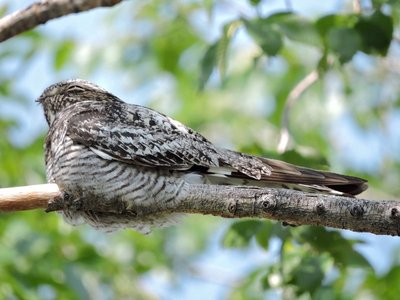 Then, I spent about an hour scoping water birds in the Magic Reservoir, which had very low water levels so most of the birds were quite far away; however, there were flocks and flocks of waterbirds - there were just so many! This photo doesn't even do the number of birds that were there justice. I believe there are CANADA GEESE, MALLARDS, GADWALL, RING-BILLED GULLS, and SOLITARY, SEMIPALMATED, & WESTERN SANDPIPERS in this photo alone: 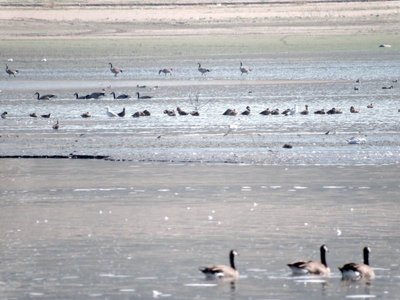 The best bird at Magic Reservoir was this MARBLED GODWIT very far out on the mudflat, the brownish shorebird in the center of the photo, which is a very uncommon species for Idaho: 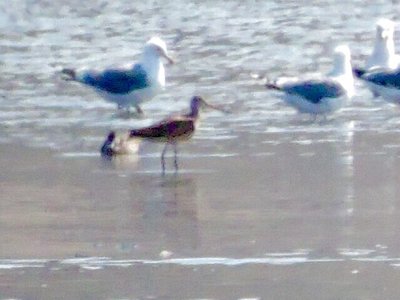 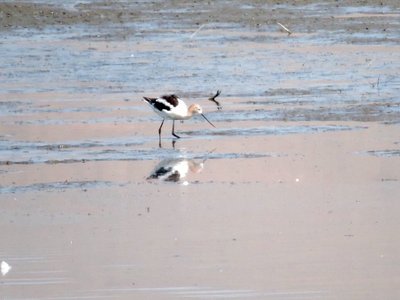 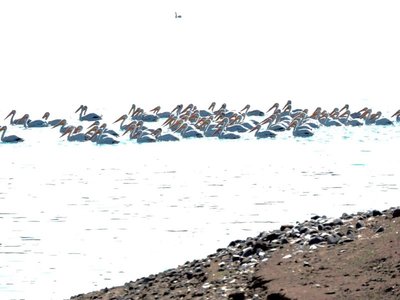 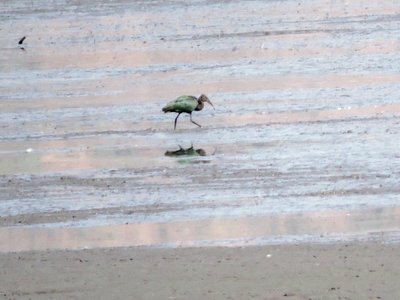 On the drive back to the condo, we spotted more birds alongside - or even on the road in the case of this large covey of CALIFORNIA QUAIL (which had 18 chicks!): 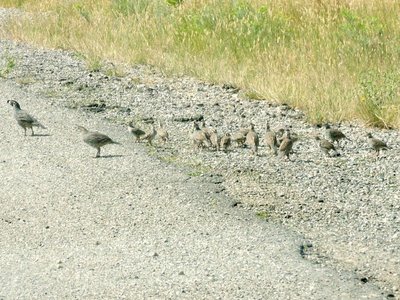 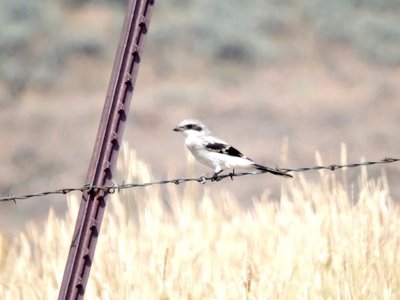 Here is the full avian species list for the Magic Reservoir and the surrounding areas.

Overall, it was an absolutely phenomonal day of birding with 74 species in total!

Bird-of-the-day to my life bird CANVASBACKS which allowed for photos. Runners-up to my life bird LONG-EARED OWLS who were not cooperative for photos (otherwise, they would have been top bird) as well as the rare MARBLED GODWIT. A great day!

Stay tuned because tomorrow my family and I will be taking a hike where I am sure to see many birds!

Posted by skwclar 14:03 Archived in USA