Between times of rain on this damp, chilly day, my dad, sister, and I biked the beautiful Wood River Bike Path near Sun Valley, Idaho. Although the views were beautiful, the birding was below average as I only managed 28 bird species today.

This beautiful male CEDAR WAXWING was the only bird I could photograph: 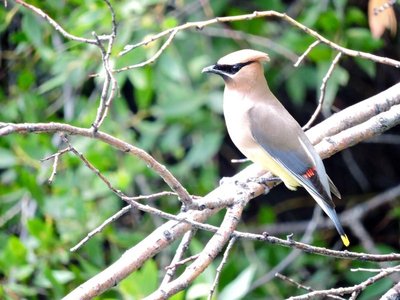 Here is a pretty oxbow in the Big Wood River, which the bike path parallels: 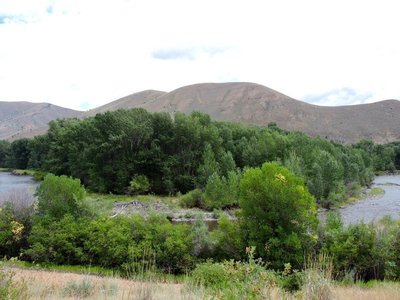 This is the most snow I have ever seen on the surrounding mountains (since we only come out here in the late summer of every year); I guess the showers we received here in the valley came in the form of snow in nearby high alpine areas such as Kent Peak in the nearby Boulder Mountains, shown here: 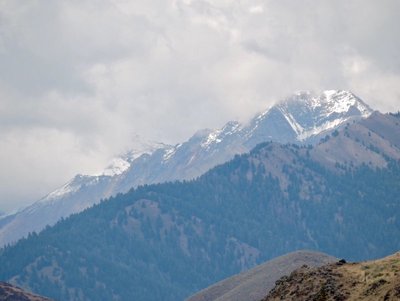 It was a very pleasant bike ride with temperatures in the 60-70 degree range.

Bird-of-the-day to the CEDAR WAXWING, the only bird cooperative enough for photos today. Runner-up to a rarer but unphotographed MACGILLIVRAY'S WARBLER I also saw along the bike path. The full avian species list for the afternoon is attached below.

Posted by skwclar 16:04 Archived in USA