Day 16: Owling in a Creepy Forest

The title of this post is explained at the end of the post, make sure to read it!

I took a short bike ride in the morning and found 31 bird species, including this male WESTERN TANAGER with the largest amount of red on its head that I have ever seen on a Western Tanager: 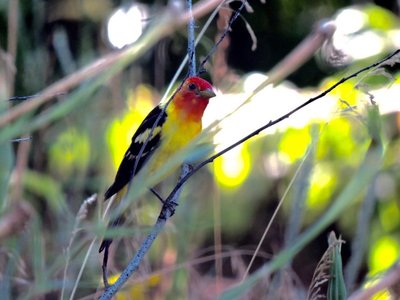 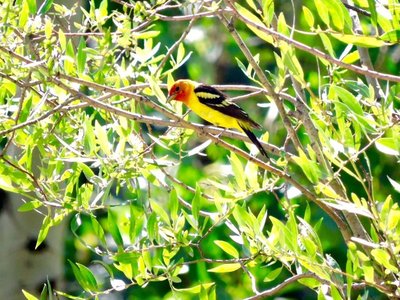 I also found this CALLIOPE HUMMINGBIRD, one of the more uncommon of the four species of hummers that can be found in Idaho: 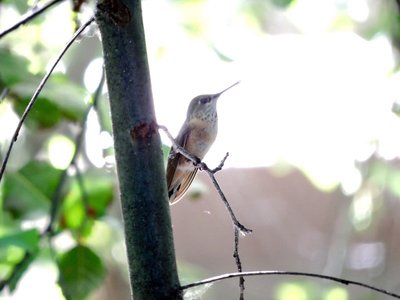 During the afternoon I added two bird species and then at around 9:00pm when it was almost dark, I went on a short, 45-minute owling hike by myself. It was...creepy. Tramping through overgrown trails in almost complete darkness through woods on the slopes of Mt. Balde with only a weak headlamp and an iPad for light is rather unnerving. All this while scanning for bears, mountain lions, and, from below, snakes while of course listening for owls is a lot to do under the circumstances! The creepiness sort of payed off because I did hear an owl...screechy begging calls from one or two juvenile GREAT HORNED OWLS, always a nice species to identify.

Bird-of-the-day to the GREAT HORNED OWLS in the creepy forest. Runners-up to the beautiful male WESTERN TANAGER and the uncommon CALLIOPE HUMMINGBIRD.

Stay tuned, because here are a few important dates for this blog that are quickly approaching:

Friday, August 14: "Idaho Big Day" - birding from 10 in the morning to midnight and trying to find the Great Gray Owl with birders Kathleen C and Poo WP!
Monday, August 17: I fly back home to Chicago to start school the next day. Blugh.
Saturday, August 22: I am going on a field trip with the Illinois Young Birders Club in search of shorebirds and other avian goodies!

Posted by skwclar 20:51 Archived in USA