Yesterday afternoon, Saturday, August 15, local birder Ryan Anderson and I birded some of the "underbirded" locations here in the Wood River Valley of central Idaho.

We arrived at our first stop, the riparian deciduous woodlands near the River Run Lodge in the town of Ketchum, at around 12:15pm and we soon found some nice pockets of birds. 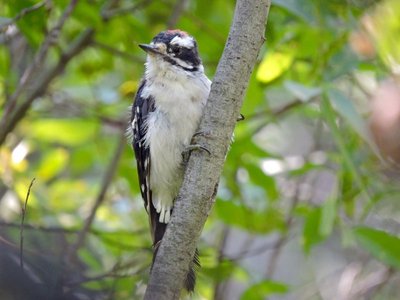 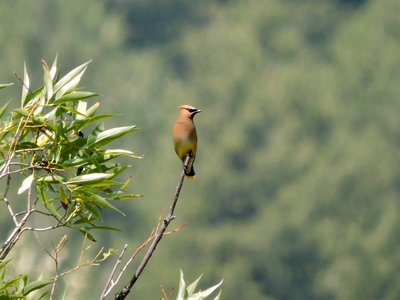 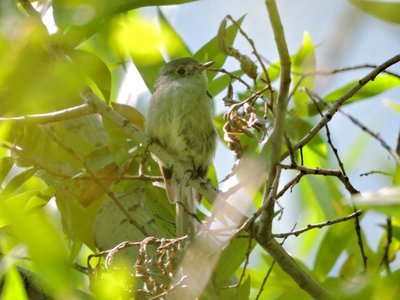 We also had BELTED KINGFISHER, LEWIS' WOODPECKER, WARBLING VIREO, and MACGILLIVRAY'S WARBLER among other things at this location.

The next stop was the Sawtooth Botanical Garden near the small community of Gimlet. It is a beautiful little park: 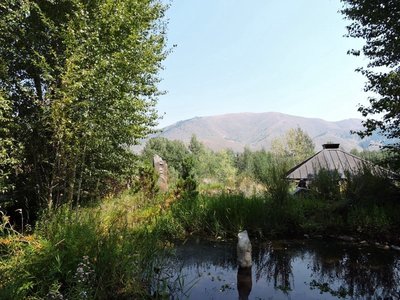 They have a Buddhist Prayer Wheel at the Botanical Garden which is very interesting because it is one of only three or four of these in the entire country! In Buddhism, it is believed that bringing a thought to the wheel and spinning it will wash away the bad karma associated with that thought and bring about the good karma associated with the thought. Also interesting is that the Dalai Lama visited the Wood River Valley less than ten years ago, I think. 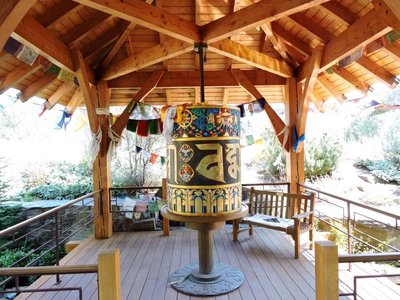 Other than BLACK-CHINNED and RUFOUS HUMMINGBIRDS, there were few birds except for a juvenile CHIPPING SPARROW with a deformed or chipped bill.

Next, we drove down to the Starweather Community and birded by car and by foot. This is a female LAZULI BUNTING: 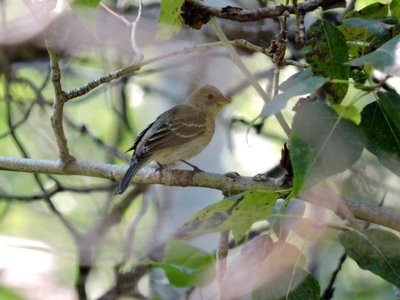 At one location with good habitat, we played the Western Screech-Owl call and because it was hot and mid-day, we did not expect to hear anything in response. To our amazement; however, we heard my life bird (!) WESTERN SCREECH-OWL sing its characteristic "bouncing ball" song back to us from barely ten feet behind us. After a few seconds, we layed eyes on my insanely cute lifer Western Screech-Owl, which is about the same size as a robin: 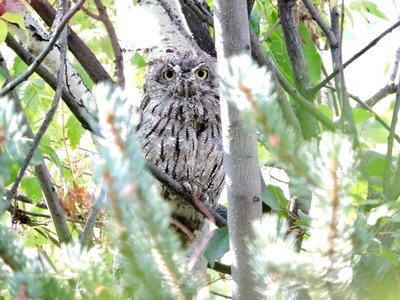 Ryan and I high-fived each other because this was actually the first one he had ever seen in the Wood River Valley.

There was actually a second owl sitting right over the other one! You can kind of make out both in this photo: 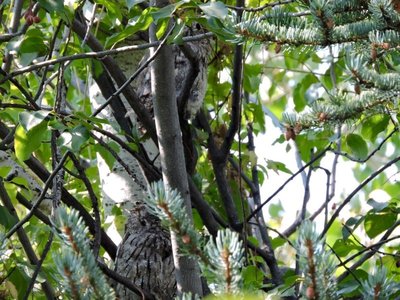 What a darling little owl! 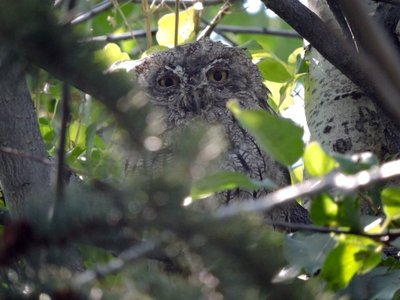 This Screech Owl marks the eighth owl I have identified this trip. Here is the list of owls I have had this year in Idaho by order of appearance/identification:

It was a great afternoon of birding. Thanks so much to Ryan for driving me and helping me find a life bird!

Bird-of-the-day yesterday goes to my life bird Western Screech-Owl. Runner-up to the Hammond's Flycatcher. The full avian species list for the afternoon is attached below.

Stay tuned because today, which is my last full day in Idaho, I will be birding with birder Poo Wright-Pulliam in the late afternoon and evening - I am very excited!

Posted by skwclar 23:06 Archived in USA