This post is about yesterday, Sunday, August 16, my final full day in Idaho.

During the afternoon, my mom, my sister, and I made a quick visit to the pretty Sawtooth Botanical Garden: 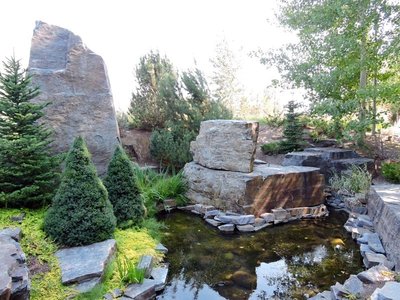 I spotted a few cool water bugs in their water feature like this one: 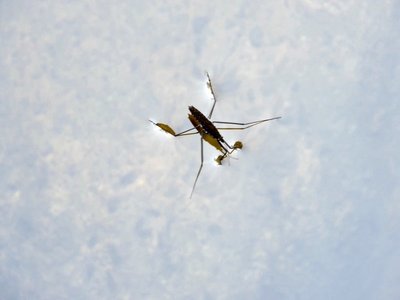 My mom found this well-camouflaged grasshopper: 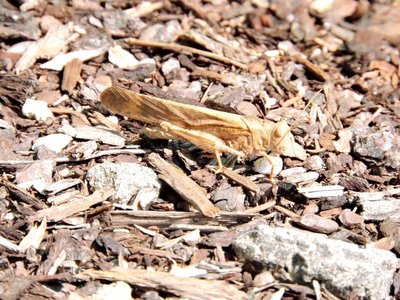 Then, from 4:30pm to 9:00pm, I had one last birding trip in the Wood River Valley area with birder Poo Wright-Pulliam. Our main target bird was the federally threatened Greater Sage-Grouse, the largest grouse in North America. 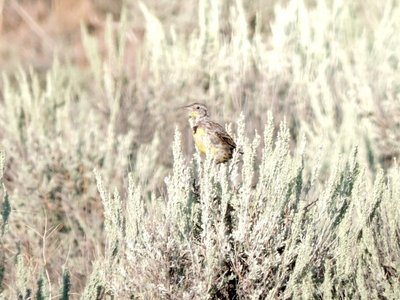 Immature SAGE THRASHER, an uncommon species this late in the summer: 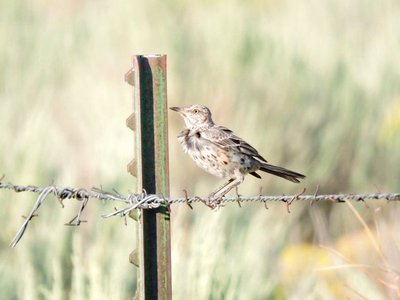 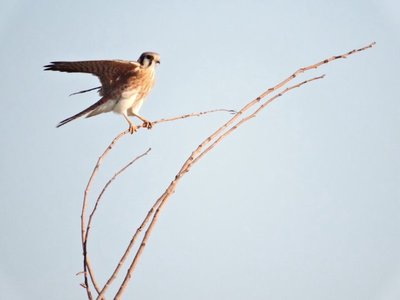 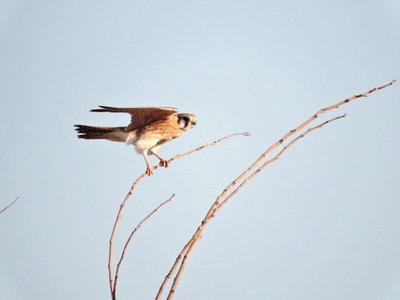 A cool herd of Pronghorn (NOT antelope; they live in Africa!): 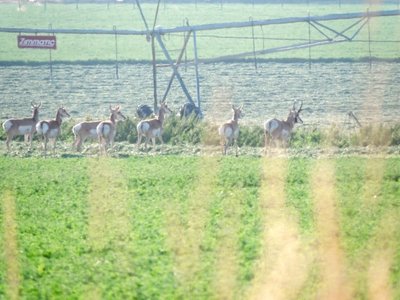 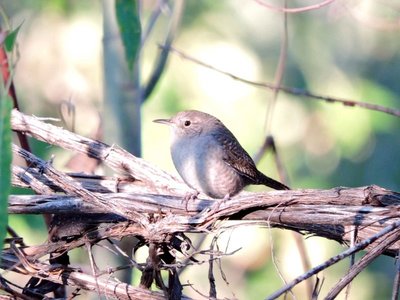 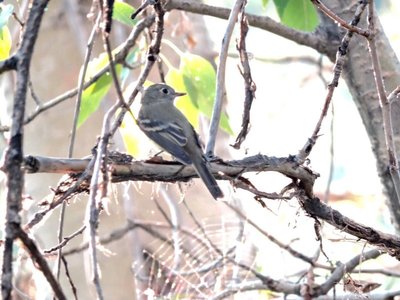 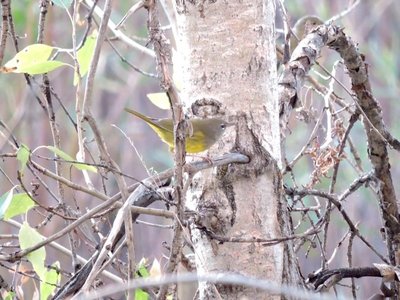 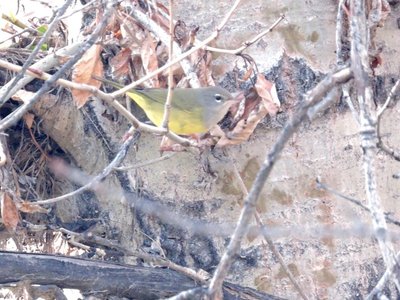 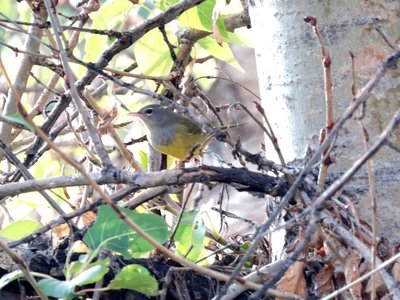 Distant BALD EAGLE nest with an immature bird perched on it: 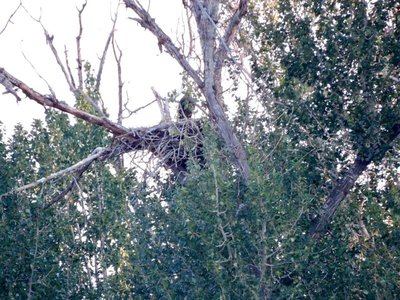 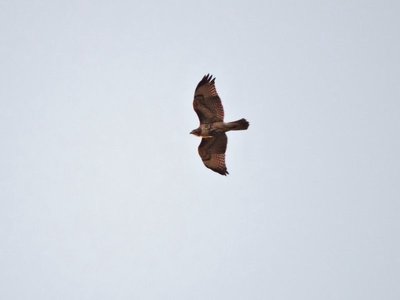 Although we never found the Greater Sage-Grouse, we did make a stop towards the end of our outing at a location in the Starweather community of the central Wood River Valley where we found two species of owls, a fitting end to a trip in which I have identified a total of eight species of owls!

We heard three GREAT HORNED OWLS calling and also saw one WESTERN SCREECH OWL of which I only managed a poor photo because it was starting to get dark. The owl is the dark blob in the center: 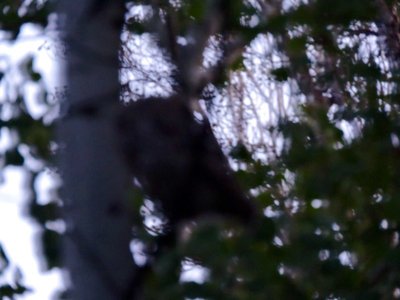 All in all, it was a great last excursion! Thanks so much to Poo Wright-Pulliam for driving again and taking me to these awesome birds!

Bird-of-the-day goes to the uncommon juvenile SAGE THRASHER. Runner-up to the poorly-photographed WESTERN SCREECH-OWL which was a life bird for me only a day before this! The full avian species list for the day is found below.

Stay tuned for a summer recap post today because I will be starting my first day of my sophomore year of high school tomorrow, Tuesday, August 18.

Posted by skwclar 08:25 Archived in USA

Sounds like you had a great trip! How many species did you see on your trip? Are you in school now?

Thanks to you also, Henry, for letting us live vicariously through you and all these wonderful birds! Your blog is fun to read and I'll be keeping up with you through it until next year when we head to the City of Rocks and the Intermountain Bird Observatory. Safe travels!