A Week of Autumn Migration

This "autumn" or "fall" migration we speak of is really quite an enigmatic term - southbound bird migration in the latter half of the year actually occurs in Illiois from early JULY all the way to late NOVEMBER! (for us Illinoisans, we all know that July is a month of excessive heat & humidity while the end of November tends to be chilly and...well...yucky overall). Birds are not compelled to migrate in such intense, short-lived bursts as in spring because they do not have the biological drive to get to their breeding ground, find a mate, and rear offspring. Shorebirds tend to migrate in July with songbirds in the middle and raptors, waterfowl, and winter species towards November. To learn more about the science of bird migration, please visit my other bird blog called "Arrivals and Influxes" which is dedicated to giving nightly forecasts for birders during both migration seasons.
ilmigration.blogspot.com

Being the middle of autumn migration, songbirds are starting to move through Oak Park. Last Tuesay and Wednesday I squeezed in a bit of birding and found some nice migrants, including 8 species of warblers - tiny, brightly-colored passerines (songbirds) that come through Oak Park in spring and fall. You will notice in this post that the warbler photos are mainly cropped and far-away because these birds tend to feed high in the oak and elm trees in my neighborhood.

This rare YELLOW-THROATED WARBLER was a HUGE surprise and the best bird of the week! 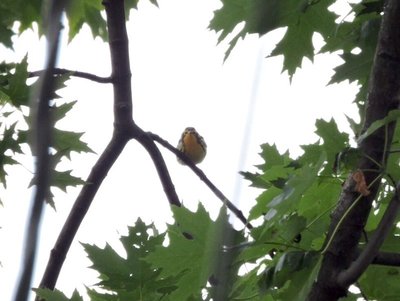 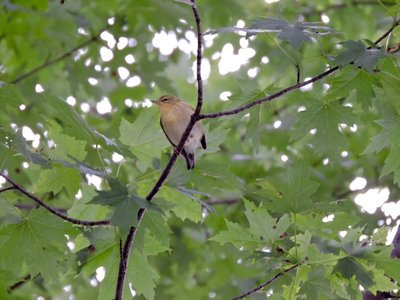 Beautiful and uncommon male CANADA WARBLER with a flashy black "necklace;" a species whose plumage does not change between summer and winter as opposed to the previous two warblers: 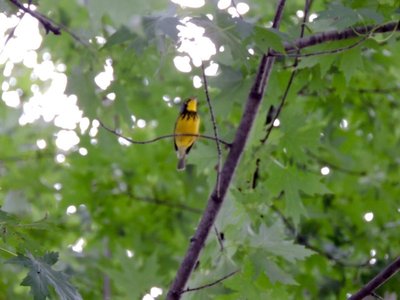 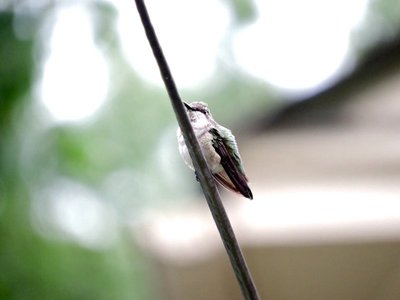 Today (Sunday, August 30) I led my first Oak Park Bird Walk of this season! It was a HUGE success with a group of 11 lively birders in attendance including blog subscriber Judy F! 19 species were positively identified in total, and although that is a rather low overall species count, some nice migrants were found including SWAINSON'S THRUSH, ROSE-BREASTED GROSBEAK, and five species of warblers. To learn more about Oak Park Bird Walks, visit the bird walk website: https://sites.google.com/site/opbirdwalks/

A portion of the walk was spent studying various mixed species flocks of warblers, videos, and chickadees which included this TENNESSEE WARBLER, one of a few seen this morning: 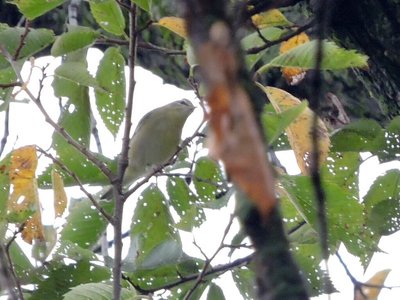 This female HAIRY WOODPECKER was a surprise and nicely juxtaposed five smaller Downy Woodpeckers also seen on the walk: 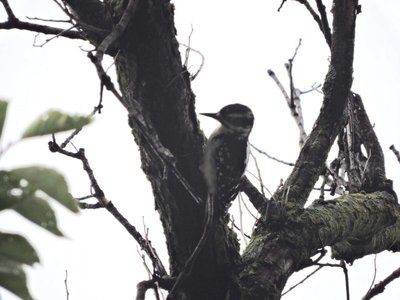 Female BLACK-THROATED GREEN WARBLER not being cooperative for photos very high up in a tree: 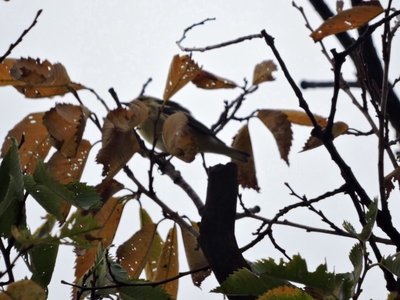 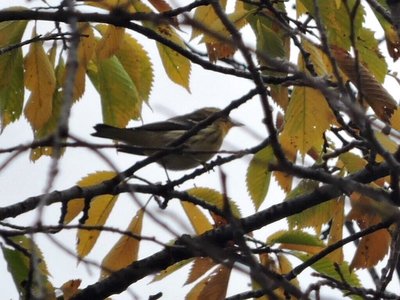 CEDAR WAXWING, one of two flocks totaling about 25 birds seen on the walk: 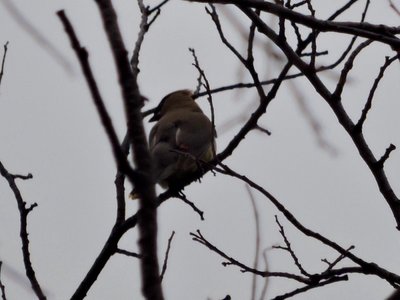 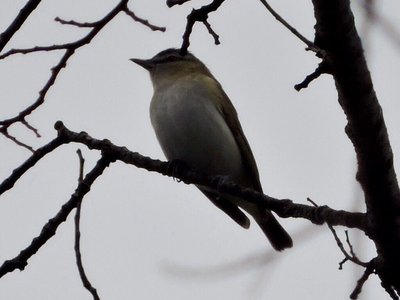 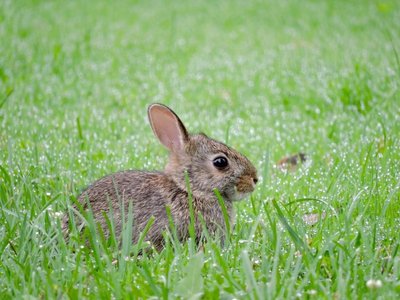 At one point, this flock of 13 CANADA GEESE flew over: 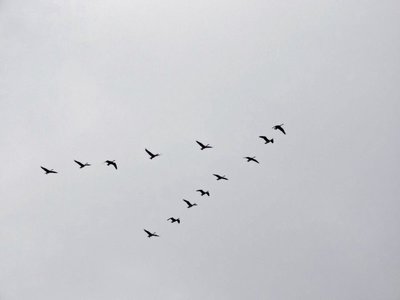 My personal best spotting feat of the morning was finding this very far-away ROSE-BREASTED GROSBEAK from all the way across a field in Taylor Park: 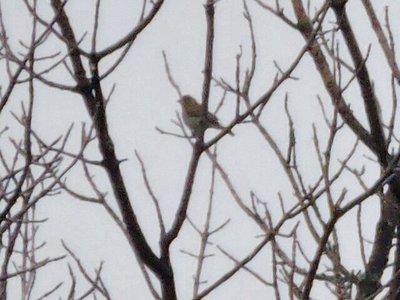 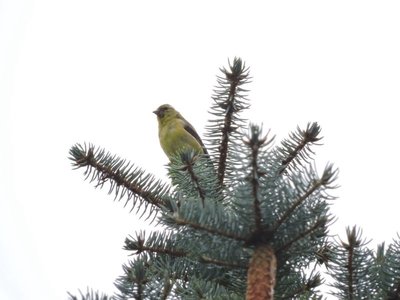 Bird-of-the-week goes to the very uncommon YELLOW-THROATED WARBLER I photographed last Tuesday. Bird-of-the-day for the Oak Park Bird Walk today probably goes to the nice female HAIRY WOODPECKER, an uncommon species for Oak Park. The full avian species list for the bird walk is included below.

It was a very fun bird walk (the first of 8 this fall!) to conclude a great week of finding migrant songbirds! I should be finding more and more until the peak of songbird migration which is in about mid-September here in northeast Illinois. Since I am very busy during the school week, I will probably be restricted to only weekend posting this fall. I will; however, be posting nightly until early November on my other bird blog "Arrivals and Influxes:"
ilmigration.blogspot.com

Posted by skwclar 19:06 Archived in USA