Yesterday I returned from a fantastic Caribbean cruise aboard the Emerald Princess. I will make one post for nearly every day (like I did for Costa Rica last summer), so here is day 1:

After taking an evening United Airlines flight from Chicago to Fort Lauderdale and staying in the Renaissance hotel near the cruise port, my dad and I woke up bright and early to bird the best birding hotspot nearby, according to eBird.org, Evergreen Cemetery: 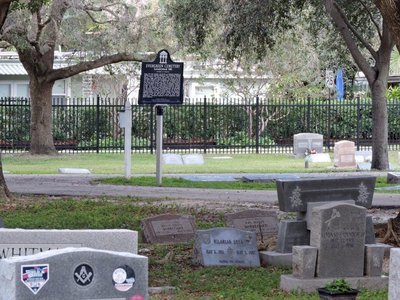 Although it was not as productive as I had hoped and I missed my three main target birds (Short-tailed Hawk, Painted Bunting, & Prairie Warbler), there were definitely birds around and I got two life birds (although they were common ones). Here is a GRAY CATBIRD - ironically, a house cat was a mere six feet below this bird at the time! 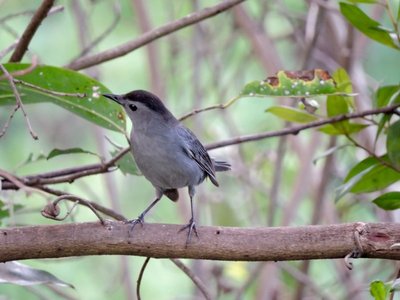 My first lifer was this WHITE IBIS, which is a very, very common species in Florida: 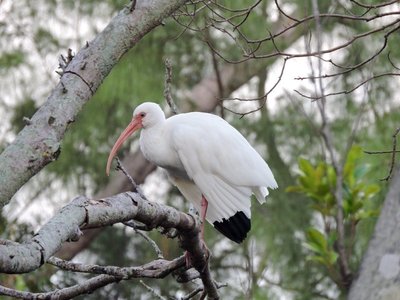 Then, a sizable and noisy flock of parakeets flew overhead and I snapped this photo. If anyone has any ideas as to the identification of these birds to the species level, it would be much appreciated - these were in a larger group of about 35 birds that were flying around, mobbing a juvenile COOPER'S HAWK and calling raucously: 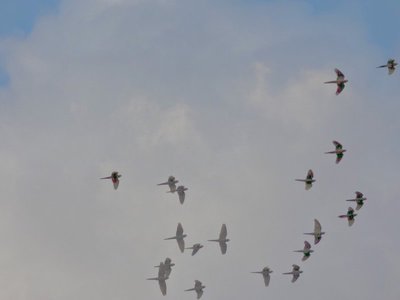 Here is the juvenile hawk they were mobbing: 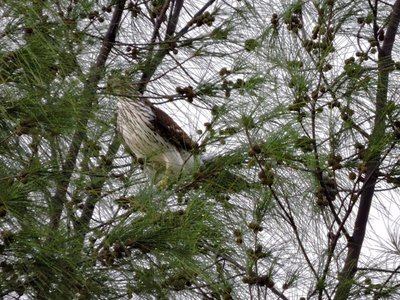 It was definitely Florida alright! Reptiles abounded, and many geckos (not pictured), turtles, and iguanas were seen in and near the cemetery: 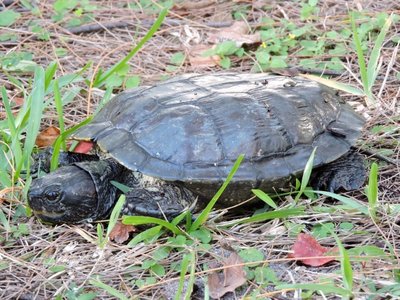 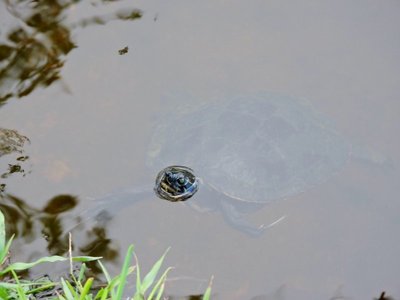 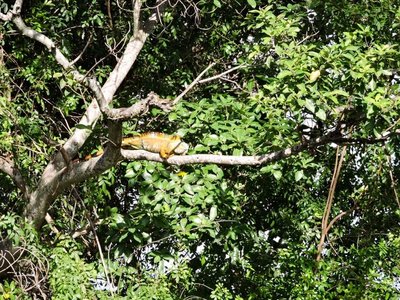 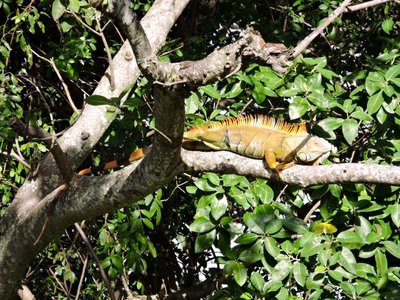 This ANHINGA was a rather interesting find, and the first time I have managed to photograph this species: 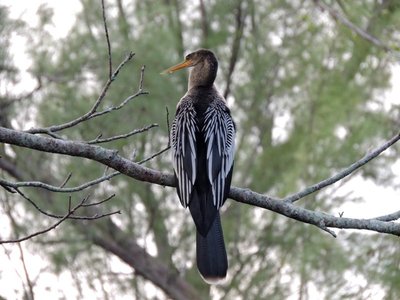 Later, I found another (or possibly the same one) in its classic wing-drying position. These birds actually swim in the water for their prey (fish) but they have to completely dry their wings before they take flight. Very cool to see! 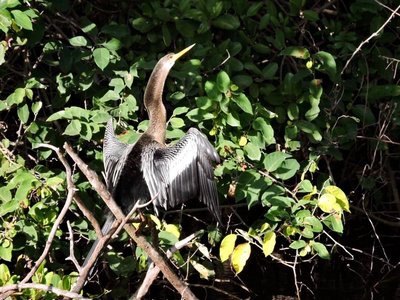 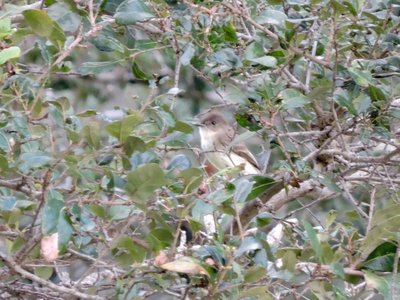 MUSCOVY DUCKS (like this one perched on a tomb stone), although a feral/introduced species and exceedingly common, are countable for my life list: 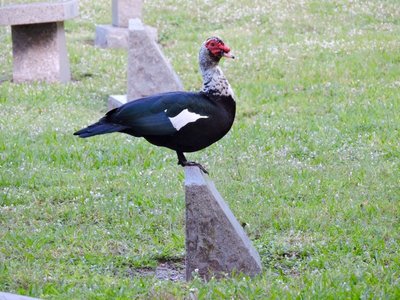 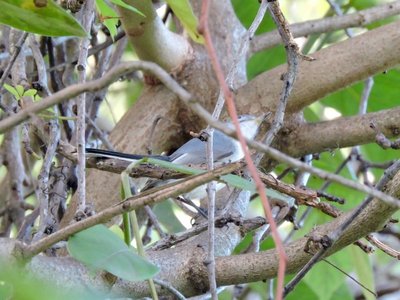 This NORTHERN PARULA may have been the most uncommon find at the cemetery: 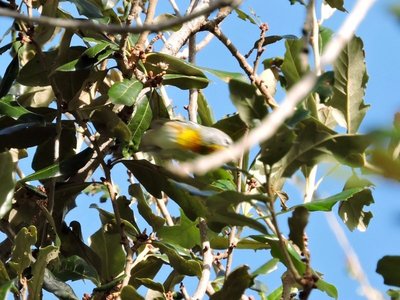 This COMMON GALLINULE was another nice species to see: 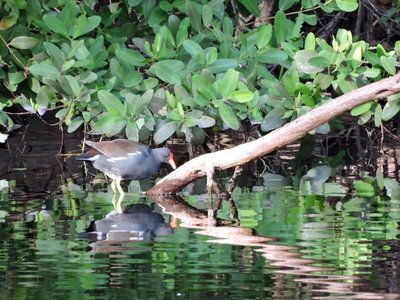 Pretty soon, my dad and I were getting tired and hot (not being used to the warmer weather) so we headed back to the hotel pool and met my mom and sister there for a swim. Then, it was time to leave for the cruise ship and after a very easy check-in process, we were boarding the gigantic Emerald Princess ship! For this cruise, my mom, dad, and Pearl roomed together while I roomed with my uncle John, who joined us for his 35th (!) cruise. 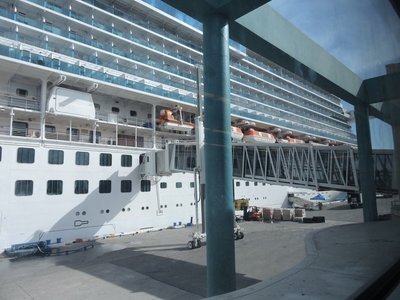 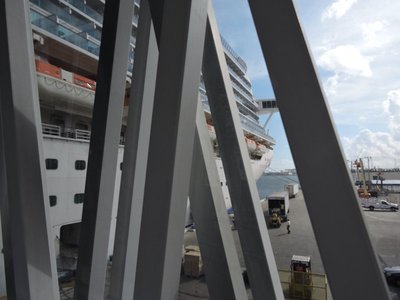 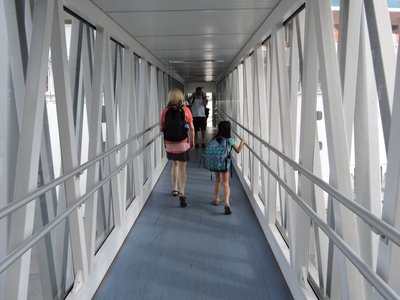 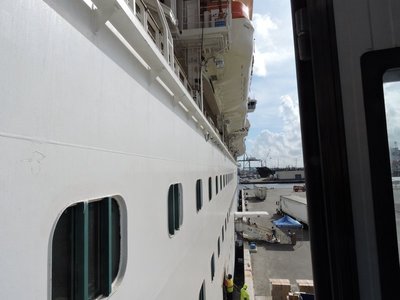 At sail away time, sitting with my family in a prime location at the aft of the ship and enjoying an icy cola, I spotted a few birds as the boat slowly started its journey. 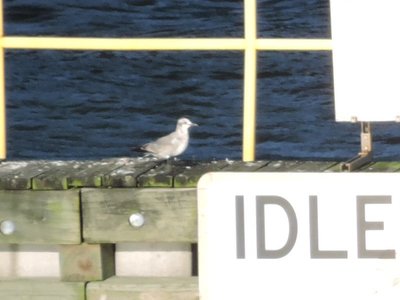 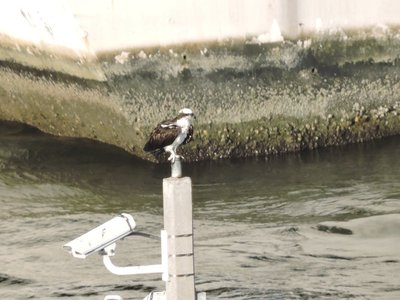 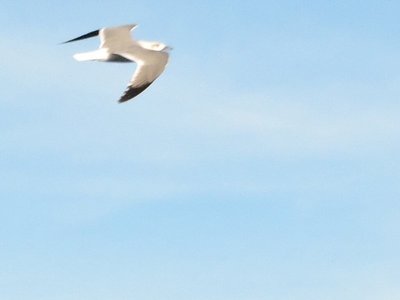 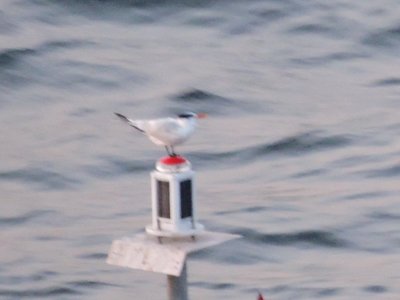 Because the ship departed behind schedule, I did not get to see any pelagic species because it was time to get ready for dinner by the time we started getting far enough away from the shore; however, this delay did allow us to enjoy some great views and witness a beautiful sunset: 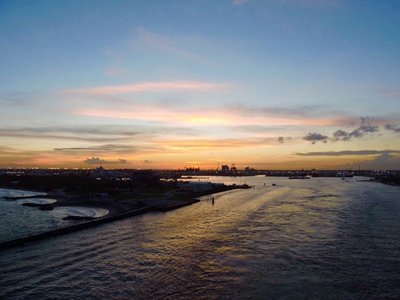 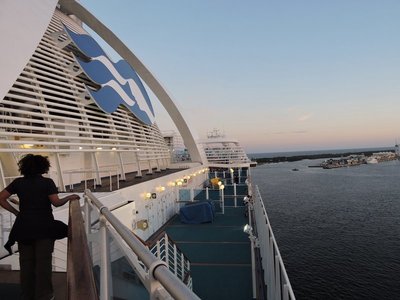 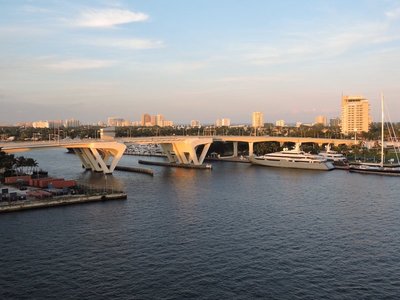 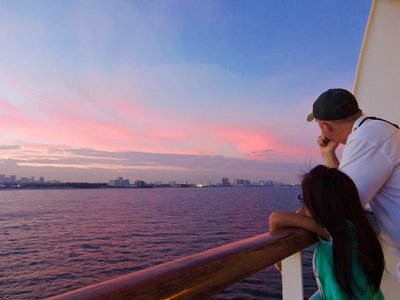 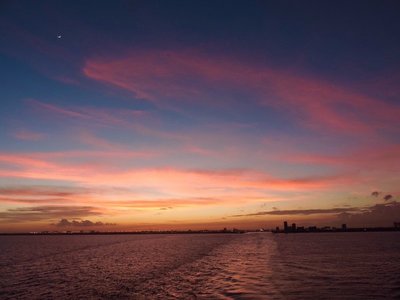 Here is the area of the ship where we were sitting: 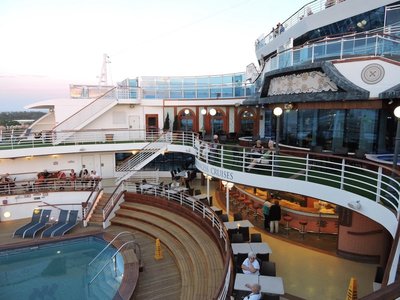 It was a fun day and fairly productive for birding all things considered. Although this cruise was certainly not a birding-centered vacation (relaxation-centered, which I needed after a busy semester), I did see many neat birds and had some really cool experiences.

Bird-of-the-day to the ROYAL TERN, my most uncommon life bird of the three I gained. The full species list for the day is attached below.