Thursday was another day at sea; however, the ship increased its cruising speed due to an ill passenger on board and we pulled into our next port of call, Princess Cays, Bahamas, in the evening - even though we would not be let off the ship until the following morning.

It was another relaxing, laid-back day in the Caribbean consisting of lounge chairs, free smoothies, and warm temperatures. I even spotted a life bird for me: a pair of BROWN BOOBIES. I quickly grabbed my camera and raced down from the 15th floor (Lido Deck) to the 7th floor (Promenade Deck) and managed to take one photo of this interesting species. These birds, like any pelagic species, were always in flight when I spotted them and therefore harder to photograph. I noticed that they were hunting flying fish, which were equally impressive as they propelled themselves at least ten feet through the air before submerging back into the water. Here is one of the Brown Boobies: 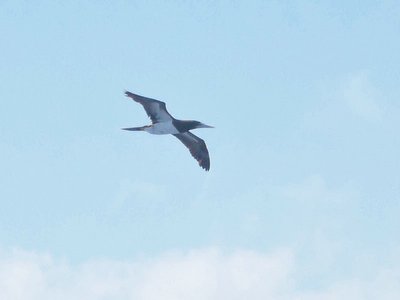 While photographing the Brown Boobies, I also spotted an unidentified pelagic bird that was flying above the waves very far in the distance.

It was a great day of relaxing in the beautiful weather. I lounged in the reclining chairs on deck, swam a bit, ate whenever I pleased, and enjoyed the laid-back cruise experience. At one point, I spotted this ship which turned out to be the "Oosterdam" (pronounced "Oh-sterdam") which was the first cruise ship my dad was ever on! 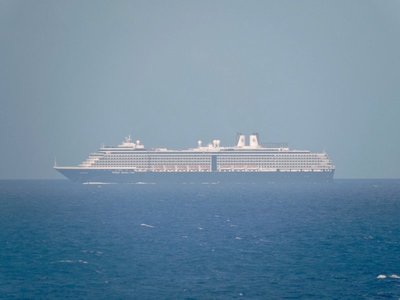 Then, the island of Eleuthera, Bahamas came into view which is the island that contains our next port of call (for Friday), Princess Cays: 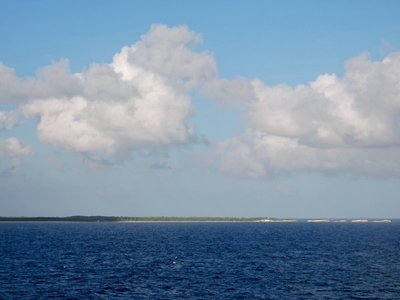 This is Lighthouse Point, where my dad and I would hike to while at Princess Cays: 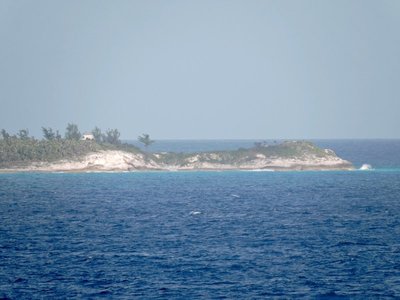 A comedy show and movie under stars concluded a fantastic day. I spotted a total of three birds: the pair of BROWN BOOBIES, which was my bird of the day, as well as the far-off unidentified pelagic bird. The "complete" list is attached below. :-)

1 species + 1 other taxa on Thursday: