Day 6: Return to a Chicago Winter

Yesterday, Saturday, December 19, was the sad day on a cruise called disembarkation. We were off the ship in the nine o'clock hour and took a taxi to the Fort Lauderdale airport to fly home.

I managed to squeeze in a bit of birding from the airplane while it was taxiing to the runway. Here are a couple of CATTLE EGRETS: 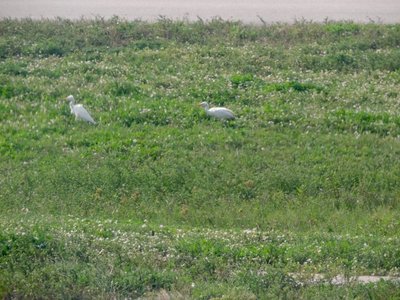 I saw other birds as well, but they were all common ones. When the plane took off, we flew right over Port Everglades and I was afforded great views of our beautiful cruise ship, the Emerald Princess: 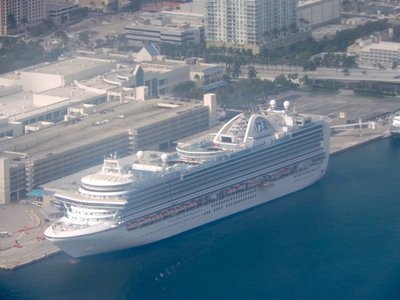 We were high in the sky very soon. I savored the tropical geography of the Fort Lauderdale area because when we left the plane, the Chicago climate - announced to be 29 degrees Fahrenheit - brought us the harsh reality of winter in a temperate climate. 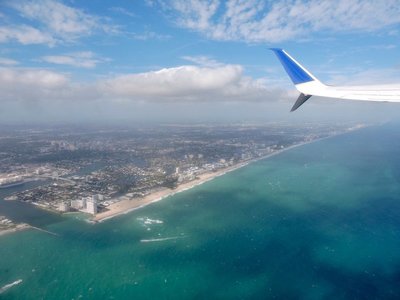 One last look at the Emerald Princess before she disappeared behind a cloud and into the distance: 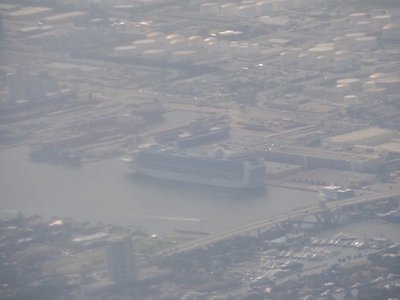 Bird-of-the-day goes to the CATTLE EGRETS at the airport, the only birds I managed to photograph yesterday. Here is the complete, albeit short, avian list for the day:

It was a phenomenal trip. In total, I gained 18 life birds. Bird-of-the-trip goes to the male KIRTLAND'S WARBLER seen on the island of Eleuthera, Bahamas with the runner-up going to the pair of BROWN BOOBIES photographed along the ship on one of the cruise's days at sea.

Stay tuned! Next Saturday, the day after Christmas, I will be riding the Amtrak train up to my aunt's and uncle's place in western Wisconsin. Then, we will continue even further northward to bird the Sax-Zim Bog of northern Minnesota, arguably the best location for winter birding in the world - famous for its winter grouse, finches, owls, and much more!

Enjoyed the photos from your cruise - congrats on the Kirtland's Warbler! Hope you have a great trip to Minnesota! Happy holidays and thanks for your photos from the Gunkels