As 2015, the Year of the Owl, is about to come to a close, today's birding yielded a grand finale of sorts to a truly astounding year for owls. Today my Uncle Mory, his friend Bruce, and I drove back from the Sax-Zim Bog in northeast Minnesota to my uncle's house near La Crosse, Wisconsin. A drive with these two; however, always means that great birds are seen en route, and today was certainly not an exception!

We left our bed & breakfast at the Sax-Zim Bog around 8:00am and immediately found a pair of PINE GROSBEAKS at the feeder just outside the door. Here is the male of that species: 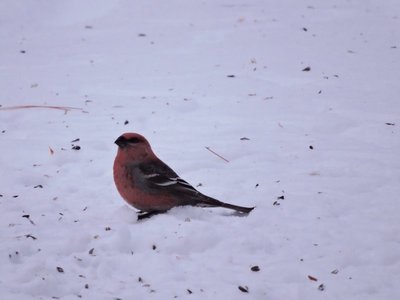 There were also HAIRY WOODPECKERS around the feeders including this one: 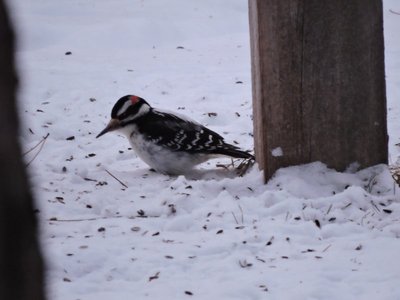 We spent the morning birding the Sax-Zim Bog and found these WILD TURKEYS on Arkola Road: 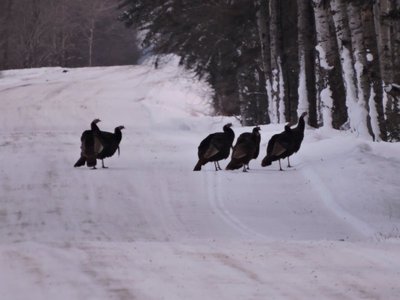 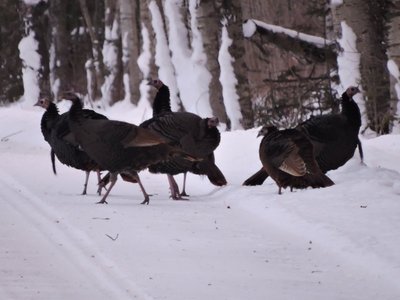 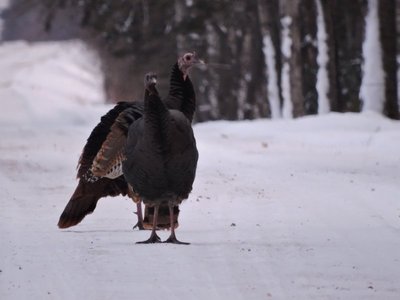 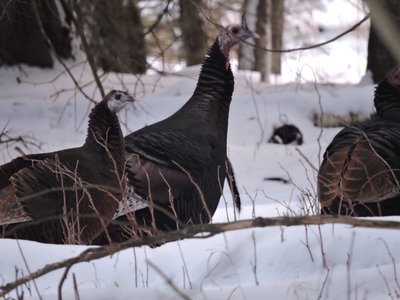 Then, we birded Admiral Road where we found a beautiful GREAT GRAY OWL (again!) just south of the gravel pit towards the northern end of the road: 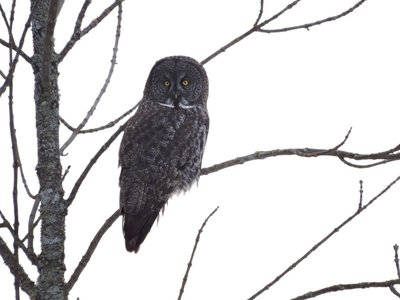 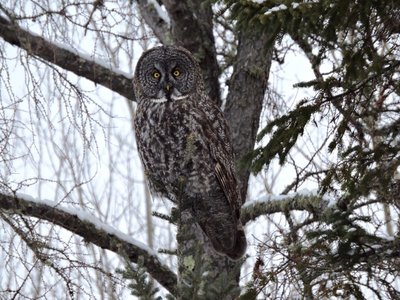 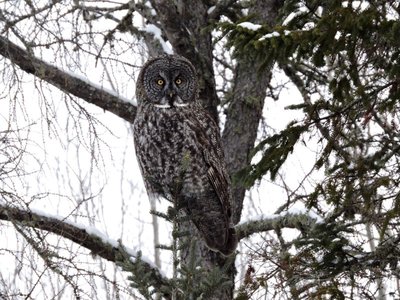 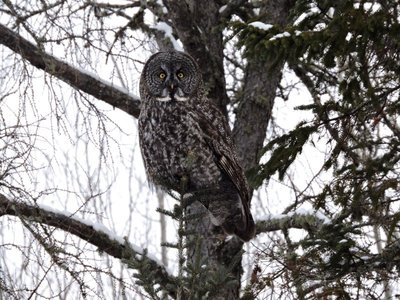 Liftoff! What an awesome bird! 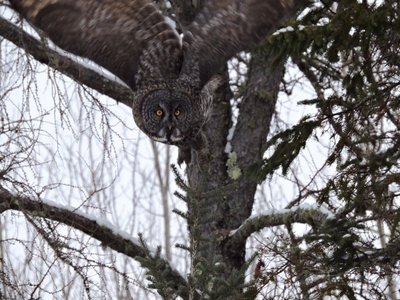 We kept watch over the feeders along Admiral Road in hopes for my lifer Boreal Chickadee. While waiting, we found this RED-BREASTED NUTHATCH: 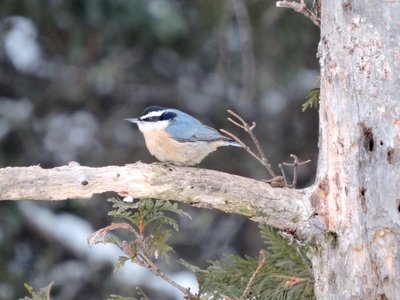 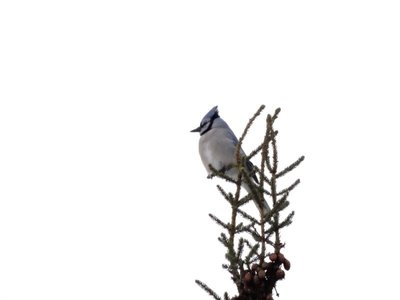 We never found the Boreal Chickadee; however, we did search a few other sites very thoroughly for this elusive species throughout the morning.

As we drove along Arkola Road, we came upon a flock of 15 SNOW BUNTINGS, a species that was a life bird for me just two days ago. This is the first chance I have ever had to photograph one: 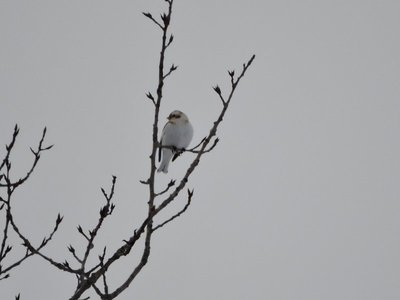 Then, we visited the Welcome Center bird feeders where we immediately found these beautiful PINE GROSBEAKS: 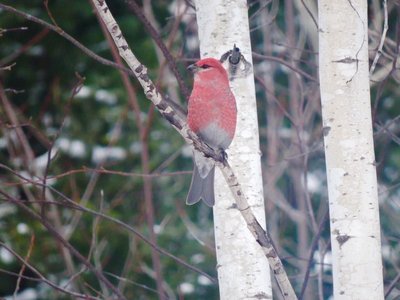 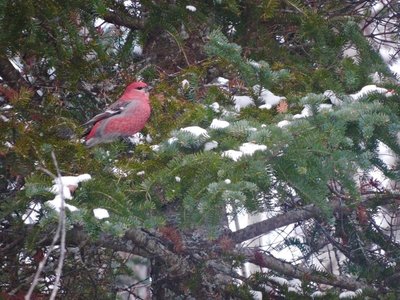 A few COMMON REDPOLLS, but sadly no Hoary Redpolls, were also present including this male: 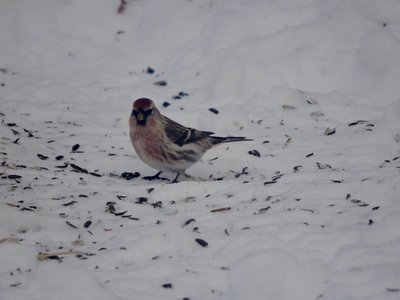 This cute Pine Squirrel also fed off the feeders there: 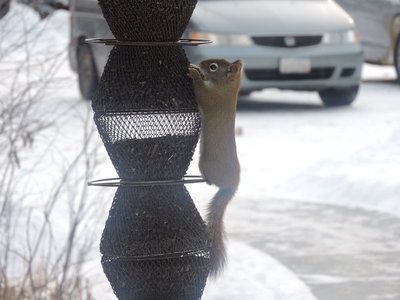 Then, we left the Sax-Zim Bog in the twelve o'clock hour and continued towards the Duluth and Superior area. As we were driving over the big bridge between the two cities, I photographed this flock of waterfowl which consisted of mainly unidentified ducks but also of MALLARD, LESSER SCAUP, and COMMON & RED-BREASTED MERGANSERS: 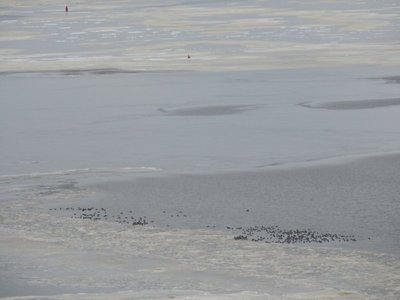 We checked for a reported Gyrfalcon which would be an epic, super rare bird to see, at a grain elevator but failed to find it. We instead found this BALD EAGLE which was partially hidden in branches: 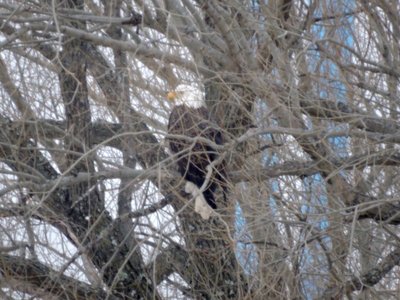 Then, we checked the parking lot of a Menards' store across town in hopes of finding a reported Snowy Owl. Sure enough, my Year of the Owl gave us an encore presentation as I spotted this beauty! 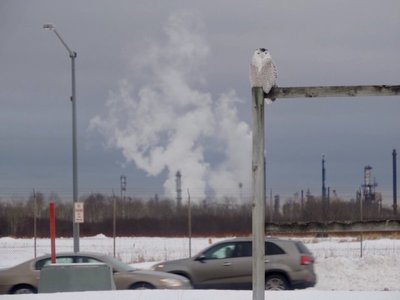 Here are some close-ups of the bird, notice the large black patch on the crown (top of its head) which is, believe it or not, shoe polish left by a local Duluth Snowy Owl bird bander who not only bands the owls but also leaves his telltale shoe polish mark on their head. This can be quite annoying for photographers such as my Uncle Mory and Bruce. It is still a very impressive and magnificent bird, though: 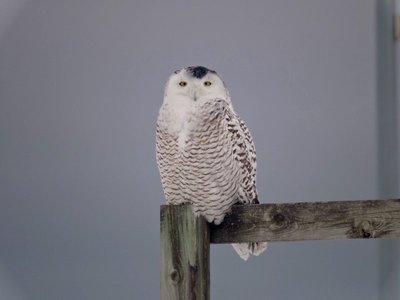 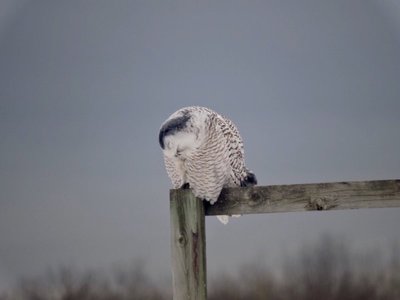 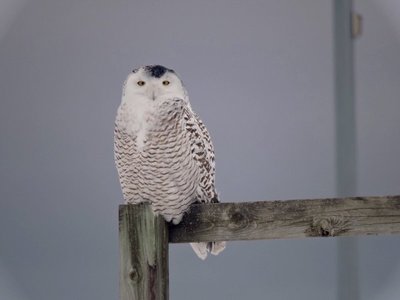 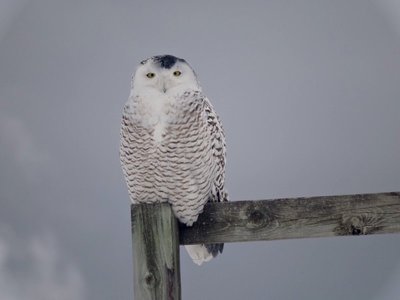 It was an absolutely fantastic day! With two owl species seen in one day, this was certainly a grand finale presentation brought to you by 2015, my Year of the Owl. Bird-of-the-day, of course, goes to both of the owls I found today: GREAT GRAY and SNOWY. The full species list for today can be found below.

A few bits of trivia for today are that this year I found Snowy Owls on exactly 2 days of the year: January 1 and today, the second-to-last day of the year. Also, the Great Gray Owl is the largest and tallest owl found in North America while the Snowy Owl is the heaviest.

Tomorrow, my Uncle Mory and I will be in search of a vagrant Lewis' Woodpecker, a species typically found in the Rocky Mountains, which has turned up about thirty minutes away from his house. Stay tuned!

Thanks for sharing your wonderful owls s snow bunting with us! Happy new year!