Today was an action-packed, awesome, seabird-full day of birding at sea, known by birders as pelagic birding. Disclaimer: It is EXTREMELY hard to snap photos of active birds while on a constantly moving boat, especially when you are quite a distance from them, so most of the photos shown today will be pretty blurry.

At about 9 in the morning, we boarded our boat at the local wharf for an all-day tour of the Bay of Islands, focusing on the history of the area, the seabirds, and other marine creatures.

One of our first stops was at a colony of Australasian Gannets, however my first true seabird passed by our boat just before we arrived there. It was a BLUE PENGUIN! It is amazing that these penguins can survive in a subtropical climate, similar to western California, where the daily high temperatures rarely get lower than 60 degrees, even in winter. Here is a cruddy photo of the penguin: 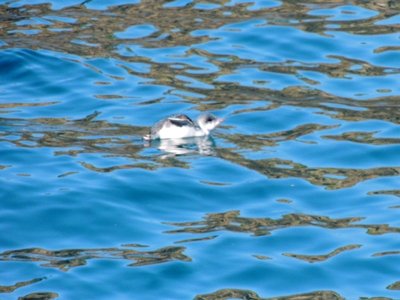 Then we arrived at the gannet colony. Here are a few shots: 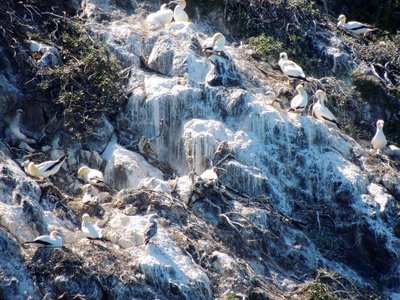 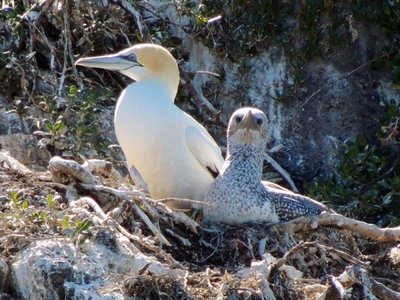 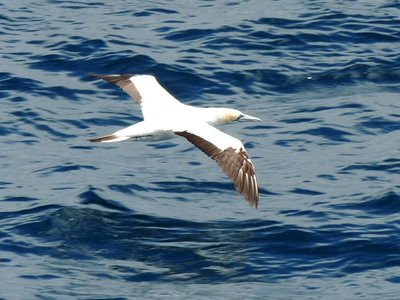 Also present at the gannet colony was a flock of WHITE-FRONTED TERNS. Here is a picture of one: 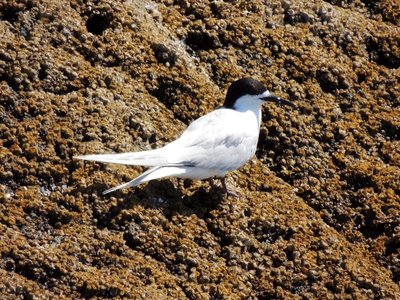 Then, we headed out of the bay and into the open ocean, and we saw a plethora of shearwater and petrel species. It was a birding extravaganza! The species I positively identified included BULLER'S, FLUTTERING, SHORT-TAILED, and FLESH-FOOTED SHEARWATERS along with SLENDER-BILLED PRION, and petrel species such as COOK'S, BLACK-WINGED, CAPE, and SOFT-PLUMAGED PETRELS. Buller's Shearwaters and Cook's Petrels are threatened species, so it was quite a treat to see them. Here are the photos: 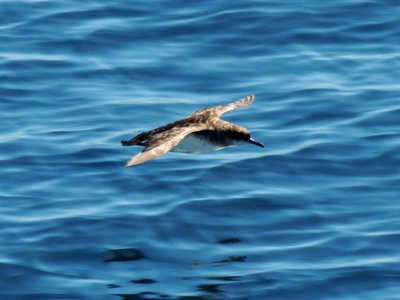 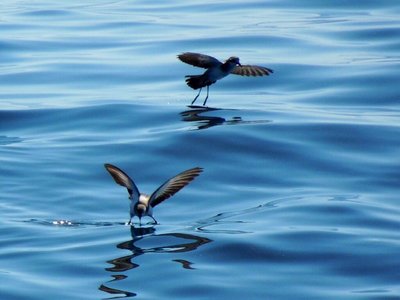 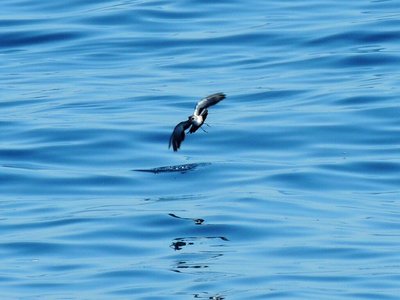 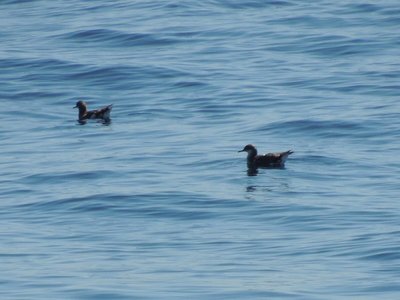 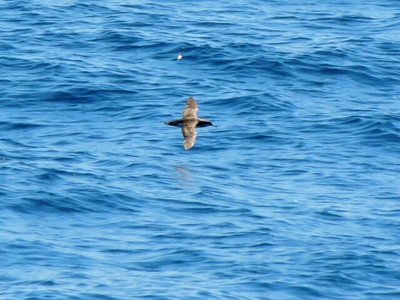 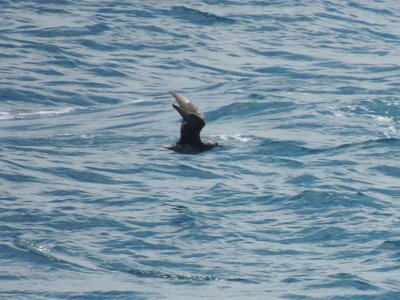 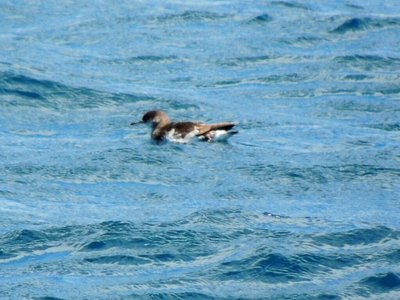 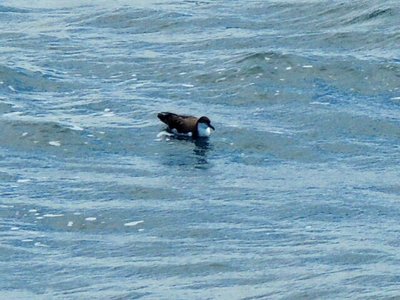 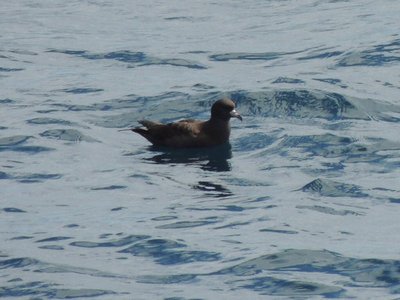 After the venture into the open ocean, we went back into the bay and stopped at a very peaceful island. When I looked into the water, I happened to see this Snapper fish: 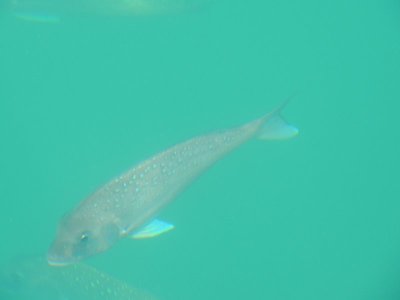 There were a few good birds on the island, also, such as the ones below: 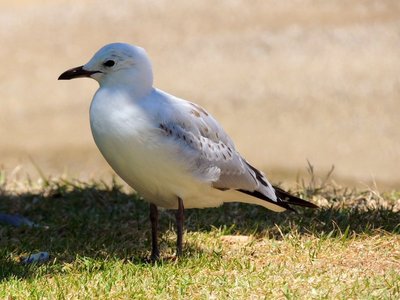 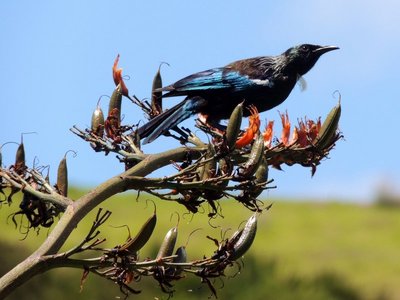 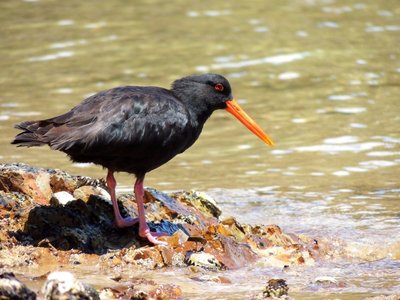 Then, while we were heading back to the wharf at Paihia, the skipper spotted a pod of Bottlenose Dolphins (Coastal subspecies), so he directed the boat over to the pod and I was able to snap a few photos of them. 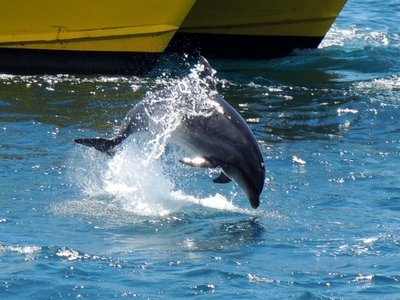 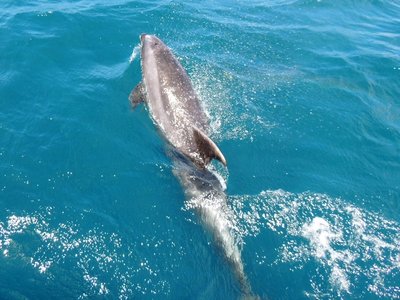 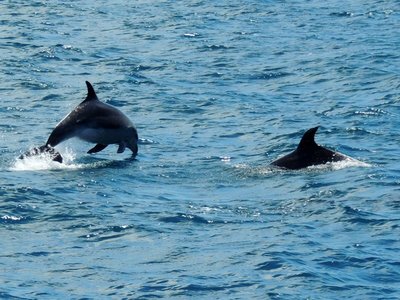 All of the marine non-bird animals seen today were Sting and Eagle Rays, Snapper Fish, Bottlenose (Coastal) Dolphins, jellyfish, and more. Marine non-bird animal of the day goes to the pod of Bottlenose (Coastal) Dolphins. Bird-of-the-day goes to the Buller's Shearwater, which, despite being a threatened species, was one of the most common and obliging pelagic species present today.

Lovely picture of Gannet and chick! Amazing that you are able to identify so many birds!Do you identify them on the spot or when you get home and study the pictures? What was Pearl's favorite part of the boat trip? Love, AM