Yesterday (Sunday, March 6), my dad and I joined the Illinois Young Birders for a field trip to look for waterfowl in Will County, Illinois under partly sunny skies and beautiful temperatures in the lower 50's.

Our first stop was Rock Run Rookery Preserve. Please note that most of my photos from the day are rather pixelated because a lot of the birds we viewed were at great distances.

Juvenile BALD EAGLE which we saw right away: 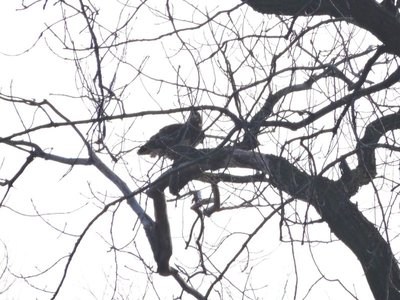 GREAT BLUE HERONS on one of their rookeries for which the preserve is named: 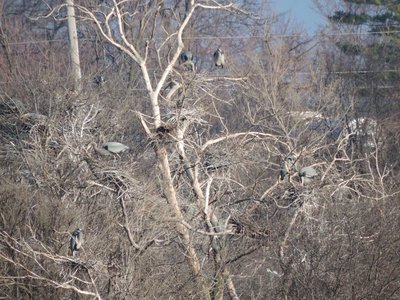 A strange sight - a beautiful EASTERN MEADOWLARK actually perched in the top of a tree for us! Usually these are birds of grasslands, so it was ironic to see it perched so high. 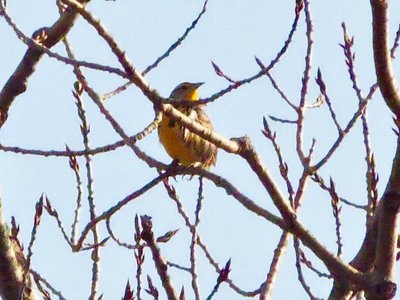 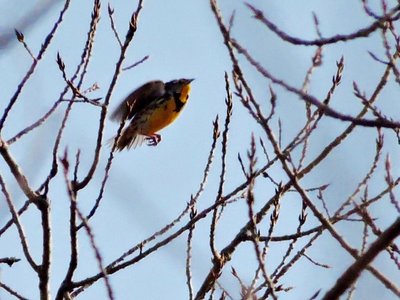 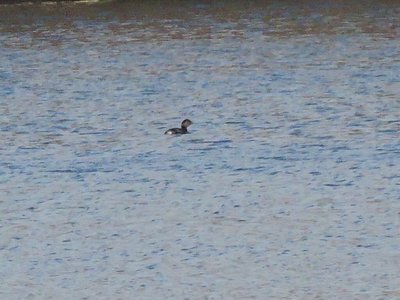 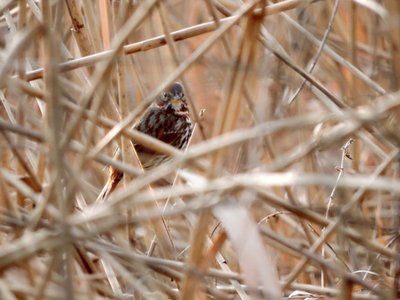 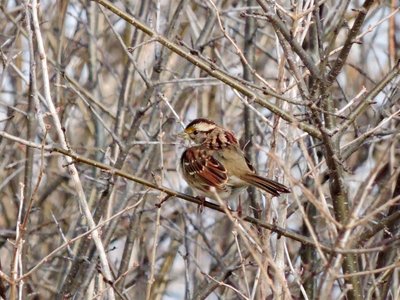 On our way to the next stop, the caravan of young birders (about 10-12 families in total) stopped alongside the road to get a better look at something one of the birders had spotted. 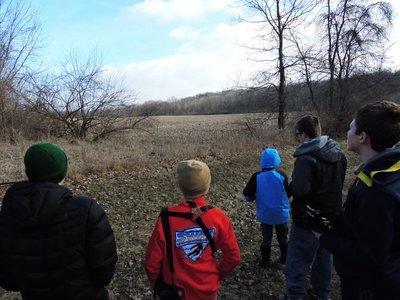 WILD TURKEY! A rare sight for a Chicagoan like me. 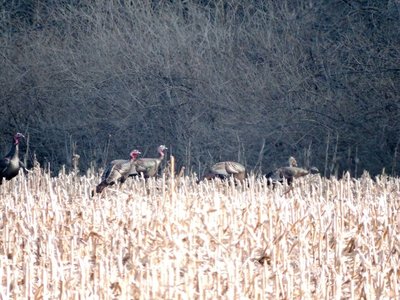 Our next stop was the Des Plaines Widewaters, where we immediately spotted these beautiful TUNDRA SWANS, a lifer for some in the group: 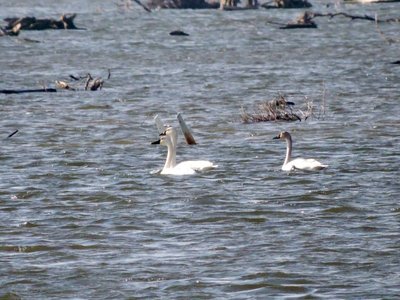 Our second species of swan, MUTE SWAN, was also nice: 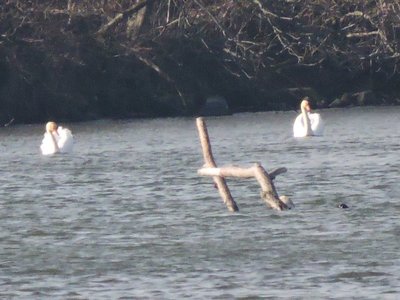 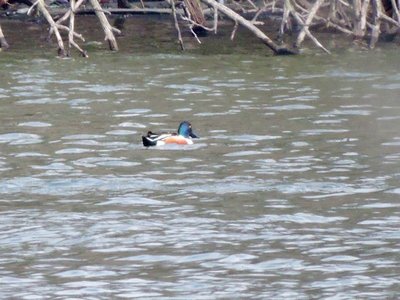 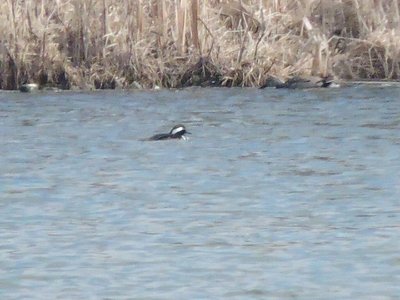 Male BUFFLEHEAD (black and white bird in the center) with GADWALL. Buffleheads are my favorite duck species because if you get a better look than I did, you will see their beautiful white plumage contrasts not with black, but stunning dark iridescent feathers. It is a remarkable bird. 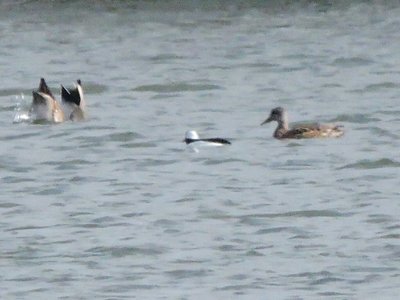 One of my favorite stops of the day was the Des Plaines Conservation Area, where we had hundreds, probably thousands of waterfowl in one single lake! We kept our distance so as not to scare the birds, but we had no trouble identifying them with the help of scopes, cameras, and binoculars. The birds were mainly GADWALL, REDHEADS, and AMERICAN WIGEON; however, there were also a few beautiful RING-NECKED DUCKS such as this one: 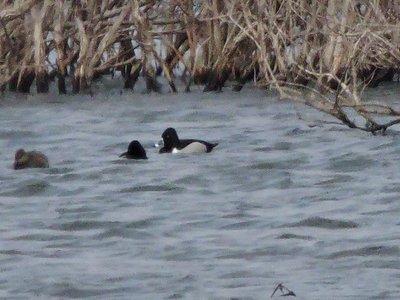 As well as our third swan species for the day, the majestic TRUMPETER SWAN. One of the swans is pictured with GADWALL and AMERICAN COOTS in this photo: 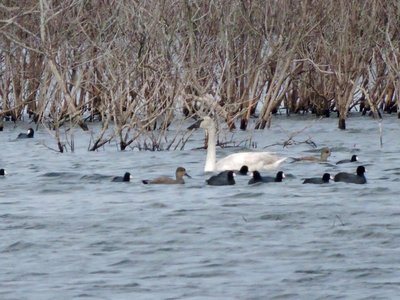 It was a fantastic trip. Bird-of-the-day goes to the TRUMPETER SWAN, the largest, and in my opinion, the most beautiful of the three swan species seen today. Runners-up to the distant BUFFLEHEAD and the strange EASTERN MEADOWLARK.

Stay tuned, because I am in the process of planning birding day trips during my spring break which is in two weeks. Also, Oak Park Bird Walks start up in mid-April! For more information, visit: https://sites.google.com/site/opbirdwalks/home
And to reserve spaces on the walks, email me at: trumpetswan (at) comcast (dot) net

I identified 50 species in total yesterday:

3 additional species seen by others in the group but not by me:

Posted by skwclar 08:00 Archived in USA

Awesome, a shot of all 3 swans! It was fun seeing you there!