Today, after watching my sister's annual Easter egg hunt around the house in the morning, and later singing at my church, I decided to get a quick birding bike ride in to Taylor Park and back before the rain arrived.

Pretty soon I found an adult, probably male, COOPER'S HAWK by first hearing its cackling call and then spotting it over some house's roof: 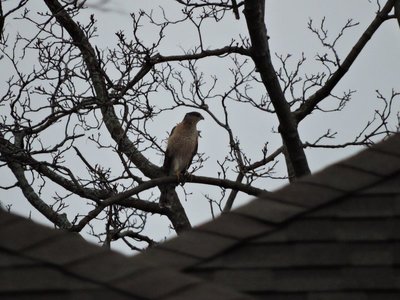 Then, It flew across the alley to its NEST! Two adult hawks were in attendance, so it will be interesting to see if this nest is hopefully successful and fledges young birds. This nest is right along the main route for Oak Park Bird Walks, so hopefully my walkers this spring will get to witness this wonderful spectacle! 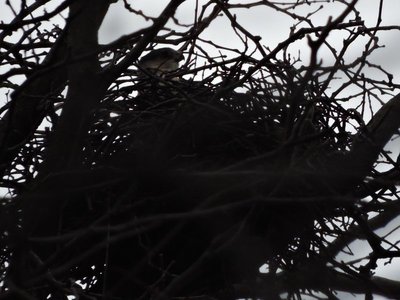 MOURNING DOVE, a common prey item for the Cooper's Hawk. Thankfully, none of the hawks spotted this guy today: 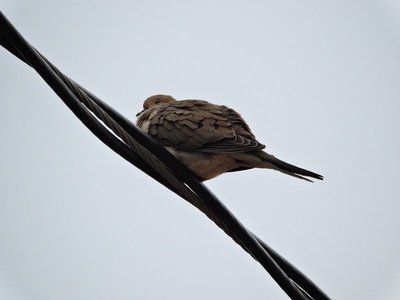 I did a double take when I heard a high-pitched "see see see" call, and sure enough, a group of tiny GOLDEN-CROWNED KINGLETS was flitting in the small tree behind me! These are typically the first songbird migrants to arrive in the spring in Oak Park, and along with the early flower bloom this year, they are also a week or two ahead of schedule. Not a bad thing though, as they were certainly a pleasant reminder of the songbird migration which will be flooding Oak Park for the next two months: 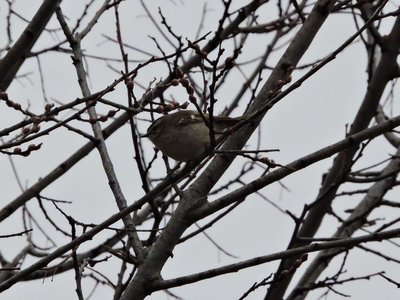 Once I arrived at Taylor Park, I found two male MALLARDS on the other side of Ridgeland Avenue (a busy road), which were trying to return to the wetland on the other side of the street. Showing extraordinary avian intelligence, they demonstrated their sagacious reasoning abilities in not trying to fly over the road, but ocasionally making a few feeble attempts to waddle into traffic between waves of cars (detect the sarcasm?). I was ready to stop traffic if they got too far out into the road; however, they finally decided to just fly to the wetland instead - phew! 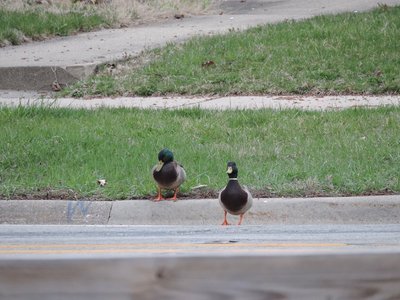 Pretty soon, I noticed a fairly large group of blackbirds on the lawn near the wetland, which included this occasionally-singing RED-WINGED BLACKBIRD: 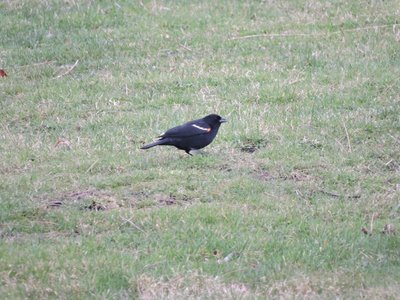 As well as BROWN-HEADED COWBIRDS and EUROPEAN STARLINGS, my eyes popped out of my head when I spied this male RUSTY BLACKBIRD near the fence around the wetland. Rusty Blackbird is a threatened and declining species, and it is always a treat for a birder to get to see one as they are becoming harder and harder to find each year. It is also especially neat that it turned up so close to home (just 4 blocks away from my house). 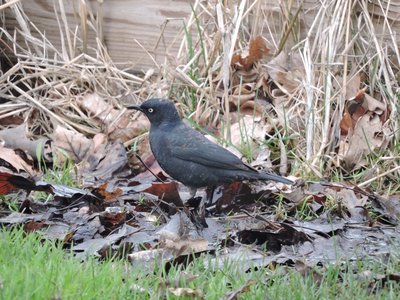 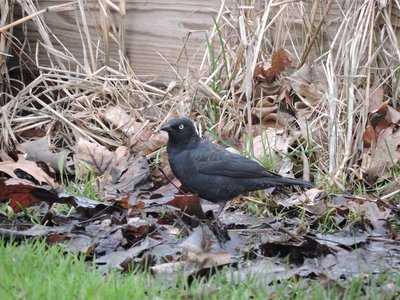 A female also showed up in non-breeding plumage, I believe: 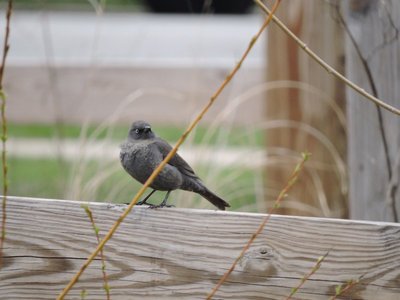 It was a great Easter Sunday! Bird-of-the-day to the Rusty Blackbirds, and runner-up to my FOY (first-of-the-year) Golden-crowned Kinglets and the nesting pair of Cooper's Hawks.

Make sure to sign up (by emailing me) for Oak Park Bird Walks this spring, with additional walks at Thatcher Woods, Miller Meadow, and Columbus Park this season! For more information, visit: https://sites.google.com/site/opbirdwalks/home
Email me at: trumpetswan (@) comcast.net to make a reservation.