This week has been a busy one for me...preparing for a piano exam, studying for the AP psych test...I have to say I can't wait until summer's here when I don't have to worry about school!

On Thursday while waiting for my sister to get out of her piano lesson, I found and hurriedly photographed this BROAD-WINGED HAWK, the rarest I hawk I have ever seen in the Oak Park/River Forest area! Please excuse the terrible photo quality, the light was harsh and I didn't have much time to take photos before it soared away. Note the white band on the tail that is a major identifying field mark of this species. 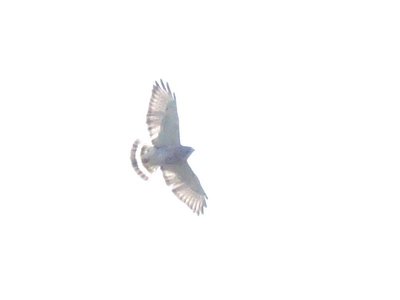 Today (Saturday, April 16), I led the first bird walk of the year and I have to say it was the most enjoyable and productive first-of-the-season bird walk I have ever had! Six birders were in attendance and we had a blast.

At one point, I was showing everyone my photos of the Pine Warbler (see last week's post), and then just 30 seconds later, an uncommon PINE WARBLER popped into few just a few feet away from the group! What a coincidence, and it is always a marvelous bird to see! 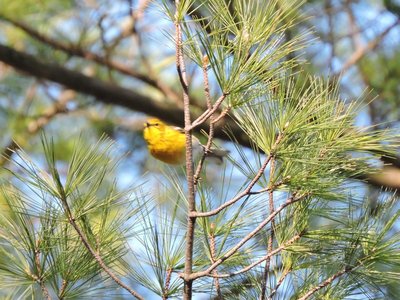 Suddenly, a DOUBLE-CRESTED CORMORANT flew over too quickly to photograph but was an awesome find for Oak Park nevertheless!

Then, I showed the group the local COOPER'S HAWK nest. One adult hawk was in attendance: 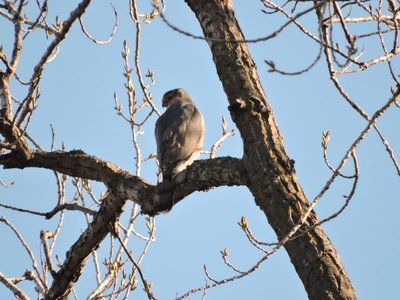 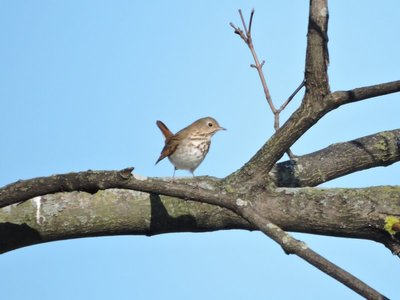 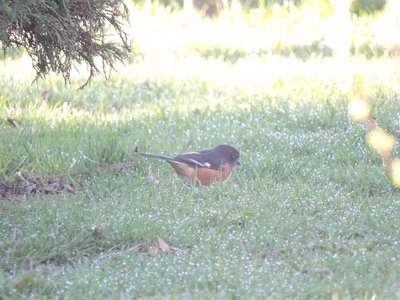 Although an invasive species, this EUROPEAN STARLING's iridescence was strangely beautiful: 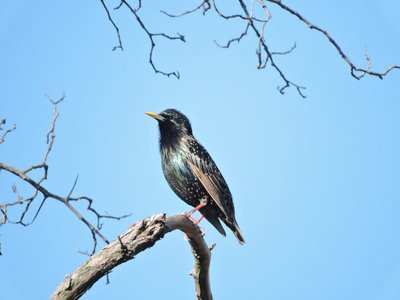 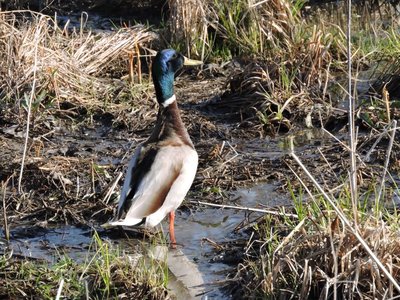 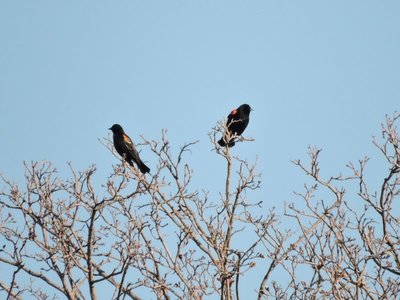 Female MOURNING DOVE on her nest: 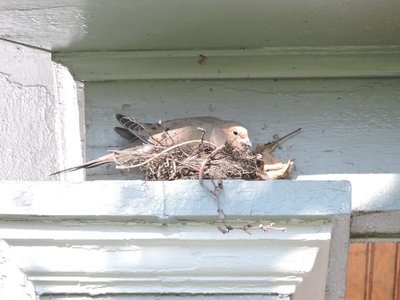 Male CHIPPING SPARROW, singing away just a few feet above our heads! 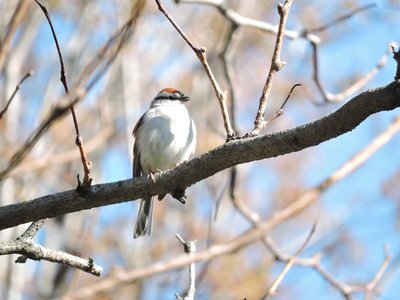 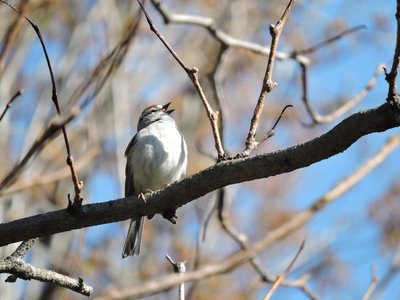 It was a fantastic first walk of the season! Thanks to everyone for coming out, both the birds and the birders! Bird-of-the-day to the male PINE WARBLER and runner-up to the even more uncommon but unphotographed DOUBLE-CRESTED CORMORANT. The full species list for the walk is attached below.

I still have spaces left in many Oak Park Bird Walks this spring! The next one is TOMORROW (Sunday, April 17) at 9:00am starting from the Trailside Museum in River Forest, with a focus on young birders. To visit the bird walk website, click here: https://sites.google.com/site/opbirdwalks/
To make a reservation(s), email me at: trumpetswan (@) comcast.net