Today, as well as leading the Thatcher Woods bird walk in the morning (see previous post), I attended the Illinois Young Birders' Club field trip to look for American Woodcocks at Air Station Prairie in the evening.

The Metra dropped me off earlier than I was planning to have dinner with the other young birders, so in the meantime I birded the nearby Lake Glenview.

My first sighting was not of a bird, but another flying object - a drone! 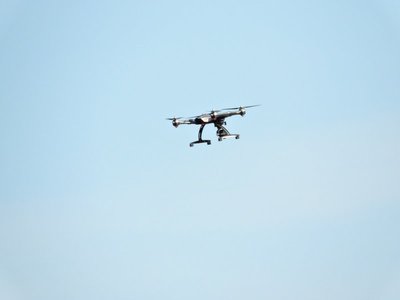 I climbed to the top of a small hill and was afforded a great view of the lake with fantastic scanning opportunities for birds. 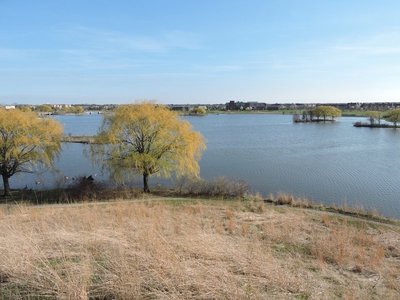 I quickly found these RUDDY DUCKS, one of my favorite duck species! 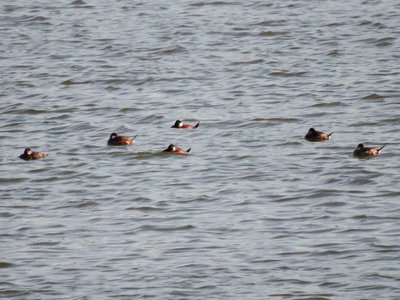 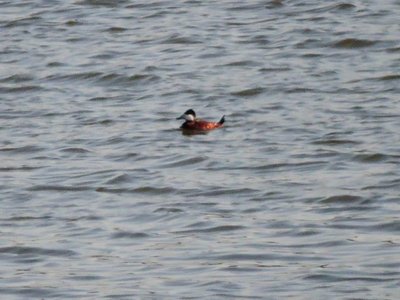 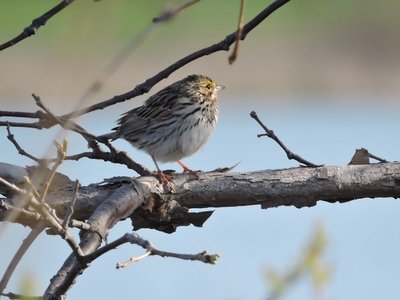 Then, after a tasty and fun dinner with the other young birders at D'Agostino's, the group headed over to the nearby Air Station Prairie where our main target bird would be the American Woodcock. This is a stout species of shorebird (although they live in grasslands & savannas, not aquatic habitats) with a very long bill and an erratic, comical courtship flight that takes place at dusk in the months of March and April.

It was not quite dark enough for the Woodcocks yet, so we birded in the meantime. The two biggest unphotographed highlights were SORA and VIRGINIA RAIL, both in the rail family, which called from the marsh just seconds apart from each other. 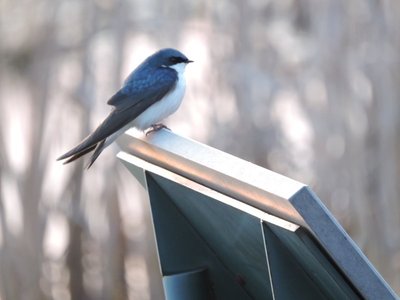 WILSON'S SNIPE abounded and we spotted a group of them presumably migrating northward at one point: 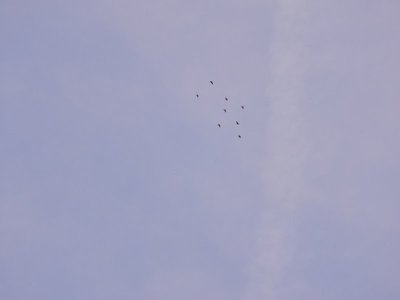 Bad photo of a SWAMP SPARROW: 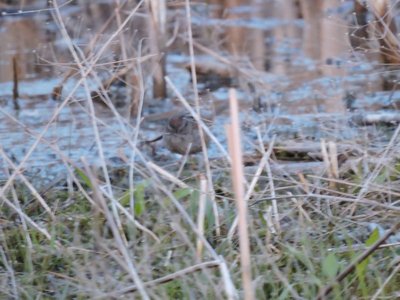 The post-sunset sky was breathtaking: 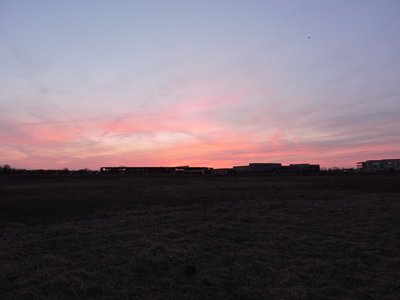 A flyover AMERICAN BITTERN was a totally unexpected, awesome surprise. Trust me, the dark blob in this photo is indeed a bittern! 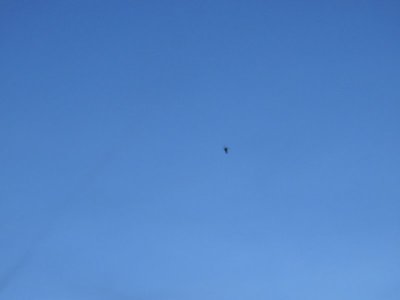 And eventually, we heard the unmistakable "Peent!" call of the American Woodcock and saw several males erratically flying, dipping, and diving in the sky over us, trying to attract a mate.

Since Woodcocks tend to land in exactly the same spot from which they take off, we tracked down one bird and even got to see it (from a distance) on the ground. Here is the best photo I could manage under the illumination of a flashlight: 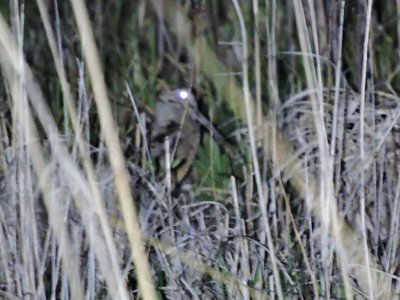 It was an awesome outing, and I had a blast with all of my friends in the young birders' club! Today will mark the first day I have ever attended two young birder outings in a single day! Bird-of-the-day goes to the AMERICAN WOODCOCK with runner-up to the AMERICAN BITTERN. Although both were poorly photographed, they sure were fantastic birds.