Today was an awesome day of spring migration! I managed to photograph many migrant birds which can be found very close to home in Oak Park. I LOVE migration because anything can show up anywhere!

Just before leading an Oak Park Bird Walk from my house, I spied this ORANGE-CROWNED WARBLER which unfortunately didn't stick around for the walk: 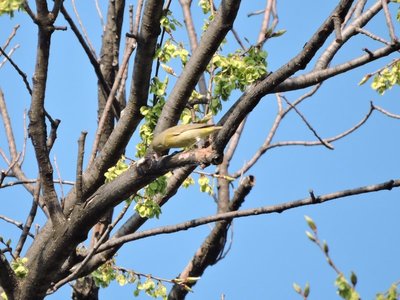 Six birders showed up for the walk, and we had beautiful partly sunny skies with temperatures into the 60's. 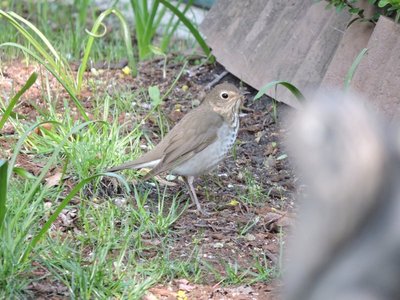 A stunning male YELLOW-RUMPED WARBLER was nice, even though it was viewed from quite a distance: 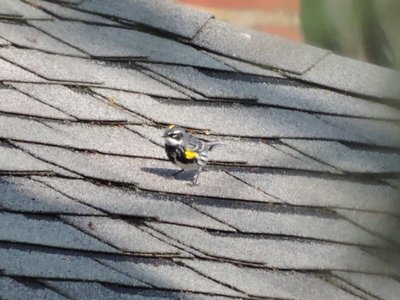 The COOPER'S HAWKS were attending the local nest: 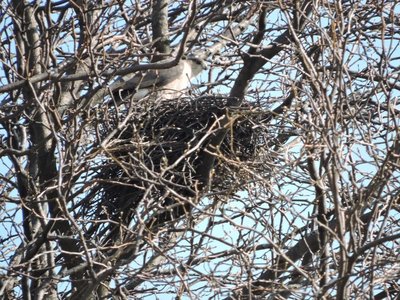 A flyover flock of 11 DOUBLE-CRESTED CORMORANTS was a great addition to the day list! 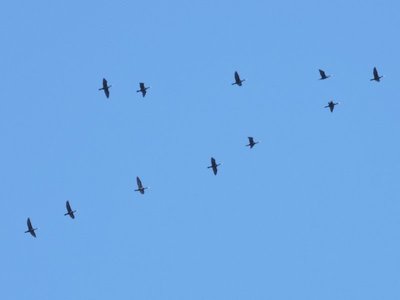 And this male AMERICAN GOLDFINCH at Taylor Park was absolutely gorgeous in the morning light: 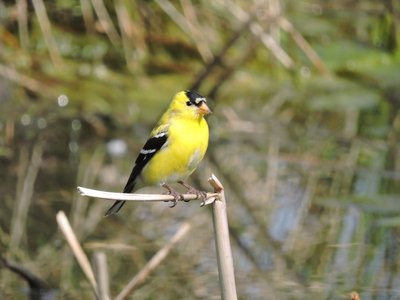 I will never tire of seeing NORTHERN CARDINALS, such as this one posed in a lovely flowering tree: 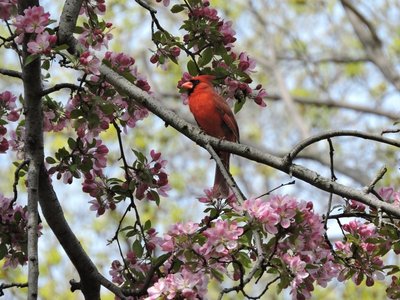 And a FIELD SPARROW was a great surprise toward the end of the walk, blissfully out of habitat as it was in my neighbor's backyard (as opposed to a grassland). 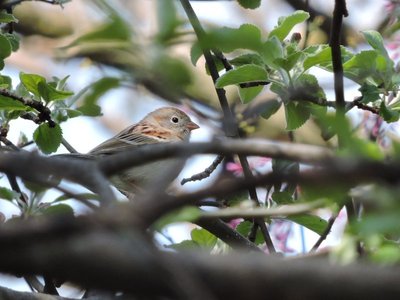 It was an enjoyable walk! Thanks to all of the birders (and birds) for coming out.

I birded a bit around the neighborhood throughout the afternoon, as well. This NASHVILLE WARBLER was nice, even though it didn't afford great views: 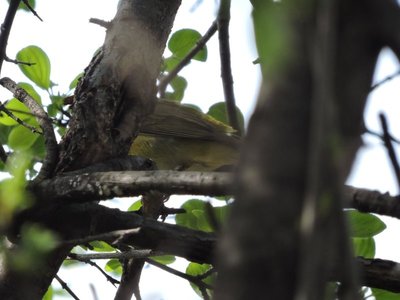 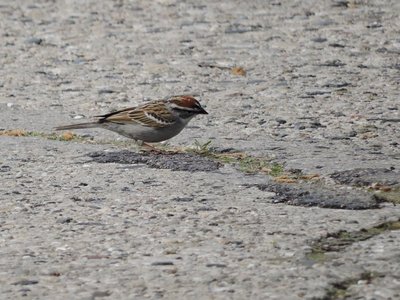 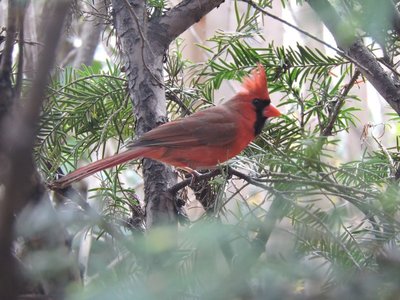 WHITE-THROATED SPARROW with a male EASTERN TOWHEE in the background - a cool pairing of native Emberizidae (sparrows). 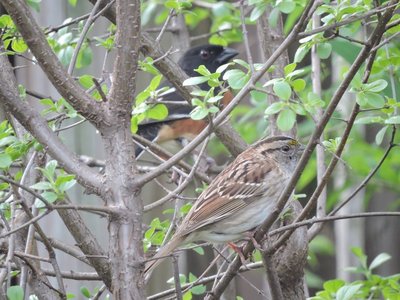 Here is a better shot of the beautiful towhee: 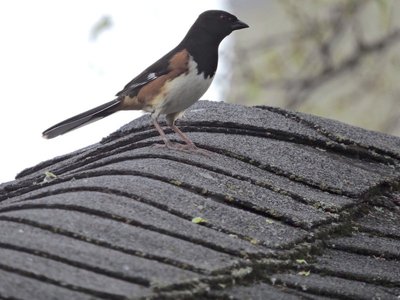 DARK-EYED JUNCO, a classic winter bird. Funnily enough, just ten minutes before I snapped this photo, I saw my first CHIMNEY SWIFTS of the year which is an archetypical summer bird in Illinois. Another one of the joys of migration! 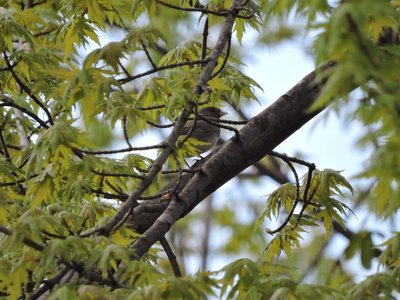 YELLOW-RUMPED WARBLER (left) and my first PALM WARBLER of the year (right)! 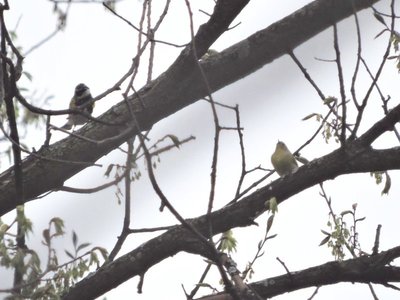 In the evening around 6:00pm I saw on IBET, the yahoo birding forum for Illinois, that my birding friend Chuck had seen a very early migrant Blackburnian Warbler just seven blocks from my house! As this is an extremely early-in-the-season sighting for this bird, and the bird itself is beautiful with a fiery orange throat, I raced over there on my bike and almost immediately found it!

The bird was extremely back lit so this was the best photo I could manage, but it is still a breathtaking find since I usually wouldn't expect to see these in Oak Park until May 4/5 (compared to April 24!). And how about that throat?!?! What...a...bird!!! 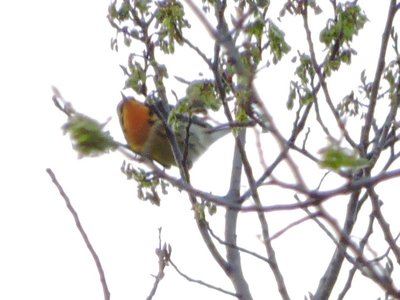 A fantastic day all around! This is still "early" in spring migration and I am very excited because tonight could prove to be the biggest movement in migrating birds over Illinois yet this spring. (most bird species migrate during the nighttime)

Bird-of-the-day to the Blackburnian Warbler! It was an awesome day!

Enjoying all your spring posts the past few days! esp. the blackburnian! the Gunkels

I visited Springfield, IL this weekend, and there was the following article in their newspaper that I thought might interest you."Spring means the return of migratory birds which headed south for winter, and the Lincoln Land Assn of bird Banders is asking for help tracking two particularly pretty species. They are asking the public to report observations of 2 different species:the Rose-breasted Grosbeak and the Indigo Bunting.Send observations & photos to LLABBaves@gmail.com or to LLABB,P.O.Box 13442,Springfield,IL 62791. If you are not interested or already know about this I apologize.