This is another recap post from this Monday - Wednesday, which were three more great days of birding during pretty much the peak of bird migration through northeast Illinois.

I was excused from 1st through 3rd period on Monday, so I visited Montrose Point Bird Sanctuary on Lake Michigan with my dad and his friend and colleague Dan. It wasn't the most active I have ever seen the preserve, but we did have a fantastic trip and I managed 70 species of birds in total for the morning!

A few minutes after we arrived, another birder told me about a rare vagrant Say's Phoebe which had just been seen in the shrubs in the dune area of the bird sanctuary. Once I arrived, to my dismay, I heard from birders that I was just 10 minutes too late...and the Phoebe was never seen again! How frustrating, especially considering that this a bird typically found in CALIFORNIA!!

Anyway, I did see a few shorebirds on the beach including this SEMIPALMATED PLOVER: 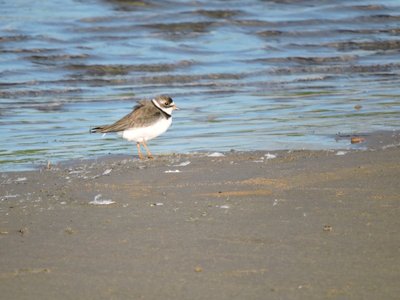 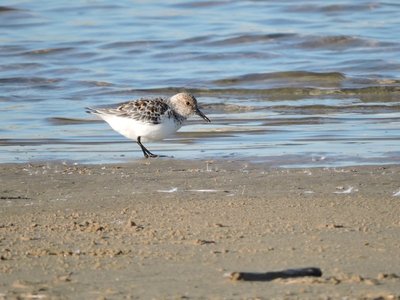 Once I arrived back in the "Magic Hedge" section of Montrose Point, where there are huge concentrations of migrant birds most days in May, I had a very surprising sighting: this RED-HEADED WOODPECKER: 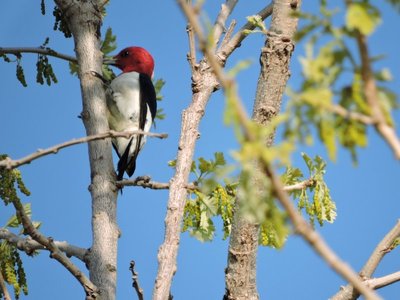 A gorgeous male BLACKBURNIAN WARBLER in the same tree was also nice: 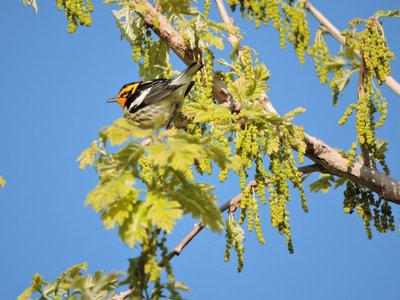 My first male BLACKPOLL WARBLER of the year, a typical late-spring migrant: 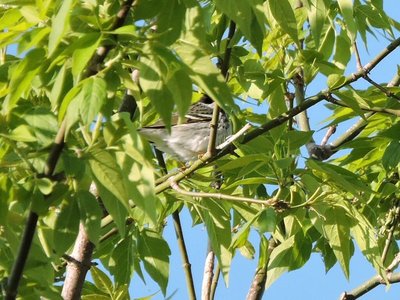 A beautiful GREAT CRESTED FLYCATCHER amongst some nice flowers: 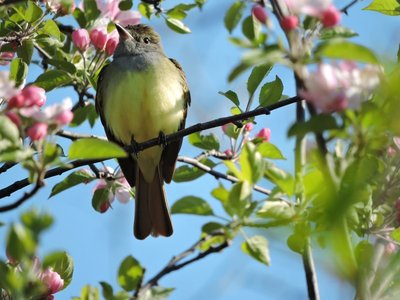 A stunning male CANADA WARBLER with his telltale necklace: 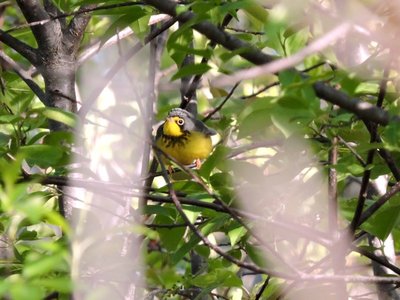 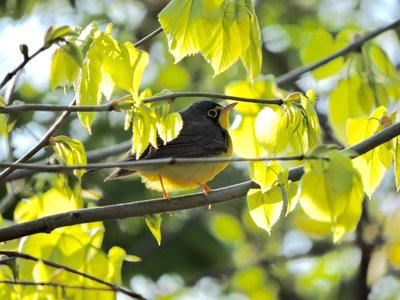 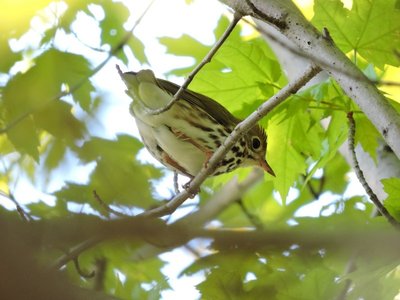 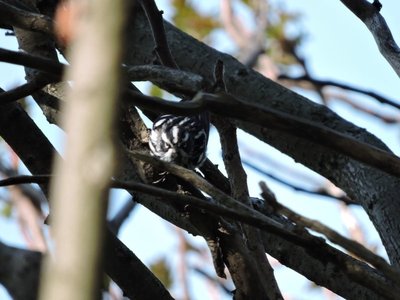 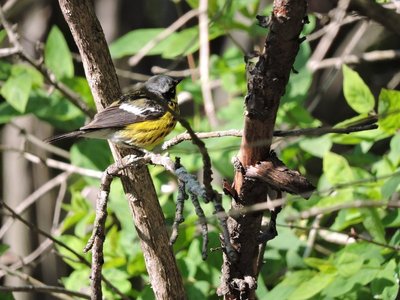 After quite a bit of scanning through dense bushes and shrubs, I finally got a picture of this rather elusive male MOURNING WARBLER, an uncommonly-photographed species due to their retiring habits: 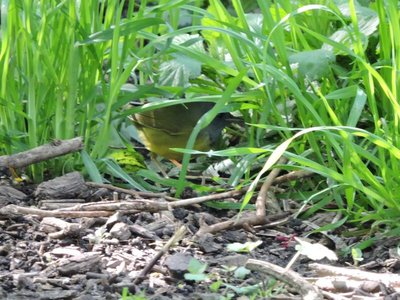 It was a great trip to Montrose! Thanks to dad for driving and birding with me.

Bird-of-the-day for Monday goes to the beautiful Canada Warbler with its gorgeous necklace, and runners-up to the Red-headed Woodpecker and Mourning Warbler. No awards to the missing Say's Phoebe!

I managed to photograph two nice warblers around the neighborhood, including this female CHESTNUT-SIDED: 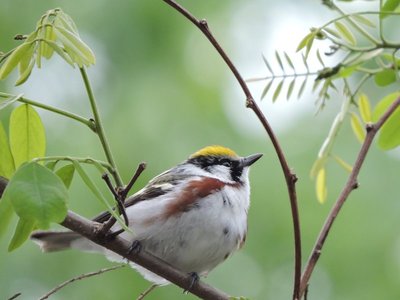 And yet another gorgeous male BLACKBURNIAN; it has been a fantastic spring for this species for me! The Blackburnian will be my bird-of-the-day for Tuesday. 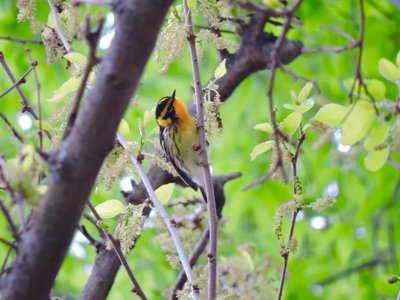 Wednesday also yielded some good birding around the neighborhood. This is a SWAINSON'S THRUSH: 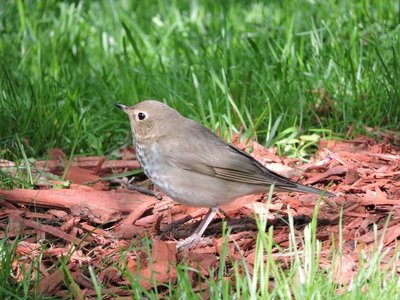 GRAY-CHEEKED THRUSH, note the incomplete eye-ring when compared to the Swainson's above: 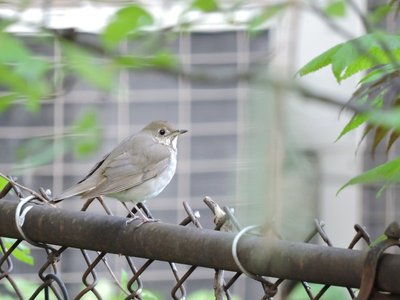 Male RED-WINGED BLACKBIRD, an uncommon sighting for my block: 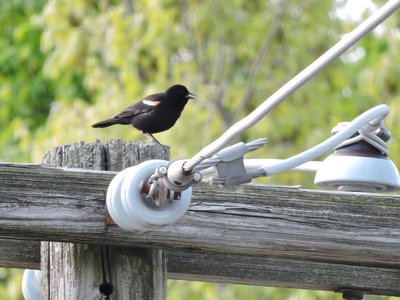 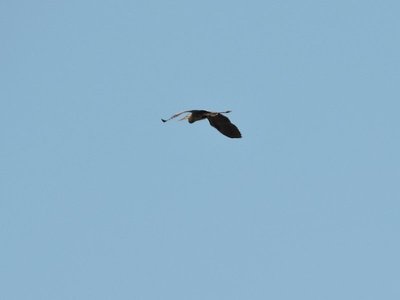 And a beautiful ROSE-BREASTED GROSBEAK: 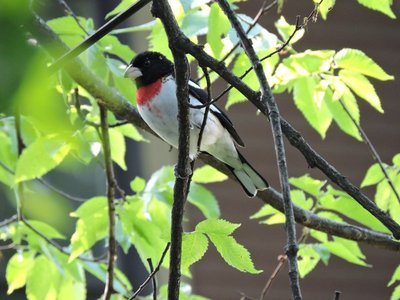 Bird-of-the-day for Wednesday goes to the Gray-cheeked Thrush, with runner-up going to the flyover Great Blue Heron.

It was a great few days of birding! School (and my birthday!) has kept me busy the past few days, but I will probably post on Sunday after I lead a private bird walk at Springbrook Prairie Forest Preserve. Stay tuned!

Wow, what fantastic birds and photos! Sounds like a really productive morning. Sorry you missed the Phoebe, I know what it's like to miss a bird like that. Just a few days ago I went to a flooded field where a Ruff was seen. Despite arriving just a few hours after it was first spotted, when I arrived I was told that it left just twenty minutes before I arrived!