Today (Sunday, May 22) I led a private bird walk at Springbrook Prairie Forest Preserve in Naperville, Illinois. It was a beautiful day in the lower 70's with completely sunny skies, and the expansive, rolling grassland landscape of the preserve was very pretty. I had never been to the prairie before; however, with tips from other birders on specific locations to see target birds, we really saw quite a few very high-quality grassland avian species. It was a fantastic walk!

I am experimenting with a new template for the blog, as well as inserting large- instead of medium-sized photos this post. Leave me a comment telling how you like it!

The walk started out with an AMERICAN COOT in the main slough: 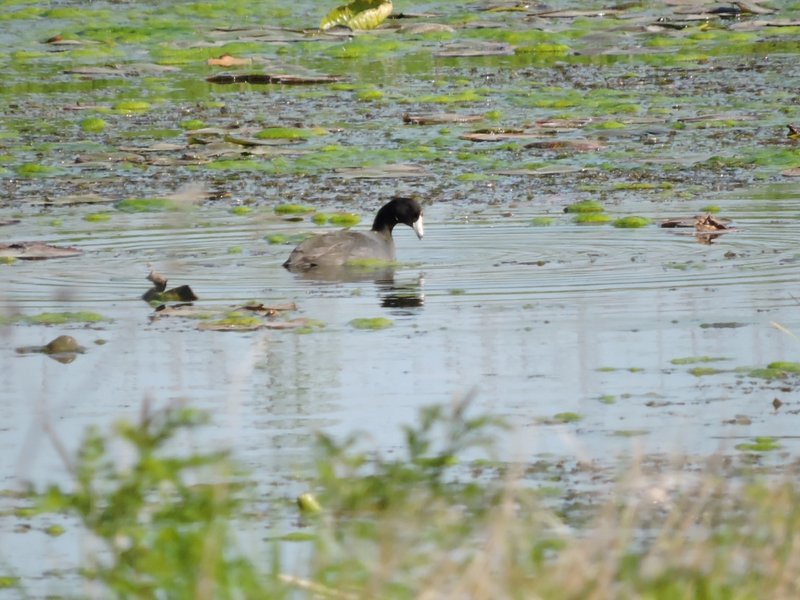 As well as a BLUE-WINGED TEAL: 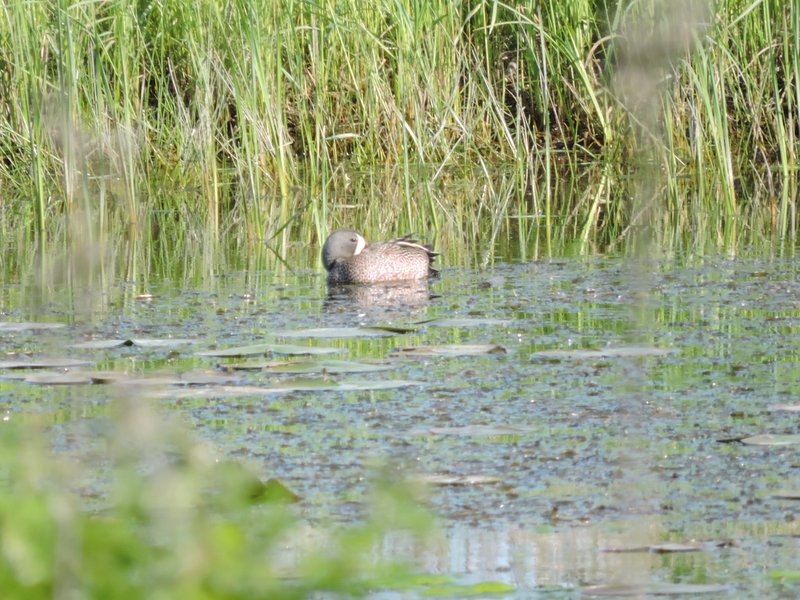 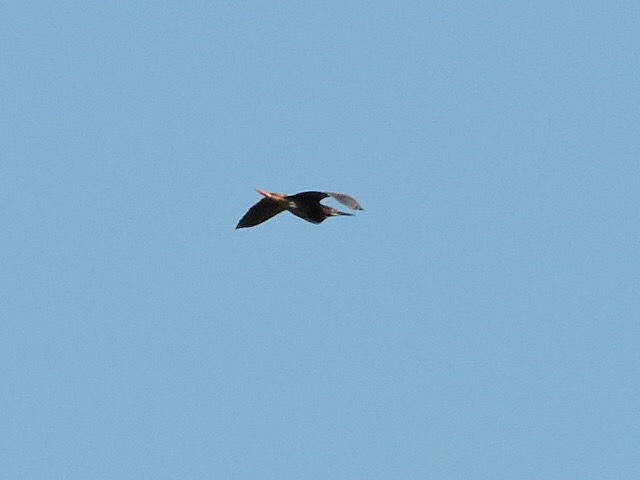 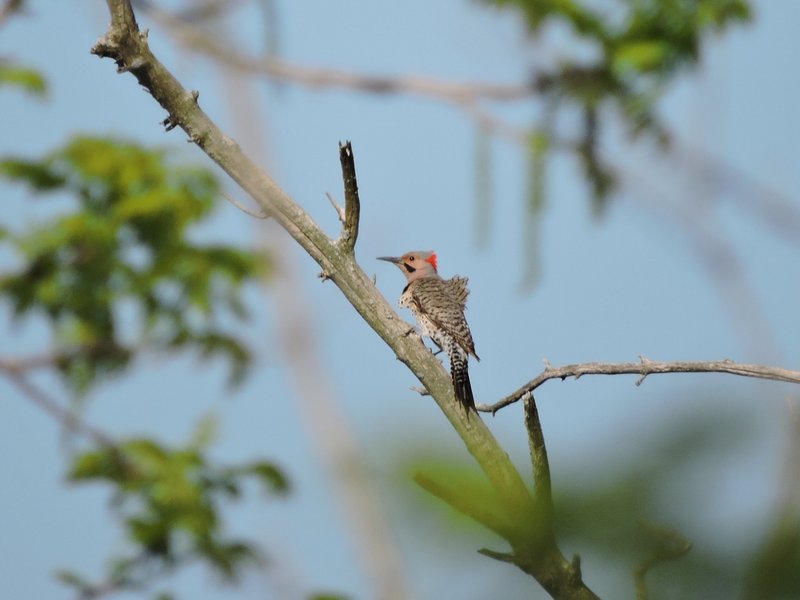 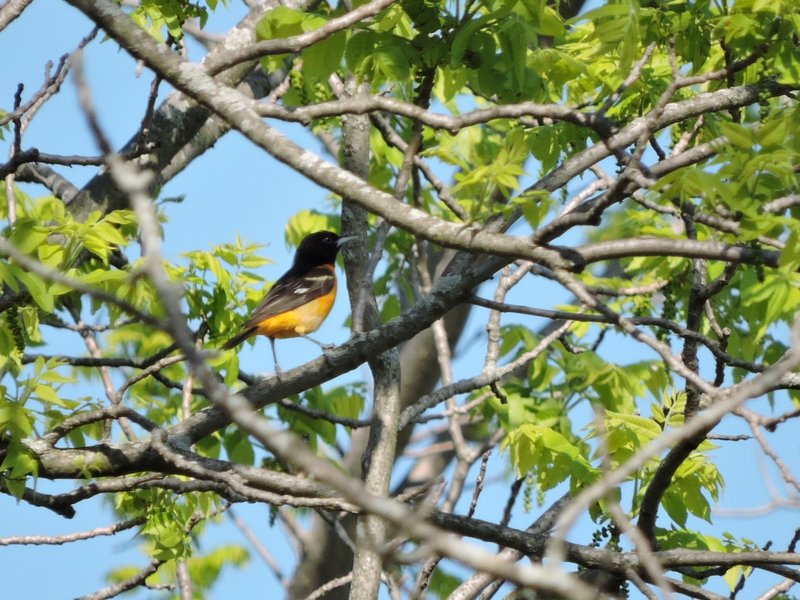 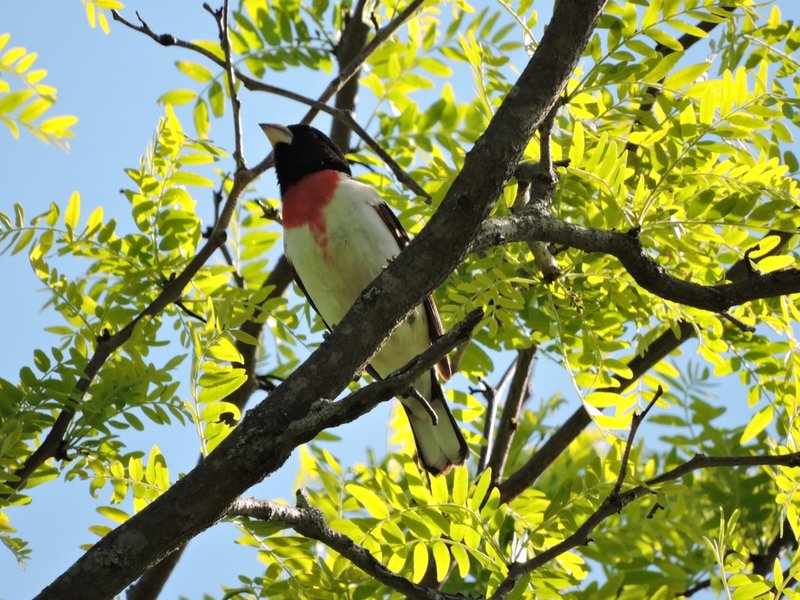 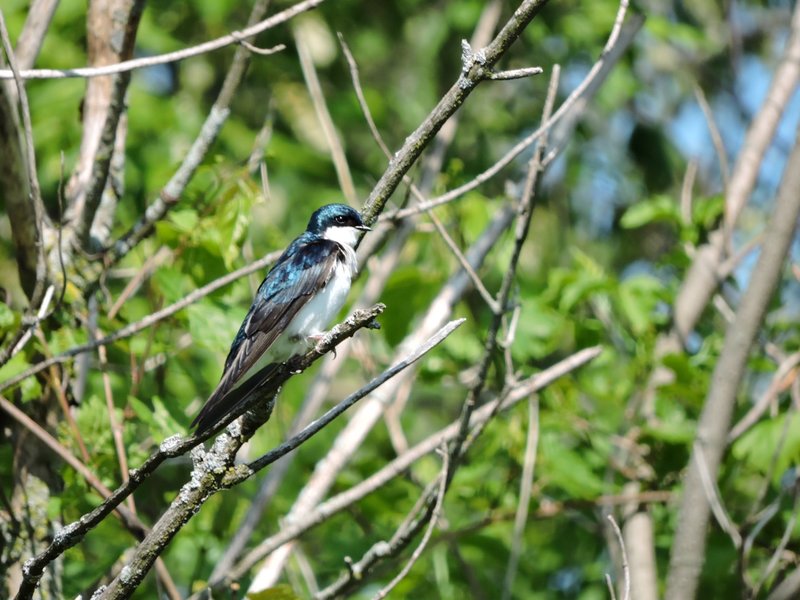 WILLOW FLYCATCHER, which sang its song to differentiate itself from its identical cousin, the Alder Flycatcher: 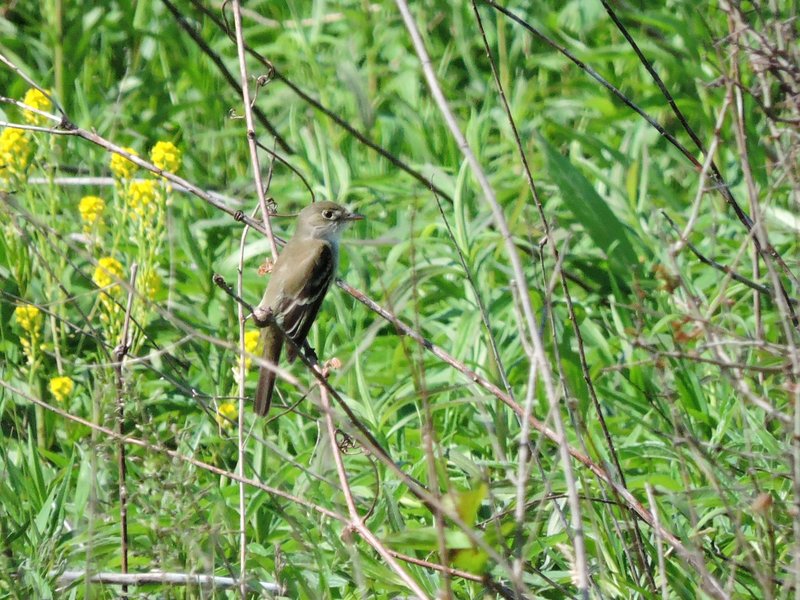 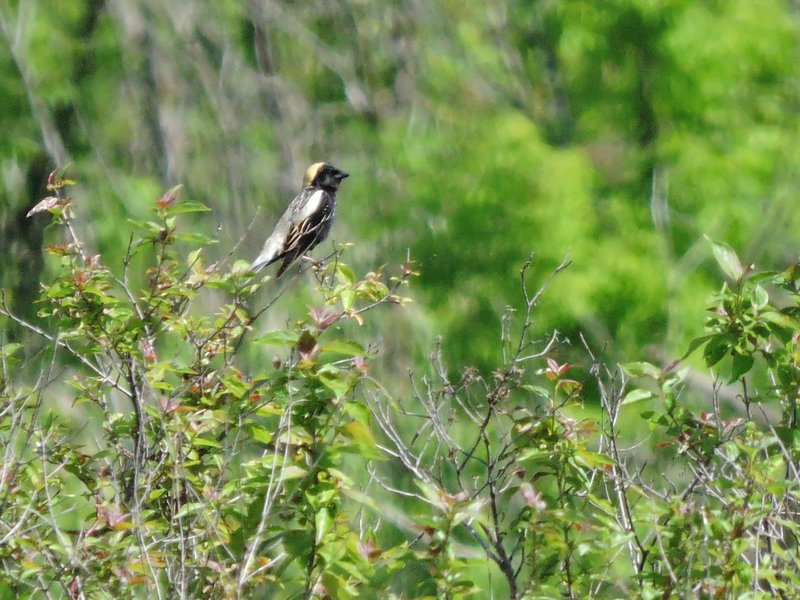 We heard at least two HENSLOW'S SPARROWS and at least one SEDGE WREN in the same area as the Bobolink, with all three of those birds being secondary target birds for the trip which we found! 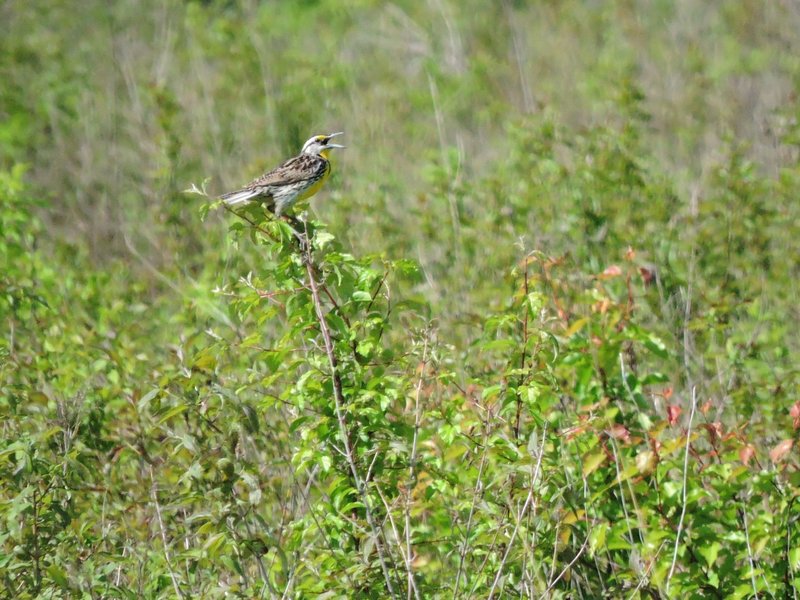 Sadly, most of the bird walk group had left at this point because it was quite warm in the bright sun of the prairie, and the four of us had to bushwhack quite a bit; however, we were rewarded with nice close-range looks at a pair of BELL'S VIREOS. This is a threatened and declining species which I have only ever seen once before - out in Arizona in 2015. 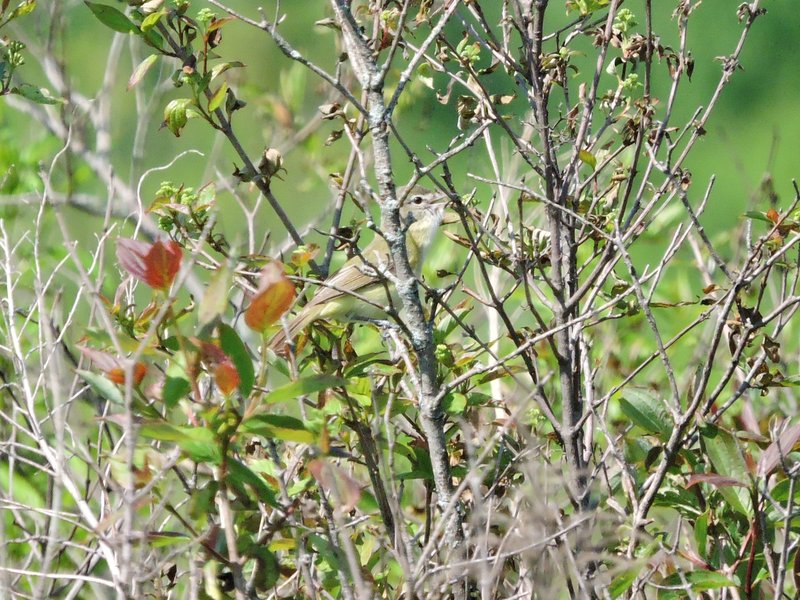 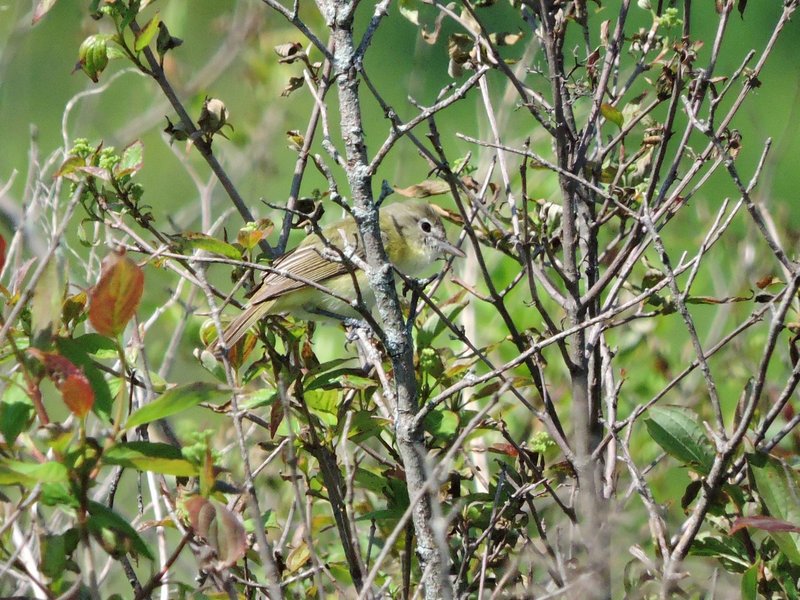 And then, after locating it by its buzzy song, I found another primary target bird for the day - the CLAY-COLORED SPARROW! This is an even better find because although they are an annual Illinois migrant species, Springbrook Prairie is the only reliable place in the entire state where they annually nest! 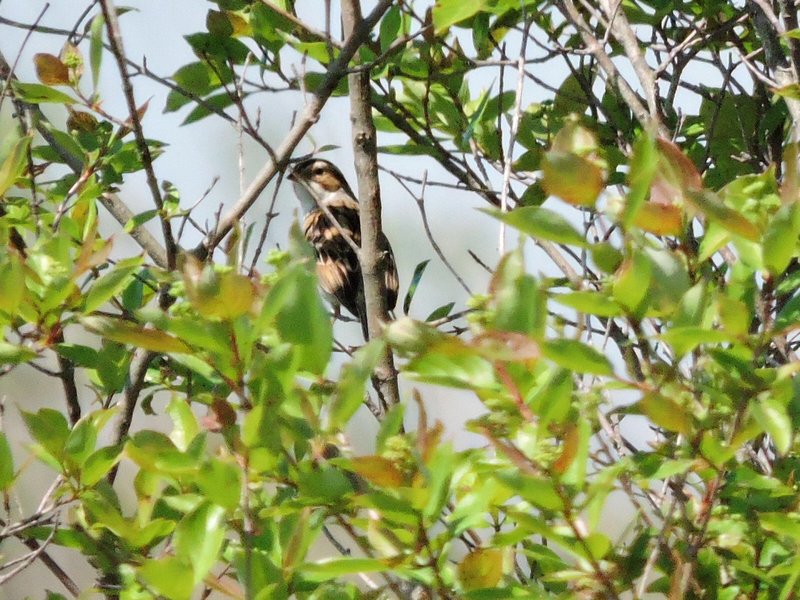 Its relative, a pretty SAVANNAH SPARROW perched nearby: 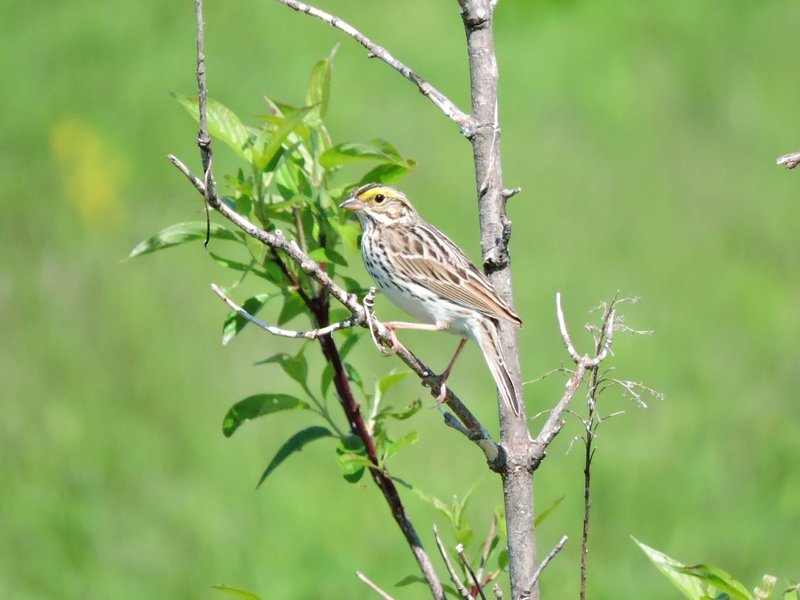 And a male BLACKBURNIAN WARBLER in the woods on the way back to the car was nice: 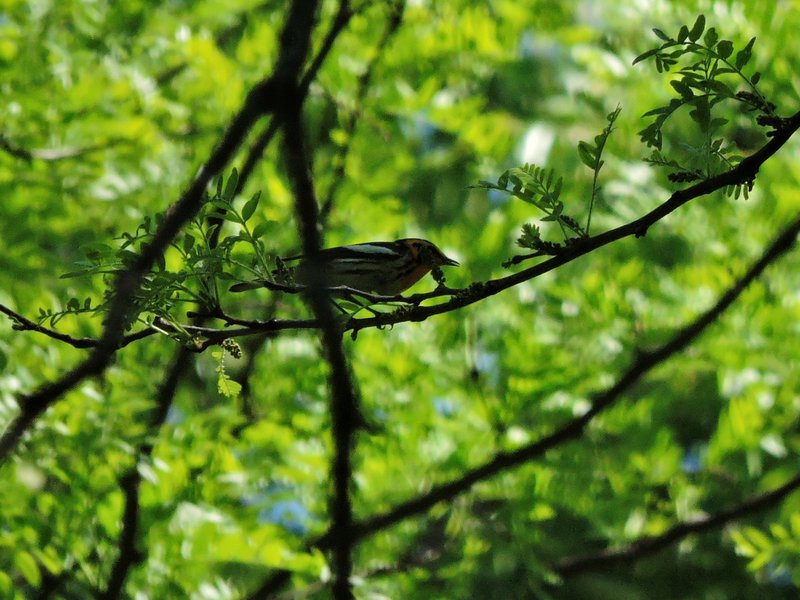 It was a great walk! Thanks to Michelle H and Jodi T for coordinating the walk, and a HUGE thank you goes to Joe S for giving me all of the insider tips on where to find the Bell's Vireo, Clay-colored Sparrow, and other goodies at Springbrook Prairie.

And finally, here is a nice BLUE JAY photographed from my front porch this afternoon: 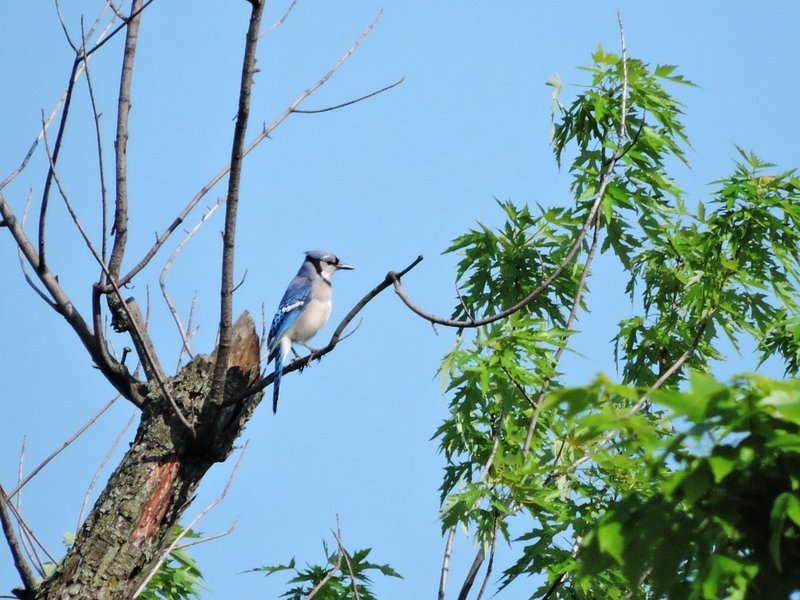 Bird-of-the-day goes to the pair of Bell's Vireos, with runner-up to the Clay-colored Sparrow - the full list from this morning is attached below. A very fine day of birding!

I really like the larger pictures of the birds- it helps me differentiate more clearly among no them. I also enjoyed the comments next to some of the bird identifications. Thank you so much. I look at birds much more carefully than I used to and am learning a lot.

Happy Birding to you too!

Bell's Vireo and Clay-colored Sparrow, wow! Those are some great species. I like the new look better too, and I enjoyed the larger photos.

This WAS an amazing day -- thank you so much Henry! I learned so much on the walk and was completely blown away by your birding skills! Thank you for sharing your knowledge with us! The photos on the blog are SO helpful! Thank you!