Today, before my family and I drove to Michigan, I led a bird walk starting from my house at 7:00am - the final neighborhood bird walk of the spring (although I have three more walks scheduled to take place in Miller Meadows Forest Preserve). It was well attended, with 11 birders in total, and we had a lively time.

The birds were rather few and far between; however, there were a few highlights including this beautiful male COOPER'S HAWK: 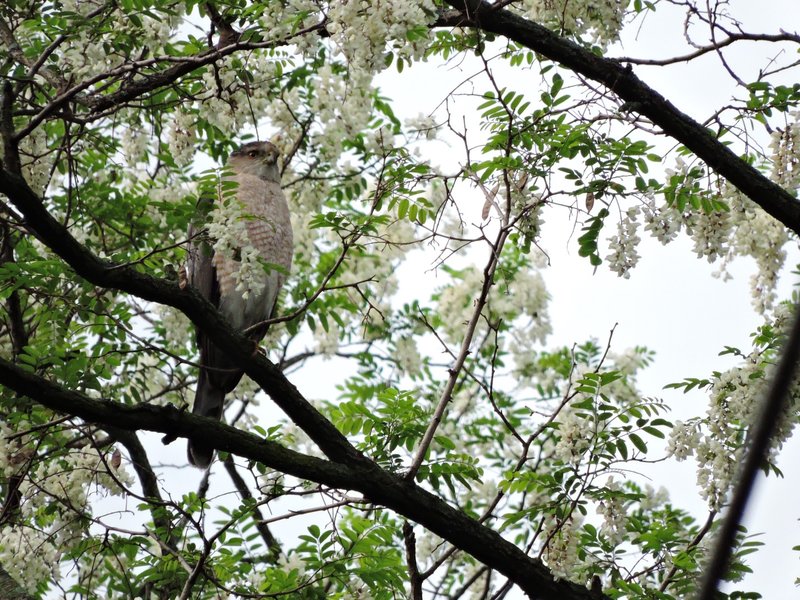 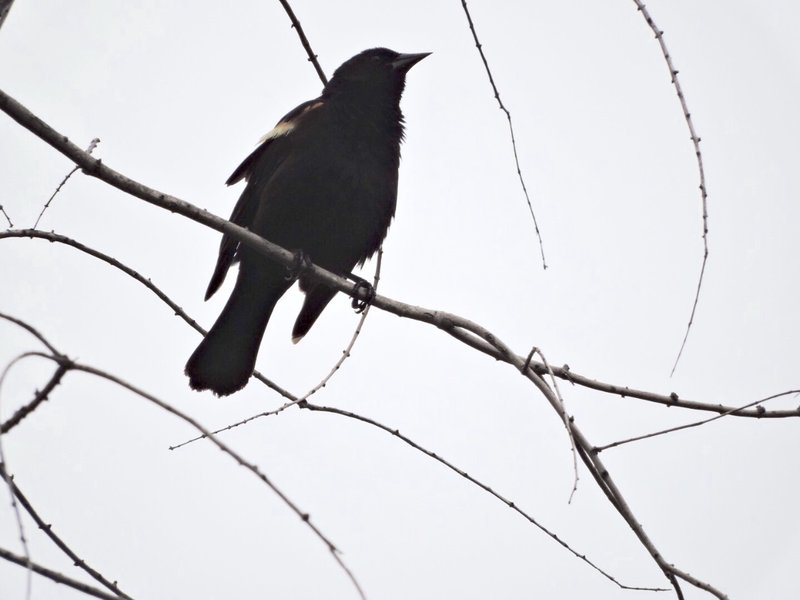 The best bird of the walk was probably this male CHESTNUT-SIDED WARBLER which posed nicely over the group: 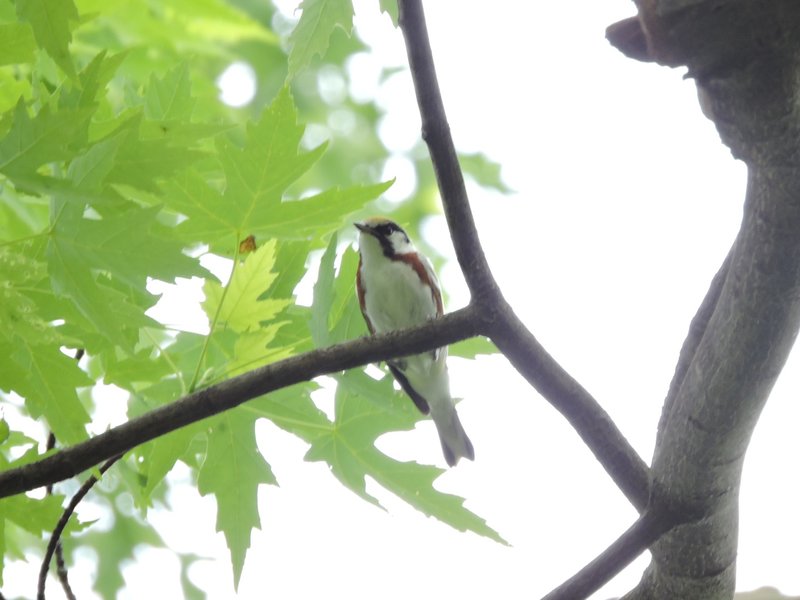 It was a fantastic walk! 28 avian species were identified, see the list here:

Then, my mom, sister, and I loaded up the car and drove to Michigan (my dad will join us late tomorrow). In mid-afternoon, we met my Aunt Mary and Uncle Mory at the house they are renting in Grand Haven (where I am staying this weekend), and my Uncle Mory and I drove to Muskegon State Park in search for a cute shorebird called the Piping Plover, which would be a life bird for both of us. Not only is this a cute bird, but it is a threatened and declining species due to habitat loss, so it would be fantastic to see.

Sure enough, a fenced-off area of the beach adjacent to the second parking lot on the right held a cage-like structure which contained a Piping Plover guarding her nest. 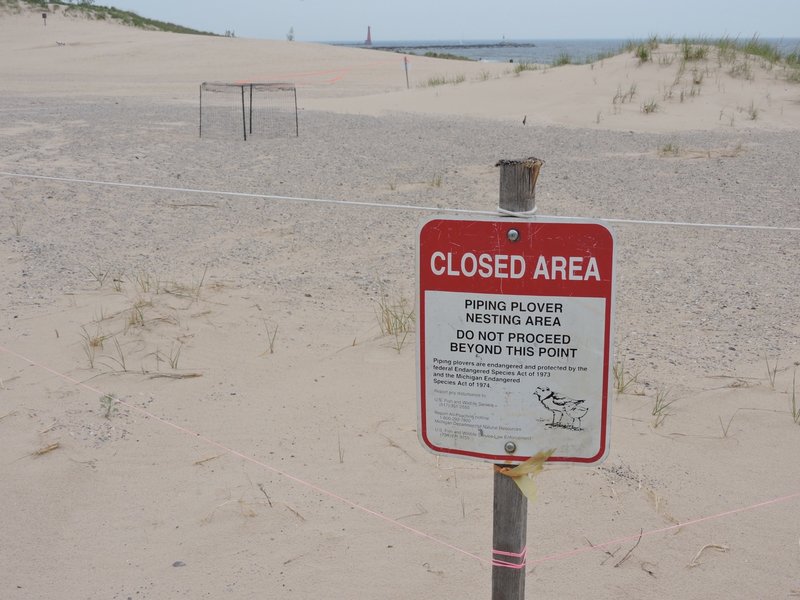 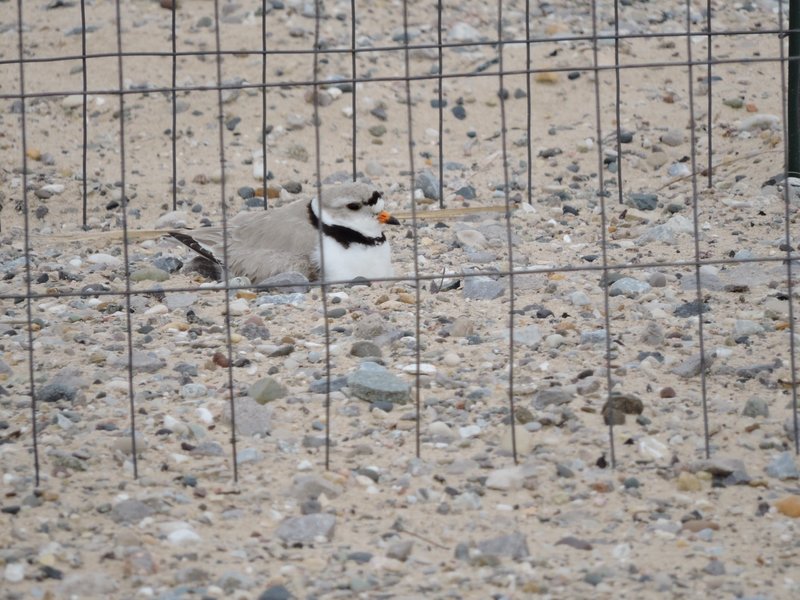 It is a wild bird, and therefore countable for my list, because it can freely move in and out of nest enclosure, which was put there by biologists to further protect this endangered species' nest from predators - especially dogs and gulls. At one point, the plover popped out of the enclosure to forage around a bit, providing for better photo ops: 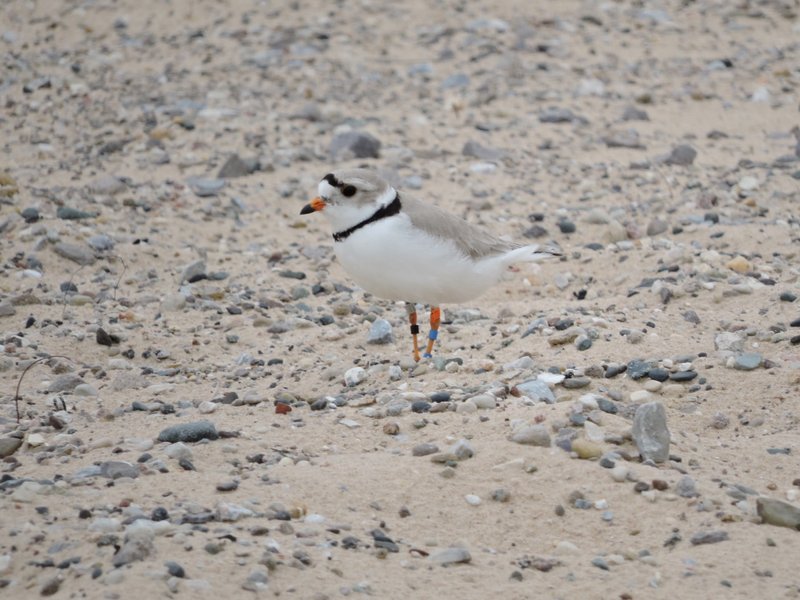 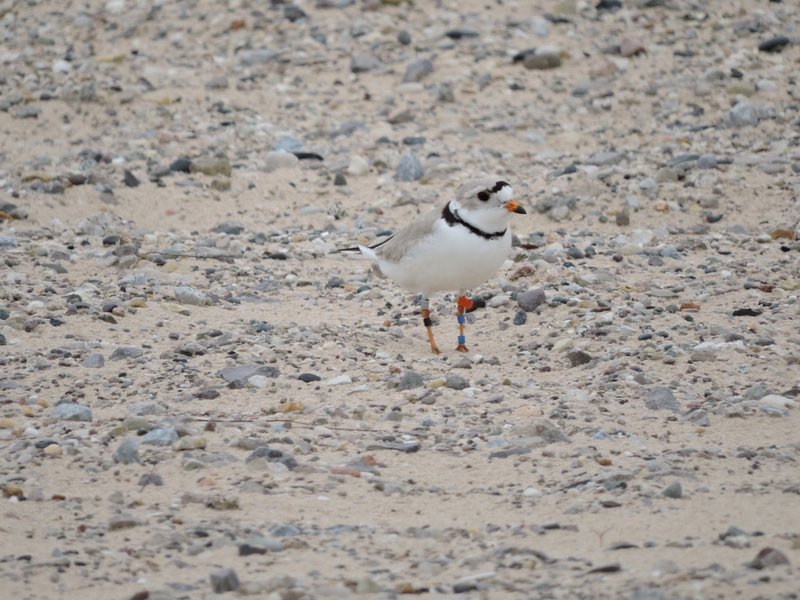 A few FORSTER'S TERNS, an uncommon species for Michigan, were seen roosting on the beach: 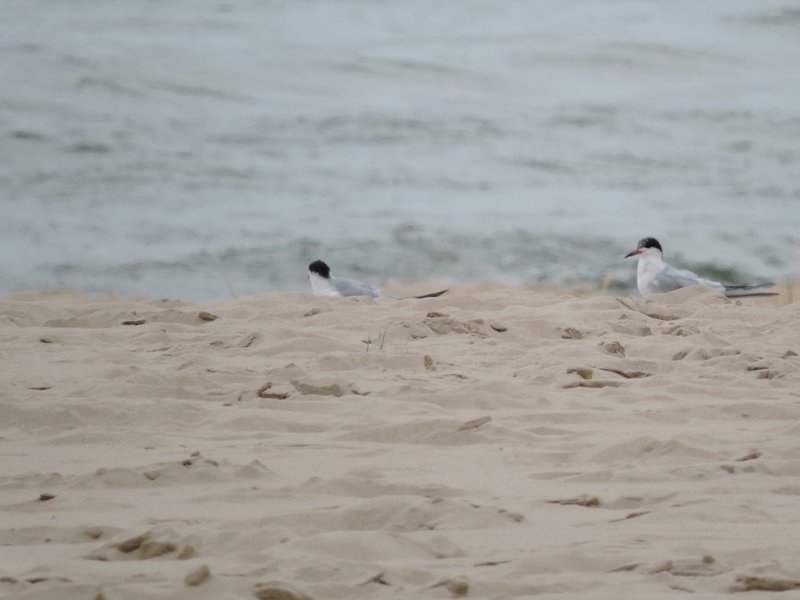 And my uncle and I hiked a trail away from the beach; however, it was largely devoid of birds despite its beautiful sand dune landscape: 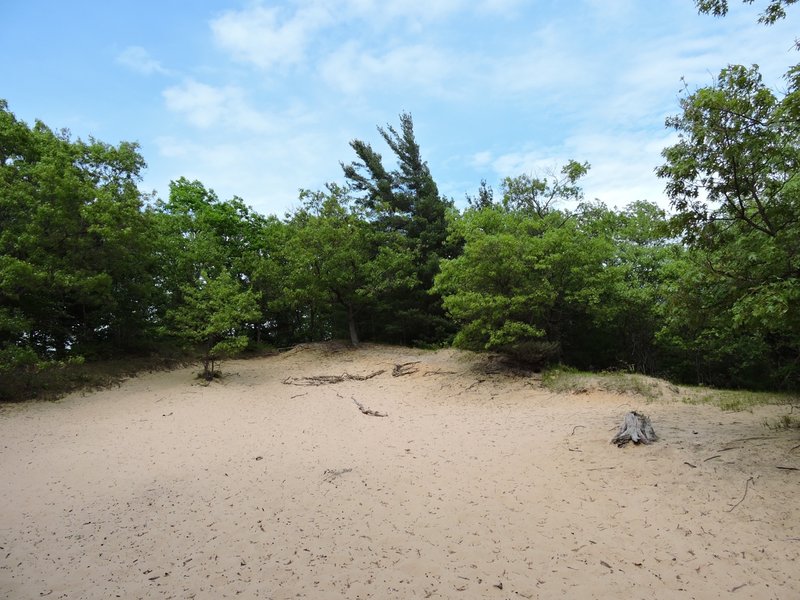 Here is the bird list for Muskegon State Park:

Turkey Vulture 3
Piping Plover 1 One adult bird sitting on nest within enclosure right off of the second parking lot, as approached from the north. It got up once and poked around, possibly foraging.
Ring-billed Gull 8
Forster's Tern 2 Note slender bill, small size, and relatively small area of black on the birds' heads. Seen on beach with Ring-billed Gulls, kind of close to the Piping Plover area.
tern sp. 1 My guess is Caspian based on size, but too brief of a look.
Chimney Swift 3
woodpecker sp. 1 Probably a Hairy, but too brief of a look.
Red-eyed Vireo 3
American Robin 2
Gray Catbird 2
Common Yellowthroat 1
American Redstart 2
Yellow Warbler 1
Chestnut-sided Warbler 1
Black-throated Green Warbler 1
warbler sp. (Parulidae sp.) 2 Either Blackburnians or Parulas.
Chipping Sparrow 2
Song Sparrow 1
Red-winged Blackbird 5

Bird-of-the-day goes to the Piping Plover, life bird #885 and my first life bird in quite a while! Runner-up to the Forster's Terns seen on the beach near the plover. It was a fantastic day!

Stay tuned, tomorrow I will do some local birding near our place in Grand Haven in the morning, and I will attend a family wedding in the afternoon.