Today I birded with birding friend Al Stokie in northern Lake County, Illinois. Although it felt quite hot at times (it topped out at 93 degrees today!), we had a productive day of birding.

After an hour-and-a-half commute on the Metra, Al picked me up in Waukegan and we headed to the south unit of Illinois Beach State Park in search of shorebirds and assorted uncommon nesting birds.

On the beach, we didn't do well in the shorebird department; however, we did find a pair of juvenile HORNED LARKS, a fairly exciting find! 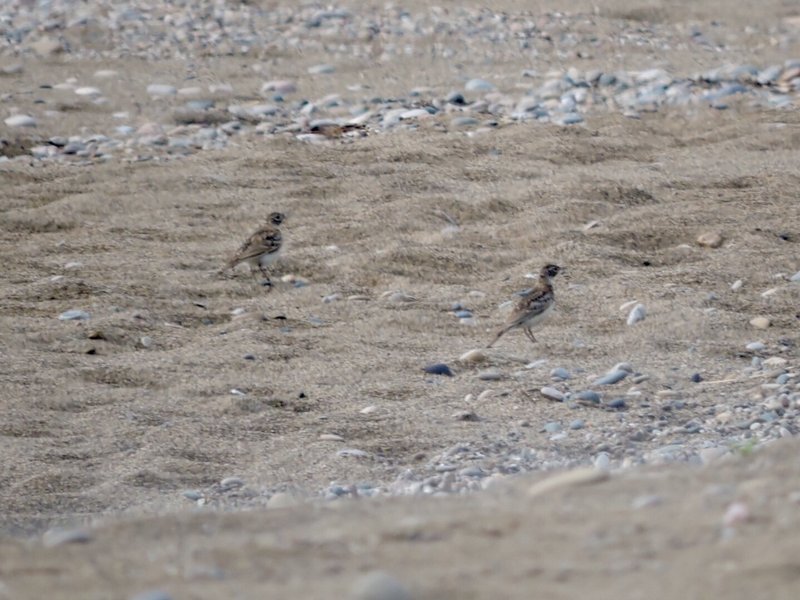 Nearby, we found a few very uncommon plant species including this Hoary Paintbrush (a relative of the more widespread Indian Paintbrush): 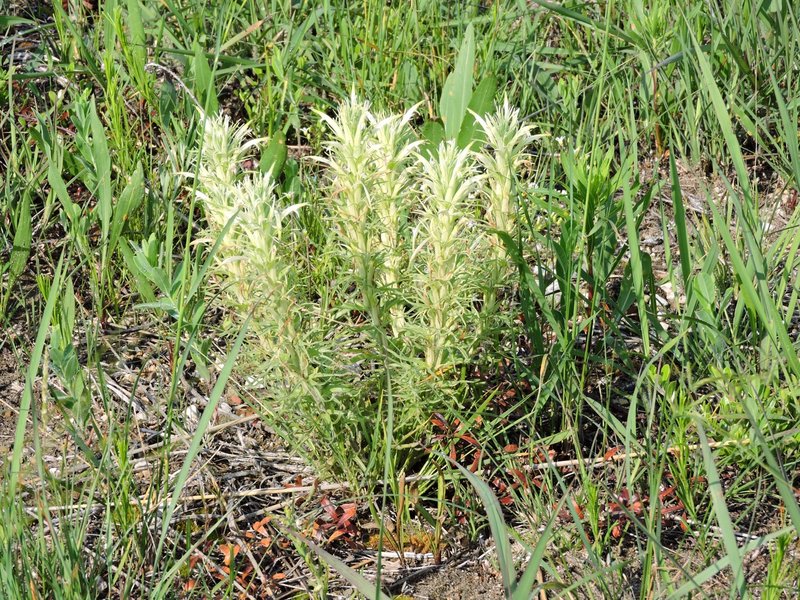 Although we failed to find one of our target birds, the Lark Sparrow, there were some neat birds around as well, including this GRASSHOPPER SPARROW: 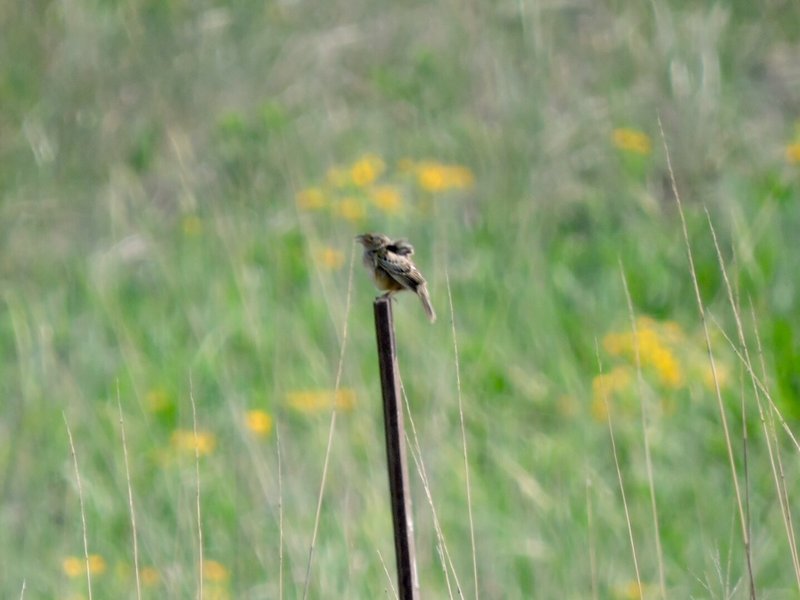 Then, we birded the campground nearby and found this very uncommon YELLOW-THROATED WARBLER. This is the only place where this species nests in Lake County and one of the few places in northeast Illinois as it is typically a more southern bird: 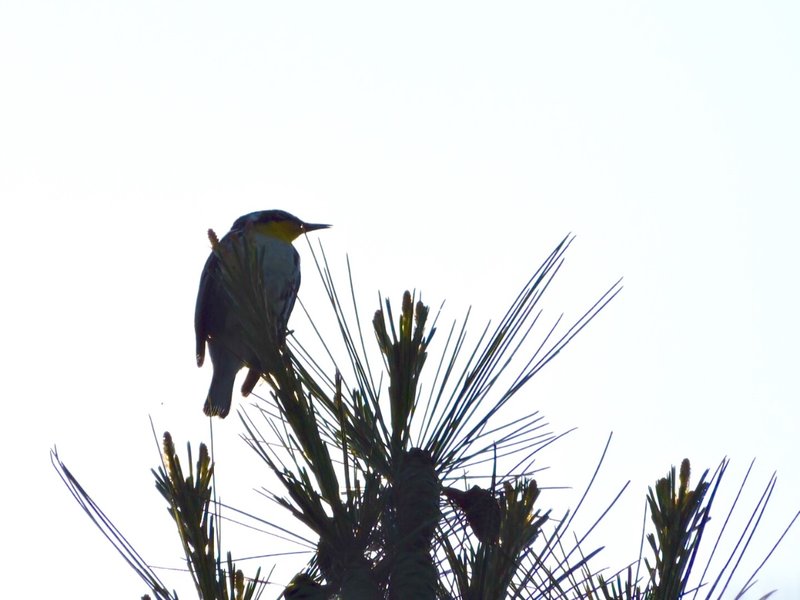 Then, we drove to the Sand Pond area in the north unit of the state park in hopes of a Yellow-breasted Chat. That bird was not to be found today, despite the fact that we searched for a very long time for it. We had some nice birds to make up for it, though, including this male EASTERN BLUEBIRD: 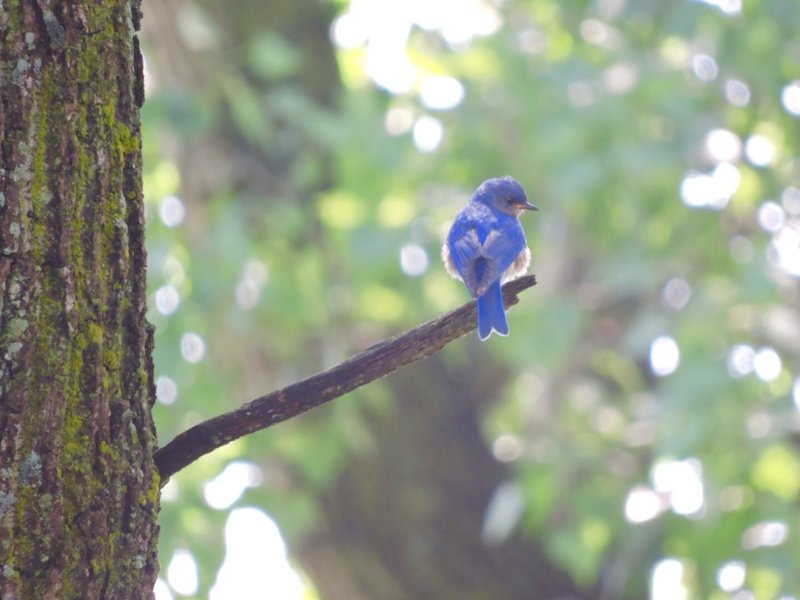 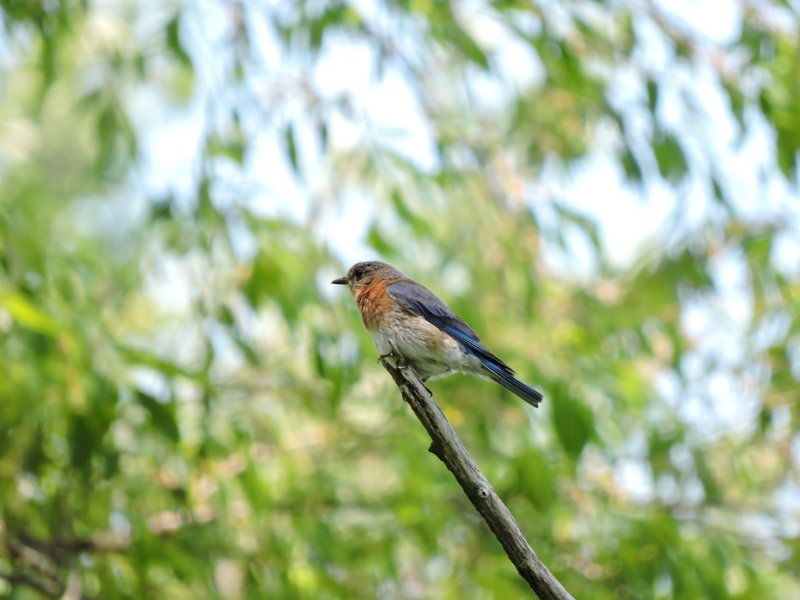 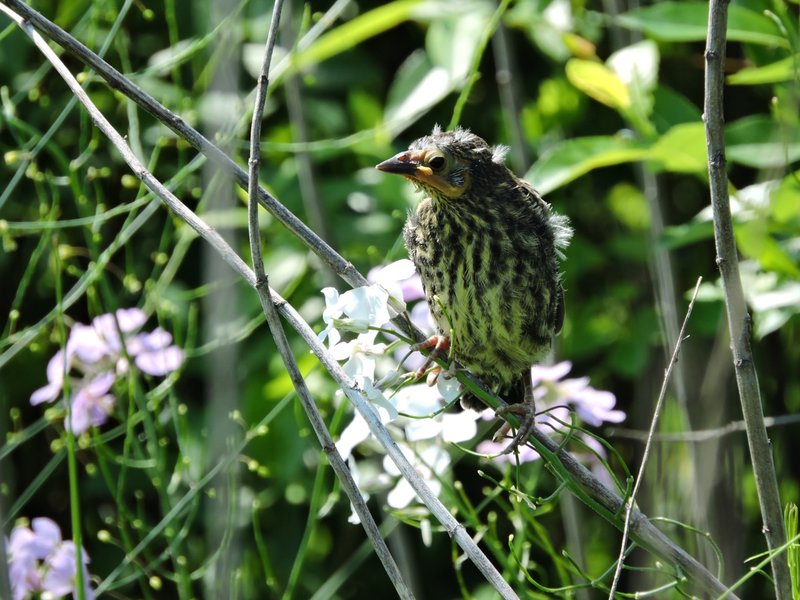 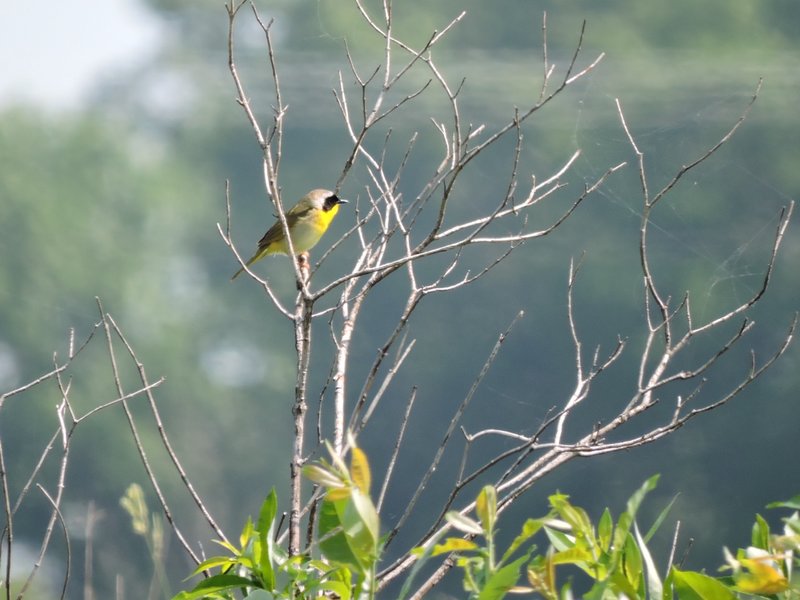 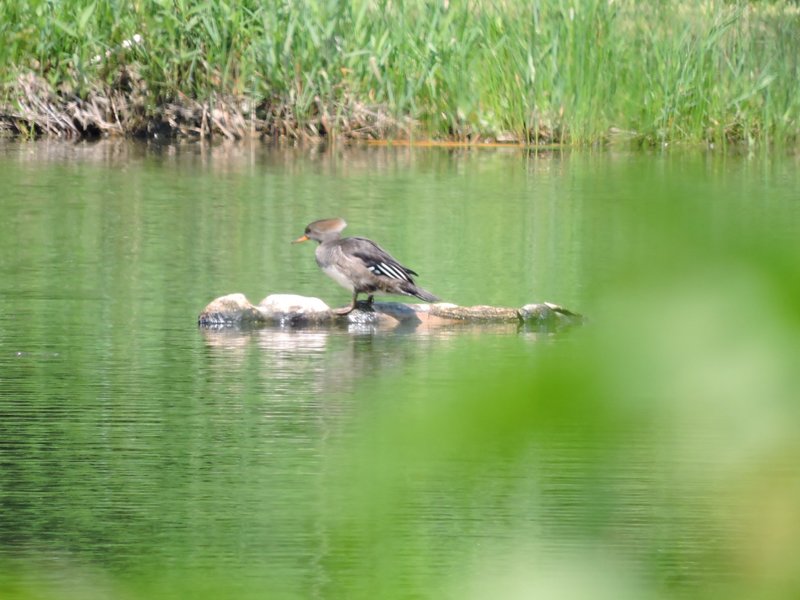 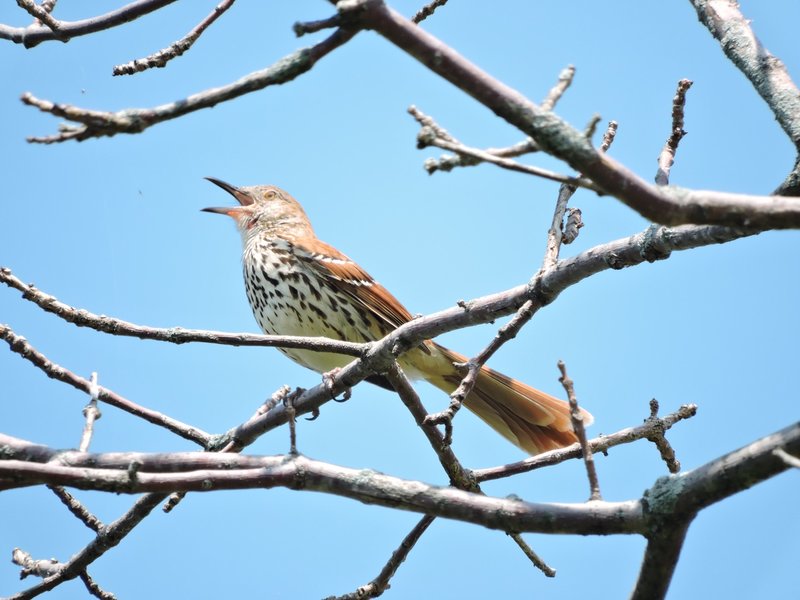 And our best species at Sand Pond was two male BLUE GROSBEAKS, another species that is typically much more common further south in Illinois. Illinois Beach State Park is quite possibly the furthest north breeding location for this species in the state: 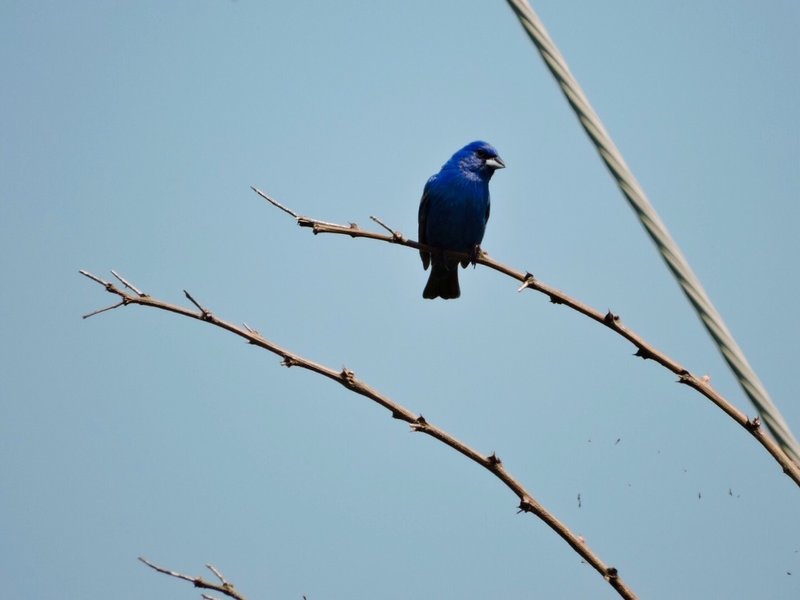 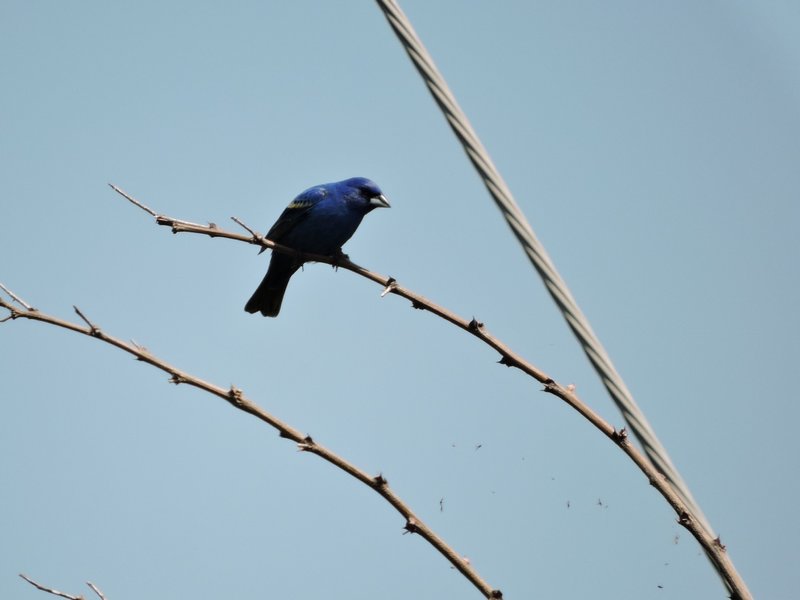 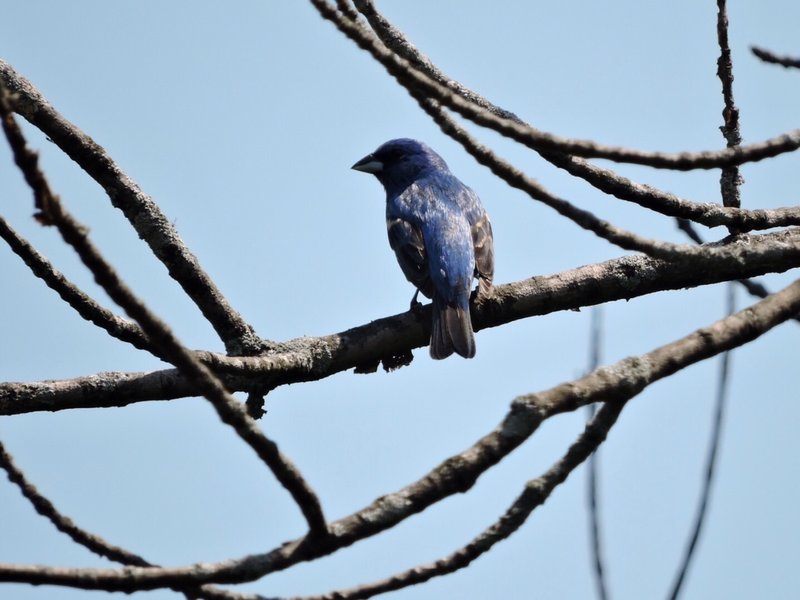 A Leopard Frog was also nice: 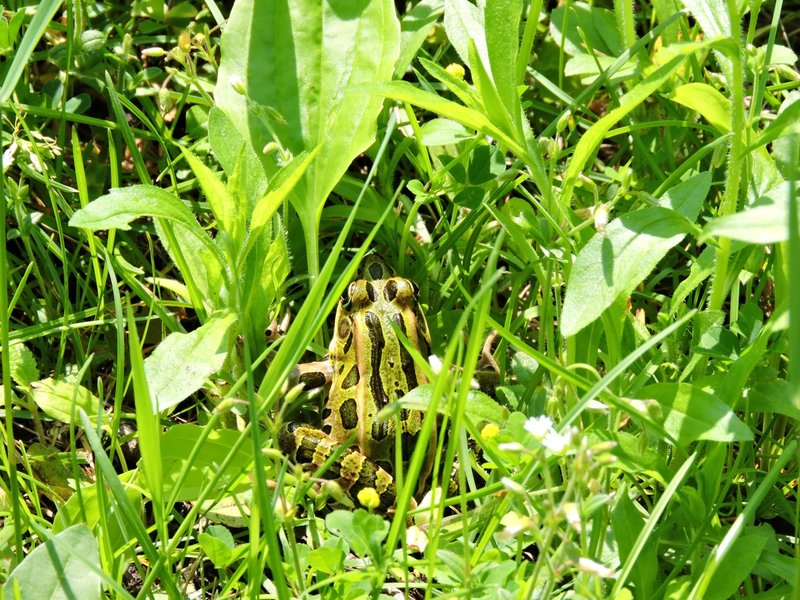 We ended the day by viewing (with Al's scope from very far away) a PIPING PLOVER sitting on its nest near Waukegan. Since it is in a restricted location with lots of security, Al told me I couldn't take any photos, and they wouldn't have turned out very well anyway because the nest was quite far away.

It was a fantastic day! Bird-of-the-day goes to the two cooperative Blue Grosbeaks, and runners-up to the Yellow-throated Warbler and Piping Plover. The full list for today, a good total of 69 species, is attached below.

Sounds like you had an incredible day of birding! Congrats on your lifer!