Last weekend, my dad and I traveled to the Olympic Peninsula in northwest Washington state for birding, hiking, and even whale-watching! I will split this trip up day-by-day since I have so many photos. Enjoy!

On Thursday, July 14, we took an early morning flight to Seattle. The views were quite scenic: 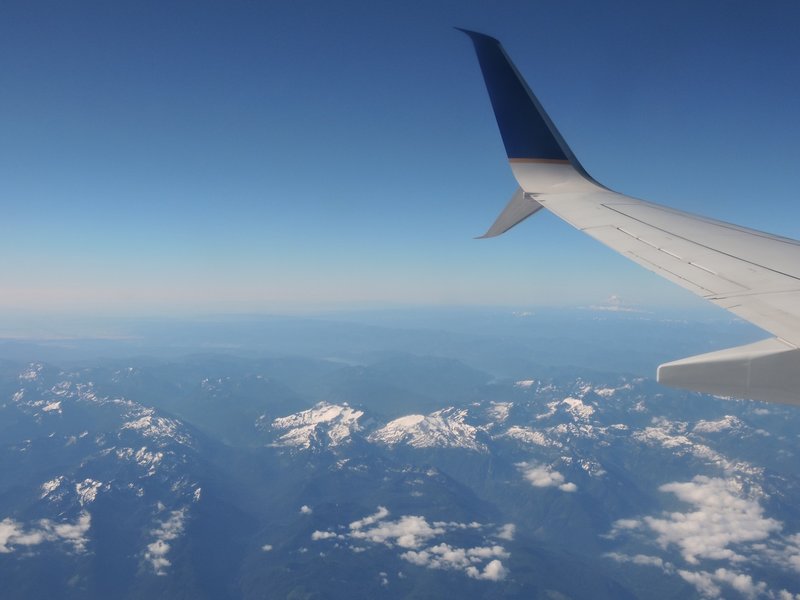 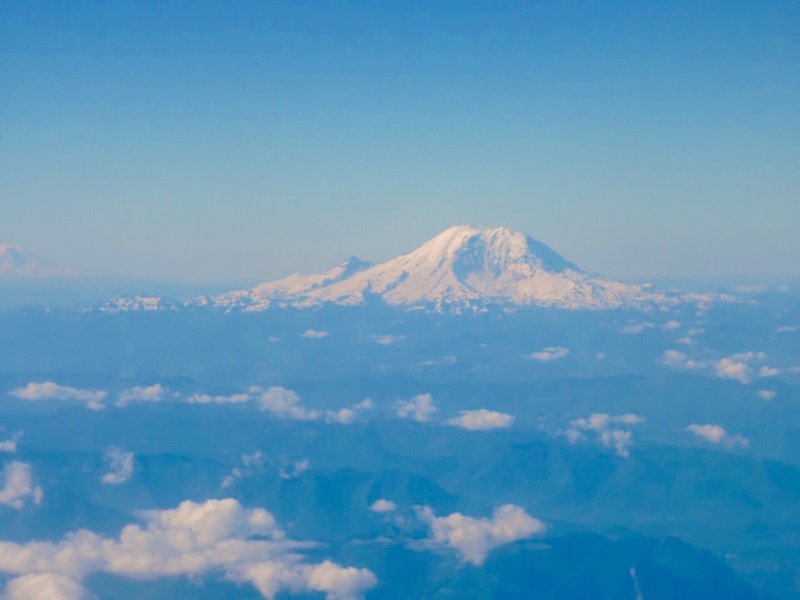 We spent the day making our way over to Port Angeles, WA with stops along the way for birding. At the first stop, my target bird was Mountain Quail, a very uncommon and shy species at which Washington is the northernmost point in their range. This is a LINCOLN'S SPARROW: 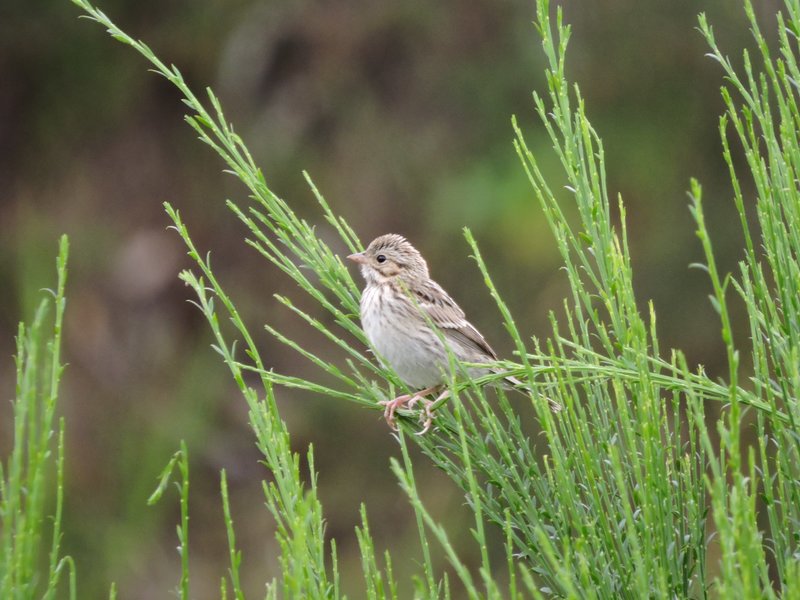 Unfortunately, I never found the Mountain Quail; however, we did hear a more common CALIFORNIA QUAIL sing it's classical "Chi-ca-go!" song.

The next stop was Gardiner Beach on the Olympic Peninsula, where we happened to run into birder John Gatchet (who used to live in Wisconsin) who graciously gave us an impromptu afternoon birding tour of the northeast peninsula! Here is a BALD EAGLE and a GREAT BLUE HERON in the same tree: 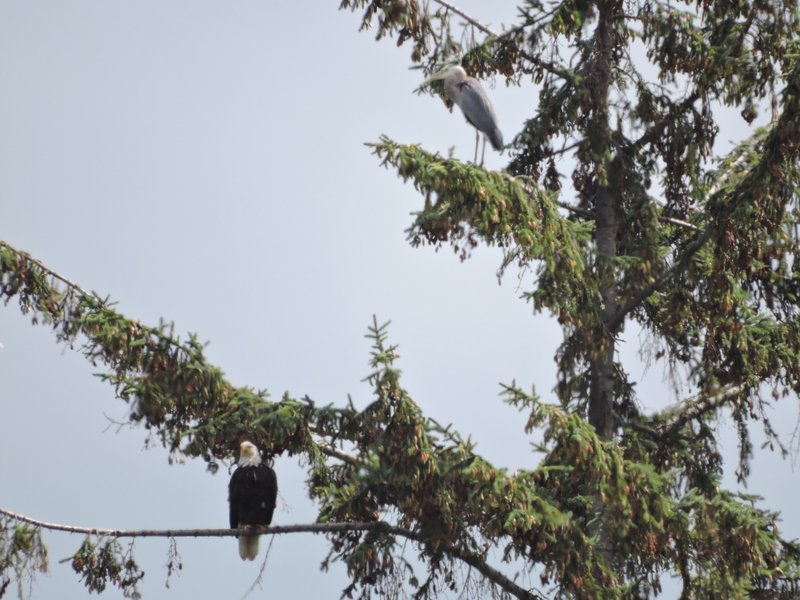 My first photographed life bird of the trip, a RHINOCEROS AUKLET! This is a species of Alcid, which is a family of marine birds that includes the puffins and are thought to fill the niche that penguins satisfy in the Southern Hemisphere. Alcids were high on my "most-wanted" species list for the trip. 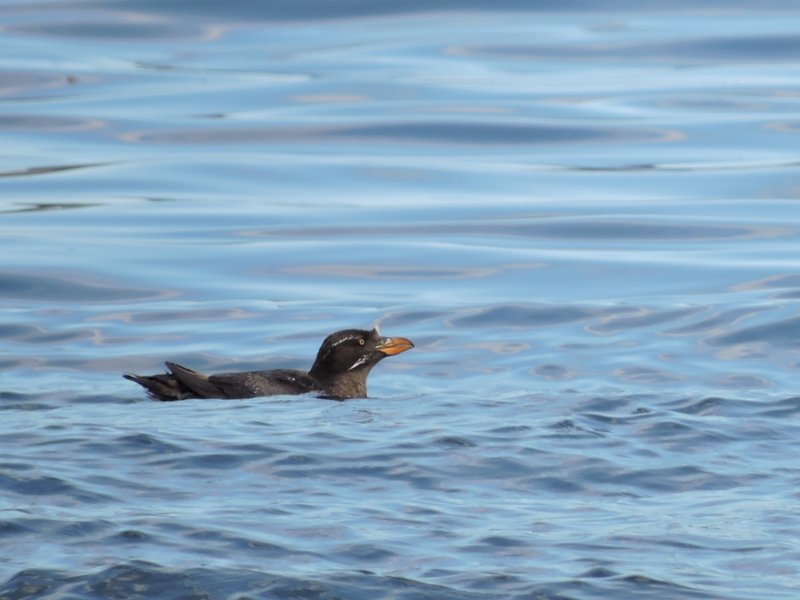 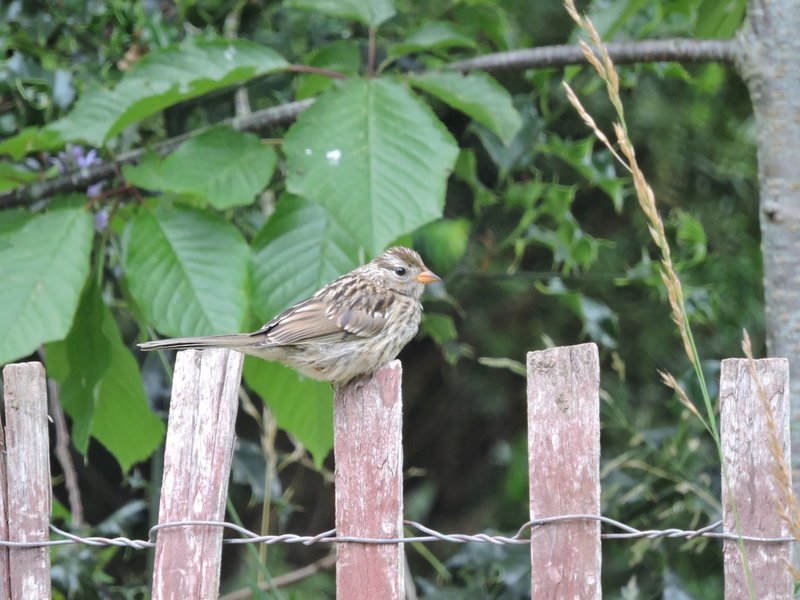 CHESTNUT-BACKED CHICKADEE, which was my 900th life bird! 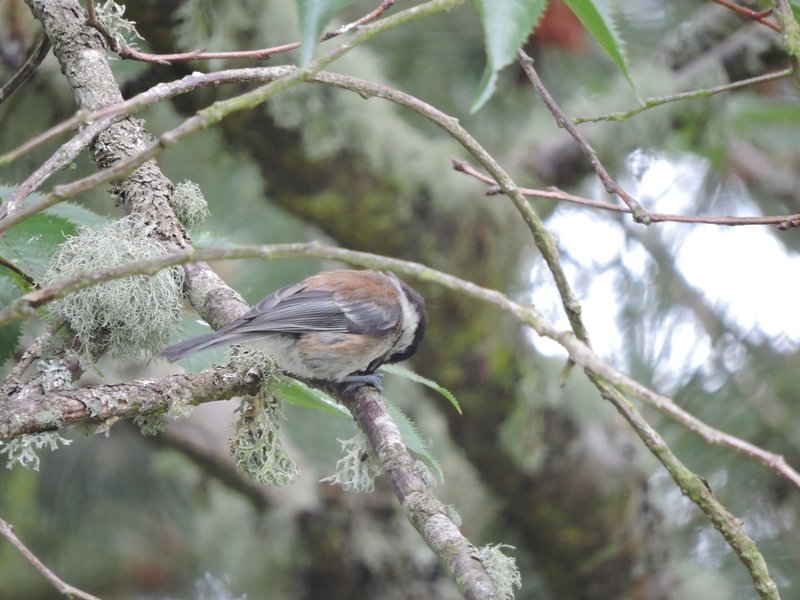 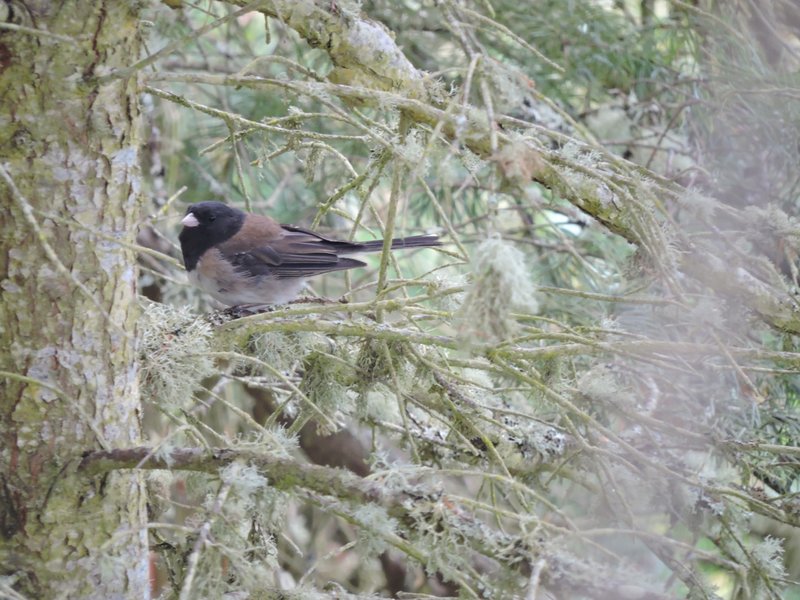 We then visited a spit near Sequim that is a fairly well-known place for watching seabirds, as evidenced by this sign: 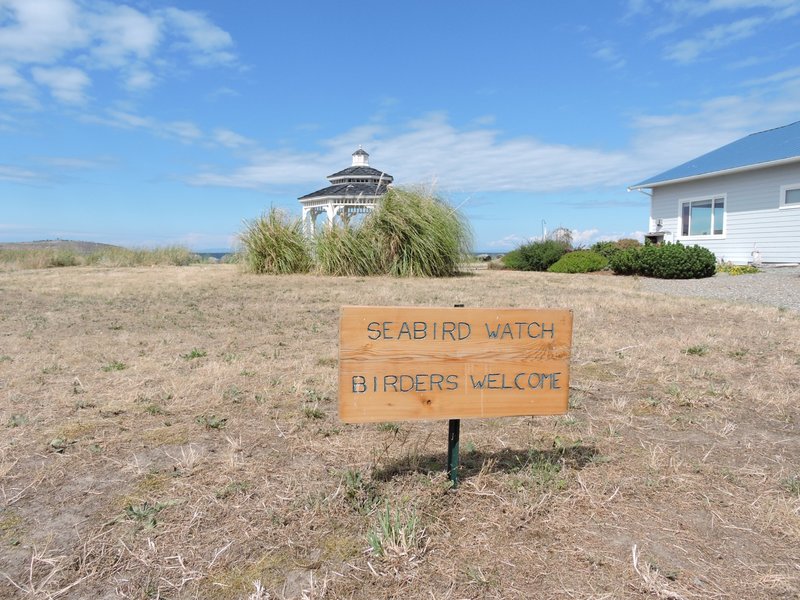 It has a distant view of Protection Island, where everything from gulls to puffins nest: 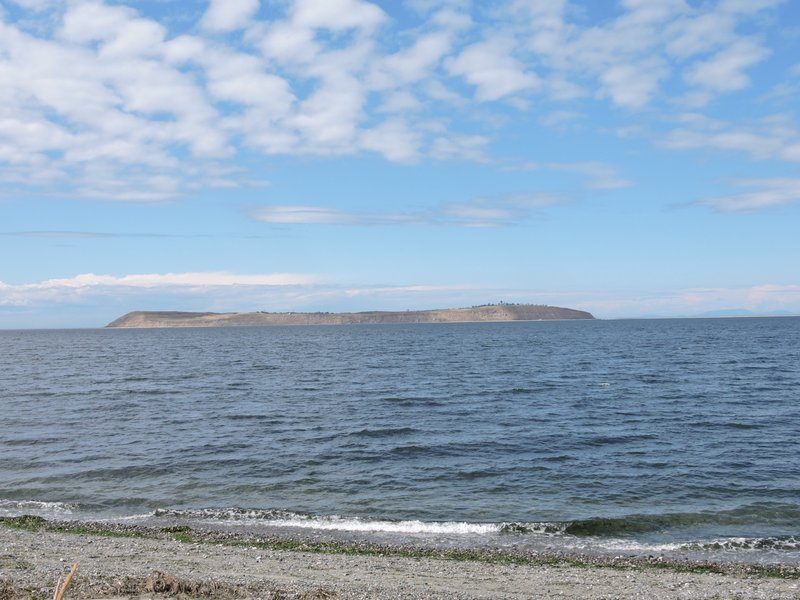 We found my life-bird HARLEQUIN DUCK in the water: 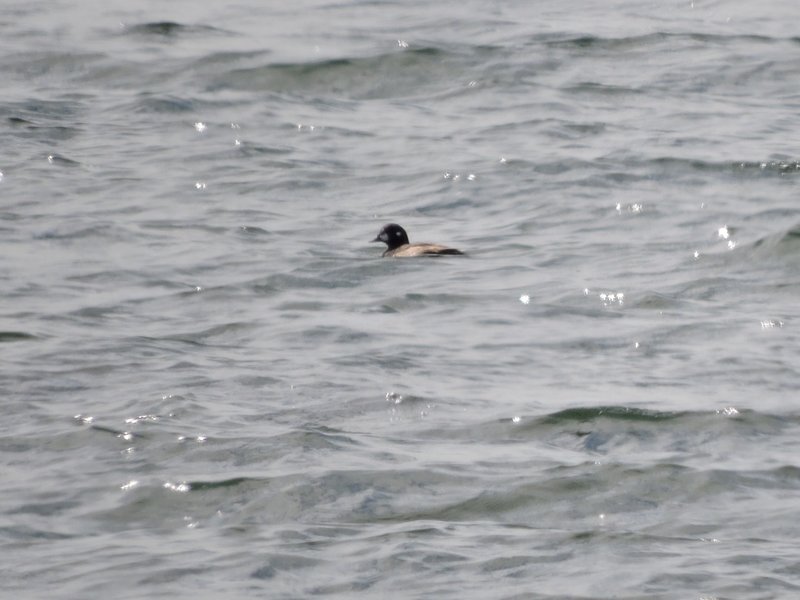 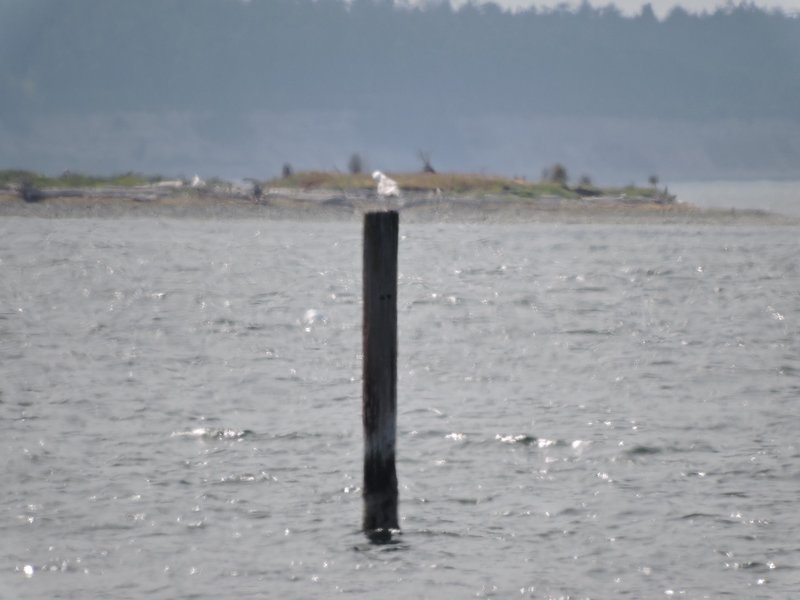 Life-bird PIGEON GUILLEMOT, another Alcid species, flying away from me: 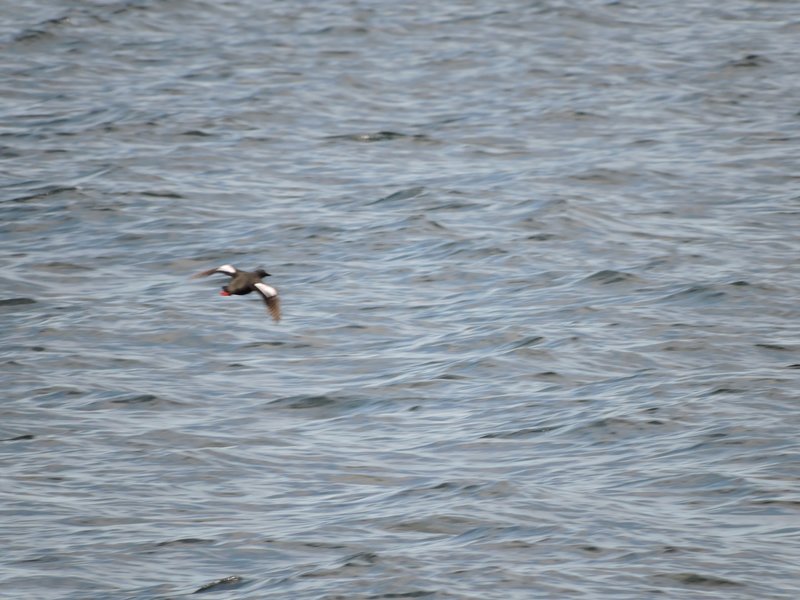 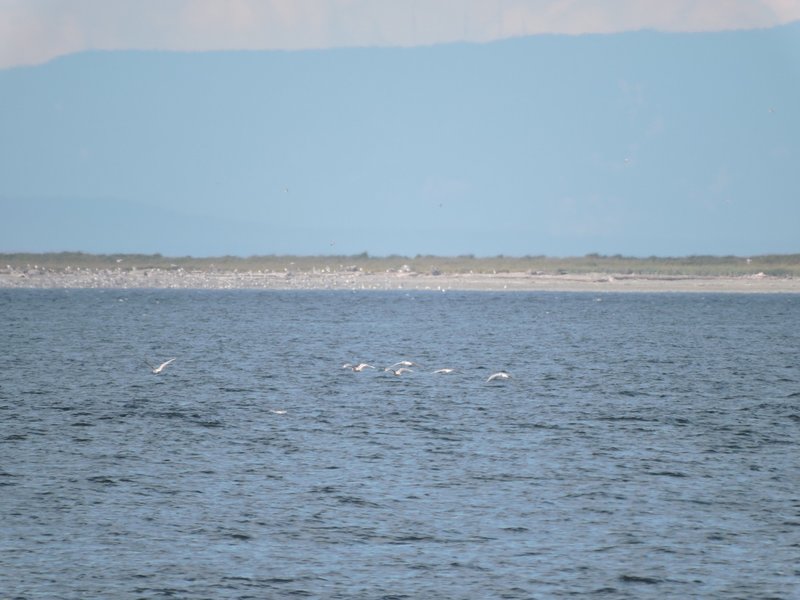 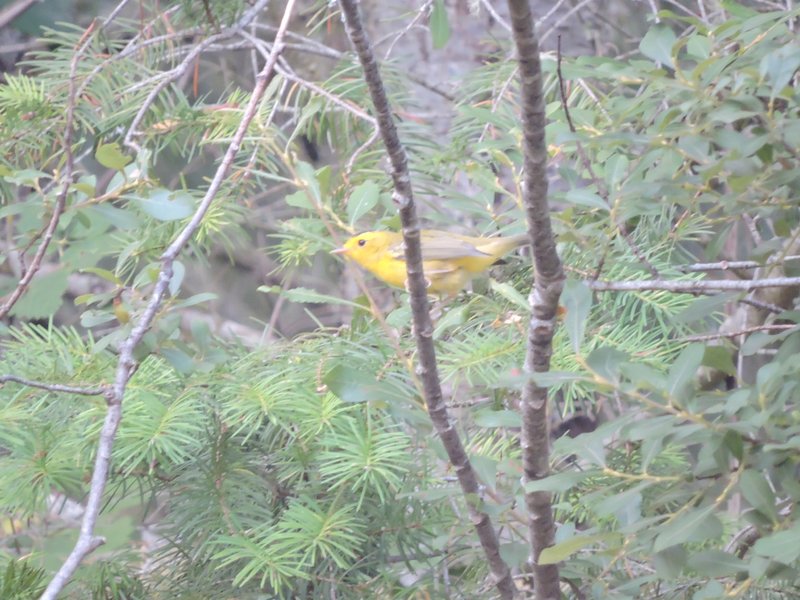 On one road near Sequim, we successfully found two target life birds for me: Bewick's Wren & Bushtit. Although they were both secretive, I did eventually manage to photograph both species. Here is the BEWICK'S WREN: 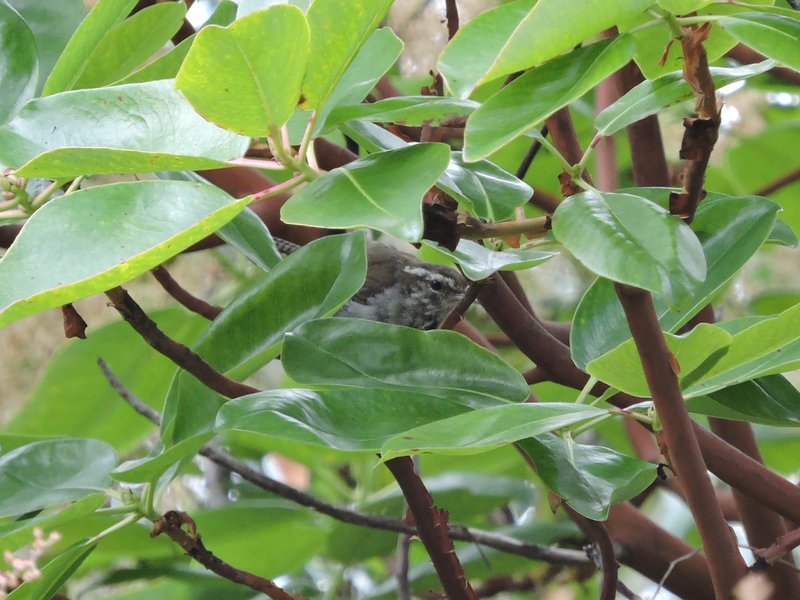 And here is the BUSHTIT: 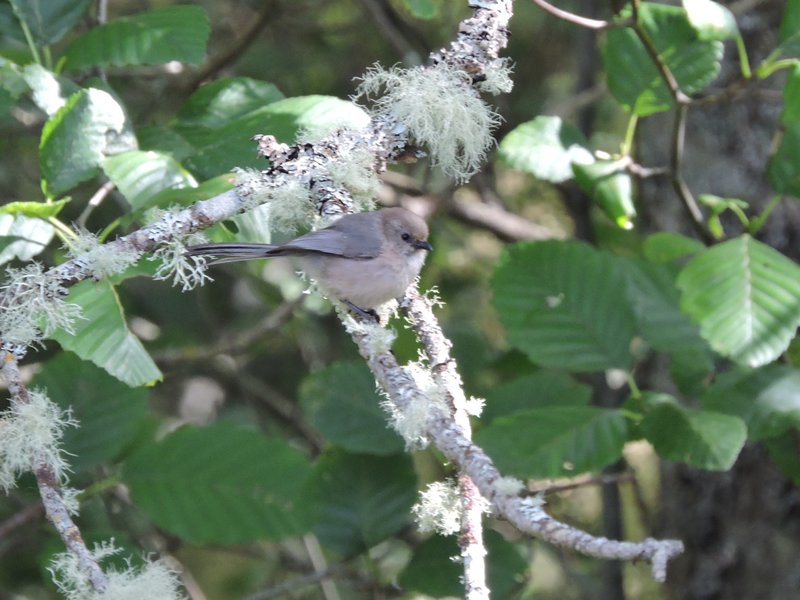 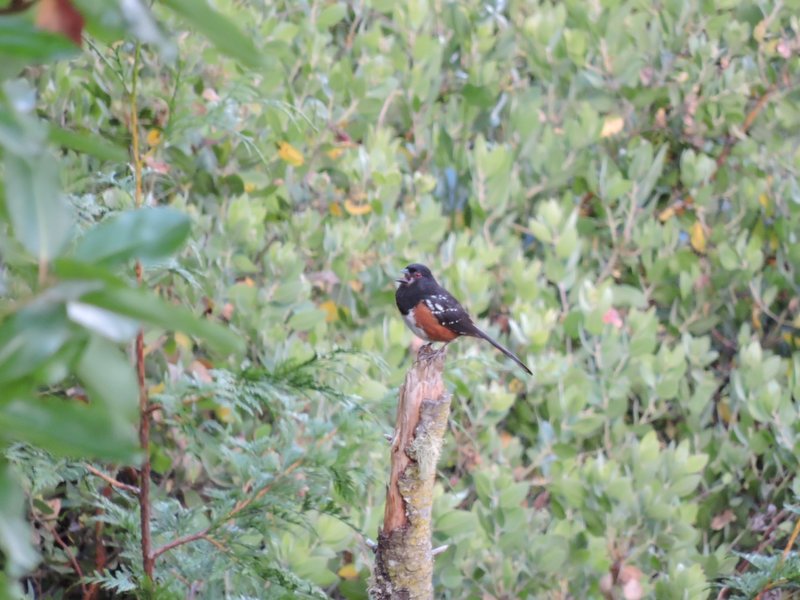 We searched for Varied Thush in this forest, but failed to find it. In its place; however, we had a calling WESTERN SCREECH-OWL and views of some beautiful woodland scenery: 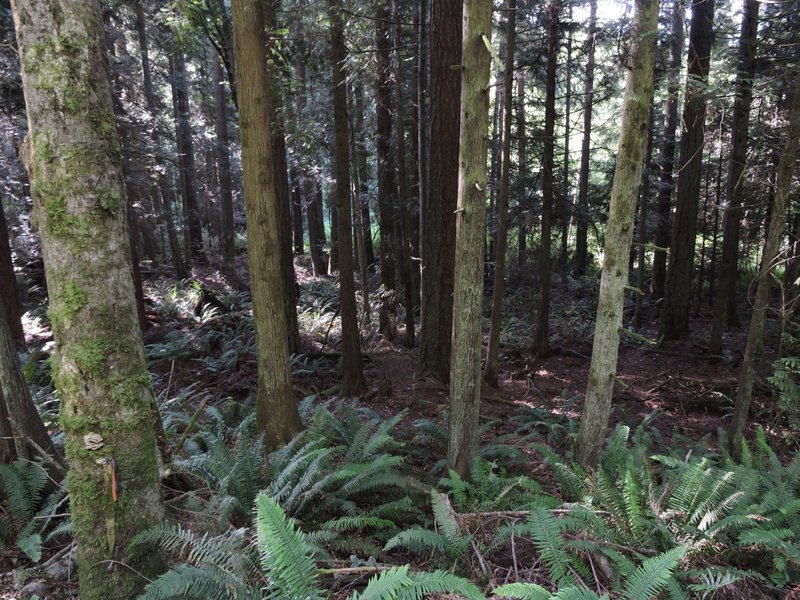 I believe this was an ANNA'S HUMMINGBIRD, female: 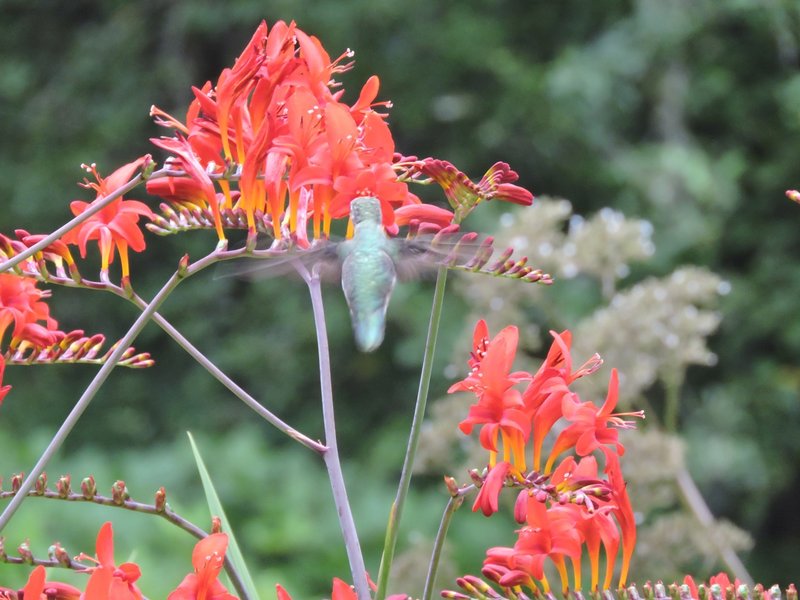 After dinner with John, we checked into our motel and settled in for the night. It was a fantastic first day! Thanks so much again to John for a superb afternoon of birding!

Bird-of-the-day goes to the Bushtit with runner-up to the Rhinoceros Auklet, both being successfully-found target life birds on Thursday.
Good birding,