Before I dive into this post, I think it might be of interest to both long-time and new followers alike to see what I was doing exactly three years ago (!)
http://worldbirding.travellerspoint.com/13/

This Friday I went birding at Northerly Island near the Adler Planetarium in downtown Chicago in search of a rare bird that was being reported there: a Brant, a small species of goose that has only been documented a few times before in Illinois - qualifying it as a downright rarity!

On the walk there from the train, I spotted a few goodies in the lake such as this small pod which included an AMERICAN COOT (upper left), REDHEADS, & LESSER SCAUP. 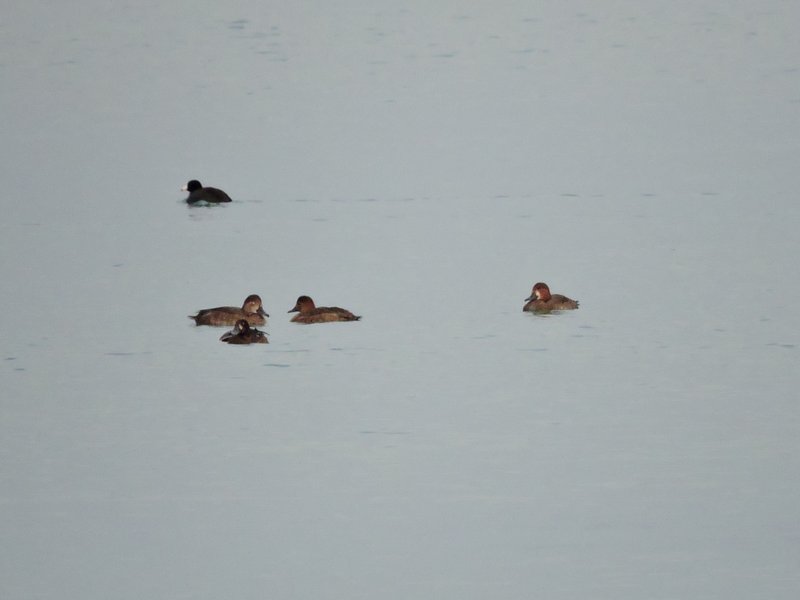 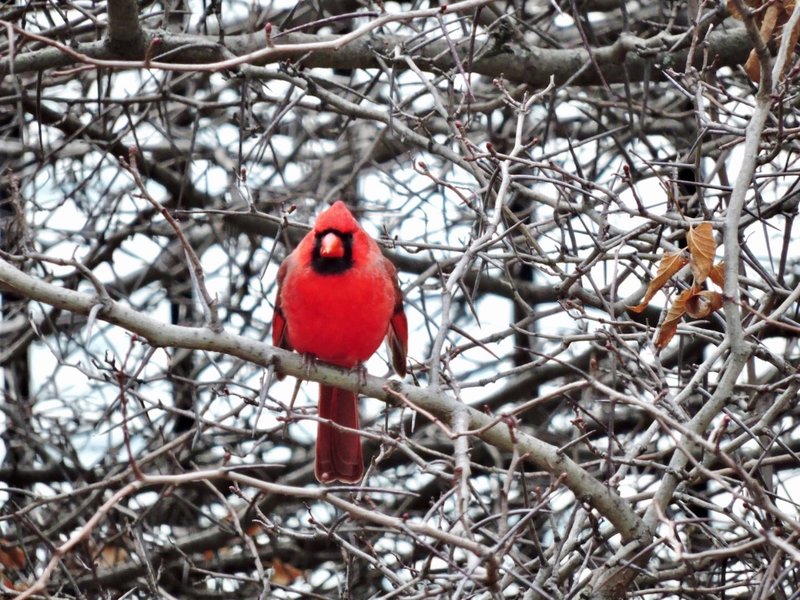 I arrived at around eleven in the morning and pretty soon happened to meet up with a few local birders who were also searching the island for the Brant and any other good things that might be in the area. 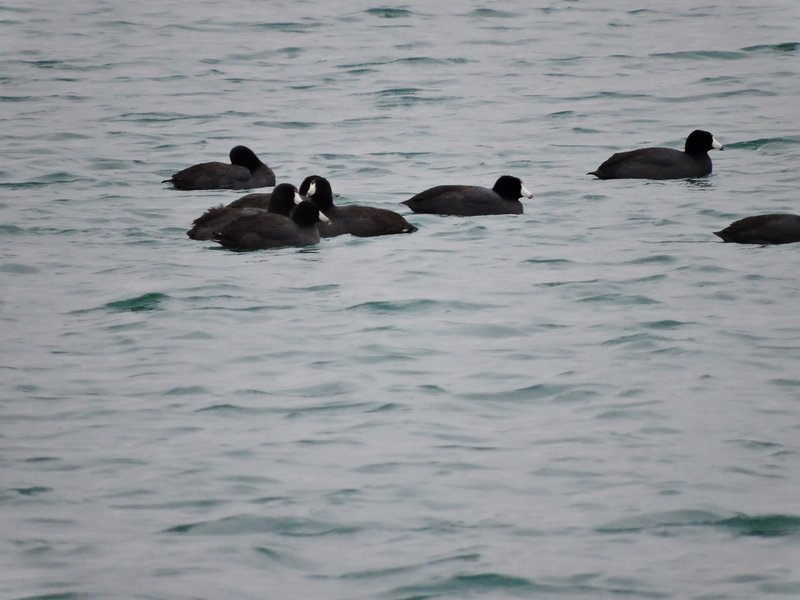 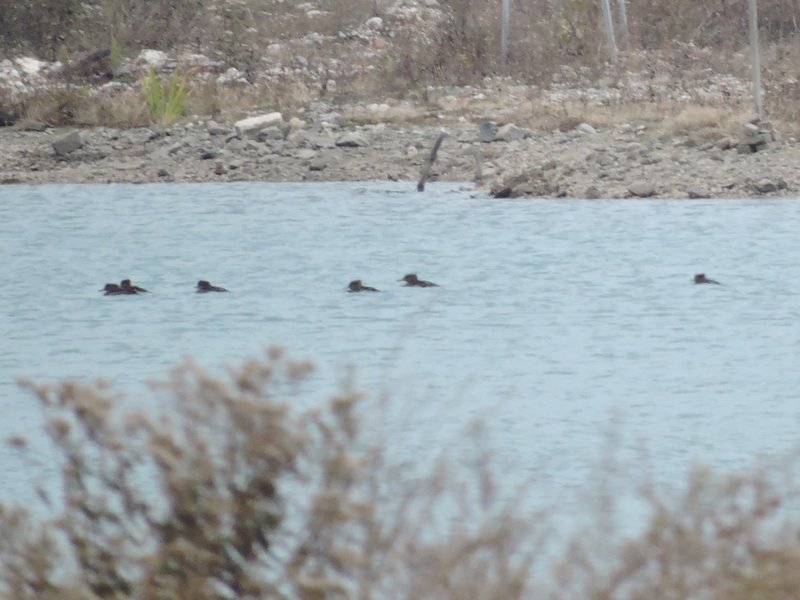 One fantastic surprise was a small group of six SNOW BUNTINGS - a species I believe I have only seen once before in my entire life! 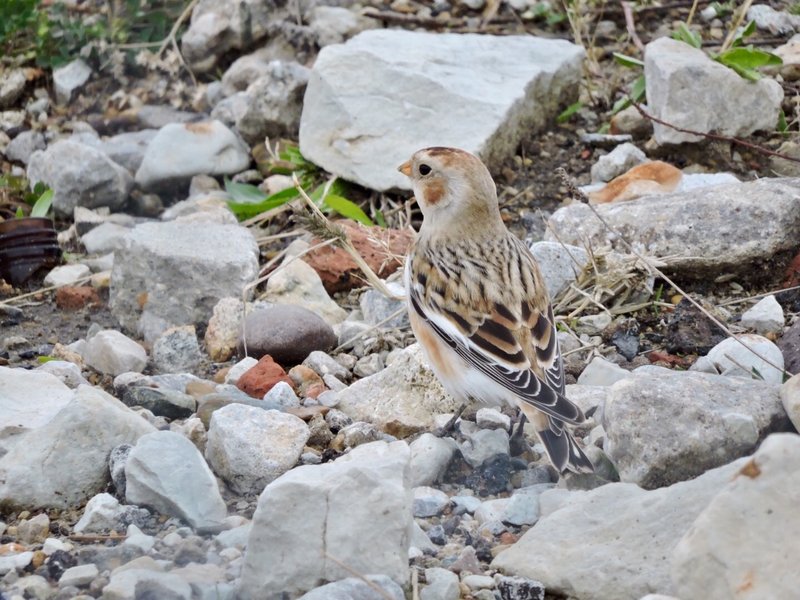 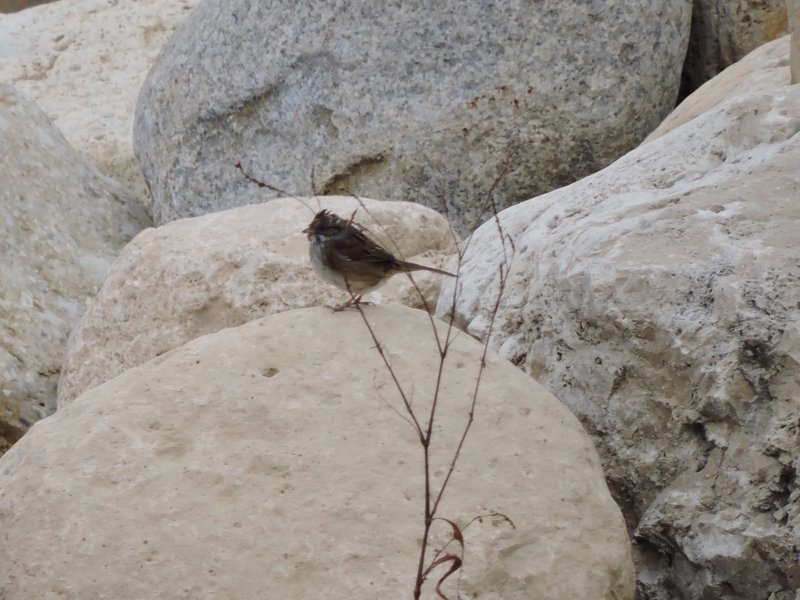 AMERICAN TREE SPARROW, these little guys were quite numerous as expected: 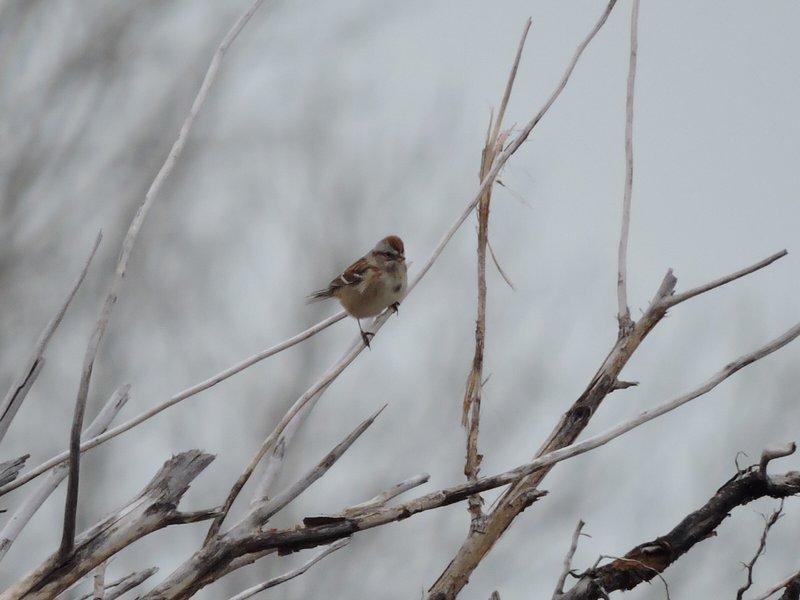 Finally, after looping around Northerly Island, we spotted the distant BRANT goose - my target bird - tucked up against the seawall right next to the Adler Planetarium: 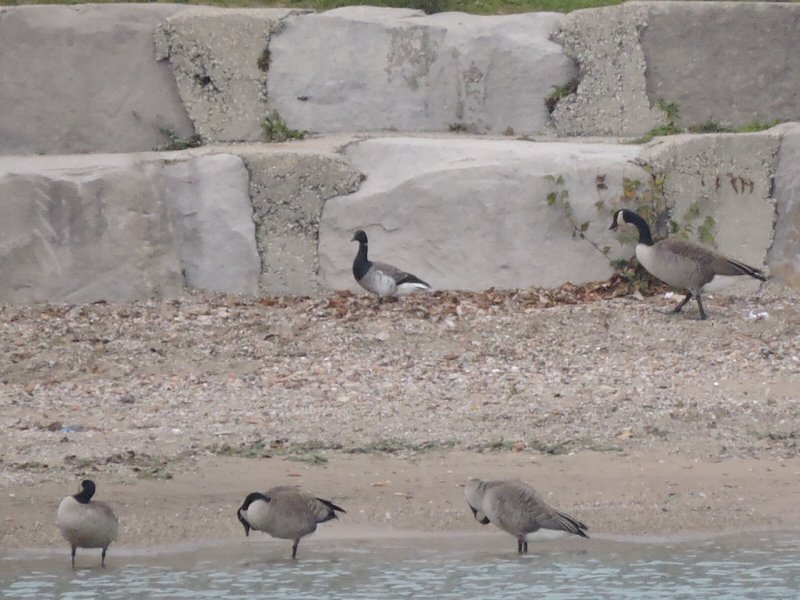 Then, we walked over there to get a better look at the goose to find it had moved up to the grassy areas right next to the Planetarium - the regular passerby would have probably taken it as just yet another (albeit small) "regular" goose! 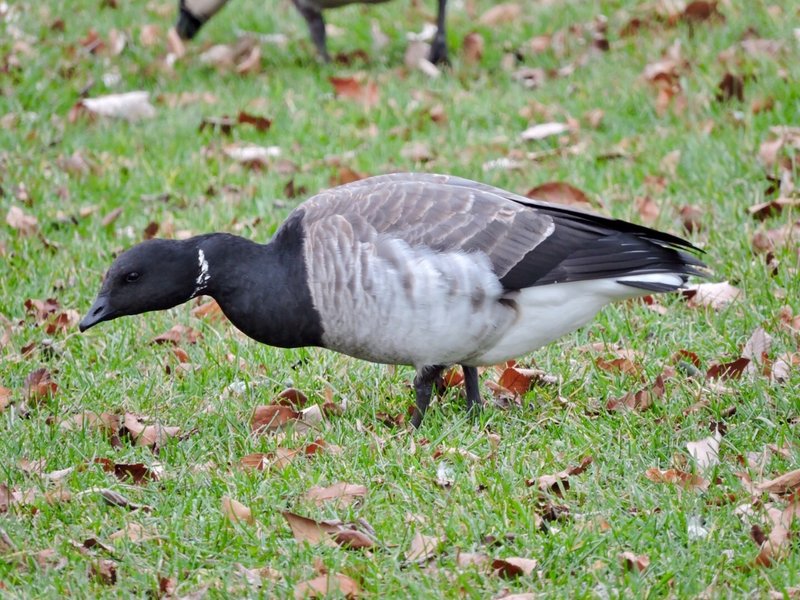 At one point, the cute little feller waddled right across the path in front of us - what an obliging life bird! 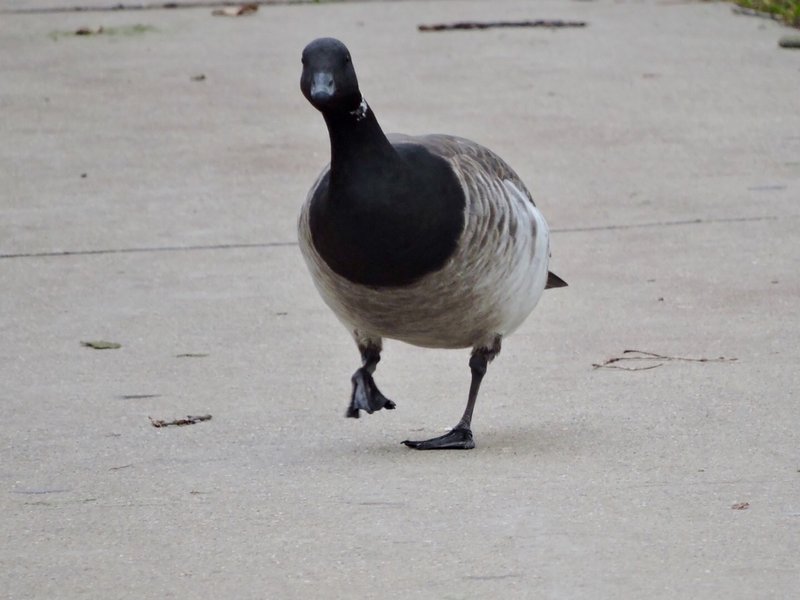 We also spotted this weird dark-morph CANADA GOOSE. Anybody have any ideas as to what race this guy belongs to? 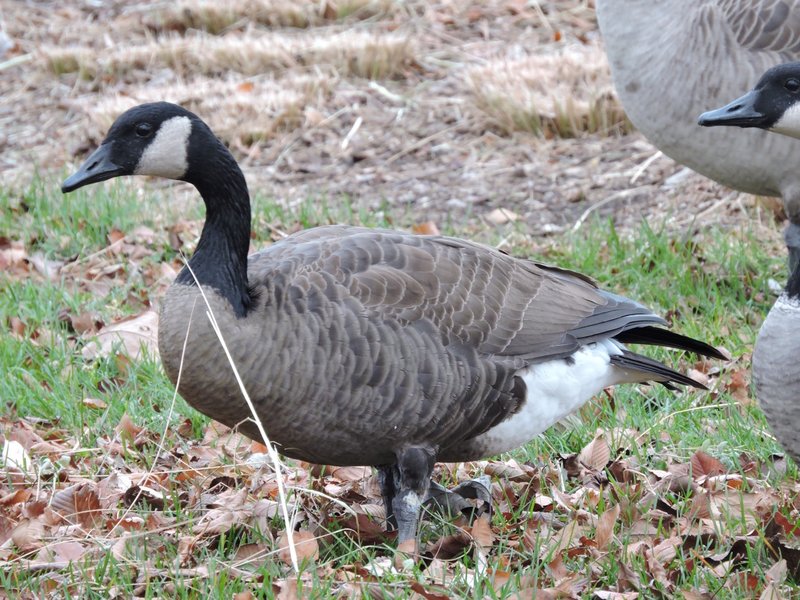 It was a fantastic day of birding! Bird-of-the-day goes to the Brant, of course, with runners-up to the cute little Snow Buntings!

Congratulations! This little guy is indeed cute! I am hoping to see some snow buntings here. I've actually seen a saw-whet, on the finger (they are really small) of one of our local wildlife rehabilitators, Merv Broten. He and his wife Sue rescue many birds and other animals, all at their own expense.