More catch up - this time from early June

On June 2, Eddie Kasper and I headed over to the Palos area to scout out for an all-day "Big Day" on June 4 where the two of us and two other young birders would try to find the greatest number of birds as we could during one whole day of birding within Cook County. 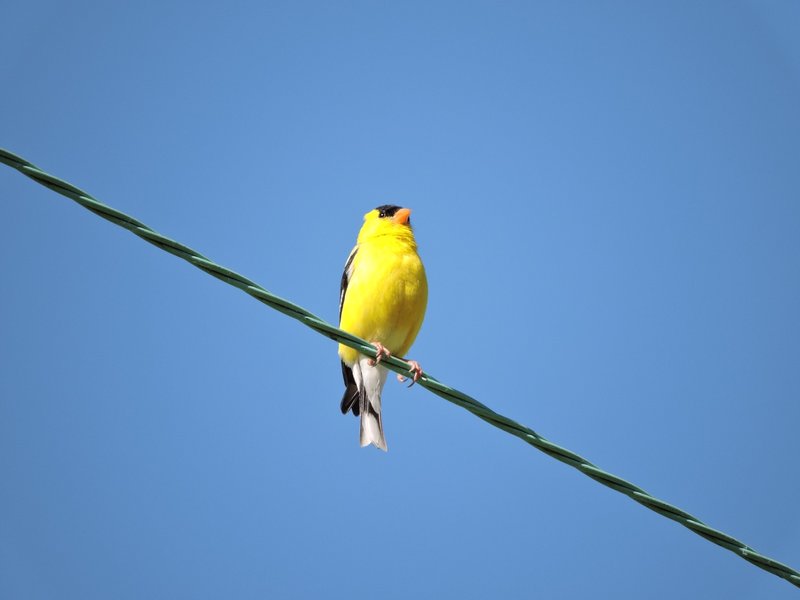 Our best find was this BLACK-BILLED CUCKOO, a seldom-seen species that perched pretty nicely in the canopy before flying off: 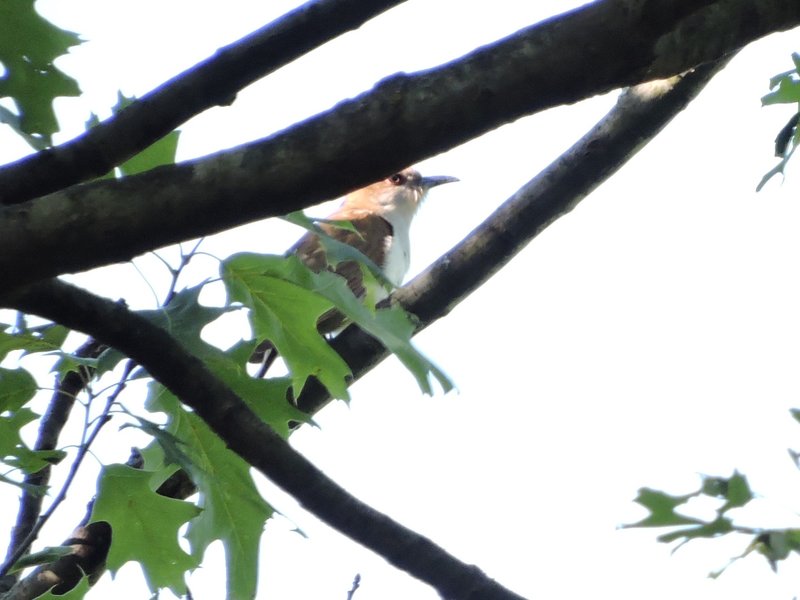 Before we knew it, our alarm clocks rang at 3:30am on June 4 and four extremely drowsy young birders (Eddie, Jake, Isoo, and myself) piled into the car parked just outside Eddie's house where we had all crashed that night.

We made it to our first stop, Buttonbush Slough, a smidge behind schedule at 4:10am (because it's an all-day affair, the event must be planned out impeccably to the minute beforehand with little margin for error). We kicked off our day with AMERICAN ROBIN and were soon nicely on track, gaining our target VIRGINIA RAIL heard calling at the Slough.

Next, it was off to McClaughry Springs Woods where we successfully called in our BARRED OWL, whose eyes you can see shining in this photo. A pair or even possibly a trio of them then proceeded to call their eerie monkey-howls which echoed through the forest at the early hour of the morning. 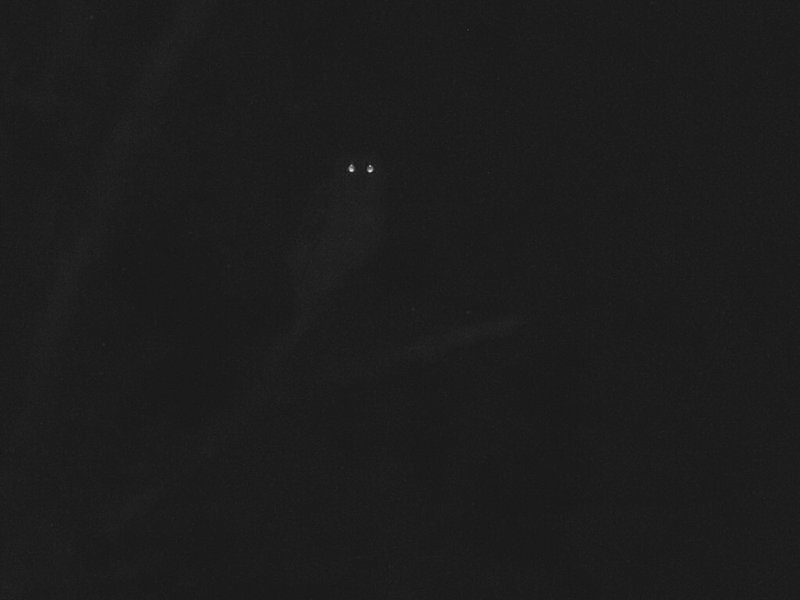 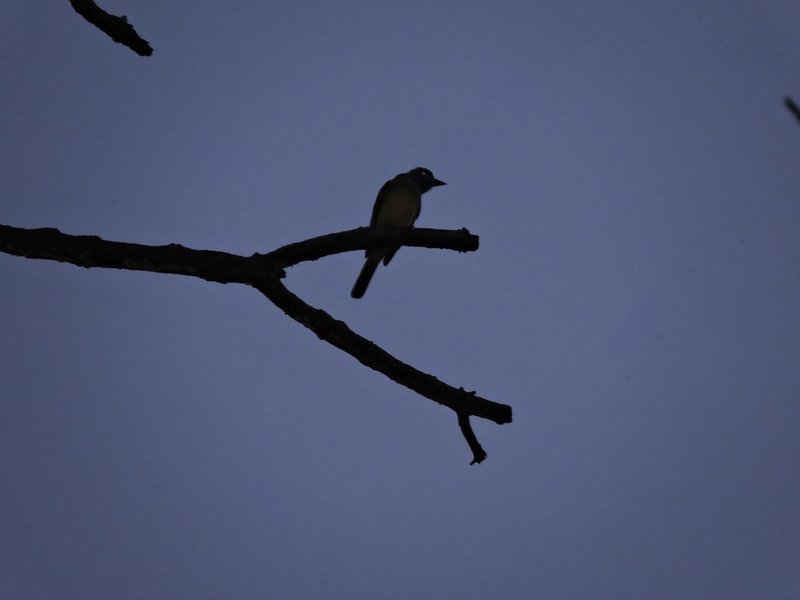 Swallow Cliff Woods was slower than expected, although we did pick up a heard-only ACADIAN FLYCATCHER, and then it was off to the Ford Road/Cap Sauer area where we quickly scoped out these OSPREY on their nest platform: 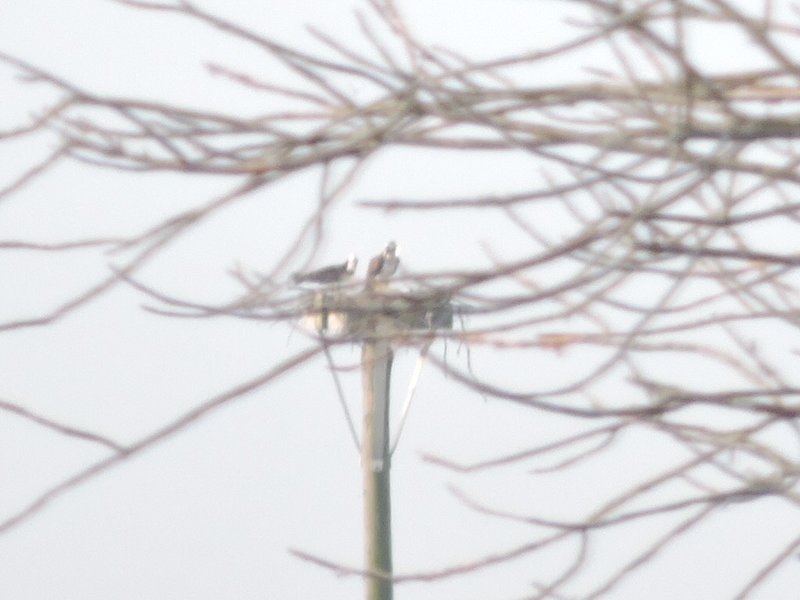 A calling PILEATED WOODPECKER was also noteworthy at this location.

Then, it was off to Orland Grassland (North) where we picked up a good number of open land species including HENSLOW'S SPARROW: 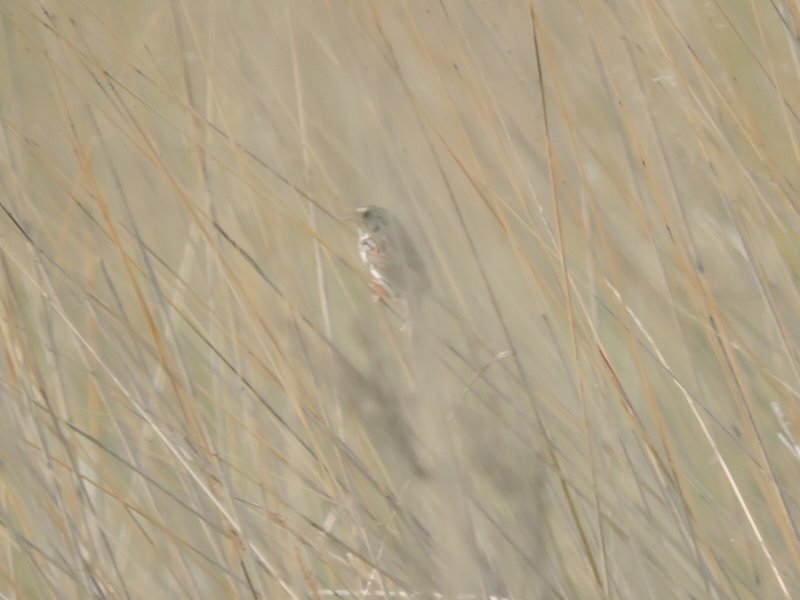 After Orland Grassland North and South, we headed over to Plum Creek Preserve, where we had BOBOLINK: 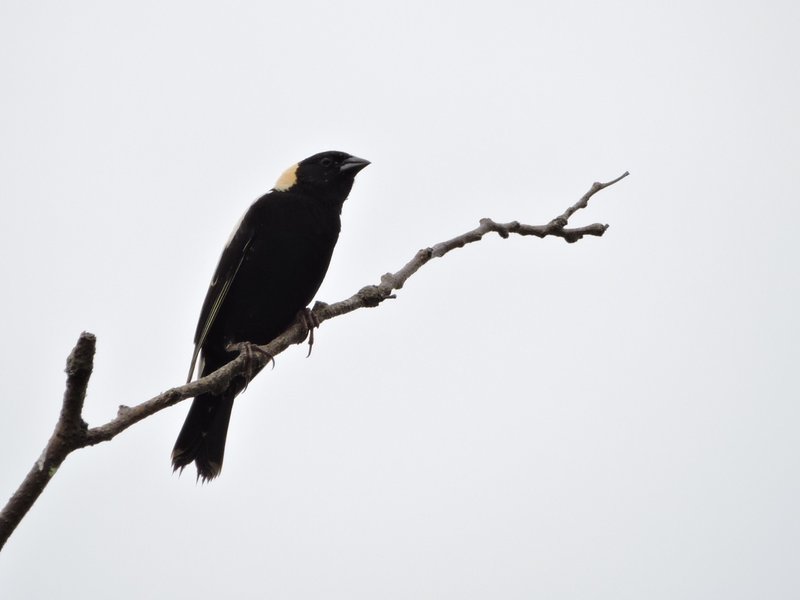 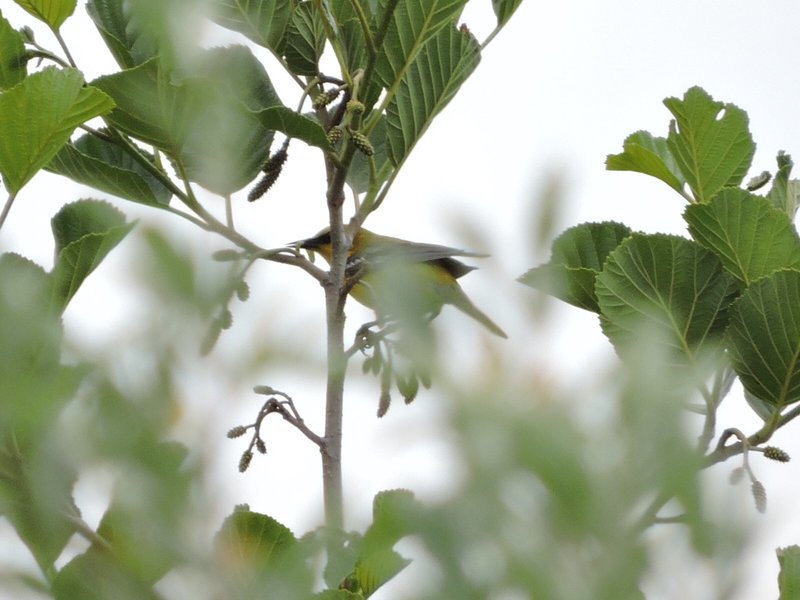 At Eggers Grove on calumet, we dipped on Yellow-billed Cuckoo and the hoped-for Yellow-crowned Night-Heron but we did have its more common BLACK-CROWNED relative flyby: 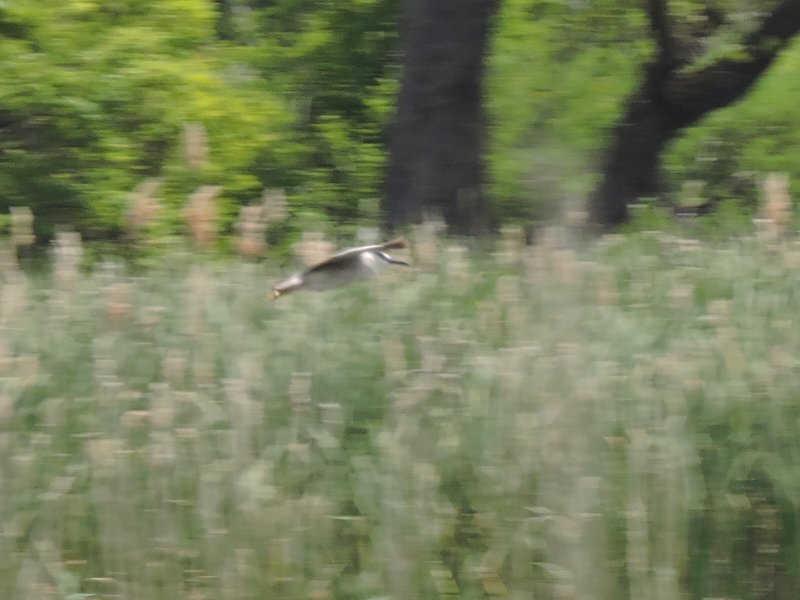 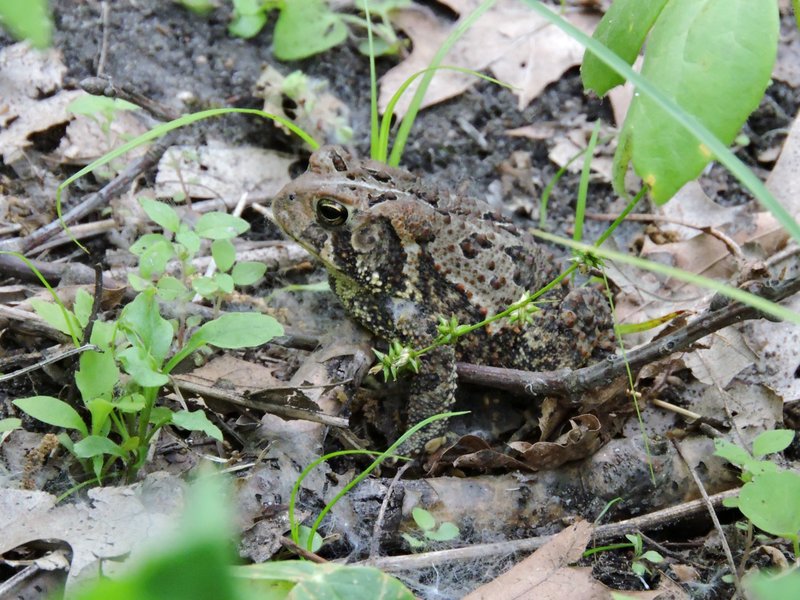 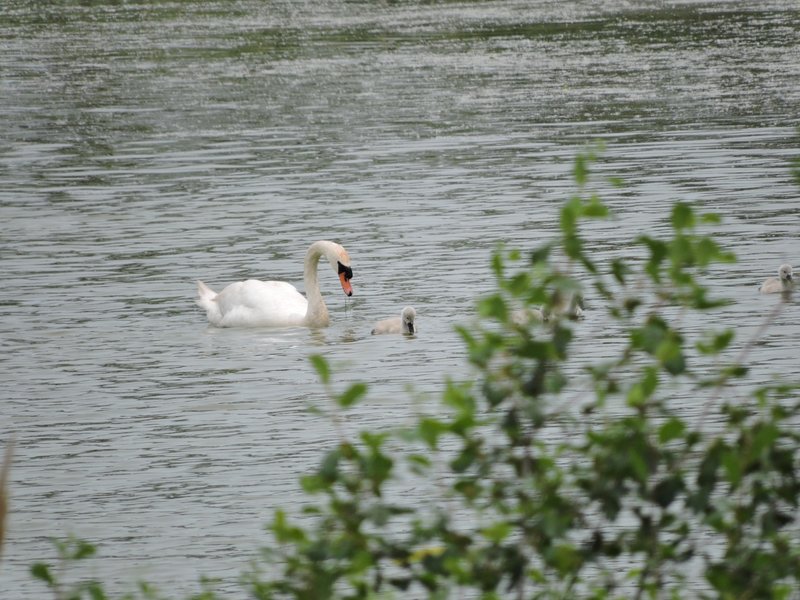 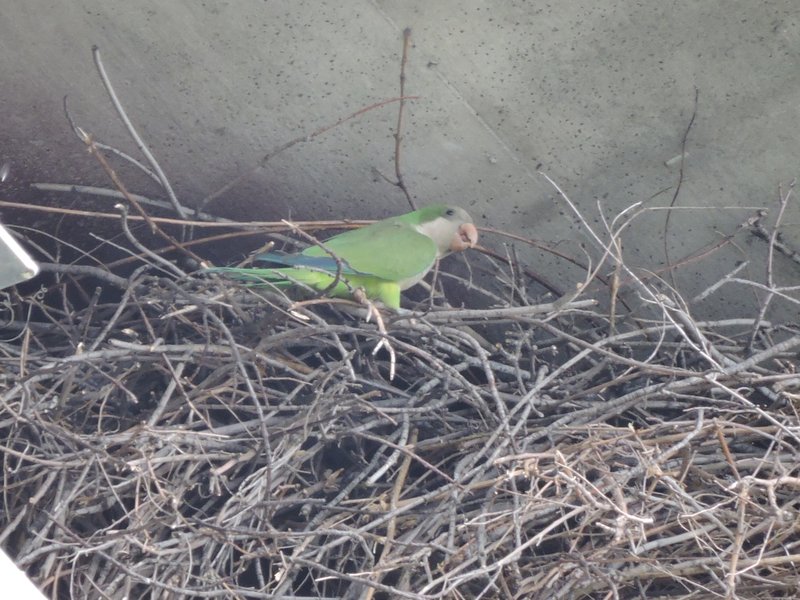 After a full day of birding, we only finally picked up ROCK PIGEON on the north side at about 4:45pm. 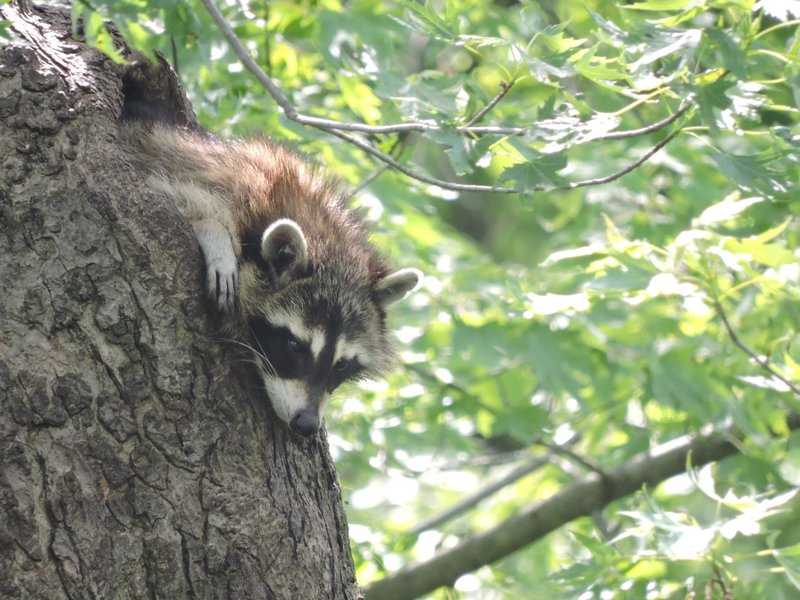 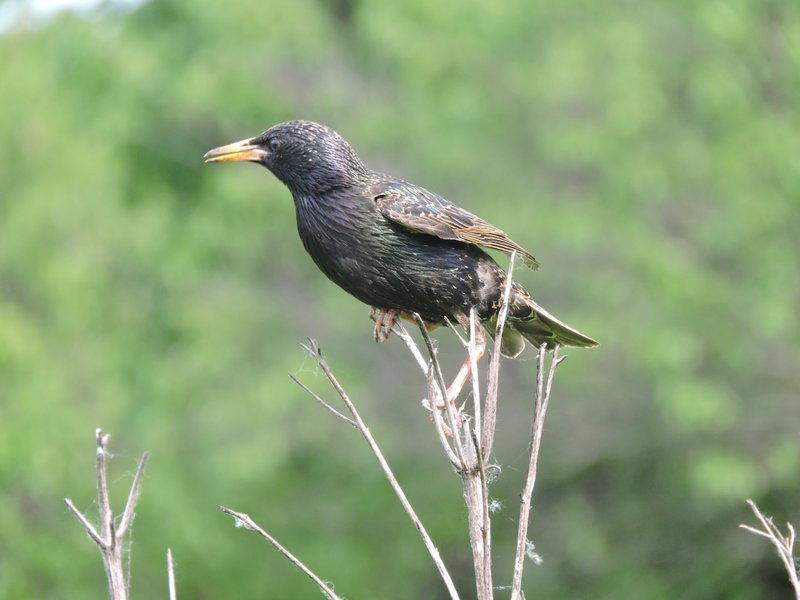 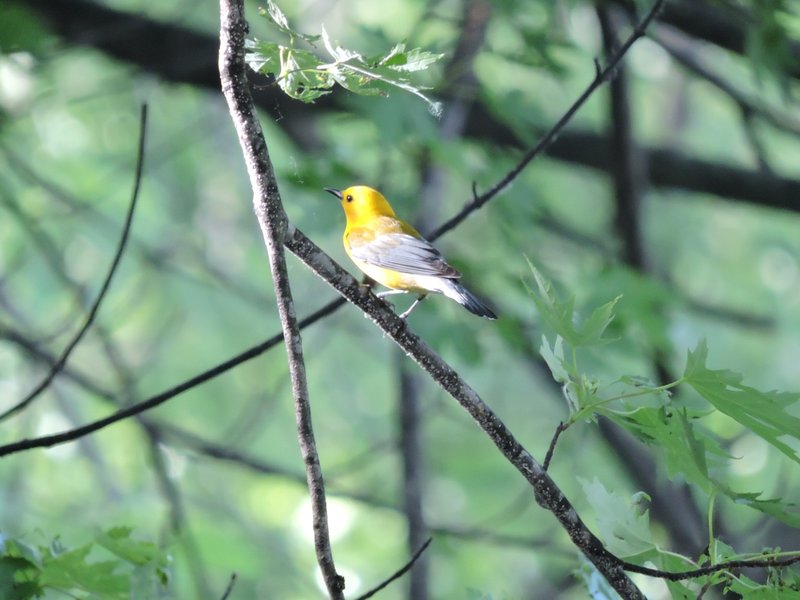 WILLOW FLYCATCHER at Paul Douglas Forest Preserve, where we also picked up our hoped-for COMMON GALLINULE. 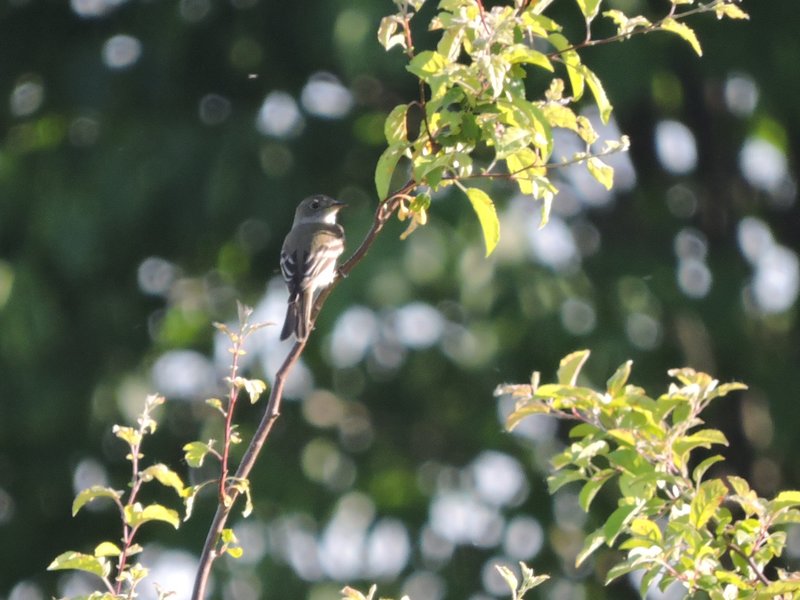 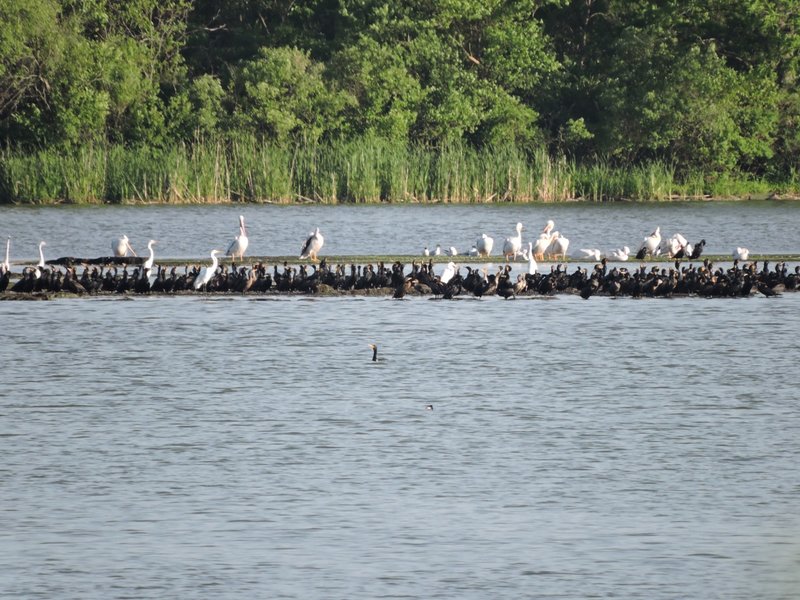 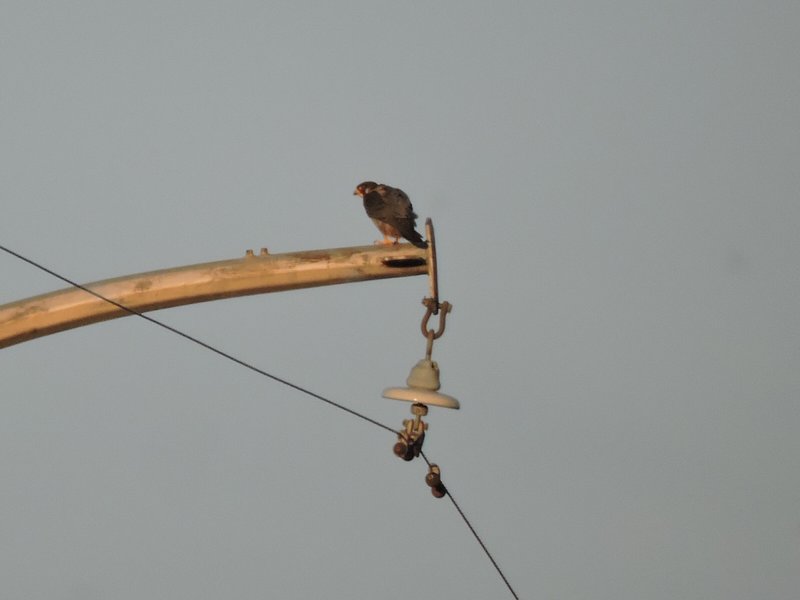 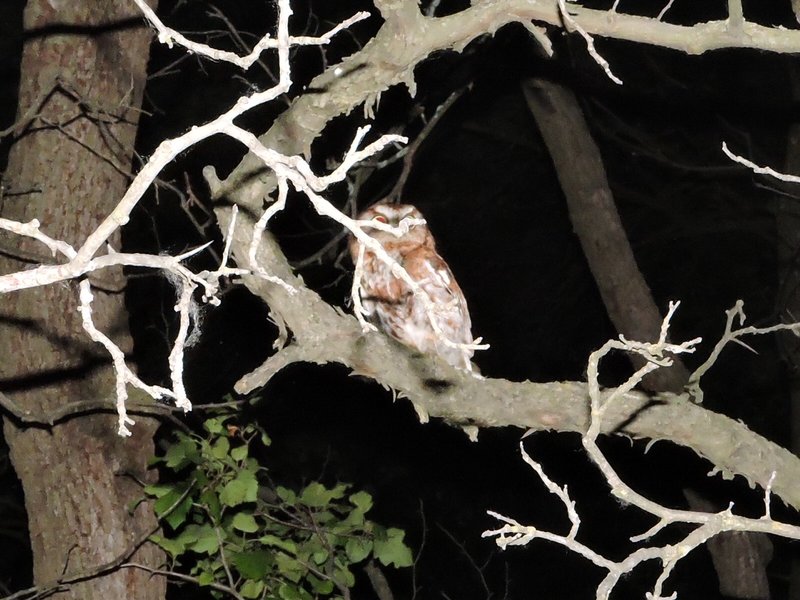 This GREAT HORNED OWL, as well as an AMERICAN WOODCOCK and COMMON NIGHTHAWK, all at Miller Meadow, provided a grand finish to the 18-hour, 100+ mile, 98-species young birder big day! 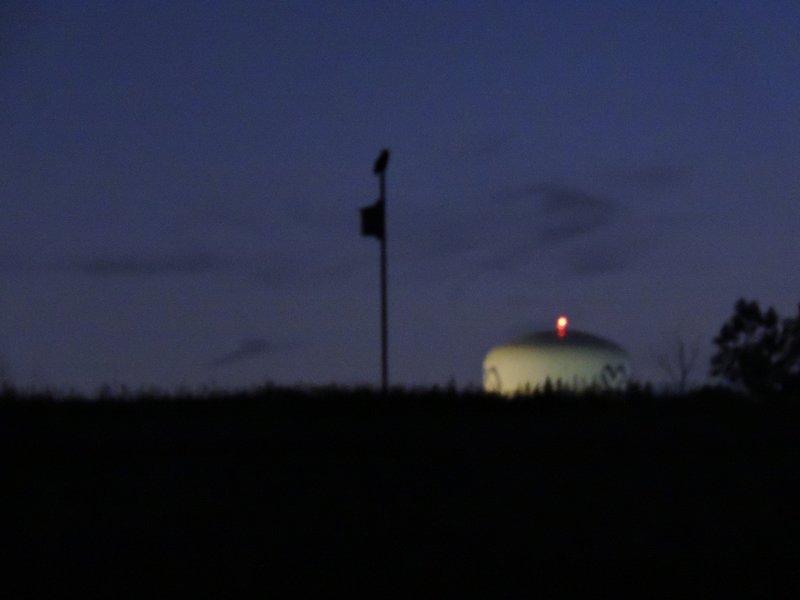 Overall, it was an extremely enjoyable day. Although we wanted to get around 120 species, two factors which were extremely bad traffic due to the beach at Montrose, as well as the high temperature which quieted bird activity fast, limited the count to 98 for the day.

Bird-of-the-day in my opinion goes to the hooting BARRED OWLS at the beginning of the day, which were absolutely magnificent.

Posted by skwclar 21:05 Archived in USA